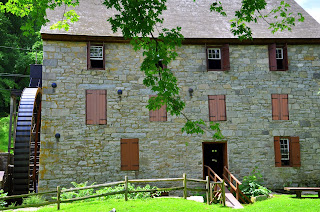 Visiting an historic home, or old factory, or those fast disappearing grist mills, is a walk among the ghosts of the former inhabitants. I love exploring these places, peering into corners for the stories of the people who lived and worked there, and Rock Run Historic Area, tucked away in the Susquehanna State Park, in Harford County, MD, didn't disappoint. Including the beautifully preserved buildings, it comes replete with the stories of the mansion's inhabitants, including some about contemporary descendants of the original family that tried to pilfer china given by the family to the park service and the heroic (but misguided -- personal opinion only) exploits of Confederate Brig. Gen. James J. Archer, one of the family members. Take the opportunity to hike along the river as well -- the trail and view are lovely. 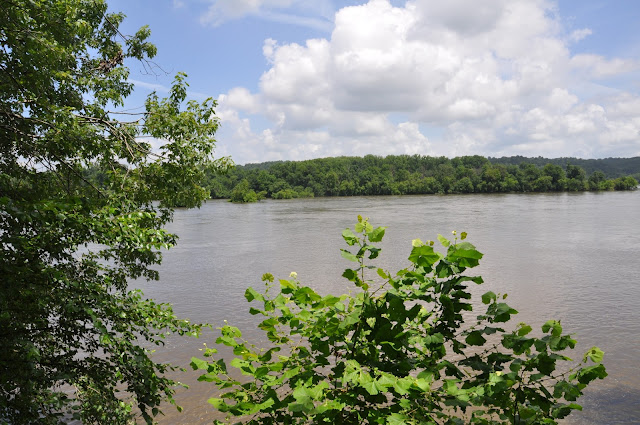 The Rock Run Historic Area is the site of an historic grist mill, the mill-owners' home -- the Rock Run, or "Carter-Archer" Mansion, an old spring house, a gorgeous stone carriage barn (that helpfully provides restrooms for the over-saturated traveler), a mill pond and rather lovely little waterfall, the miller's house, and the toll house for the covered bridge (that washed away in the 1850s). 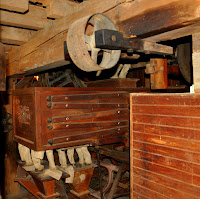 The old grist mill, built in the last years of
the 18th century and operational in 1800, has much of its machinery still intact inside. Although because the mill operated until the 1950s, not all of what remains actually dates back to 1800. In fact, the mill was refurbished several times -- the inside machinery around 1900, but the water wheel, which originally was wood, is now steel, and was installed in 2007. Still, the boys and I found meandering around the four floors, poking into the cobwebs, interesting... okay, I may have found it more interesting than they did, but they did ask a few questions about the machinery, and I was satisfied with that.

The next stop on the tour is a two-story spring house, well preserved, and sporting the same stone the mill and most of the other buildings on the site were built with. After that we walked up the hill to the Carriage Barn, although it wasn't open to go inside -- a situation I'd like to see the park service remedy, although it's worth noting that rest rooms take up much of the lower floor of the building. From there, it's a short stroll up to the mansion, which is well worth touring. 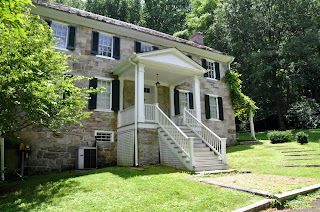 Some of the rooms are refilled with furniture reflecting the period of the original inhabitants. Of particular interest, I thought, especially for my sons (who really weren't as awestruck as I was by the period pieces and the well-equipped colonial-era kitchen) was the slave quarters above the kitchen.

By the way, I love when docents call it the servants' quarters, but then admit that, no, really only slaves ever stayed in rooms so dingy and small and sweltering as the apartments above the kitchen, including the attic sleeping quarters. The Archer family were slave holders, and in fact, at least one of the sons ended up fighting for the Confederacy.

The narrow stairway leading to the slave quarters are about 2 feet wide, and then finally the ladder stairs up to the attic sleeping quarters, where supposedly the family would lock their slaves into each night -- no matter the heat, the windows were nailed shut. Our guide offered to bring us up the narrow stairway -- maybe 2 feet wide at most, and the doorway itself was about 18 inches. I squeezed through it. And then my feet were treading the same staircase that those unnamed slaves trod each night, as they were forced upstairs and locked in (according to the docent) because of laws made in the wake of the Nat Turner uprising. I was also struck that despite the fact that the house was inhabited until fairly recently, and even air conditioning and electric, as well as a bathroom installed, these quarters obviously remained much as they had been in the 1800s. I wondered if it had been used as storage or whether the family had simply locked the door and then just ignored the space. 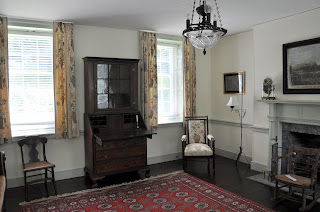 James J. Archer, born at the house (according to the information plaque near the mansion) December 1817, was the eighth of his parents' 11 children. He graduated Princeton in 1835, attended Bacon College in Kentucky, then studied law at University of Maryland. He practiced law until 1847, when he was commissioned a captain in the U.S. Army during the Mexican American War. He was cited for meritorious conduct at the Battle of Chapultepec (Sept 12-13 1847) and brevetted to major. Archer returned to civilian life, but rejoined the army in 1855, serving in Washington and Oregon until the outbreak of the Civil War, when he resigned his commission and was given the rank of colonel. He served with distinction in the Peninsula Campaign, the battles of Antietam, Fredericksburg, and Gettysburg. During the latter battle, he was wounded during Pickett's Charge and taken prisoner by the Union Army. He stayed a year in a Union prison on Johnson Island, OH, ruining what remained of his health. Through a prisoner exchange, he made his way back to Richmond, VA, but died there before he could rejoin the fight. 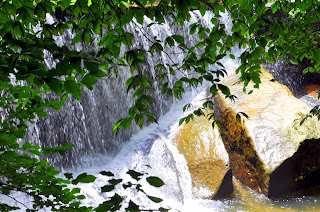 From the house it's worth taking a walk in the woods behind the house to the mill pond, if only to see the lovely little waterfalls. From there follow the trail back down to the river to see the Toll House, which also sells water and sodas, and offers an interesting exhibit on the area ecology and the merits of recycling.

Getting there: The back of the self-guided walking tour brochure that I downloaded from the park's website lists an address that is, in fact, the maintenance facility for the park. I know because I went there. However, that's where we encountered two very adorable, curious spotted fawns, who just stared at us, and even started moving toward us, until one of them got spooked and fled. If you punch that into the GPS, but then keep going on Wilkinson Road, you'll encounter signs for the historic area that will get you to where you really want to be. 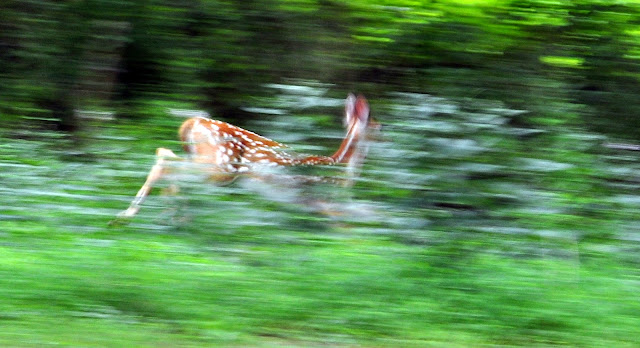 Hours: The mansion is open 1 p.m. to 4 p.m. Saturdays and Sundays. The park itself is open sunrise to sundown. Admission fee required. 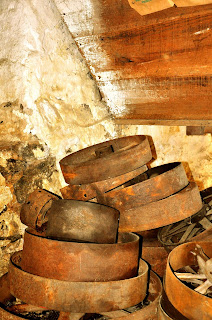 Dogs: Welcome in the area and the trails, but not in the grist mill or mansion, so if you're planning on poking around in those buildings, then get one of your group to agree to stand outside with the pooches or leave the poor mutts at home.

Eats: Pack a picnic -- the scenic river drive leads out of the historic area, and there are several places for picnics.