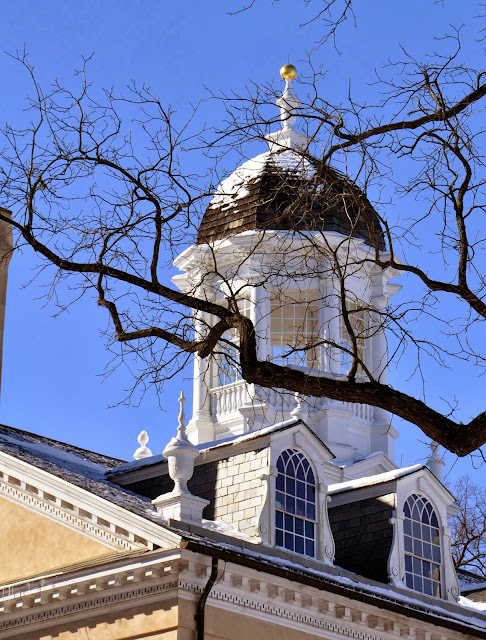 Hampton National Historic Site is an historic house whose owners witnessed and formed the history of Maryland and the young United States as it unfolded; a grand old home that was much loved by its owners, who eventually made the decision to save it (because of declining financial fortunes) by opening it up to the public; and a mansion and estate in which countless individuals, both black and white, were enslaved or served.

It really is an amazing place.

Hampton Mansion is the ancestral summer home of the Ridgelys, including an early Maryland Governor, Charles Carnan Ridgely, and remained in the family for over 150 years. All the major names of Maryland history seem to have a connection to the estate and Ridgely family: Howards, Dorseys, Carrolls, among others.

The family's fortune began with the founding of ironworks
on a tributary of the Gunpowder River in the 1760s. Throughout the Revolutionary War, the Ridgely ironworks supplied arms and implements to the patriot cause. They became so wealthy that Captain Ridgely, who also owned a merchant fleet, began constructing the mansion in 1783. Unfortunately for him, he didn't get to enjoy the mansion for very long, dying shortly after it was completed in 1790. During his lifetime, he expanded his estate from 1500 acres to 24,000 (almost the size of Baltimore city).

Although his nephew, Charles Ridgely Carnan, inherits the mansion, there's a catch -- he must take Ridgely as a surname, which he happily does. He also inherits 12,000 acres, which he in turn, expands to 25,000, with ironworks, grain crops, beef cattle, thoroughbred horses, coal mining, marble quarries, mills, and mercantile interests. This is the Ridgely that becomes a governor of Maryland, and this is the Ridgely that made Hampton Mansion into the showplace that it was in its heyday.

His son, John, inherits the mansion in 1828, along with the largest portion of the business concerns and 4500 acres. His father's will freed most of his 300-plus slaves. During this time, he and his wife, Eliza, focused on the gardens. John and Eliza's son Charles, was a Southern sympathizer (makes sense, given the estate's slave-based economy), and was elected Captain of the Baltimore County Horse Guard, which was sent to burn bridges between Pennsylvania and Maryland at the start of the Civil War. The Horse Guard was soon disbanded and Charles was threatened with arrest for actions against the Union Army. Maryland, although a state divided, was part of the Union. He sat out the rest of the Civil War. After the Civil War, Hampton Mansion began its slow decline, and by 1948, the sixth and last Ridgely owner sold the estate to a Mellon Family Trust, which in turn eventually turned it over to the National Park Service.

Hampton National Historic Site offers an exceptional, perhaps unmatched, look at an 18th and 19th century slave estate. At its height, the Hampton holdings enslaved some 300 individuals, including white indentured servants. Judging by the bars and locks on the doors and the pocket shutters, which locked as well, the family feared those they enslaved. Although slavery may have been a system that made for a prosperous estate, it didn't make for a good night's sleep.

The rare surviving quarters for enslaved individuals represent the core of the home farm, across the lane from Hampton Mansion, that housed the work force for the estate, and have recently been restored and opened to the public. The National Park Service honors the lives of those who labored on the estate and in the house -- both black slaves and white indentured servants -- by holding regular tours and educational sessions, aptly titled "Servitude at Hampton: In Black and White," which will explore the "peculiar institution" that fueled the slave-based economy and made vast plantations such as Hampton possible, through an enslaved woman's eyes, and "On the Hampton Plantation: The Overseer's House, Slave Quarters, and Farm Tour," a guided tour through authentic slave quarters, dairy, and the overseer's home. 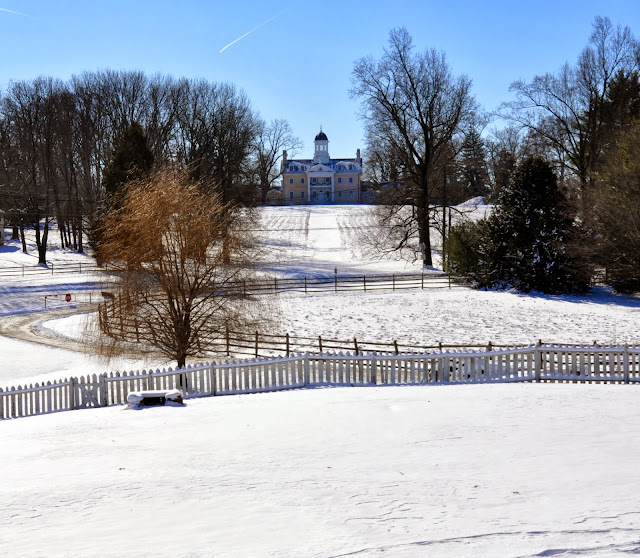 Overshadowed by some of the relatively nearby famous homes of U.S. presidents (Montecello, Mt. Vernon, etc.) Hampton National Historic Site truly is a national treasure, both for the magnificence of the mansion itself as well as for the story it tells about enslavement and indentured servitude in the early 1800s. Hampton Mansion, the centerpiece of this National Historic Site, is considered by many to be one of the finest and largest Georgian mansions in the United States. It now operates under the National Park Service in conjunction with Historic Hampton, Inc.


What makes touring Hampton Mansion unusual is the large number of furnishings that were originally owned by the Ridgelys, providing a look at changing trends, technology (what passed for indoor toilets in the early 1800s), fashions, and society -- there're the rather ugly Victorian chairs, last remnants of a bedroom suite that were burned by the boys of the family; soaring ceilings over 13' high; enormous gilded mirrors, oil paintings by leading American masters; brilliant silver and ceramics from America, Europe, and China; and the finest American and imported furnishings from numerous styles. If you believe in ghosts, perhaps you will sense one in the White Bedroom (or White Room), which is supposedly haunted by a young girl.

Unlike many historic homes in the area, Hampton National Historic Site still retains many of its original outbuildings and landscape features that made the estate a showplace since its construction in 1790. There's a rare ice house dating from 1790 that, when filled in the winter, kept the family supplied with ice through August; a reconstruction of the decorative Orangery, built in 1825, that kept the family supplied with citrus fruit; and two 2-story stone stables, dating from 1805 and 1852, which once housed some of the finest thoroughbred horses in Maryland. Across Hampton Lane, other historic buildings on the property reflect the agricultural nature of the estate, including the dairy, mule barn, and granary, which were crucial to supplying produce and dairy products. Altogether, much to see beyond "just" the house tour (which is all we got to see last weekend). 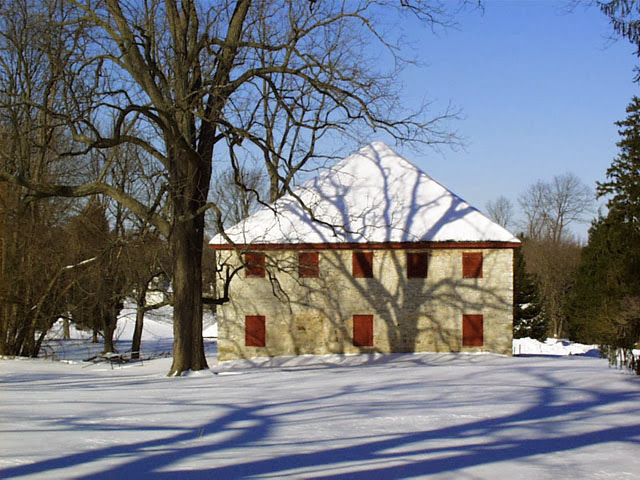 Getting there: Hampton National Historic Site is just minutes off of the Baltimore Beltway. GPS it at 535 Hampton Lane, Towson, MD 21286.

Hours: Hampton's grounds are open daily. Buildings are open Fridays, Saturdays and Sundays 9 a.m. to 5 p.m., except for major holidays.

Dogs: No, not for this site!