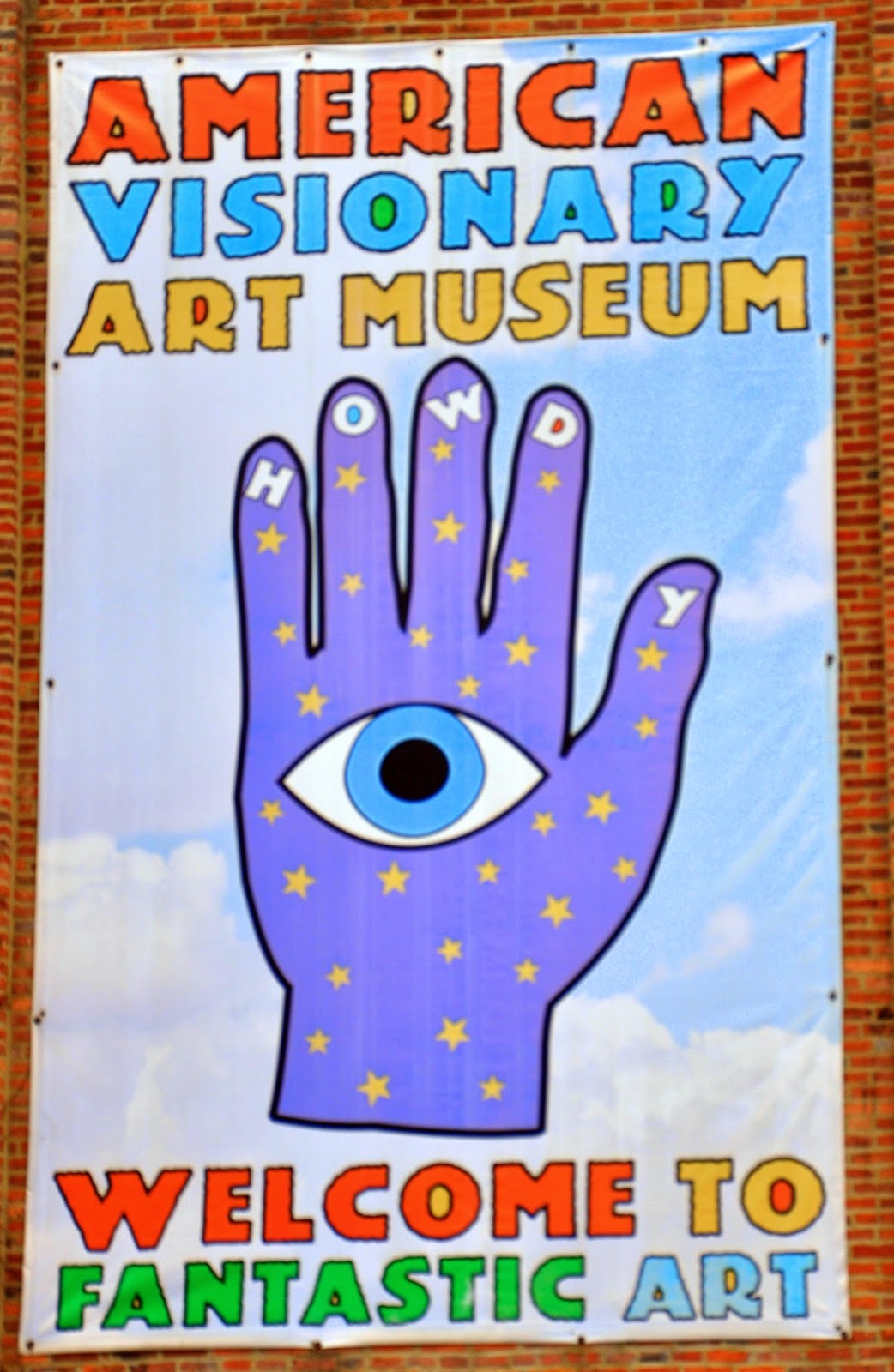 One of the burdens of motherhood is wanting to expose your sons to experiences that will enrich and expand their outlook, and having that desire go not just unappreciated, but aggressively scorned and despised by the intended beneficiaries of your maternal wisdom. But I continue to fight the good fight. That's why, when I learned* about the American Museum of Visionary Art, I knew I had to bring my sons there.

So when two Saturdays ago my 11-year old son said, "Wow Mom, I'm really glad you forced me to come here!" I knew I'd done the right thing. My work as a mom is complete -- I'll never be able to replicate that moment, I'm not sure there's any point in trying. And my blog was made!

Through writing this blog, I've discovered several places in/near to Baltimore I'd never, ever heard of before (check out http://www.midatlanticdaytrips.blogspot.com/2014/01/hampton-national-historic-site.html for another hidden jewel), despite having lived most of my adult life within 20 minutes of Charm City.

For the record, the AVAM really is a neat place. Think giant brassiere spheres and 4-foot high stegasauruses made out of found objects. Think bottle cap art (it's truly amazing what you can do with those things -- and how cool the resulting sculpture is -- I wished I'd thought of that when I was 10 and kicking a bunch of bottlecaps around on the pavement).

So what is visionary art? 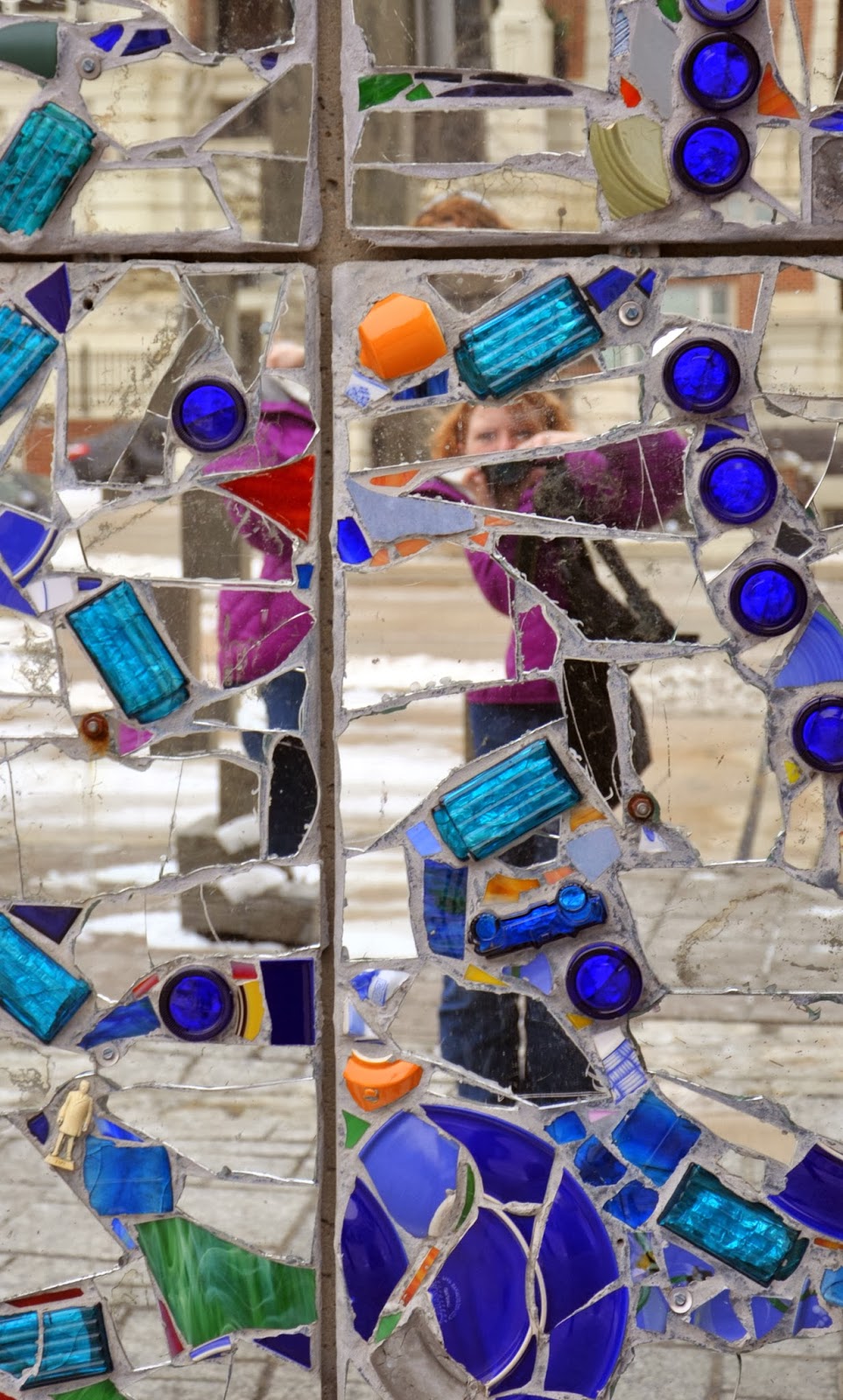 Don't confuse it with folk art. Although like folk art, visionary art is art created by self-taught individuals, usually without formal training, whose works arise from an innate personal vision that revels foremost in the creative act itself. So that last sentence is lifted directly from the AVAM web site (see below for the link). I couldn't make this stuff up -- which is why I'm visiting the art museum and not having my creations displayed within it.

The National Endowment for the Arts defines folk art as art coming out of a specifically identifiable tradition. Folk art is "learned at the knee" and passed from generation to generation, or through established cultural community traditions, like Hopi Native Americans making Kachina dolls, sailors making macramé, and the Amish making hex signs. AVAM notes that visionary artists don't listen to anyone else's traditions -- they invent their own. They hear their own inner voice so resoundingly that they may not even think of what they do as 'art.' They just do it. Hence the bra ball. (So yes, I really was fascinated by that.)

I wish I had photos of all these objet d'art, but once again I've encountered (and honored) the "no photos allowed" policy that frustrates the blogger in me. You will just have to go to the museum and see these for yourself. Photos of the art displays outside the museum will have to suffice to entice.
. 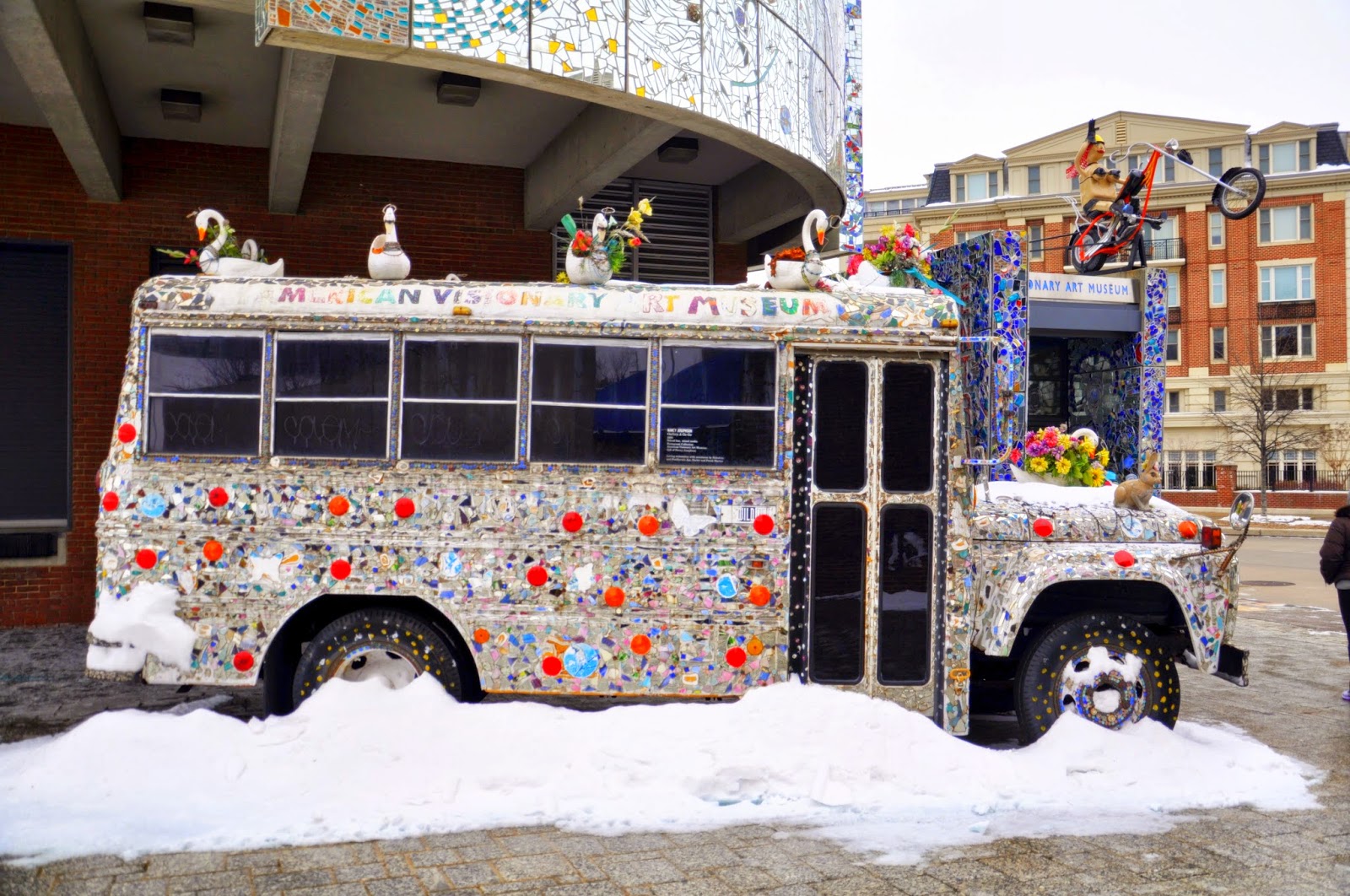 You are greeted at the entrance by a delightful mosaic display of mirrors and brightly colored glass. I am a proverbial crow and love bright and shiny things, ergo I spent about 15 minutes photographing various aspects of it, and the likewise mosaicked school bus. If all school buses looked like this, more kids would want to go to school... 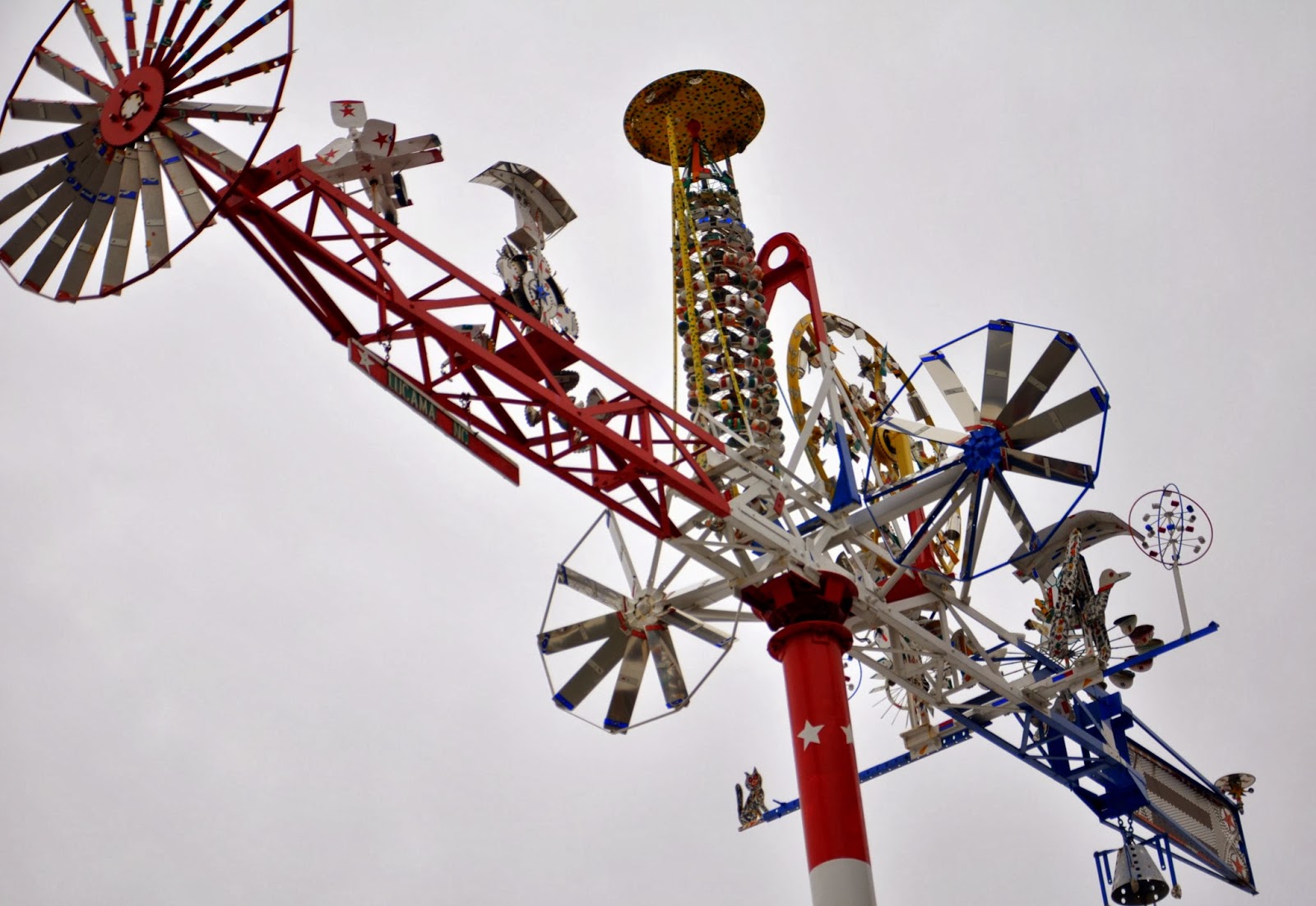 Also unmissable at the entrance is the 55-feet tall multicolored wind-powered sculpture, created in salute to Federal Hill and Life, Liberty & The Pursuit of Happiness, by 76 year-old mechanic/farmer and visionary artist Vollis Simpson.

I was struck most by several pieces in the museum's permanent exhibit. The piece that grabbed us as we entered the permanent exhibit hall was the matchstick model of the Lusitania, created painstakingly over two and a half years by an artist whose name I did not write down, nor text to anyone in lieu of more adequate notes. My 11-year-old was fascinated by it as well, and by the intricate details and the careful inner construction of the ship. The model is about 11 feet long -- but I'm relaying on memory. It was very long, and several feet wide. Of all the pieces in the museum, this was probably his favorite.

Most moving, for me at least, was the "self portrait" by a mental patient who also has tuberculosis. This sculpture of a man had a concave chest, as do many tubercular patients, and it was achingly beautiful.

AVAM's 19th original exhibition is a "timely and playful examination of the serious impact of technology on our lives," as rendered by the vivid imaginations of some 40 plus visionary artists, cutting edge futurists, and inventors. "Human, Soul & Machine: The Coming Singularity!" is a sometimes bizarre and always eye-opening look at who we are and who we can become, or, as AVAM notes, this exhibit is a "hot-wired blend of art, science, humor, caution and hope."

One of the most interesting exhibits as part of this exhibit was (Technology Secrets) Various dates, Postcard reproductions, courtesy of Frank Warren & Postsecret. This display of postcards sent by various anonymous secret tellers reveal the hidden secrets of the senders -- about the hopes and longings and secret fears these people feel.

Tip: Mixing children and art can be tricky. I've leaned that there's a need for speed to ensure that art museums don't become houses of torture and horror to my offspring. I don't bask in awed reverie at each object. Instead, we zip around from one to another, commenting on the color or whatever random thoughts occur to us. Then I usually ask what he thinks about this or that, or which piece was his favorite. Then we quickly move on to the next room. Note: I am sometimes moved, but usually resist, covering their eyes to shield them from a certain display, such as the life-size and amazingly well-endowed and anatomically correct yarn statue of a man.

Check out the blog's FB page for updates on places written about already in the blog :  facebook.com/midatlanticdaytrips!