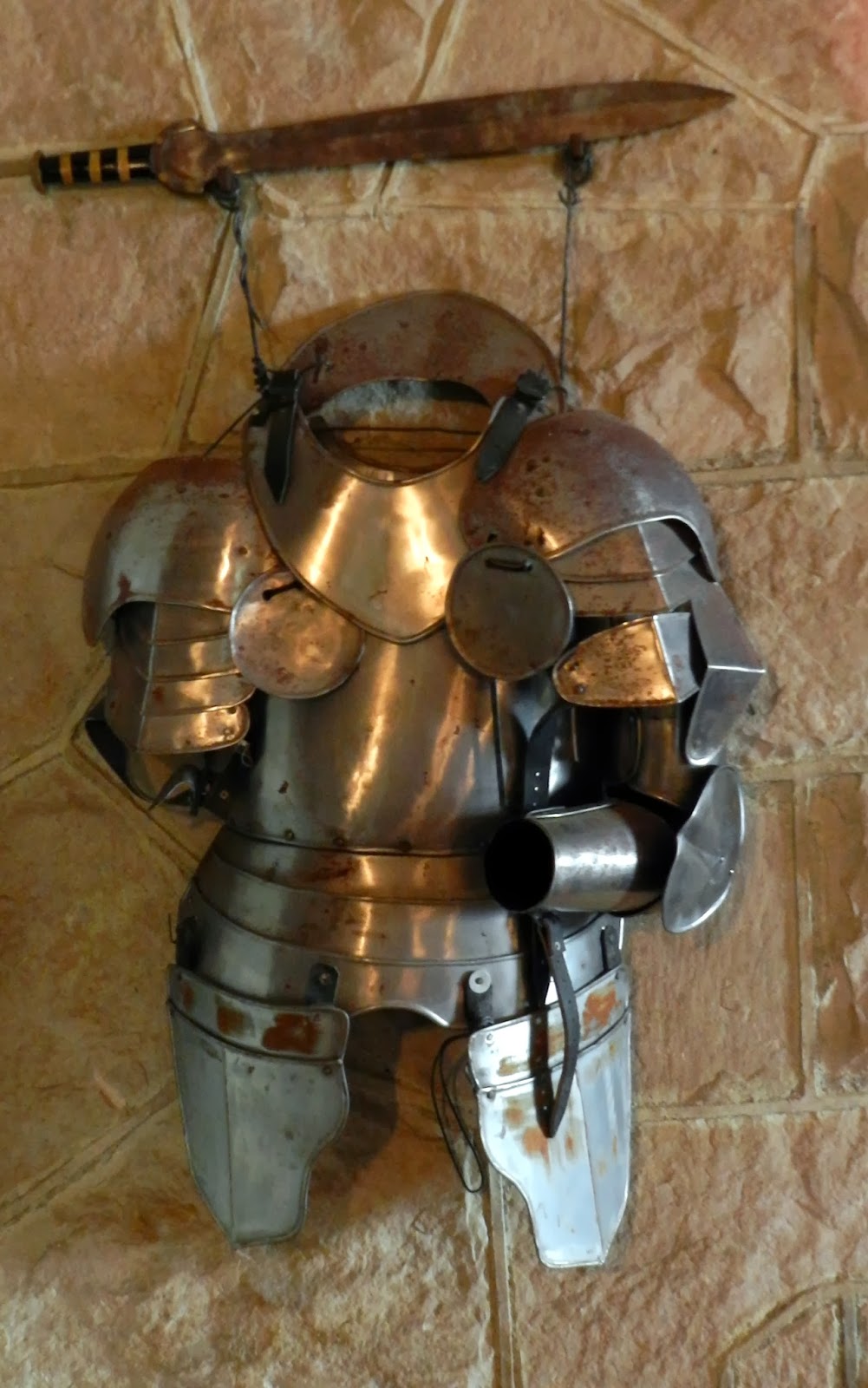 Who can resist exploring a castle? And that's a problem with America for us castle-lovers -- there simply aren't enough of them around. So when you get to tour one, even if it isn't five centuries old, I jump at the chance! I'd like to say that even Boldt Castle isn't castle enough -- it's really just a humongous Victorian mansion (which is coolness enough, and I'll never turn my nose up at touring a gorgeous old Victorian manse).

Singer Castle LOOKS like a real castle (by design). It's kind of boxy and huge and has crenelations and towers. Like Boldt Castle, it's on its own island in the St. Lawrence River, called Dark Island. It was built for Frederick Gilbert Bourne, president of the Singer Manufacturing Company (now the Singer Corporation), producer of the Singer Sewing Machine. Bourne wanted to surprise his wife Emma and their children with an island 'hunting' retreat. He purchased Dark Island and had designed and built the castle originally known as "The Towers” for a cost of about half a million dollars. Italian stonecutters were engaged to shape the granite for the 4-story, 28-room castle, 4-story Tower, and an elaborate boathouse. Dark Island Castle was the last of several "castles" built in the Thousand Islands during the late 19th century. Bourne undertook the project while larger Boldt Castle was nearing completion nearby. 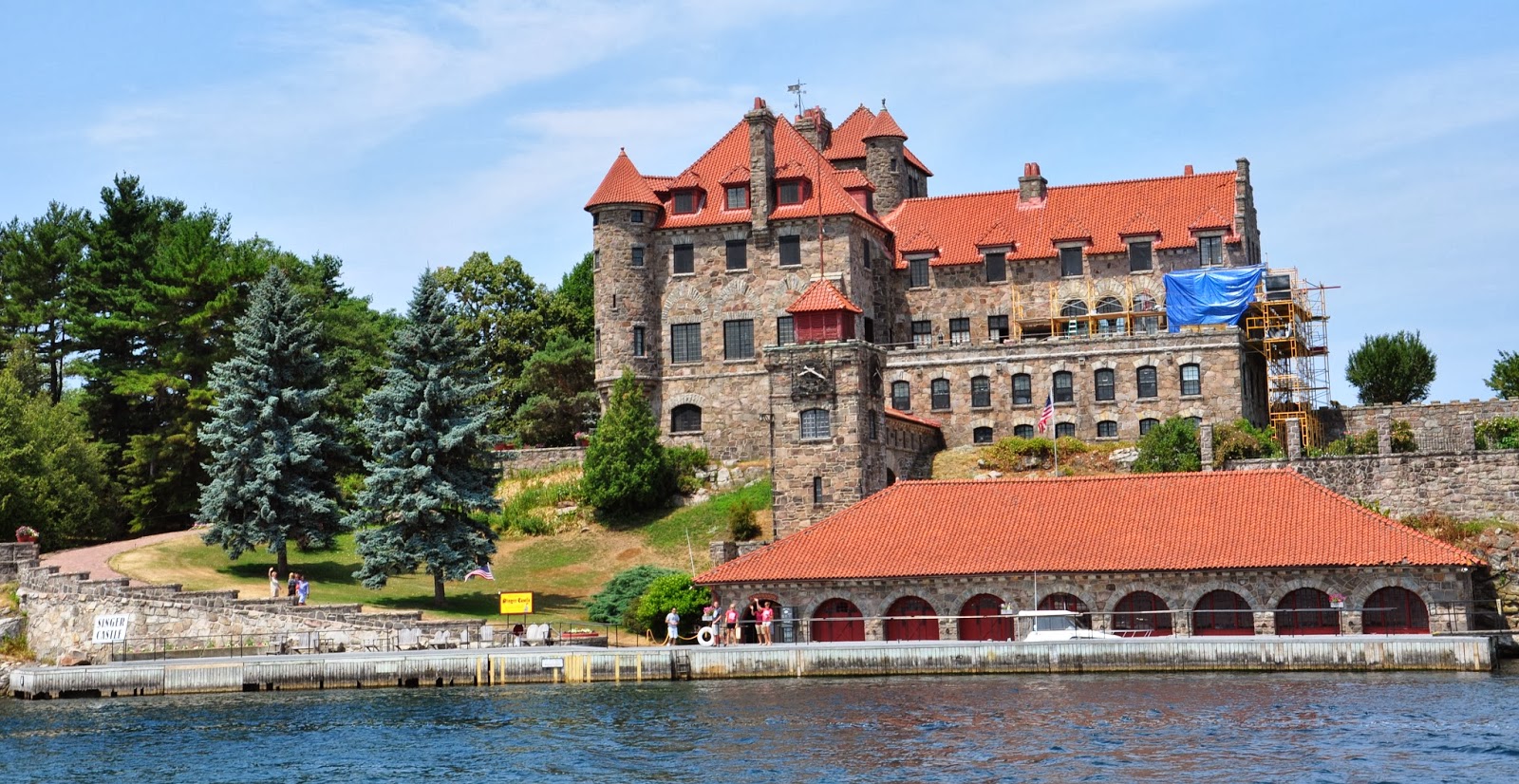 Bourne lived in the castle until his death, when Marjorie Bourne Thayer took over; she lived there and made additions in 1928. After Marjorie's death, the Roman Catholic order Brothers of the Christian Schools, or Christian Brothers, bought it for a school, but it was eventually deemed impractical, and was sold in 1965 for approximately 30k to a vaguely religious charitable organization, the Harold Martin Evangelistic Association. During this Martin interval, the property was called "Jorstadt Castle," from Dr. Harold Martin's family surname from Norway. There was some local controversy and heartburn over whether Martin's organization deserved its taxfree status. It appeared that the castle was primarily a private residence during this period. 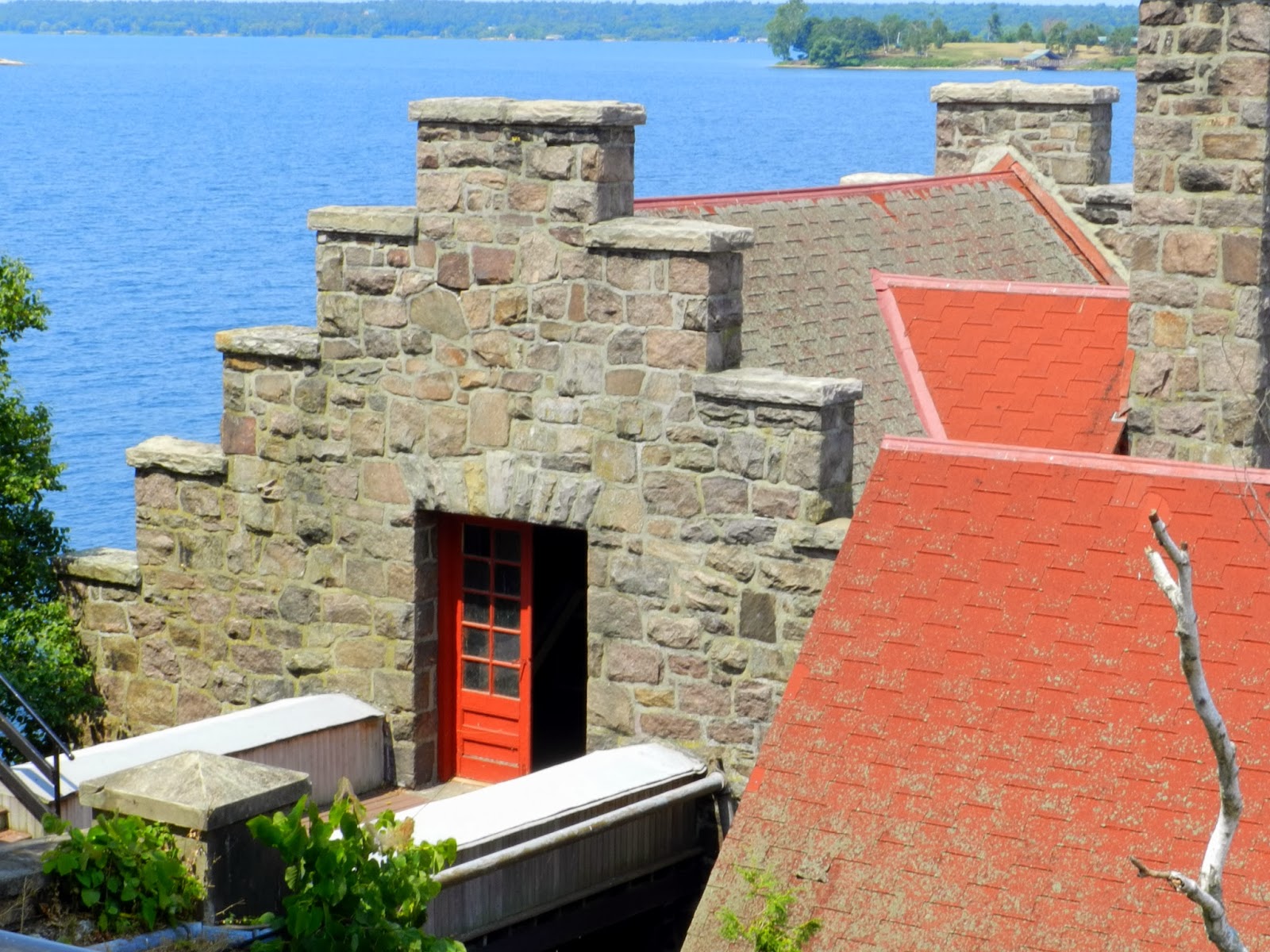 After more than 30 years of Martin tenure, the property fell into disrepair, largely due to the high cost of maintenance. Rumors about the property, together with gradual deterioration of the property and stories about a complex maze of dimly lit secret passageways (there are indeed secret passageways!), complete with a dungeon, all increased the romantic mystique of Dark Island. 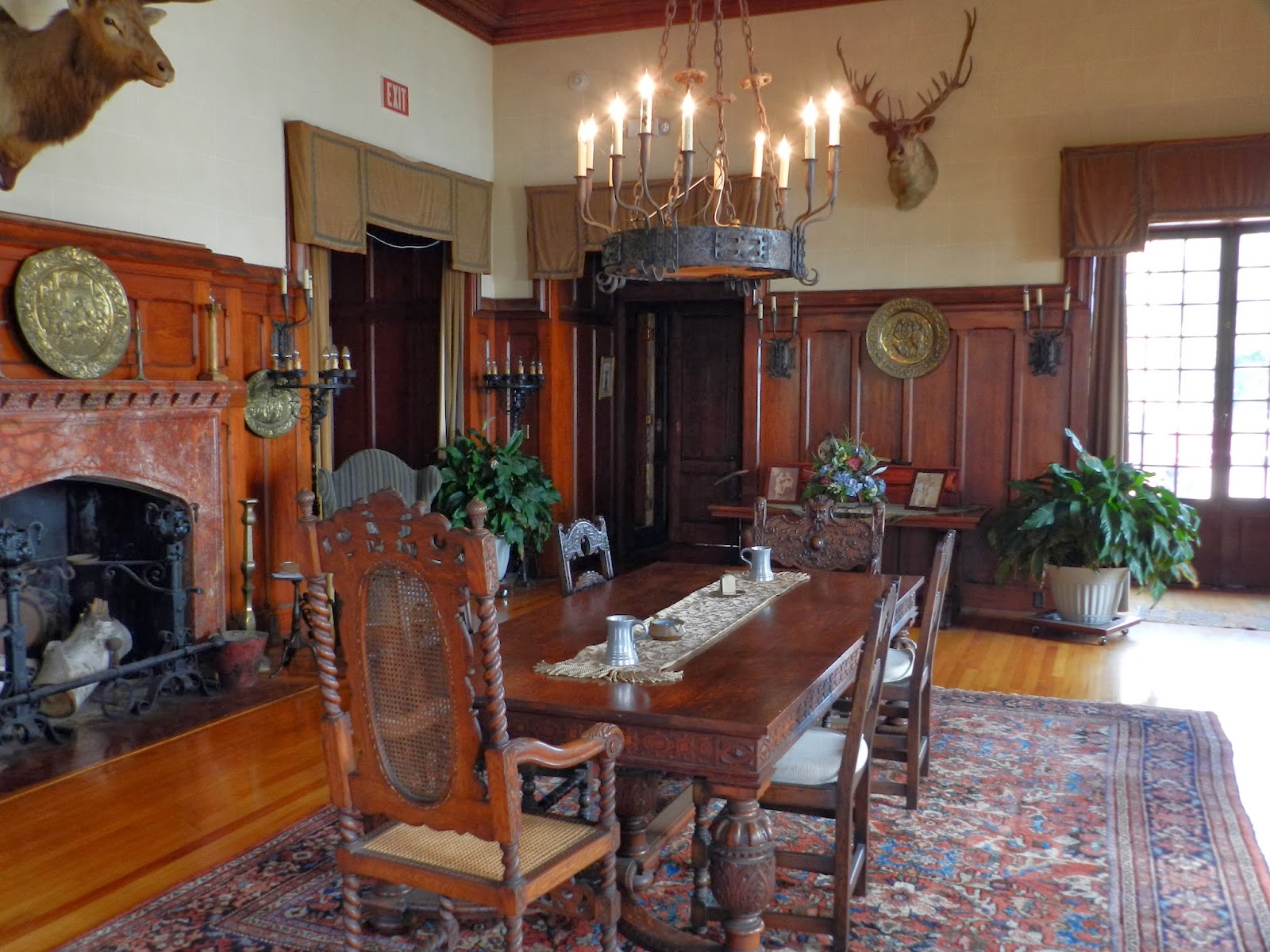 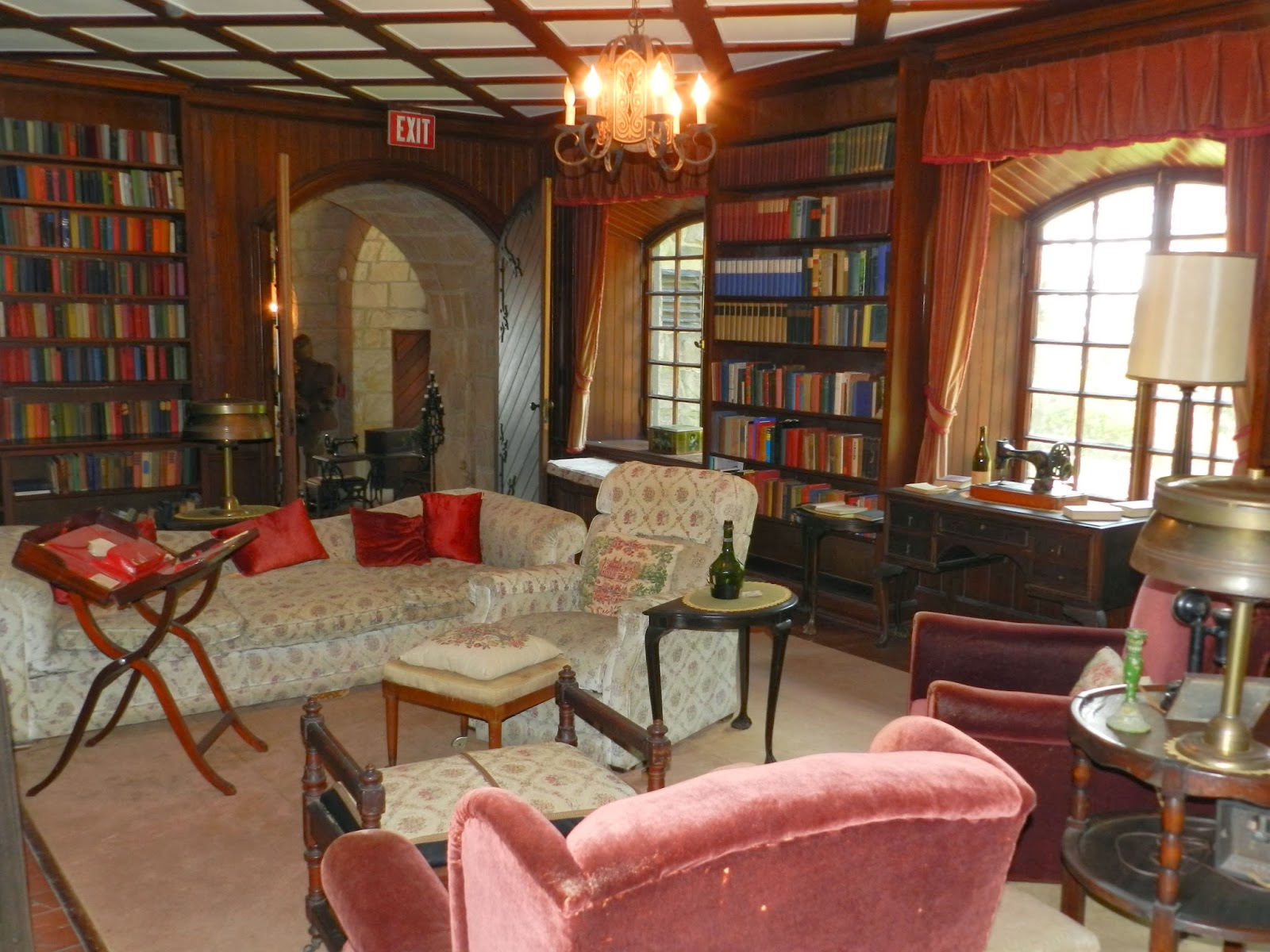 Singer Castle's massive medieval entranceway with knights of armor standing guard beside the enormous marble fireplace. A marble stairway leads up to the former Breakfast Room where large Gothic windows frame the breathtaking views of the St. Lawrence River. The tour went all through the castle, including the bedrooms, gym rooms, and bathrooms, even showing where some of the secret passageways are.

The Castle currently is decorated as it would have looked while Frederick or Marjorie were living there, and it was easy to imagine them in the spaces. 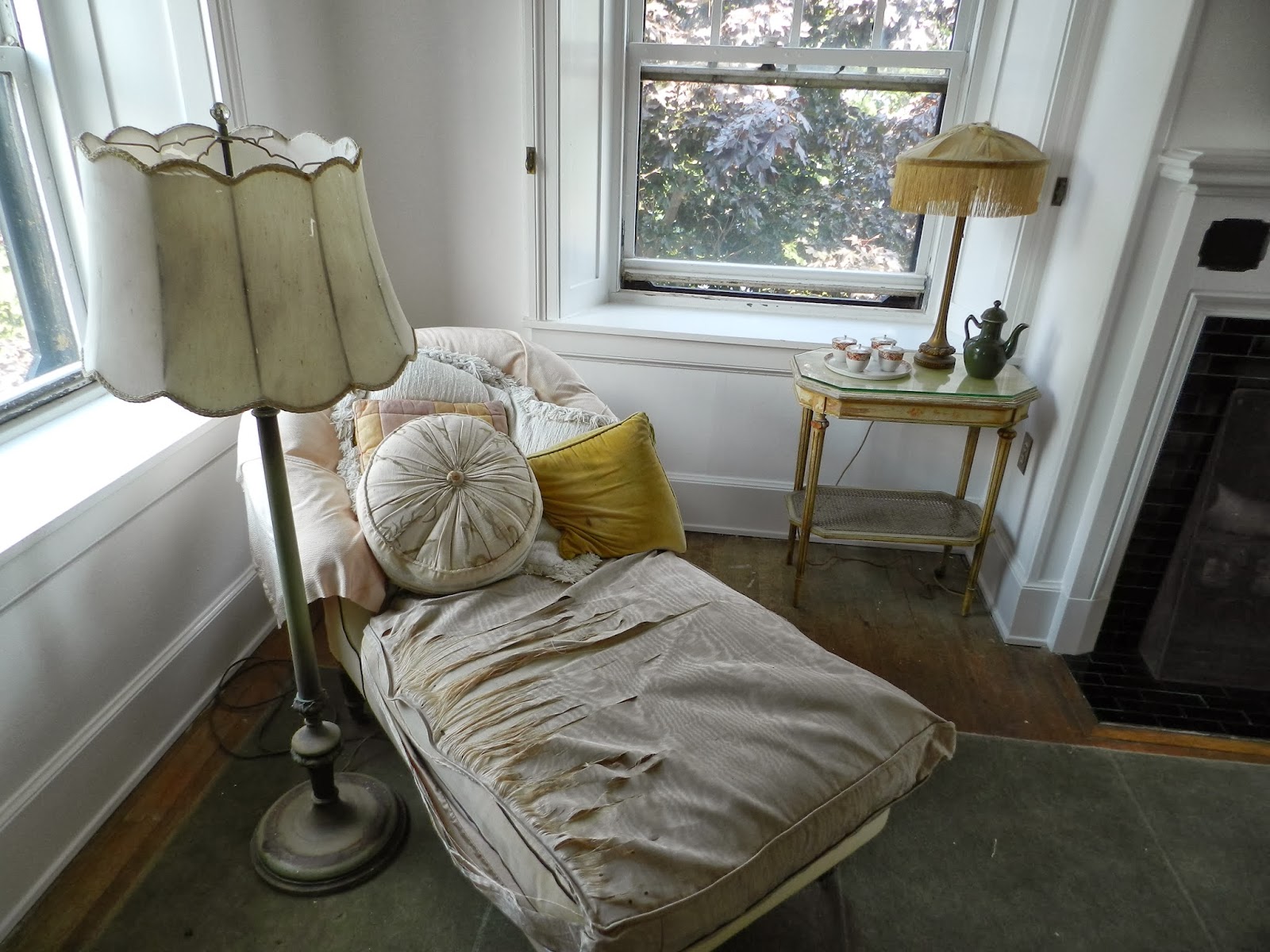 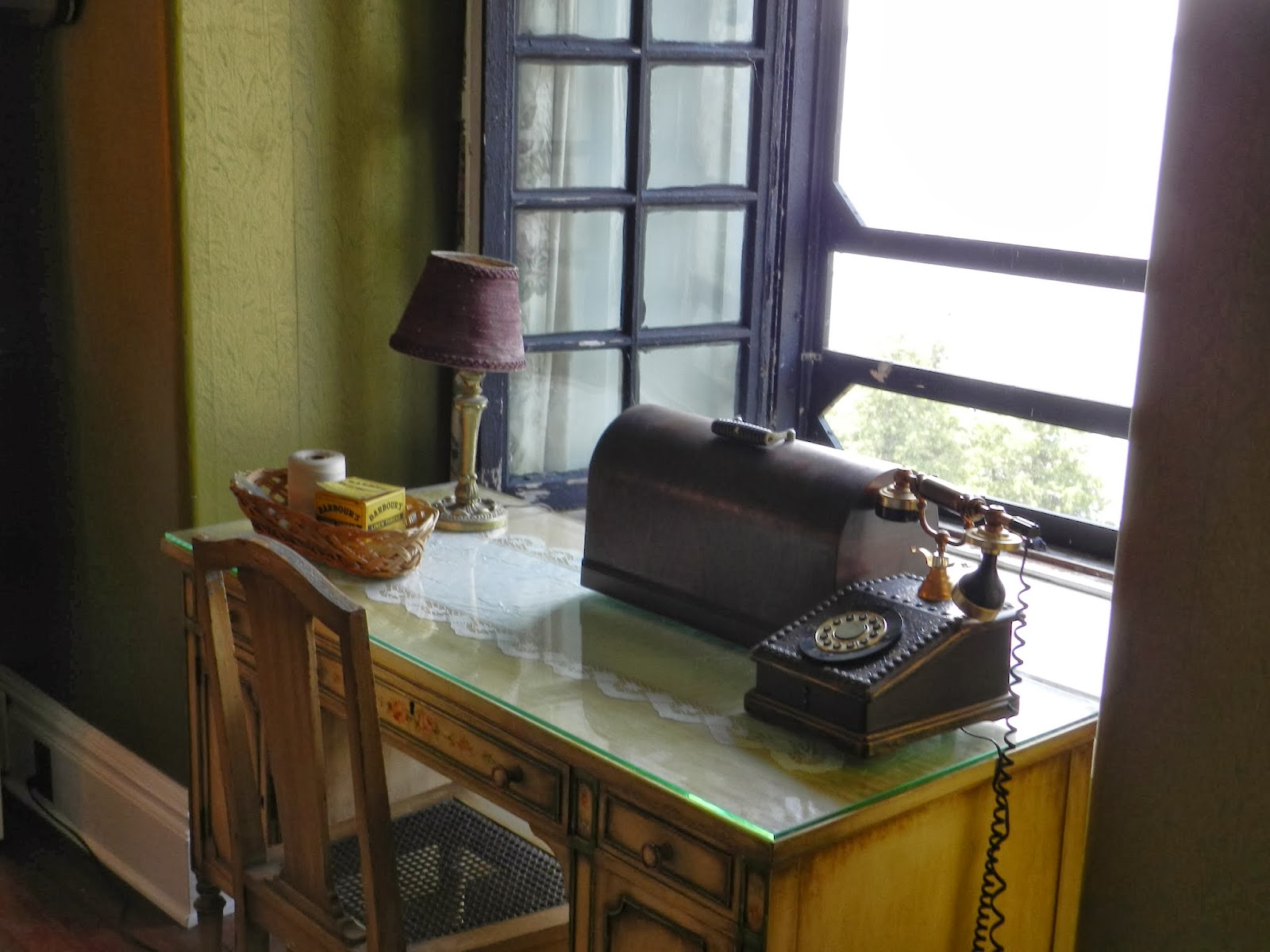 Although the living areas are all formally decorated in a heavy, gothic style, the bedrooms were surprisingly light and airy. Throughout the castle, old Singer sewing machines are appropriately scattered, to remind visitors of how the fortune that built the castle was earned.

Getting there: Singer Castle, on Dark Island, is located in the St. Lawrence Seaway in the United States and is only accessible by water. There are several tour companies with cruises to take you to Dark Island.

Eats: The cruise offered a snack bar that offered the usual snacks (pretzels, tortilla chips, etc., and a variety of soft drinks. It was also acceptable to bring a picnic and eat it on board as well. 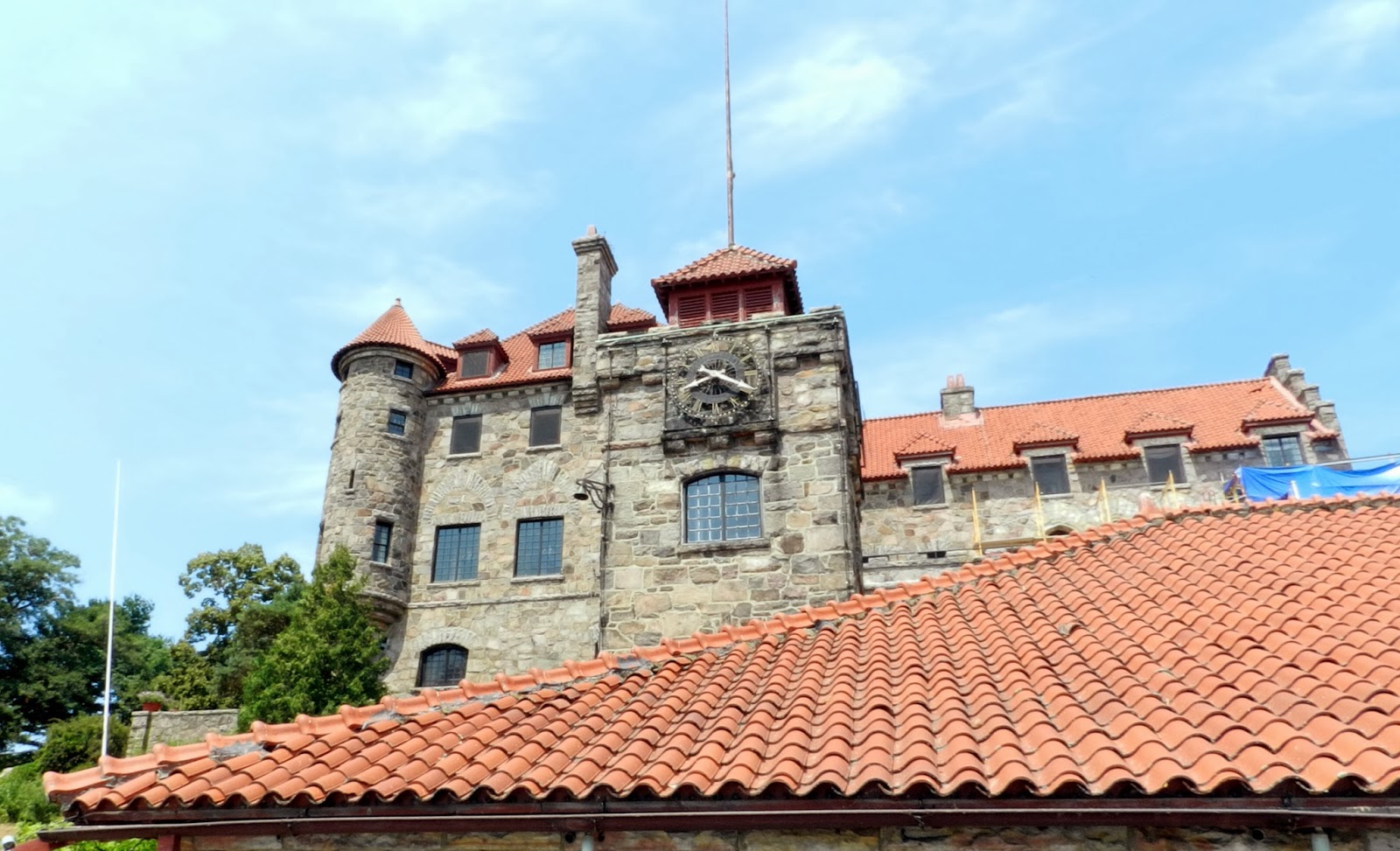