In honor of Valentine's Day, I decided to write about a visit to Bold's Castle in New York's Thousand Islands region -- one of the most extravagant valentine's day gifts ever! 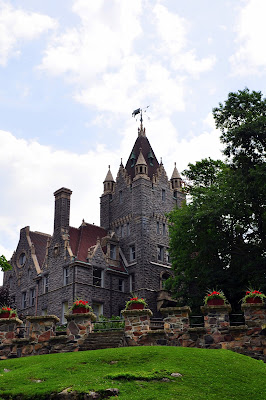 George C. Boldt started work on his love letter to his wife Louise in 1900. He bought an island in the St. Lawrence River, then hired 300 carpenters, craftsmen, and stonemasons to build a six-story, 120-room castle, an ode to his beloved. Boldt's Castle incorporated tunnels, children's playhouses, towers, dovecotes, and drawbridges. Appropriately, the island was named Heart Island and is, in fact, shaped like a heart. Hearts and harts are prominent throughout the design, and appear everywhere, from weathervanes to railings, from shrubbery to stained class windows. 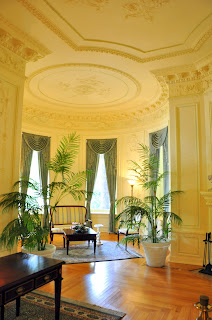 Then, just four years after work began, before the place was complete, Louise Boldt died suddenly, in January 1904. Heartbroken, Boldt telegraphed the workers to stop their work immediately. He never returned to the island, nor was the building ever completed. 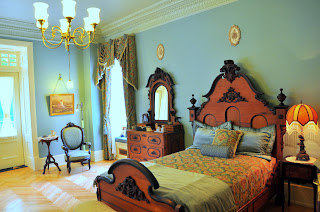 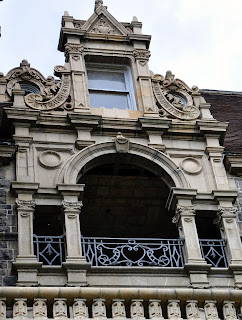 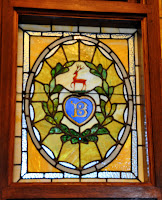 For the next 7 decades, Boldt Castle lay abandoned and open to the elements and vandals. When the
Thousand Islands Bridge Authority acquired the property in 1977, it was decided that through the use of all net revenues from the castle operation it would be preserved for the enjoyment of future generations. Since 1977, several million dollars have been applied to rehabilitating, restoring, and improving the Heart Island structures.

As a child my family had visited the Thousand Islands and I remember exploring the unfinished and forlorn mansion with them. 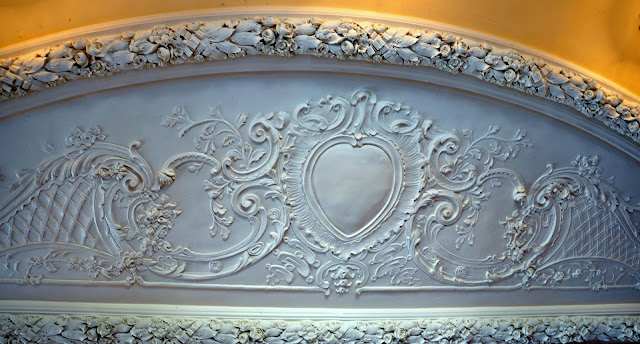 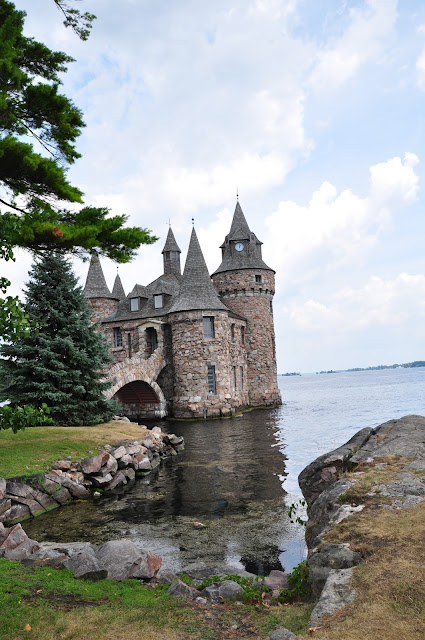 Inside the Castle, the first floor has been restored to reflect George and Louise Boldt’s intended finished interior, complete with furnishings. The upper floors are not completely finished, showing not only the rough plaster but the wooden slats and studs. Several of the rooms still sport the graffiti of numerous wits and vandals, who left their mark over the 70 odd years the house and island were neglected. Although work continues, to finish what Boldt left undone, the house will never be completed, in honor of Boldt's broken heart.

The grounds are lovely, however, and pleasant to walk around, enjoying what Boldt and his family never had a chance to. 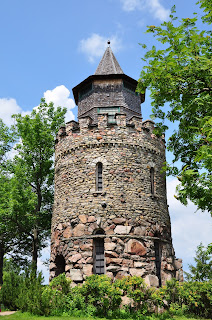 Getting there: Take a tour boat! (Well, that's the only way, unless you have a boat of your own.) There are several tour operators that make stops at Heart Island.

Dogs: Nope, no way, no how. Service dogs allowed.

Have you daytripped somewhere interesting? I'd love to hear what you're doing! Email [email protected] if you're interested in being a guest-blogger!
Posted by Jody Arneson at 4:49 PM