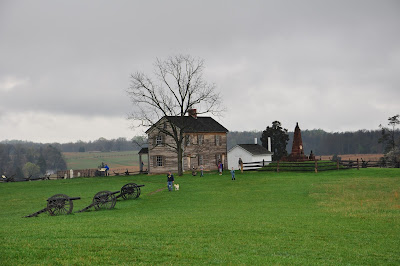 When we headed to Manasses, VA on a spring day, I realized we were not the first tourists to have visited and wandered the battlefields there. In fact, the very first sight-seers were those rather naive Washintonians and Congressmen, who, in mid-July 1861, followed Gen. Irvin McDowell’s army of some 35,000 green Union soldiers on a lark to watch the battle. These sightseers brought along picnic baskets and wine, expecting to see the Confederate Army routed by their boys in blue. Even the Union soldiers didn't take it seriously, straggling to pick the ripe blackberries along the route. No one except the Confederates were in earnest.

Manassas National Battlefield Park is a site that's worth multiple visits. Like Gettysburg, the battles and associated skirmishes took place over several days. Unlike Gettysburg, the two armies clashed here twice, about a year apart -- Virginia got the brunt of the Civil War.

So, on 18 July, McDowell's berry-eating army encountered 22,000 very serious Confederates, under the command of Gen. Pierre G.T. Beauregard, waiting for them at Centreville. The battle was fierce, but when the Southern troops started wearing out, they were reinforced by General Thomas J. Jackson's troops -- it was at this battle that Stonewall Jackson earned his famous nickname -- and they rallied and pushed the Union army hard.

Soon, the Union Army started an orderly retreat, which quickly turned into a panicked rout when they encountered the picnickers clogging the road back to Washington. This was the first Union debacle (of many) in the war. After the Union defeat at Manassas in July 1861, Gen. George B. McClellan took command of the Federal forces in and around Washington and organized them into a formidable fighting machine, the Army of the Potomac.

Walking through the battlefields, I was struck by one sick woman's tenacity -- she refused to leave her home, despite the conflict raging all around her. That decision proved to be a fatal one. It stories like these that make the Civil War so interesting to me.

I don't know enough to consider myself a Civil War buff, but I'm a sucker for some history and I love visiting Civil War sites. It's important to know our country's history, and important to share this history with our kids, so they also understand the shaping forces of our nation. For all these reasons, I frequently bring my sons to local battlefields (living in Maryland is like living in Civil War Central -- there are battlefields and important Civil War sites to the north, east, south, and west!). 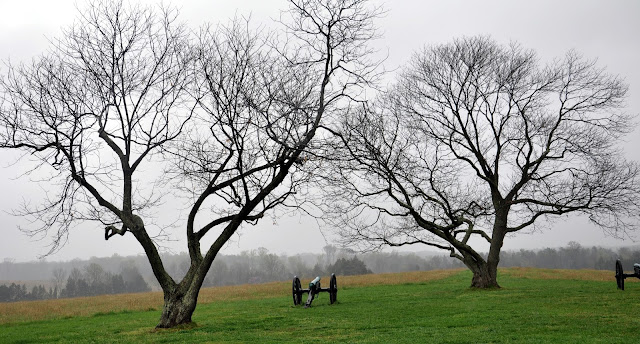 In March 1862, leaving a strong force to cover the capital, McClellan shifted his army by water to start 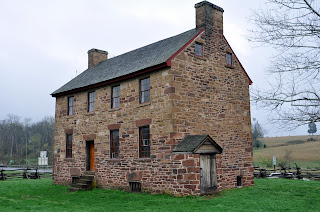 advancing upon Richmond. Although he advanced to within sight of Richmond by April, Lee's army eventually pushed him back. Lee meanwhile sent Stonewall Jackson's northward to distress General Pope and his troops. Jackson's veterans seized Pope's supply depot at Manassas Junction. After a day of wild feasting, Jackson burned the Federal supplies and moved to a position in the woods at Groveton near the old Manassas battlefield. Again the two armies clashed and again, the Union troops were defeated and they again withdrew, under cover of darkness, to the safety of Washington DC.

Lee's bold and brilliant Second Manassas campaign opened the way for the south's first invasion of the north, and a bid for foreign intervention. Later that year, the Battle of Antietam would take place -- which although technically a victory for the North, was essentially a draw.

Manassas National Battlefield Park, located north of Manassas, in Prince William County, Virginia, preserves the site of two major American Civil War battles. The battlefields themselves are beautiful, in addition to the stories they have to tell. The park offers a wide array of activities, scenic vistas, historic sites and walking trails to interest the casual visitor or the true Civil War historian. A good place to begin your visit is the Henry Hill Visitor Center. Pick up a park brochure, map, trail guides and check out the daily schedule of interpretive programs. 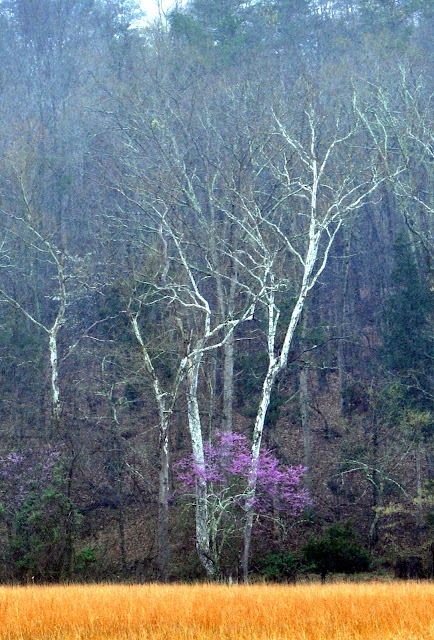 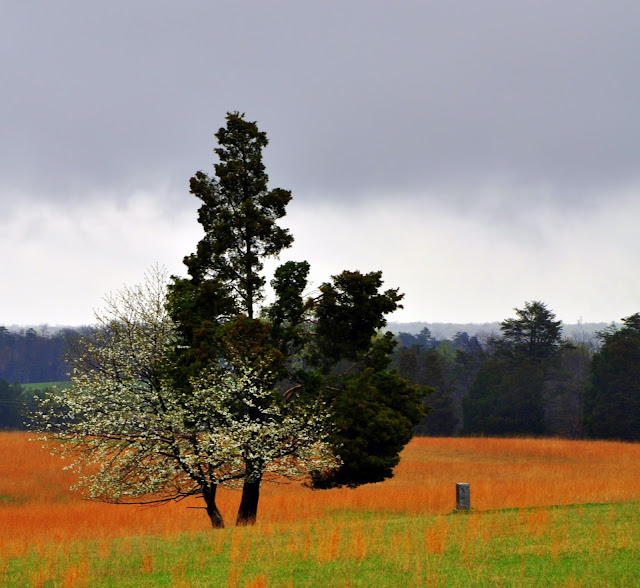 Dogs: Allowed in the park, but not the associated buildings. Take turns holding them outside.