This week's blog -- Part 2 of last week's blog on Patapsco Valley State Park -- isn't really about a day trip -- but it is about activities my family and I participated in, on two separate days this spring. We decided to volunteer to help out in the park. It was certainly a different way to experience one of Maryland's state parks. I've loved this park since I moved nearby, but now I also feel a sense of responsibility and ownership.

A few weeks ago, in part because of my rant about litter (in last week's blog), I decided to stop complaining. I found my way to the park's web site, where I signed up to become a volunteer. March 22 was the first volunteer opportunity. Our work that day was to remove tree jackets and choking vines from 10-year-old trees in Patapsco State Park land off Landing Road, near the Avalon area, which is quite close to my home. These jackets have been on the trees since they were planted a decade ago, and are now choking them, so off they come!

Saturday morning found us heading to the meeting site wearing heavy pants, work boots and armed with our Gerber knives and garden clippers to cut off tree tubes. (We also brought plenty of drinking water and a lunch.) Volunteers rolled in between 9:45 and noon, and some 50+ individuals showed up, families like mine, but also groups from Centennial High School (in Columbia, MD); military from nearby Fort Meade, MD; Howard Community College, and other groups (I apologize for not naming the other groups -- but I didn't have anything with me to take notes!).

My older son, who was a trifle grumpy about participating, admitted at dinner that night that he was grateful (yes, he even used that word) that he had "helped out the environment a little." How silly of me to feel as proud of him as I did that moment!! But it turned out to be a fun day, we did something out of the ordinary, we did it as a family and thus built family memories, and we helped the park a little. This is just the start to what to me is an ongoing obligation to give back to the community I live in and the park I spend so much enjoyable time at.

PHG also organized the April 5th annual "Project Clean Stream," in partnership with the Alliance for the Chesapeake Bay, where hundreds of cleanups were conducted throughout the Chesapeake Bay watershed. The work focused on a section of Patapsco State Park off of Belle Grove Avenue that was in dire need of a cleanup. Although an area few people know about, it is another example of a beautiful section of Patapsco State Park, popular for fishing and kayaking. We spent a few hours with a bunch of other volunteers picking up debris along the river. 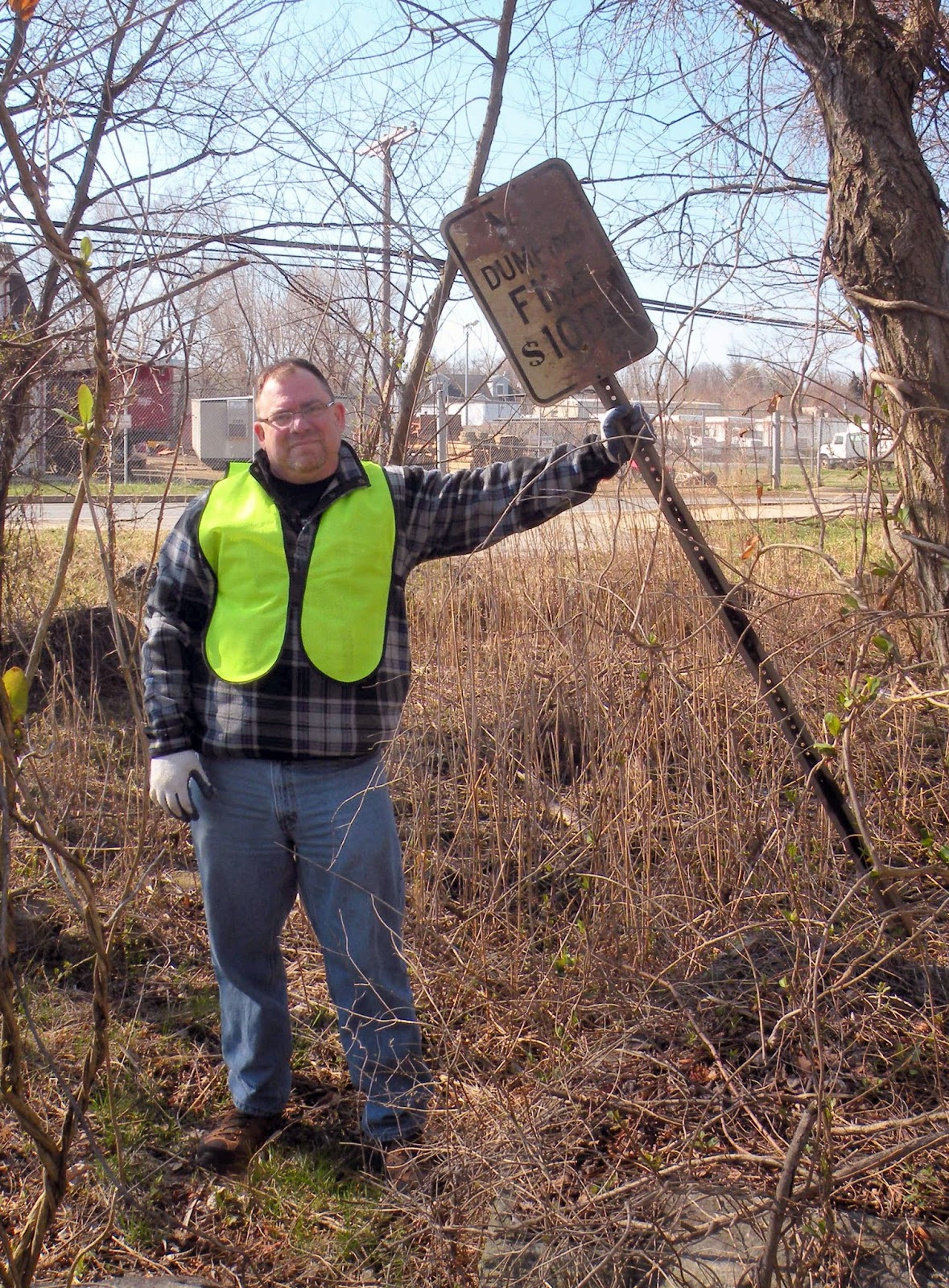 A glass bottle takes a million years to decompose, according to the U.S. National Park Service; Mote Marine Lab, Sarasota, FL: we found plenty of those -- mostly beer and other alcohol bottles. We also found plenty of plastic beverage bottles and probably the grossest thing I found was a pile of used disposable diapers; both the plastic bottles and those diapers take about 450 years to decompose -- something I bet that young parent didn't consider when he/she dumped that bag of used diapers. Foam cups take about 50 years -- we picked up those by the dozens. We even found a rubber sneaker, which takes between 50 and 80 years to decompose. We found old tires, discarded lawn furniture, even old TVs, along with old clothing, linoleum tiles, plastic bags galore (10-12 years to decompose), and lots of other litter and garbage. My sons commented on the way home that they will never view litter along the side of the road the same way. Even if they had been predisposed to do so (and I doubt that), I do not believe that they will ever throw litter out of a car, now that they've seen it out in the environment and picked up what other people have carelessly left for others to clean up.

The weather was gorgeous and it was a great way to spend a Saturday morning. As a family, we learned some important lessons about caring for the environment, and we had an interesting conversation on the way home about litter, why people litter (we concluded it was carelessness -- thoughtlessness about the impact) and we got to enjoy a beautiful river in a different way than most get to do. Sadly, even as we cleaned up the area, we realized that by next year, the litter might be back. For more about ongoing efforts to help the Chesapeake Bay, click here.


There are other volunteer opportunities as well. Also in Maryland, for example, the Accokeek Foundation, which participated in the annual Potomac River Clean-Up day. I chatted with Casey Lowe, Volunteer and Membership Coordinator, before the event (as I was figuring out what to do and where to do it). "We expect a much higher turnout (last year we had around 60 people), and participants will be given trash bags and gloves and will walk along the shoreline picking up trash," she said. She noted that it's a brand new event this year.

On the same day that we were cleaning up the Patapsco River, 115 volunteers helped remove more than 50 bags of trash and recycling from the Potomac shoreline in Piscataway Park. Accokeek Foundation also sponsors "Service Saturdays" the first Saturday of each month, to organize volunteers helping out in with the National Colonial Farm in Piscataway Park. "The number of volunteers vary from month to month depending upon the weather and the specific project--we've had anywhere from 3 people to 23 people." Lowe said that during the first Service Saturday event, in November, volunteers helped harvest the "leftover" crops on the Ecosystem Farm.

"Everything we harvested was then donated to a local food pantry," she said. Since then, we've had projects involving event set-up, barn clean-up, seed saving, and garden gate construction." May's Service Saturday, volunteers will be doing a smaller-scale project.

So if you have a favorite park and find yourself going there again and again, consider giving some of your time to help the park out. You may find, as I did, that doing that is as rewarding as going on a hike or bikeride in that park! 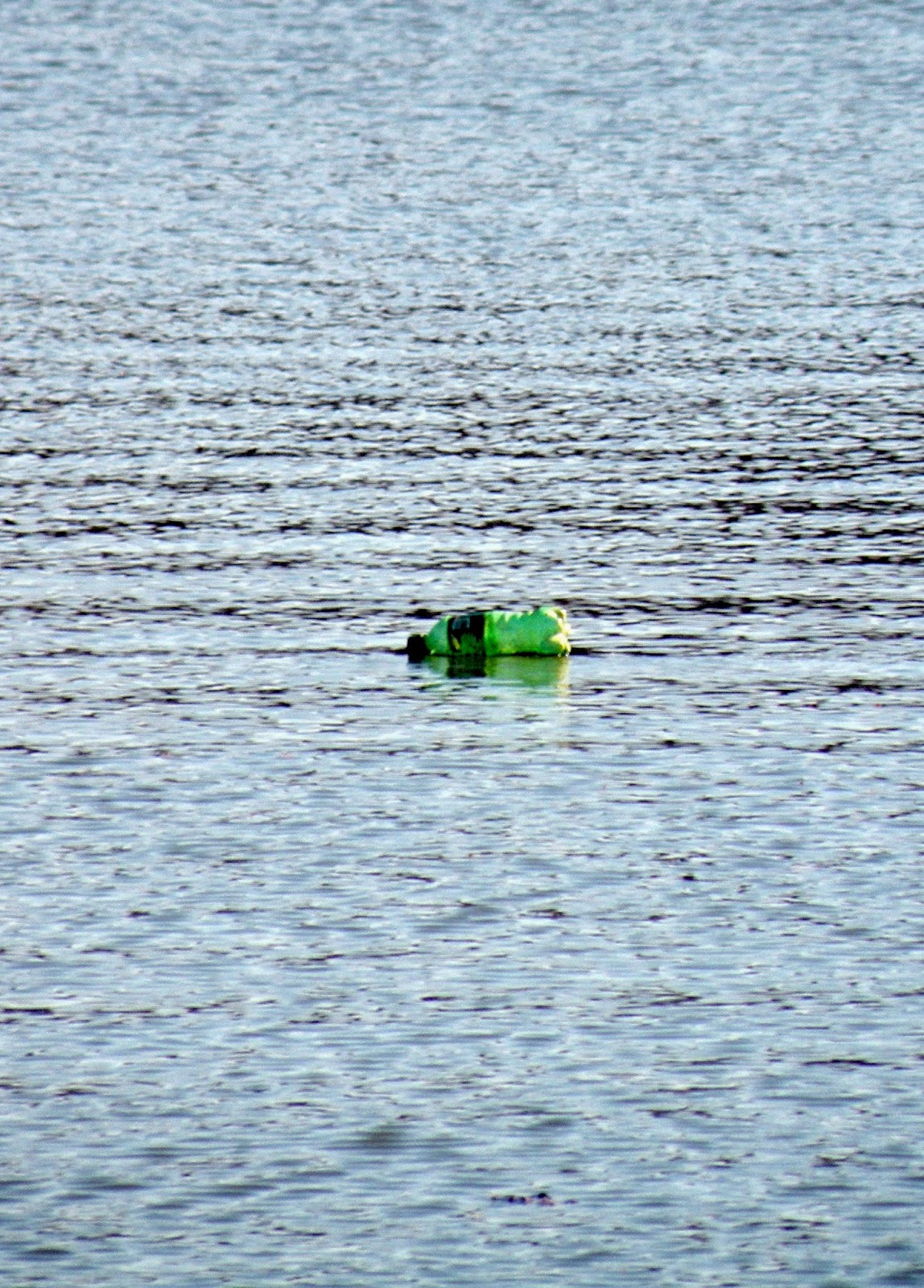 Getting there: Depends where "there" is. You can learn about volunteer activities in a state park near you at Maryland DNR website: http://dnr.maryland.gov/volunteer.asp.


Hours: Based on the activity planned for that day.

Dogs: Not on volunteer days!

Eats: Pack snacks or a picnic to keep your energy up while volunteering!