We would see amazing things if we could learn to be travelers in our own neighborhoods, Henry David Thoreau once said. Since beginning this blog last June, I have discovered some hidden delights in the mid-Atlantic region: Susquehanna State Park's Rock Run Historic Area and Hampton Mansion both come to mind. And once again, this week's blog focuses on a nice surprise!

Relatively close to D.C. and a mere hour away from Baltimore, the Indian Head Rail Trail is a gem! Although a great bike ride -- it also makes a nice hike if you plan well and start at the right end. 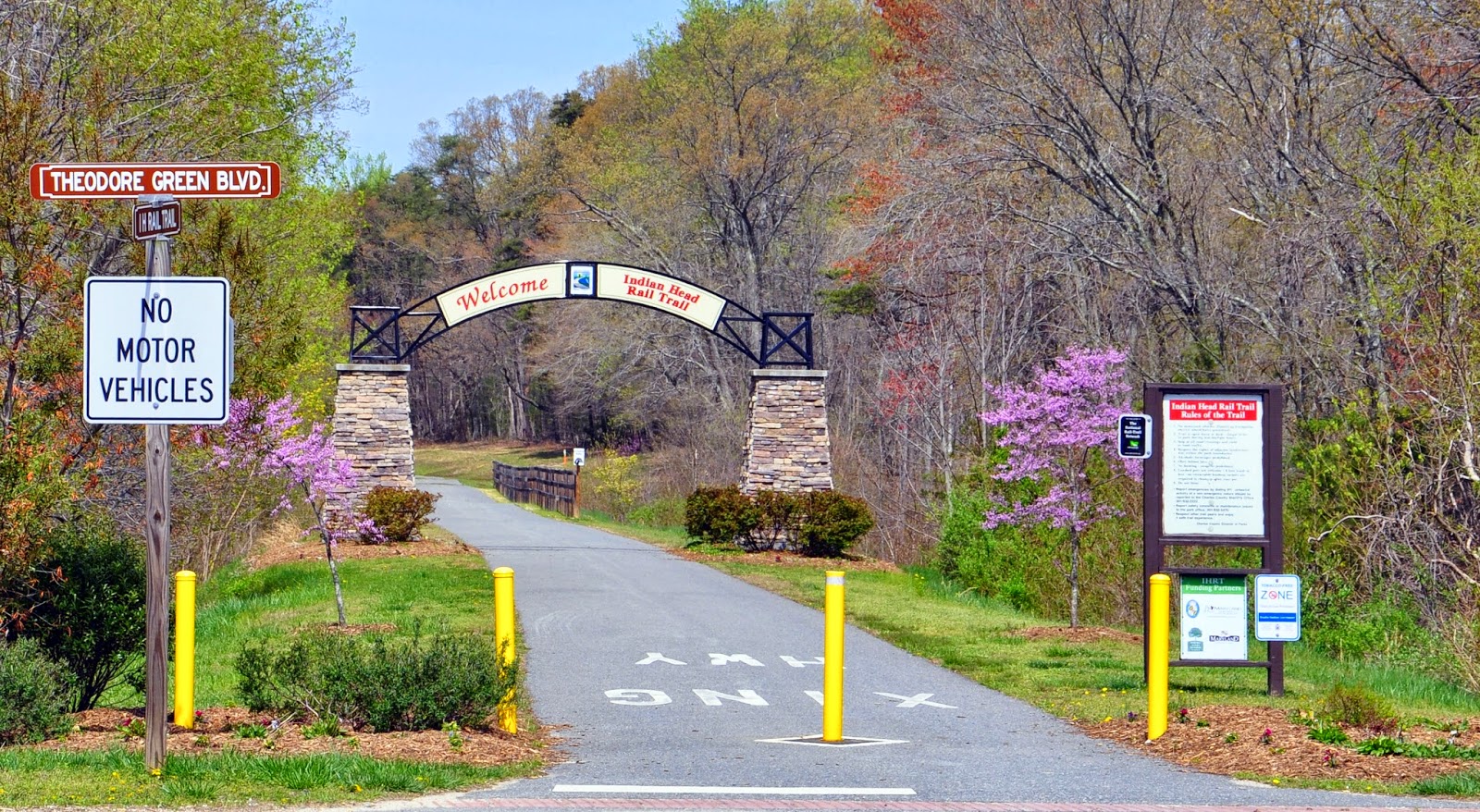 I knew nothing about this rail trail until I happened to chat with some fellow cyclists one spring Sunday morning on the B&A Trail. I am a fan of rails to trails, there's no denying it, and I was excited to hear about Indian Head Trail, in Charles County, MD. The couple I spoke to promised it was both lovely and uncrowded, and paved (a bonus, although not necessary). That was all I needed. When I returned home after that ride, I headed straight for my computer and the internet to look up the trail and find out how to get there. 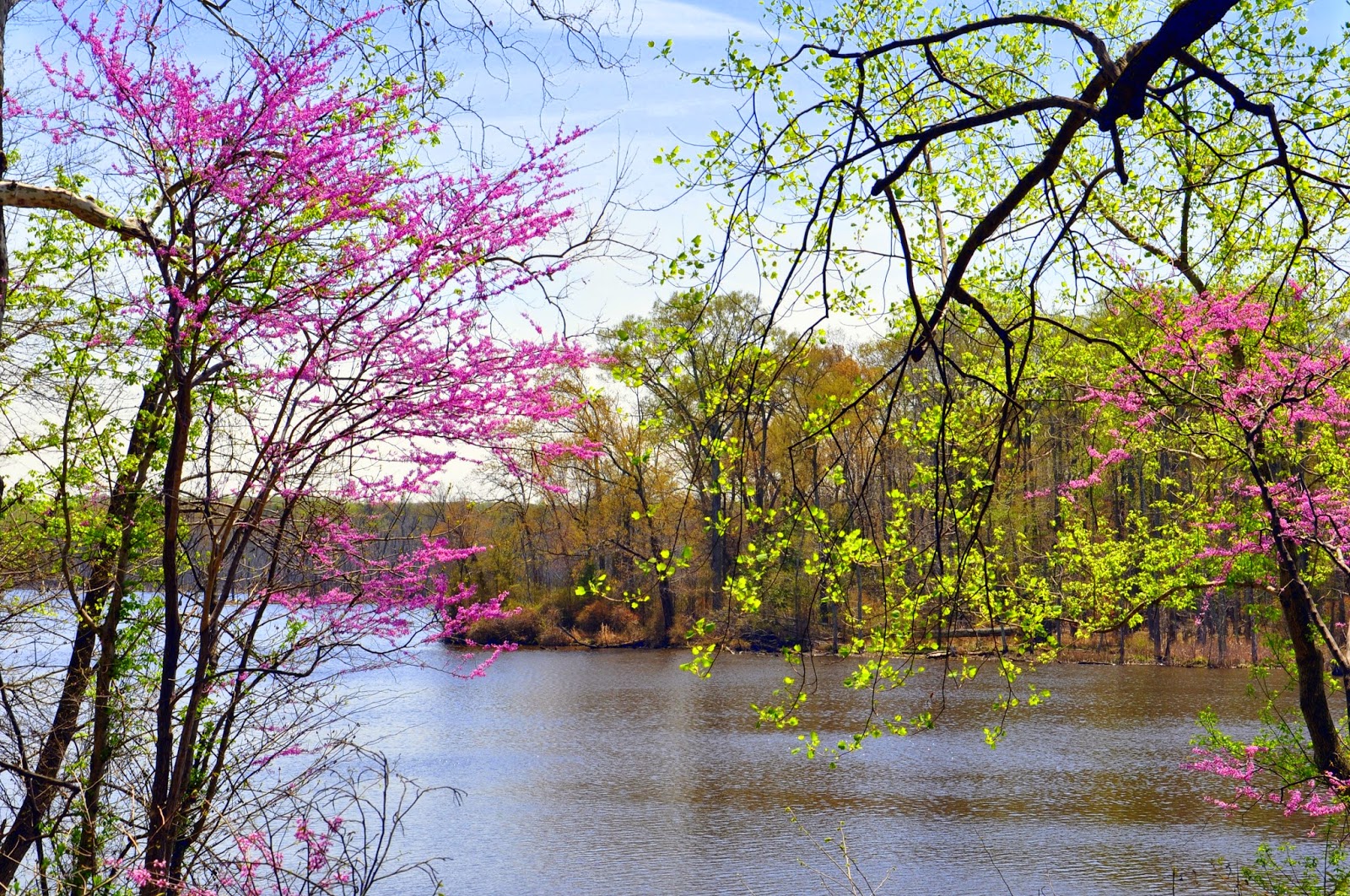 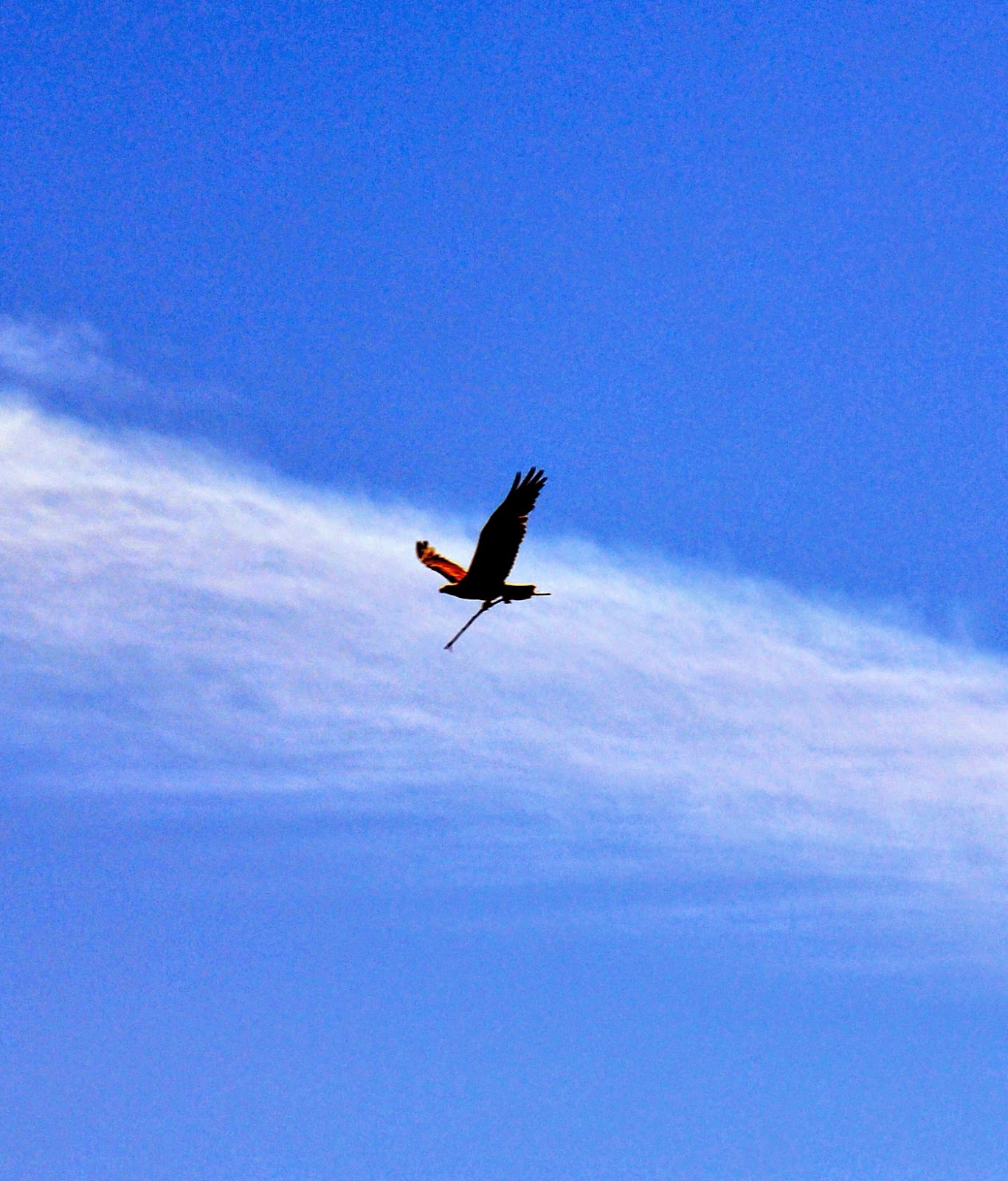 Having read that there's a "slight incline," I decided to start the bike ride at the end of the trail that would allow us to do the up-hill direction first, so that we could pretty much coast downhill on the way back (although it didn't quite work out that way, it was still a good plan). Thus it was that we started in Indian Head, near the naval base. The first two miles are the most lovely -- with sweeping views of the Matawoman Creek, enhanced by the redbud which were just bursting into bloom the weekend we rode it -- going downhill for those first two miles, which means you end the ride working hard going up hill when you're really, really tired. Starting at this end of the trail -- which pretty much crosses Charles County -- allows for a super gorgeous start and end to an otherwise beautiful and scenic trail throughout.

If you're planning on hiking the Indian Head Rail Trail but can't see yourself doing all 13 miles (and another 13 back), then start at the trail head at Mattingly Avenue in Indian Head, and plan on walking just two or three miles before turning back (you can access other sections of the trail from other parking areas), just so you can enjoy those lovely views of the water. Although we didn't spot one close up, sightings of bald eagles are common along the trail. On the day we were there, we were treated to views of a hawk building her nest, carrying twigs and branches.

The Indian Head White Plains Railroad, which became the current rail trail, developed with the local naval proving ground it connected to which manufactured explosives and smokeless powder. As the United States entered World War II, Indian Head was one of just two military installations equipped to produce explosives, and it and the railroad that served it proved indispensable to the mobilization effort. The railroad served Indian Head Naval Base through the Korean Conflict, falling into disuse only when the roads improved and shipping by truck became more economical. By the 1960s, the railroad was no longer an asset to the Navy.

The rail road languished for decades, ignored. Through the Department of the Interior's Federal Lands-to-Parks Program, the rail corridor was donated to Charles County "for the public's perpetual recreation use and enjoyment." In 2008, construction of the trail began and just 18 months later, the rail trail opened in 2009.

The trail passes through woodlands, wetlands, and some farmland. Most of the roads that the trail crosses are quiet thoroughfares, only one of the roads posed a challenge for crossing. Informational signs are placed along the trail, directing 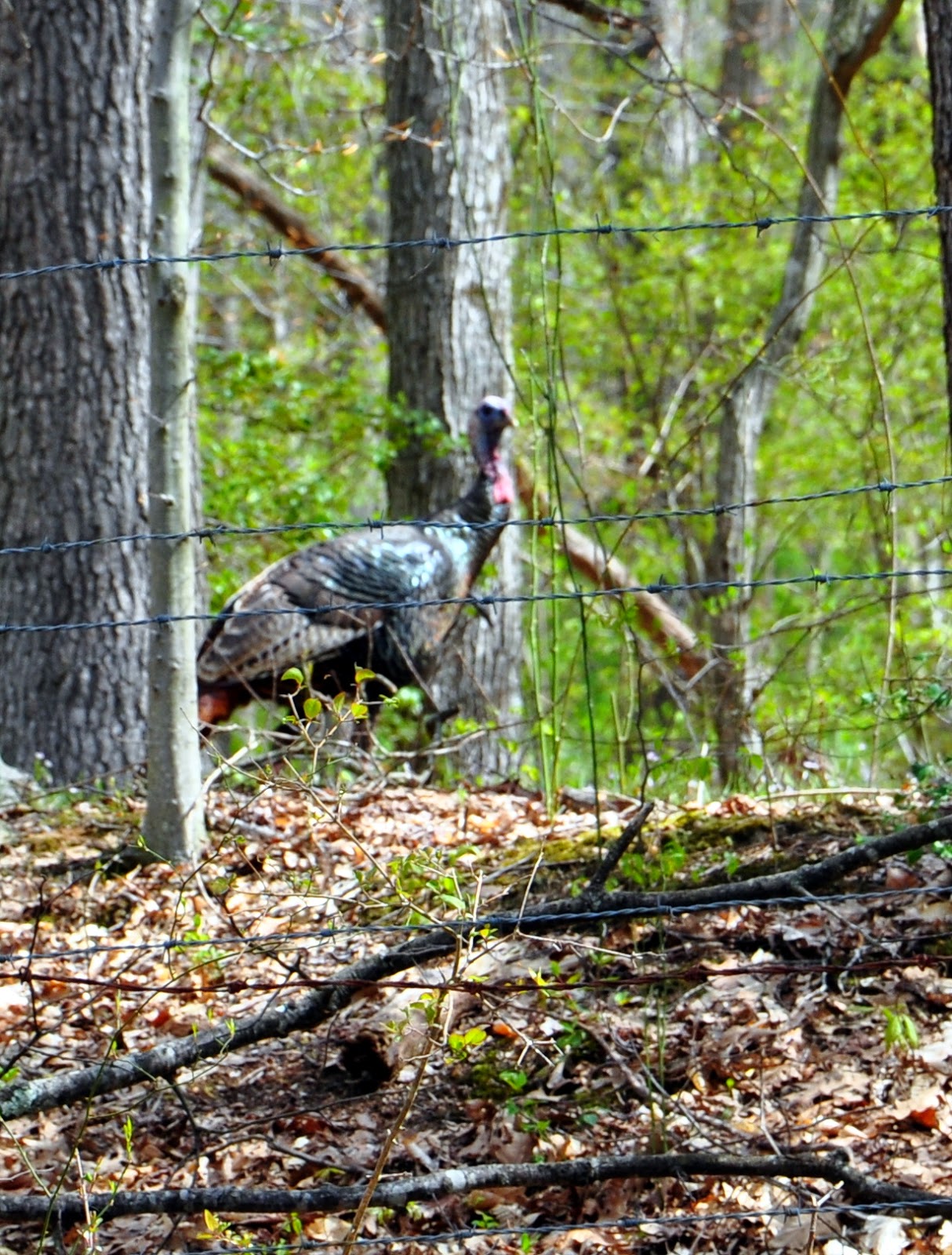 your attention to the wildlife that inhabits the area, from monarch butterflies (we saw one) to kingfishers and bald eagles. The Sunday we rode the trail, we encountered two gobbling wild turkeys -- beautiful and majestic creatures, picking their way through the woods.

This is one of the most accommodating trails I've been on. It's easy to find places to refill water bottles or rest: There are several water fountains, including a lower one providing water for Fido, along the trail. There also are benches and several shelters in the event of sudden summer storms, with picnic tables regularly spaced along the trail.


An informational sign along the trail wonders, "Who would ever have imagined that a railroad track, once built with a focus on war, would one day be the source of such peace?" If you have an afternoon free, I recommend that you enjoy the peace that is to be found along this rail trail.

Tip #1: Parking on the Indian Head, MD, side is best found at the nearby Village Green Park & Pavilion, at 100 Walter Thomas Road. If you're starting from the other side of the trail, there's ample parking in the lot just across the street at 10390 Theodore Green Blvd, White Plains, MD.

Getting there: 100 Walter Thomas Road, Indian Head, MD or 10390 Theodore Green Blvd, White Plains, MD, if you want to start at one of the ends. There are several other parking accesses available along the trail.