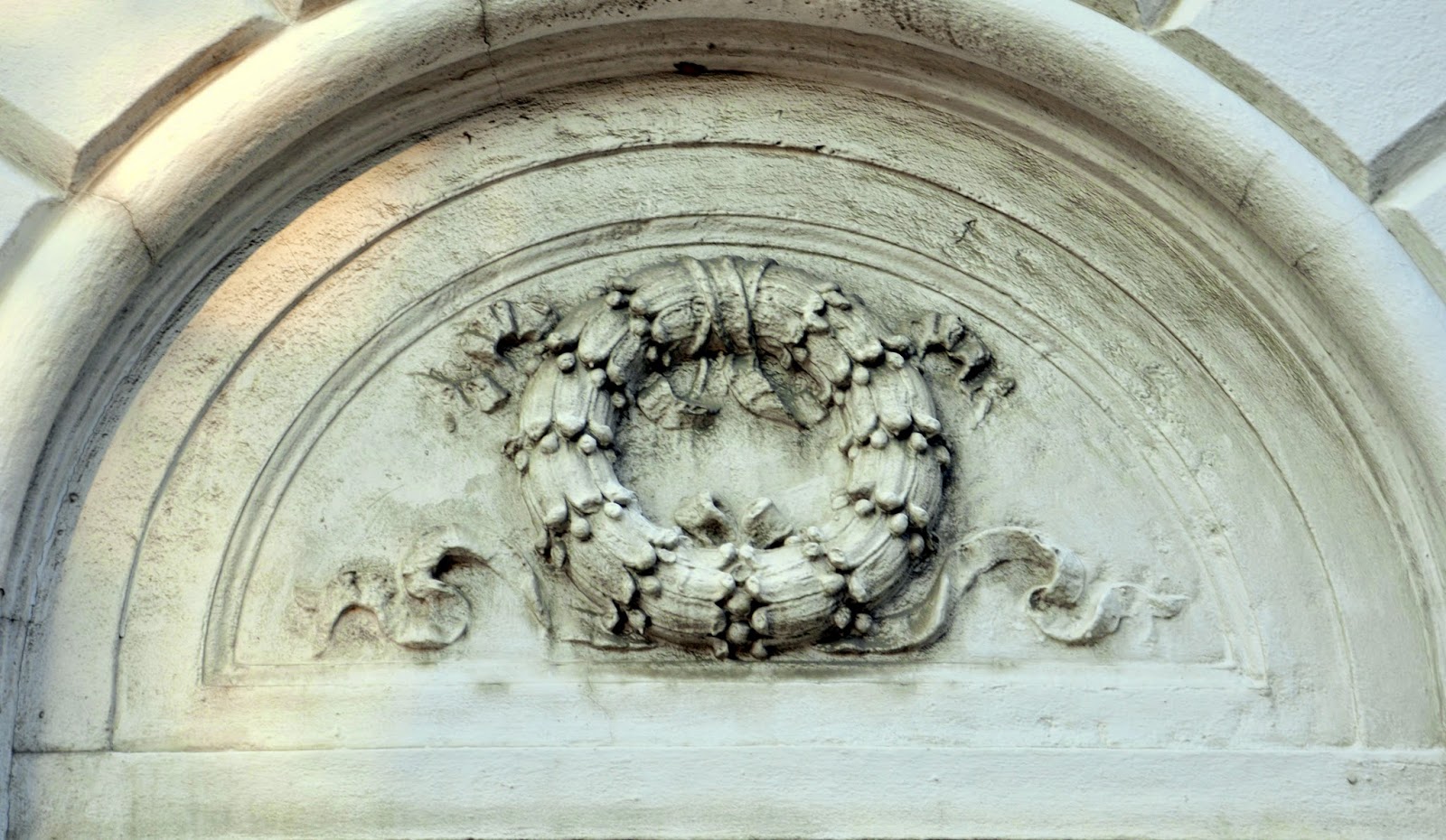 Ghost tours are always intriguing -- they're a little bit of sight-seeing, a little bit of ghost story, and usually a lot of history. It's a good way to get to know a city or town and the people who once lived there. Ghost stories start with people and usually a tragedy, a life cut short, or a life unfulfilled, but ultimately, ghost stories are stories about the human condition -- the drama and joys, but mostly sorrows, of our lives. Often, they're like Paul Harvey's "The Rest of the Story" radio segments that those of us who are of a certain age remember (I remember listening to them when I was a child in the 1970s).

The Capitol Hauntings ghost tour, which debuted this month, is no different, except instead of looking at homes and houses, you're hearing stories about places that are the backdrop for where America's history happened: the Capitol Building, the Supreme Court Building, the National Library of Congress, among others.

You'll hear about people who somehow played a part in the history of the United States, for example, Joseph Holt, Judge Advocate General of the United States Army, involved in prosecuting the case against those who ran Andersonville, the notorious Confederate prison for Union prisoners of war.

Apparently Holt spent his latter years as a semi-recluse, re-arguing with/to himself his most famous case -- the one he prosecuted against Mary Surratt, one of the co-conspirators in President Lincoln's assassination. Although found guilty and ultimately hanged --the first woman in the United States to be so -- the case against Surratt was circumstantial and frought with gaps in the evidence. When he died in 1894, those who moved into his house still heard him muttering about that case, and flipping through his law books looking for arguments to bolster the case against her. 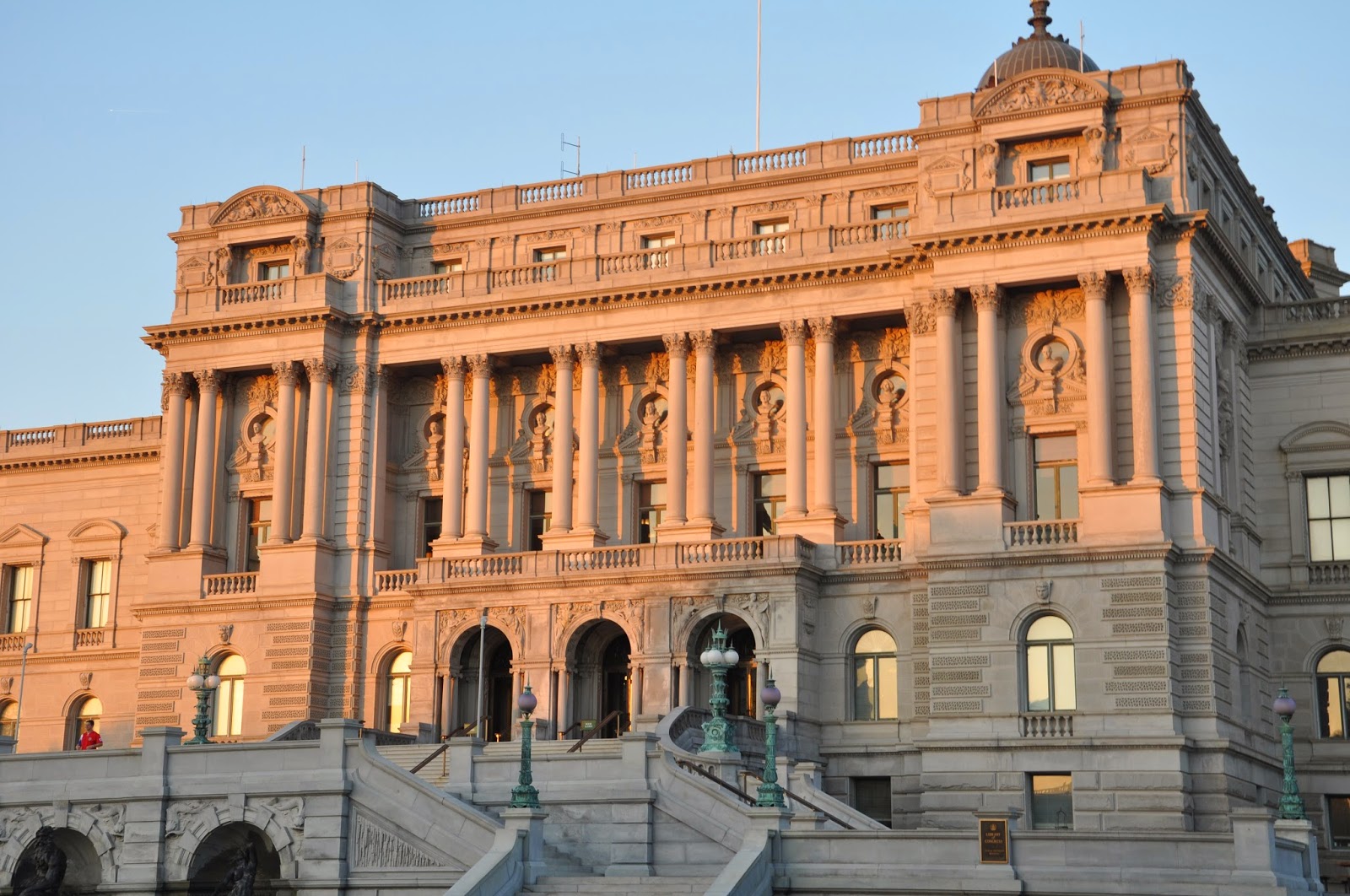 We heard again about Mary Surratt a little later in the tour -- people have glimpsed her looking out the windows of the Old Brick Capitol Building, years after her death.

Unfortunately for ghost story fans, Holt's house, like the Old Brick Capitol Building, has been gone for years, so there's no chance you can take a photo of the place and just happen to catch an orb or a ghost. Holt's house was torn down in the early 1900s to allow for the Canon House Office Building to be constructed. It is unknown whether he still walks the halls of the Canon Building -- but if you work there and have heard strange things, Washington Walks wants to hear from you! Likewise, the Old Brick Capitol Building came down a decade or so later than Holt's house to accommodate the construction of the Supreme Court Building in the 1930s. The Old Brick Capitol served as temporary Capitol of the United States from 1815 to 1819 (while the Capitol Building was being rebuilt after the Brits burned it down during the War of 1812); it became the Old Capitol Prison during the American Civil War. 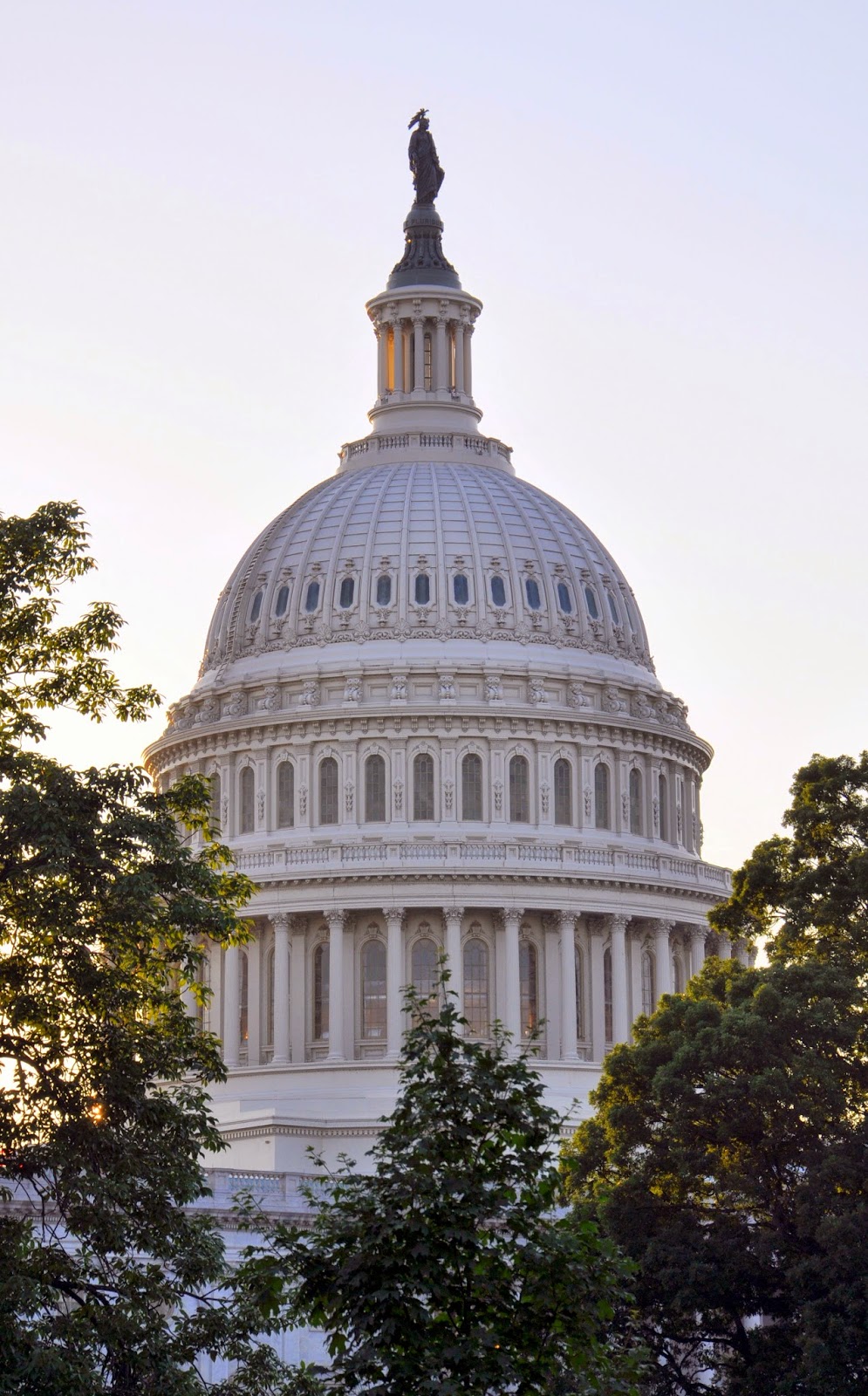 If there is a complaint about the Capitol Haunts tour it's this: too many of the stories evolved around buildings that are no longer there, about ghost sightings that were last witnessed over a 100 years ago. It would have been far creepier to have heard stories about ongoing hauntings, in buildings that still stand, while we were standing in front of them.

In researching this blog post, I happened across this blog, "10 Ghost Stories of the US Capitol," from 2010. Several of the Capitol Hauntings walk stories echo ones in this blog, as we heard about the Demon Cat, the John Kincaid-Representative Preston Taulbee (D-KY) argument that resulted in Kincaid shooting Taulbee dead (Taulbee's blood still reportedly stains the steps in the Capitol Building upon which he died), the haunted Senate bath tubs, and the ghost of John Quincy Adams. That's because, I suspect, these are the more well known ghost stories, and all center around the Capitol Building, which perforce must be on a ghost tour of Capitol Hill. Although a nod to these famous stories is okay, I'd love to hear more less-famous ghost stories.

But, this ghost tour does give you an excuse to walk around the outside of these lovely and famous buildings at dusk -- something you could do anytime but most will never get around to doing on their own, so why not go on it for the stories and seeing Capitol Hill at a time when most crowds have departed? Plus, the ghost tour tells you about some of the arcane history of some of these buildings, such as the architect of the Capitol Building who put a curse on it (the blog I mentioned above recounts a slightly different version). And while you're on the walk, you'll learn why there's a local roller derby team named the Demon Cats. 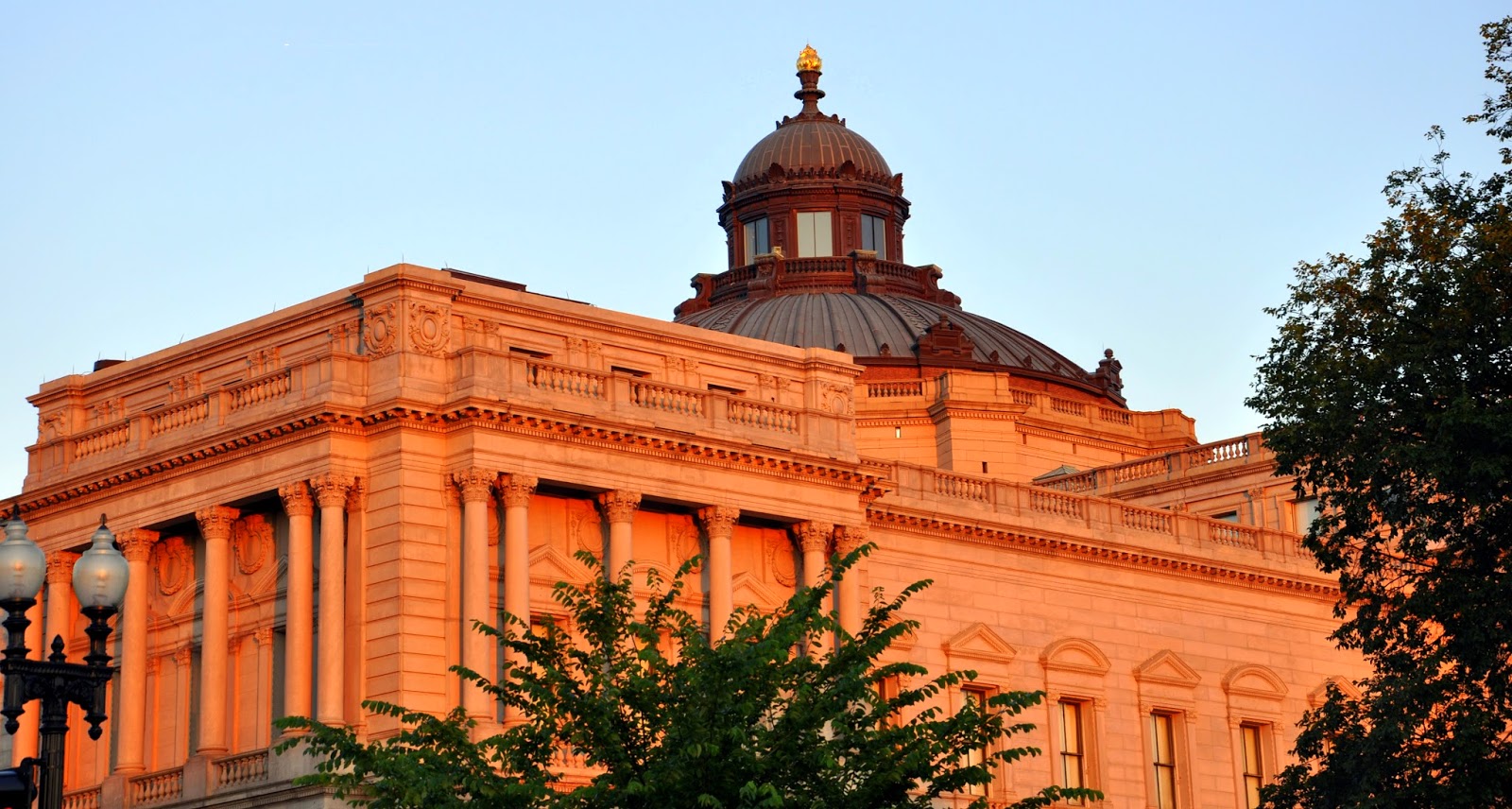 Since 1999, Washington Walks guides have been leading visitors and locals alike along the streets of America’s capital city, revealing the stories and sites that abound on the National Mall and beyond. The Capitol Hauntings tour is just one of many different tours -- but also their newest -- offered to folks interested in learning a little more about our nation's capitol. (I have to say, this is one of the benefits of living in the mid-Atlantic states region -- easy access to Washington, DC., as well as several other major cities!)

My favorite ghost story from the tour was one about the Library of Congress worker who decided that little read tomes in the library, which at the time was still in the Capitol Building, would be far superior places to put his small fortune than deposited in a bank. He died suddenly. His heirs looked in vain for his money, but it was only found years later when the Library was moved to its current location, and money fell from various books as they were being packed for removal to the new building. "They" say he still walks the halls of the current Library of Congress, flipping through the pages of books looking for his fortune. 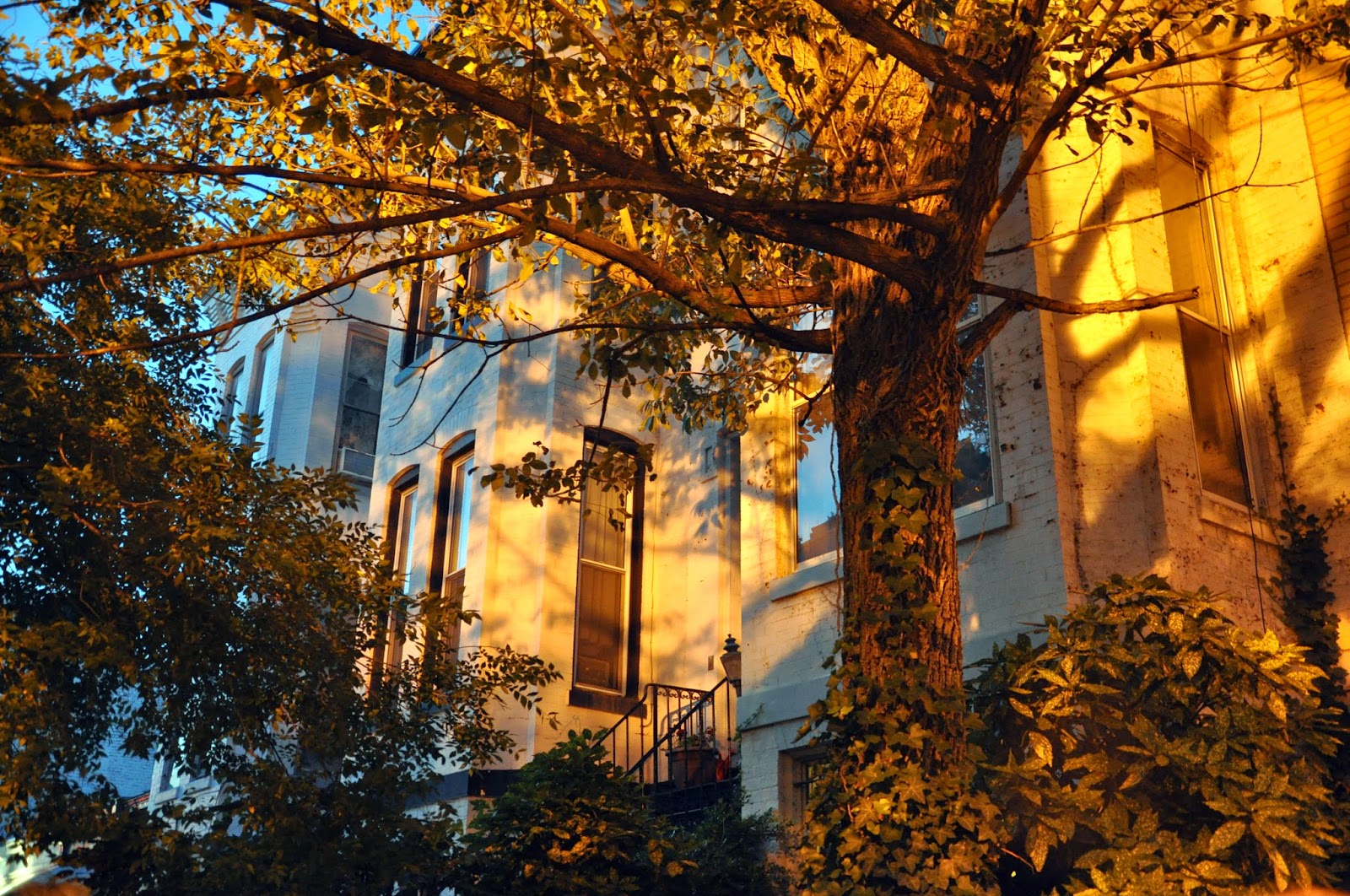 The final story took us to the first and only private home on the ghost tour. But, while you're standing there, listening to the related ghost story, you should snap as many photos as you can: you may catch an incredible but creepy photo of a gigantic orb.

Getting there: This ghost tour departs from Capitol South metro station.