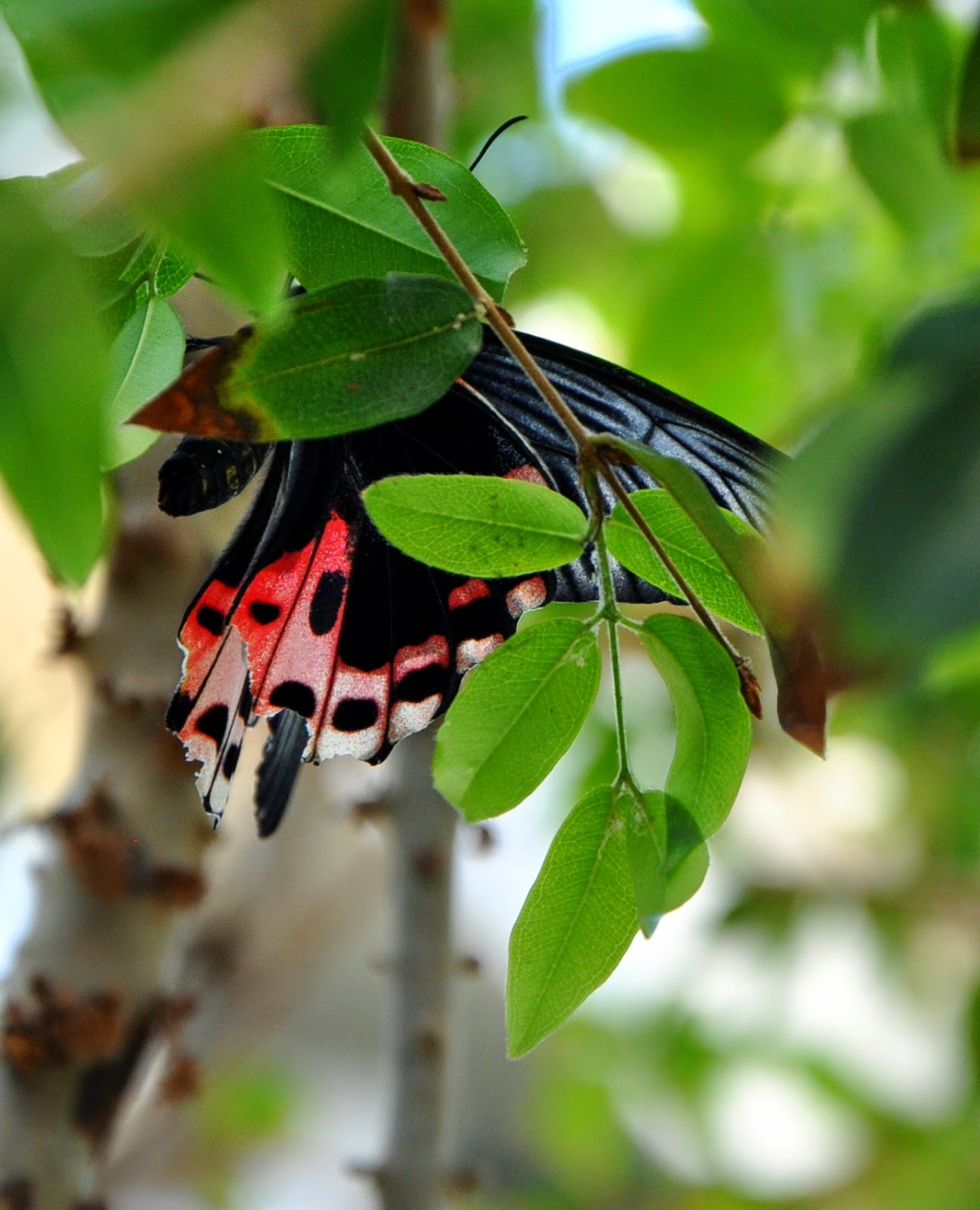 I wasn't prepared for excitement and wonder I felt in the butterfly garden. And if I hadn't suddenly realized that our staying in the garden longer was preventing some folks from entering, I would have stayed a lot longer! So even though butterflies are really just (creepy) bugs with gorgeous fairy wings, it was a huge amount of fun to be in a room with hundreds of them (some even landing on us). I suddenly realized, butterfly gardens aren't just for kids.

I learned this at the Lewis Gintner Botanical Gardens recently.

So okay, I might even be able to overcome my bugaphobia because of them (although spiders are permanently out of consideration, except for daddy-long-legs, but I digress). In the garden, I caught myself envying the kids that were there too. Kids get to see butterflies with their incredible sense of wonder that frankly, adults with a well-honed phobia to all things buggy must struggle to adopt. We watched a butterfly land on one of the children (I was anxious lest it be squashed, but it survived, just fine. I should have shelved my anxiety at the door.) It would do more of us adults good to start seeing the wonder around us, as if we were children. 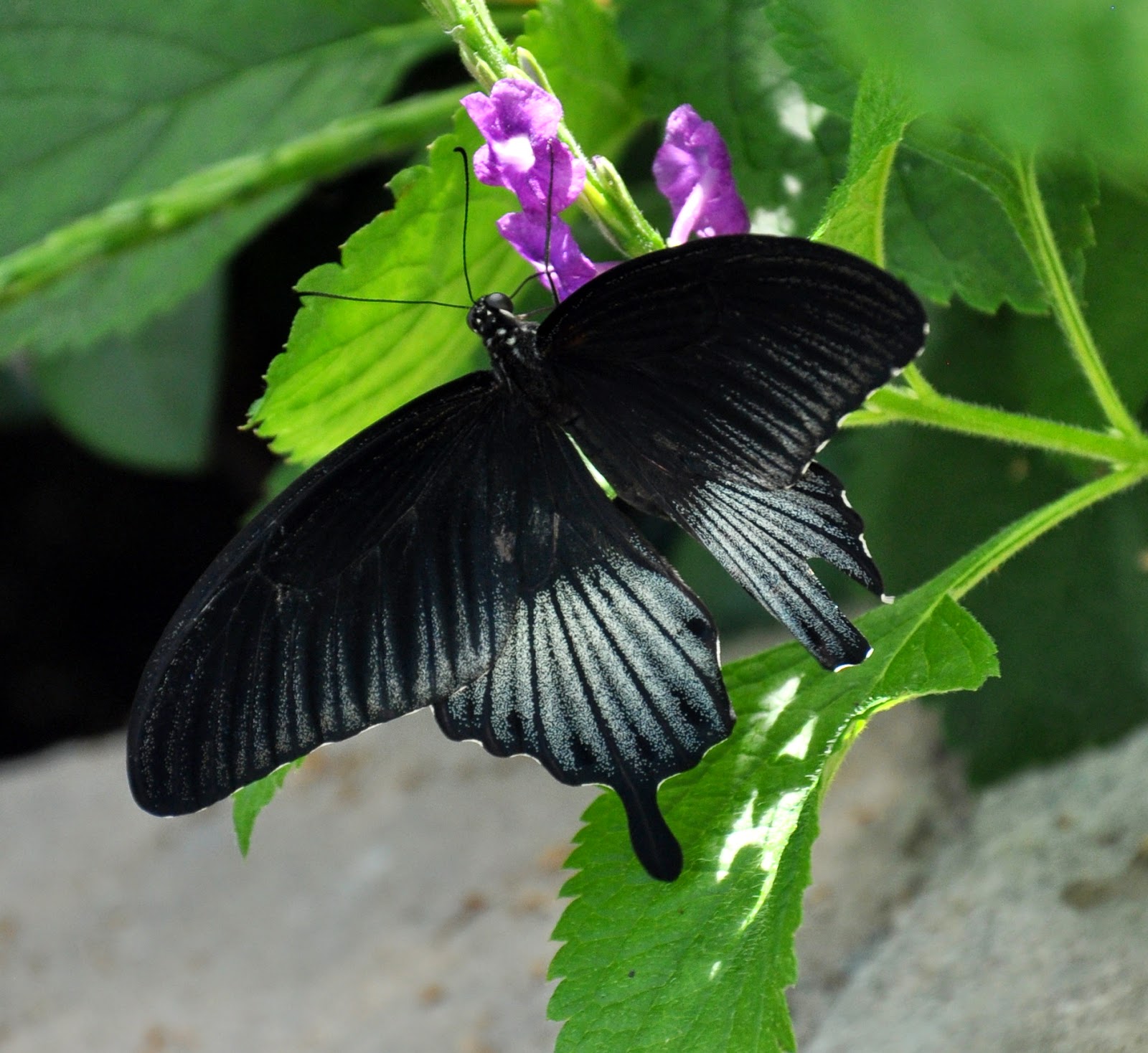 A butterfly garden is a great way
to start doing just that!

A recent trip to Richmond, VA, brought us to the Lewis Gintner Botanical Gardens and Butterflies LIVE! -- where kids and adults alike may walk around while literally hundreds of tropical butterflies flutter around you. Butterflies LIVE! is an indoor exhibit in the Conservatory geared for all ages. You don't even need a kid along as an excuse! 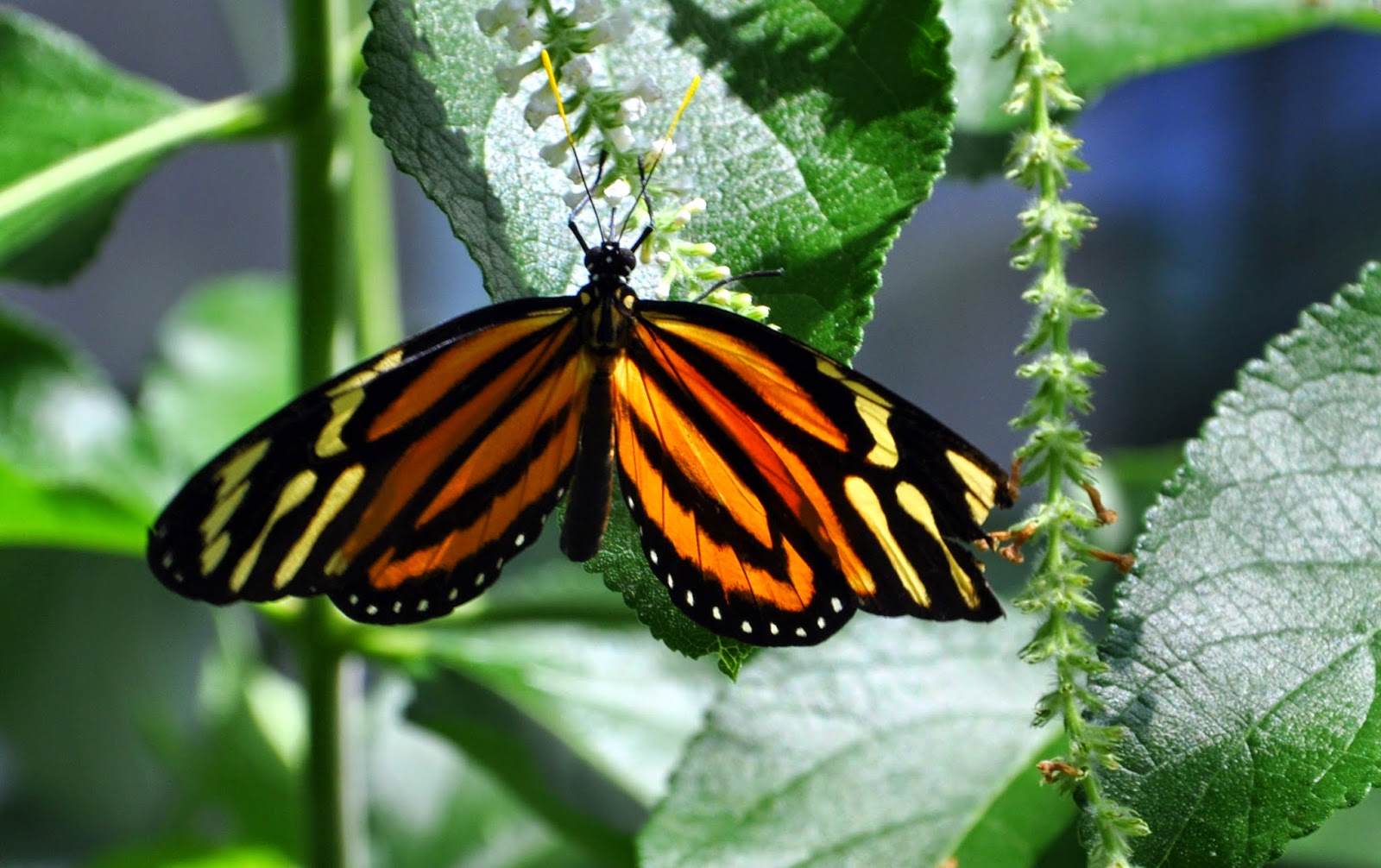 The fun began as we entered the exhibit, and a gorgeous blue butterfly -- one that I recognized from the years I lived in Panama, with its iridescent blue wings -- landed on my husband. He froze -- afraid to move for fear of crushing or harming it. We laughed and pointed out the various butterflies (and moths -- there were a few of those in there) and tried to get photographs of each and every one. It was fabulous -- so much fun, and not just for kids, of course!

Elsewhere in the botanical gardens, more than a dozen themed gardens, including a Healing Garden, Asian Valley, a rose Garden, a wetland garden, a Victorian garden, and a children’s garden, all offer plenty of other opportunities to see the wonder around us. Not to be missed is the lovely, classical domed Conservatory, which the Gardens claim is the only one of its kind in
the mid-Atlantic, with changing displays, a variety of orchids, and tropical plants.

The Conservatory is the centerpiece of these gardens. The 11,000 square-foot complex houses exotic and unusual plants from around the world in its permanent collection, and features beautiful seasonal displays. Crowned by a 63-foot-tall dome, the Conservatory includes a central Palm House, a semi-tropical wing featuring an orchid collection, and two wings with changing themed displays full of seasonal color and interest. Butterflies Live was in one of the wings. 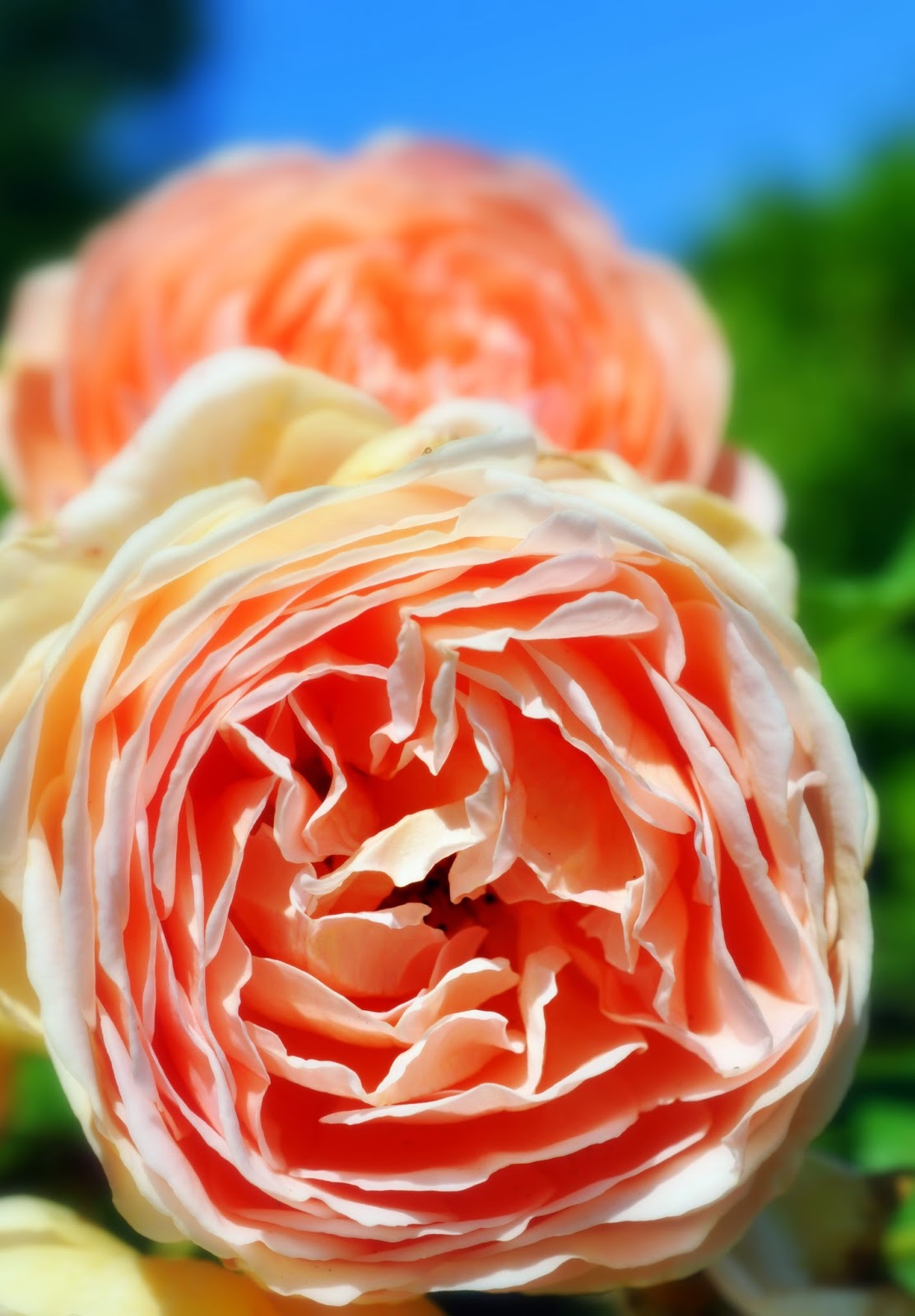 The rose garden, which was just peaking as we were there, was the star of the gardens -- several acres of a colorful variety of roses were in full bloom.

Lewis Ginter Botanical Garden is on property that was Powhatan Indian hunting ground and was once owned by Patrick Henry. Lewis Ginter purchased the land in 1884. He died childless, and left the property to his niece, Grace Arents.

Bloemendaal House, built in 1884 by Ginter, was first a clubhouse for bicyclists. Grace Arents, also a philanthropist, added a second story to it to use as a children's hospital. Eventually she converted it to become her personal home, where she lived with her companion, Mary Garland Smith, until her death in 1926. The Ginter family was of Dutch ancestry and during her residency, Arents named the property Bloemendaal, meaning "valley of flowers." 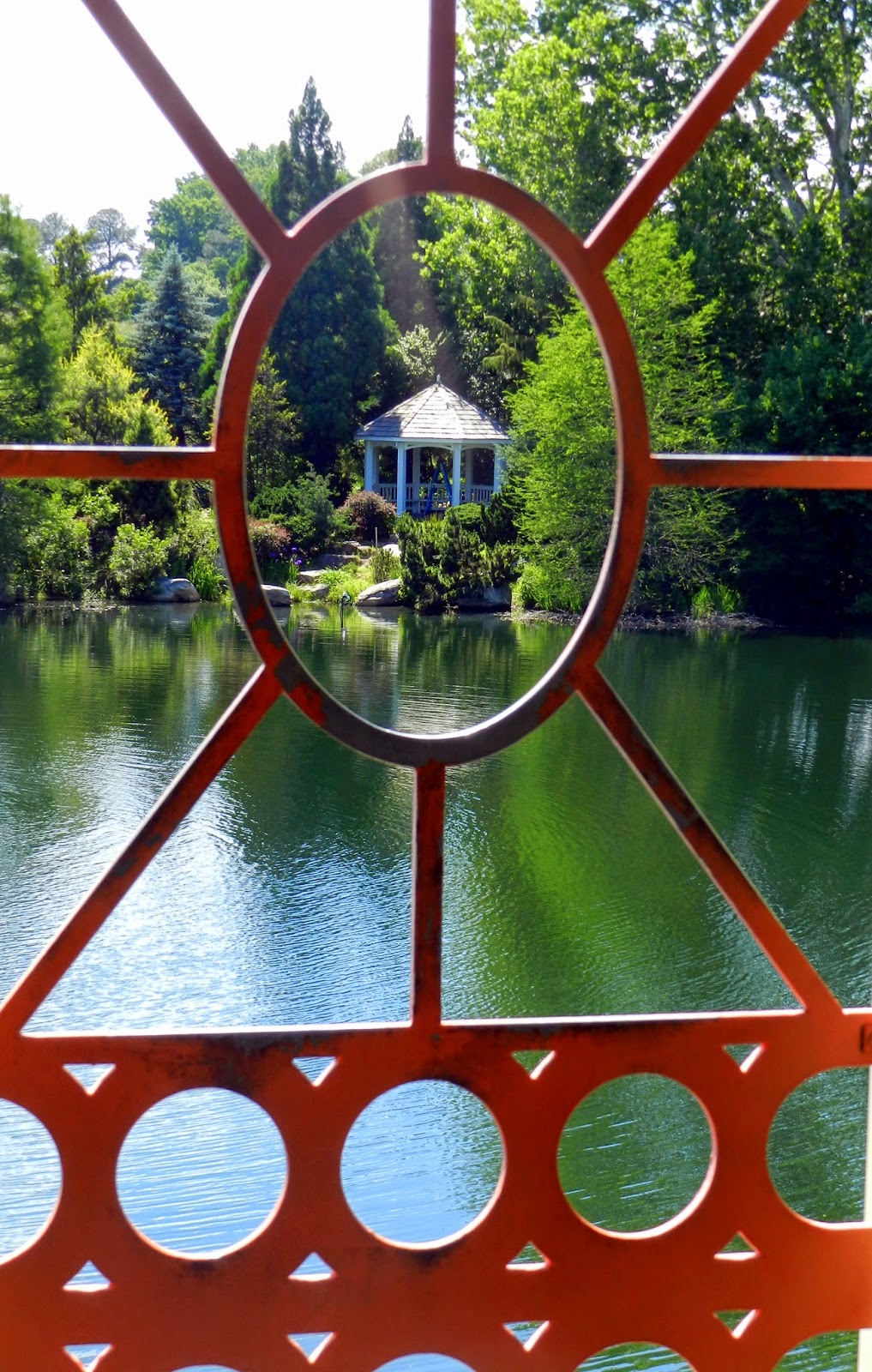 Arents willed life-rights to Smith, but stipulated
that after Smith's death the city of Richmond was to develop the property as a botanical garden in honor of her uncle. Smith lived until the age of 100, dying in 1968. Unfortunately, although the city investigated plans for a botanical garden, none of the plans came to fruition and the property languished until 1981, when a group of botanists, horticulturists, and interested citizens banded together to form the Lewis Ginter Botanical Garden, Inc., to uphold Arent's will. A lawsuit ensued, but an amicable settlement allowed the formation of the Lewis Ginter Botanical Gardens. 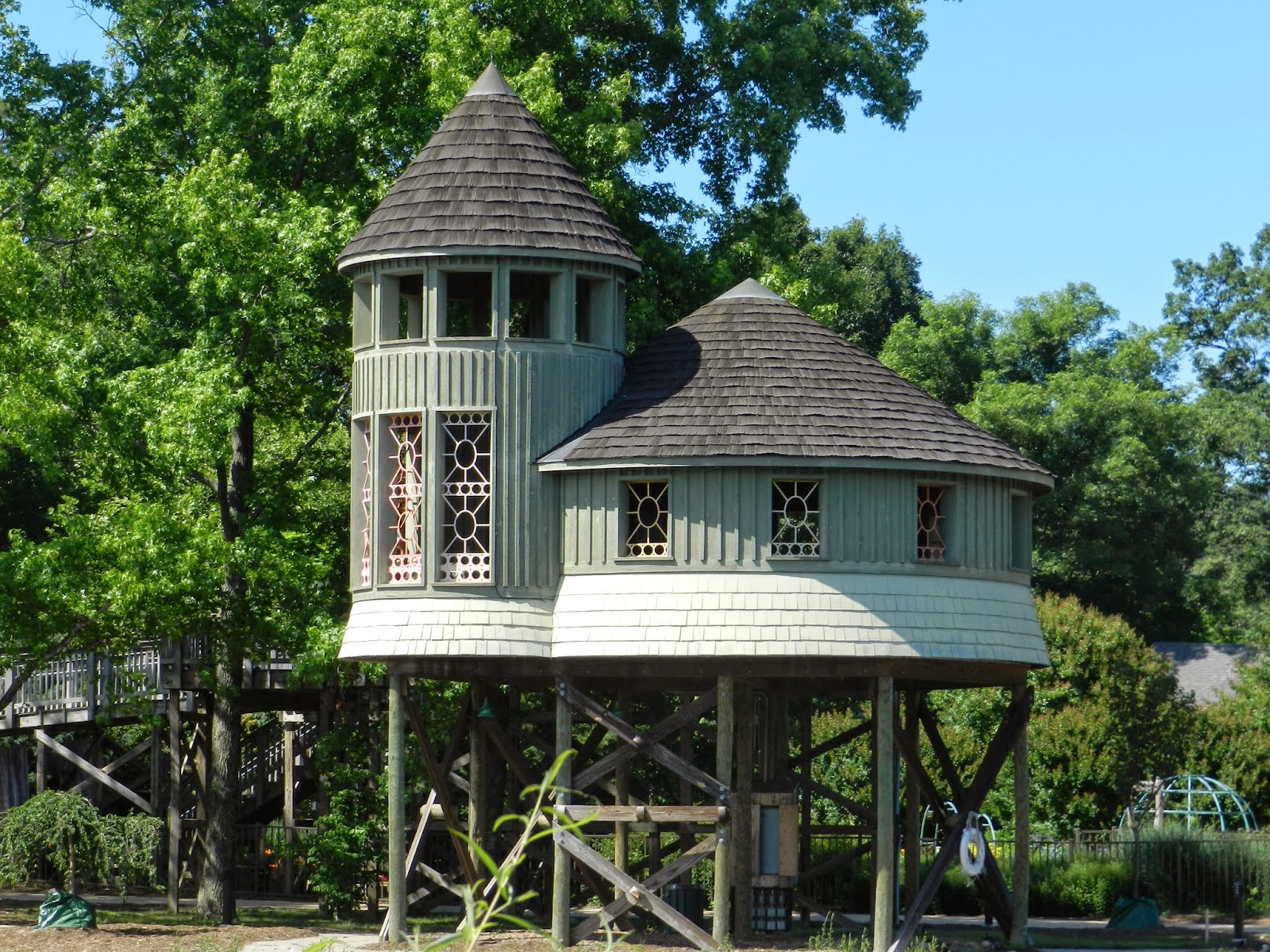 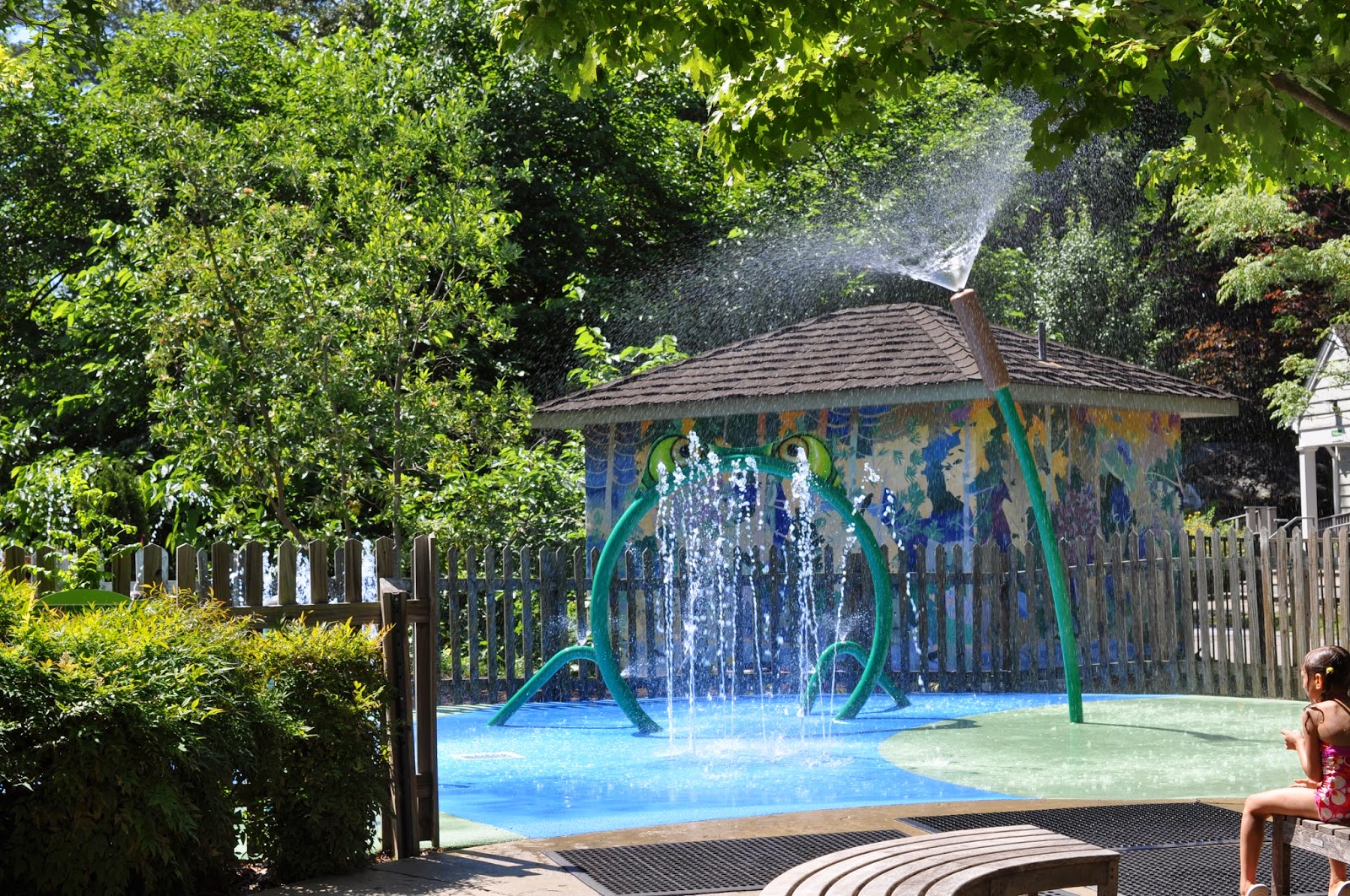