Back to Blackwater Falls

Canaan Valley draws us frequently. We've been going up there as a family for almost a decade. It is, frankly, one of my favorite places, and I usually find a weekend or two every year to go back and visit, maybe go on a hike or two, or three. I almost always take time to go up to Bear Rocks in Dolly Sods. 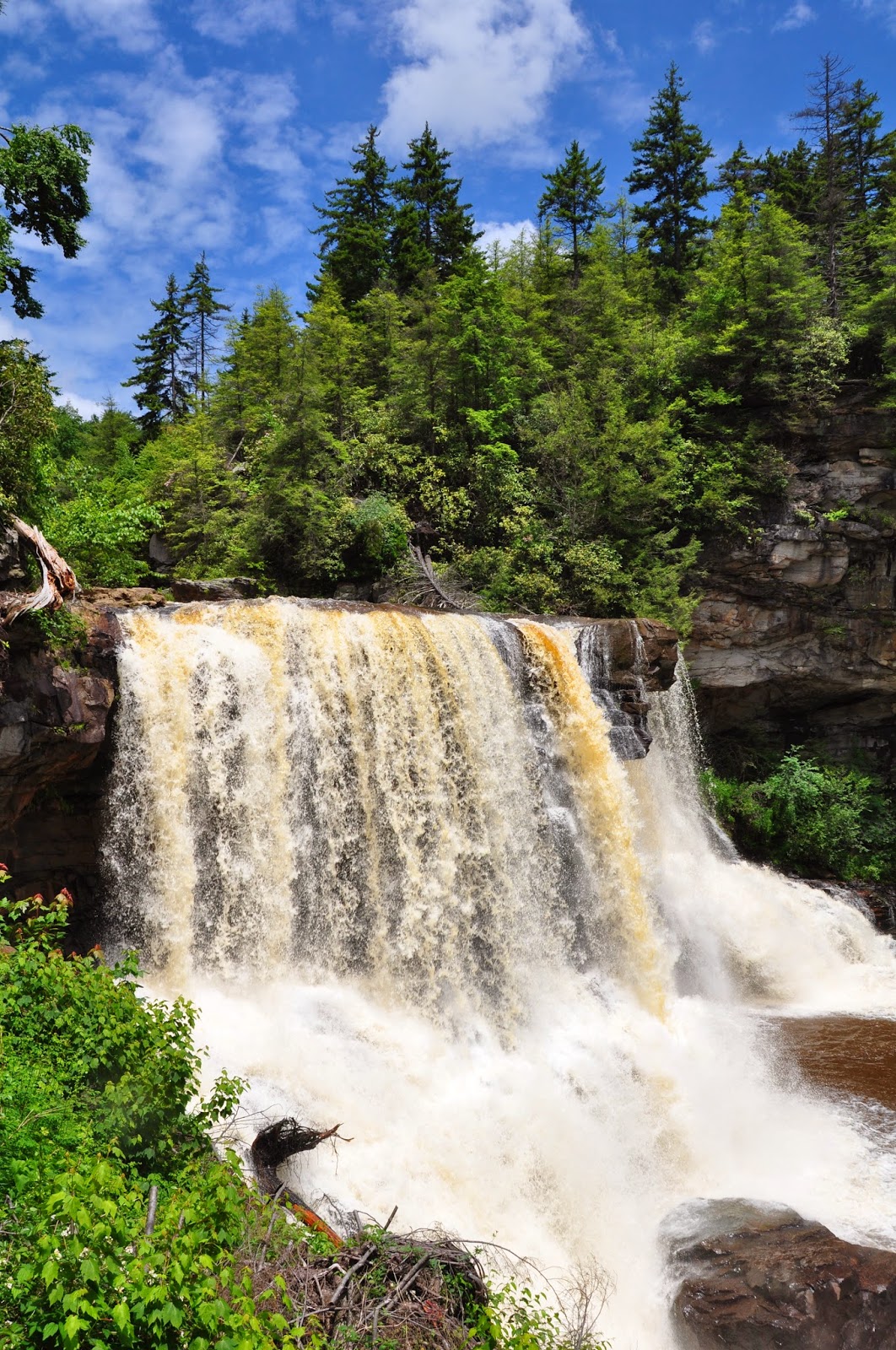 But this time we headed up to Canaan Valley as a long -- very long -- day trip. My son needed driving experience and the combination of highway and country road complimented his needed experience to a T. The plan for the day was to drive up, see Blackwater Falls -- we always enjoy the roar and the drama of the falls as it tumbles into the gorge. Dolly Sods would have to wait for another trip.

With recent rains swelling the Blackwater River, we were not disappointed!

Blackwater Falls State Park, obviously, is named for the falls of the Blackwater River, whose amber-colored waters plunge five stories before twisting and tumbling through an eight-mile long gorge.

The falls are one of the most photographed sites in West Virginia.

So why "blackwater"? The "black" water is a result of tannic acid from fallen hemlock and red spruce needles.

You'll get a little work out if you visit the falls. To see the falls overlook, you travel down 219 stairs -- that's about 20 flights. But otherwise, the walk is short, and along the way you get several dramatic views of the falls from different vantages.

The water falls varies dramatically depending on the seasons and recent rain falls. I have seen the falls in the drought of summer, when a wispy little ribbon spills over the rim. And I've seen the falls in early April, with snow still on the steps and snow melt flooding the gorge (although the lower set of stairs were closed -- covered in snow and a flooded gorge made them too dangerous for sightseers). This time, the falls raged with rain from recent summer storms.

The nearby towns of Thomas and Davis are home to a couple of craft stores and art boutiques, as well as a few cafes. We headed into Davis for lunch. Davis offers a couple of little cafes -- notably Hellbender Burrito, a dive of a place but a favorite of my kids. Sometimes we grab subs at Subway, a little further down Route 32 South from Davis (about halfway to the Canaan Valley Resort State Park.

Fairfax Stone Historical Monument State Park is a state park commemorating the Fairfax Stone, a surveyor's marker and boundary stone at the source of the North Branch of the Potomac River in West Virginia.

The original stone was placed on October 23, 1746 to settle a boundary dispute between Thomas Fairfax, 6th Lord Fairfax of Cameron and the English Privy Council concerning the Northern Neck Land Grant, or the "Fairfax Grant," of Virginia. It determined the proprietorship and boundaries of a large tract of mostly unsurveyed land, back when Maryland and Virginia were still colonies.

The exact boundaries of the "Northern Neck Land Grant" (later called the "Fairfax Grant") had been undetermined since it was first contrived in 1649 by the then-exiled King Charles II. John Savage and his survey party had located the site of the source of the North Branch of the Potomac River (the northern boundary of the tract) in 1736, but had made no attempt to establish the western boundaries.

But the Fairfax Stone doesn't mark the border with Maryland, interestingly enough. Trivia alert: The North Branch of the Potomac River initially heads west from its source at the Fairfax Stone before curving north and then generally flowing east toward Chesapeake Bay. For this reason, the Stone is only a county corner of West Virginia counties rather than part of the state's border with Maryland, an issue that was only resolved when the Supreme Court ruled against Maryland in 1910 in determining that Maryland would only go westward up the Potomac far enough to meet a point where a line north from the Fairfax Stone would cross that branch of the Potomac. 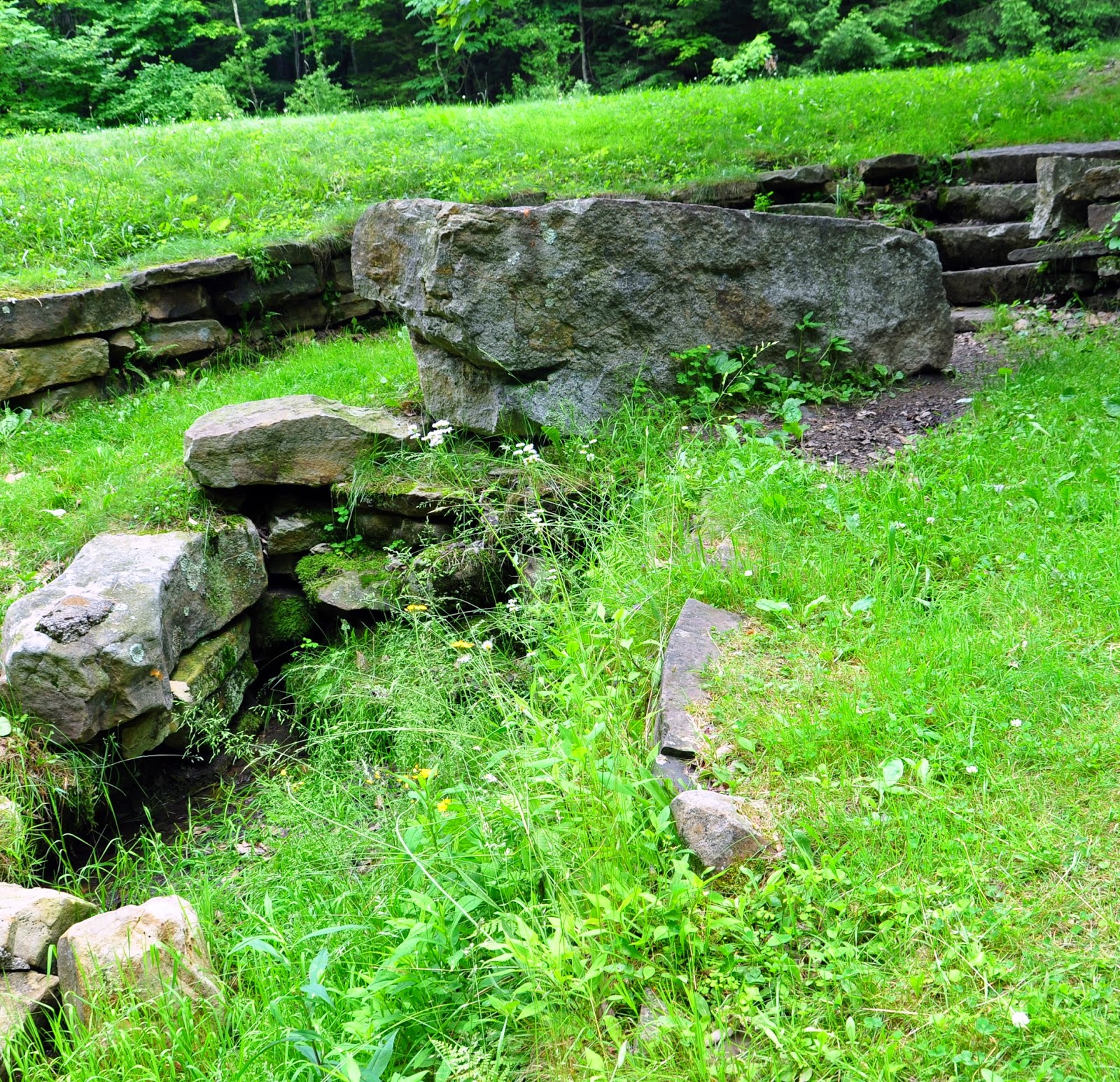 I admit, the Fairfax Stone comes under the category of "we saw it so you don't have to." It's a stone, with a copper plaque embedded in it. Below it, a dribble of water oozes from the ground, more mud than water, from whence springs the mighty Potomac River, supposedly, or at least, the North Branch. I dabbed my fingers in it -- not sure why, except to have touched the Potomac waters before it becomes the Potomac. My son stayed in the car.... some days he hates this blog.

Getting there: Blackwater Falls is located at 1584 Blackwater Lodge Road, Davis, WV 26260 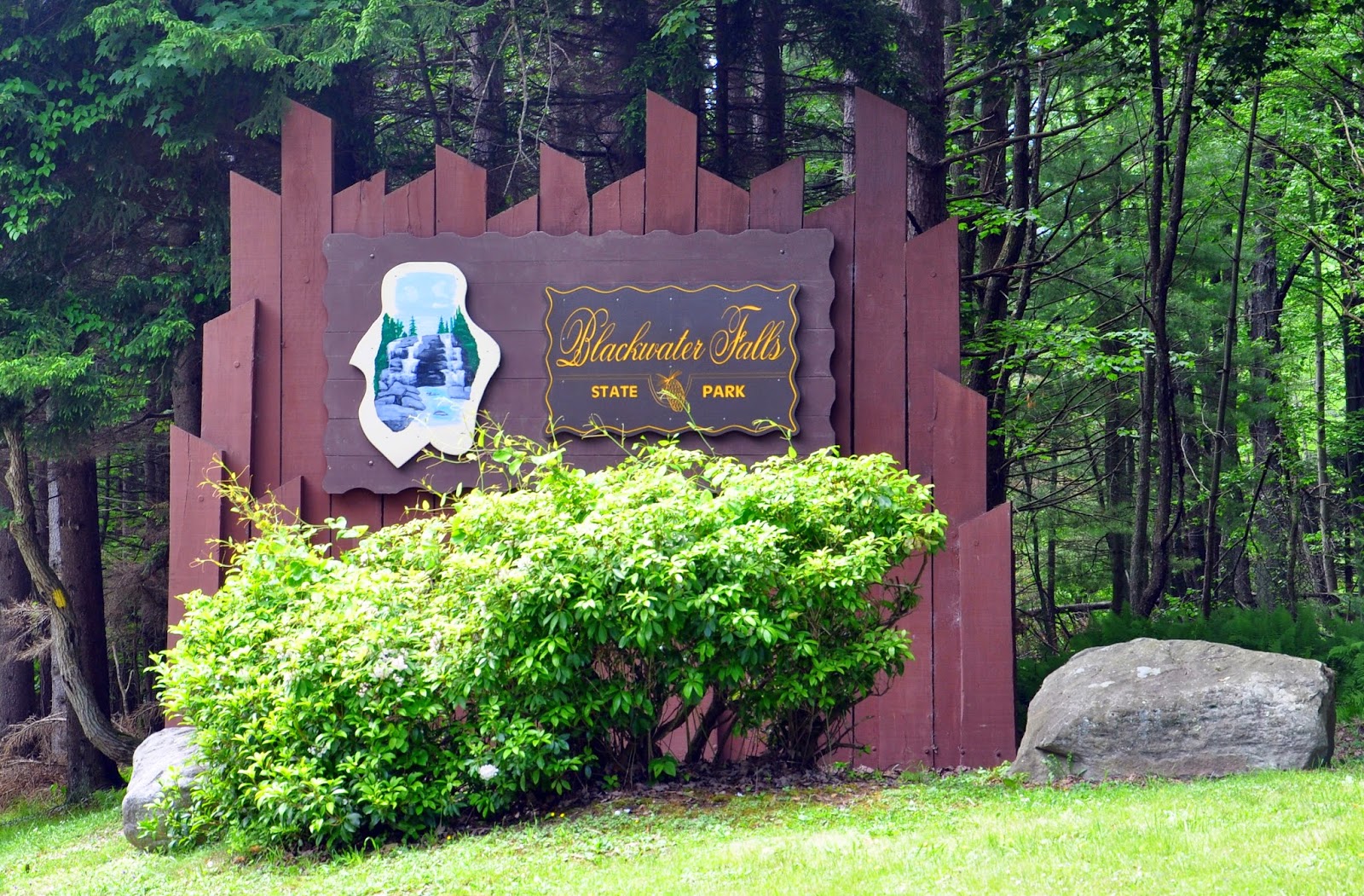