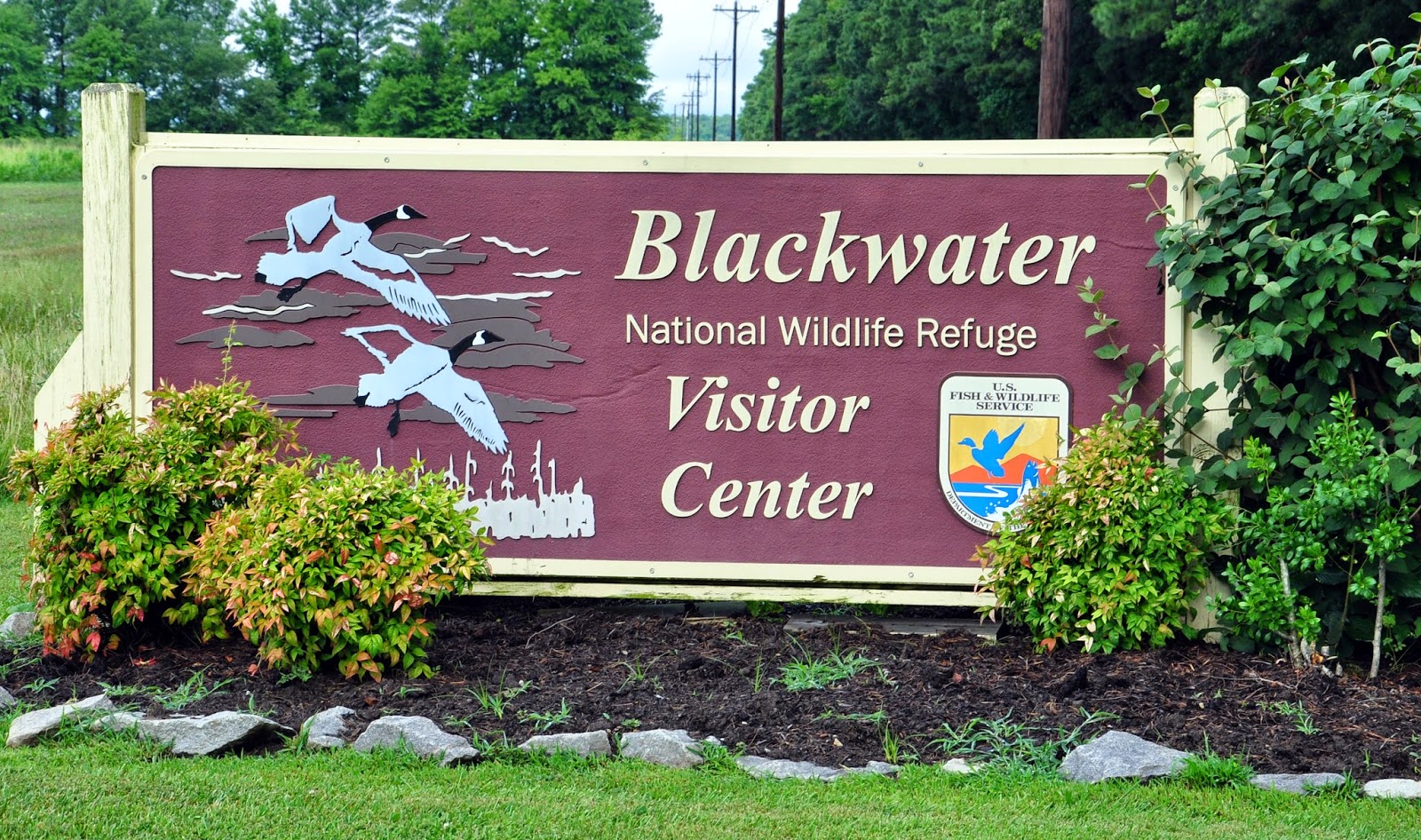 We were there on a cloudy day, with rain threatening the entire time. There's an eerie, lonely beauty to the refuge, reminiscent (to me, at least) of Dolly Sods Wilderness, although I don't think the refuge has suffered all the indignities the Sods has.

We were there the first weekend in August, so the vast flocks of snow geese, which we saw when we visited Bombay Hook NWR most recently, were happily summering elsewhere. Instead, there were dragonflies and summer blooms. If you drive through the refuge, make a point of getting out of your vehicle to walk along the road and see the refuge more slowly. 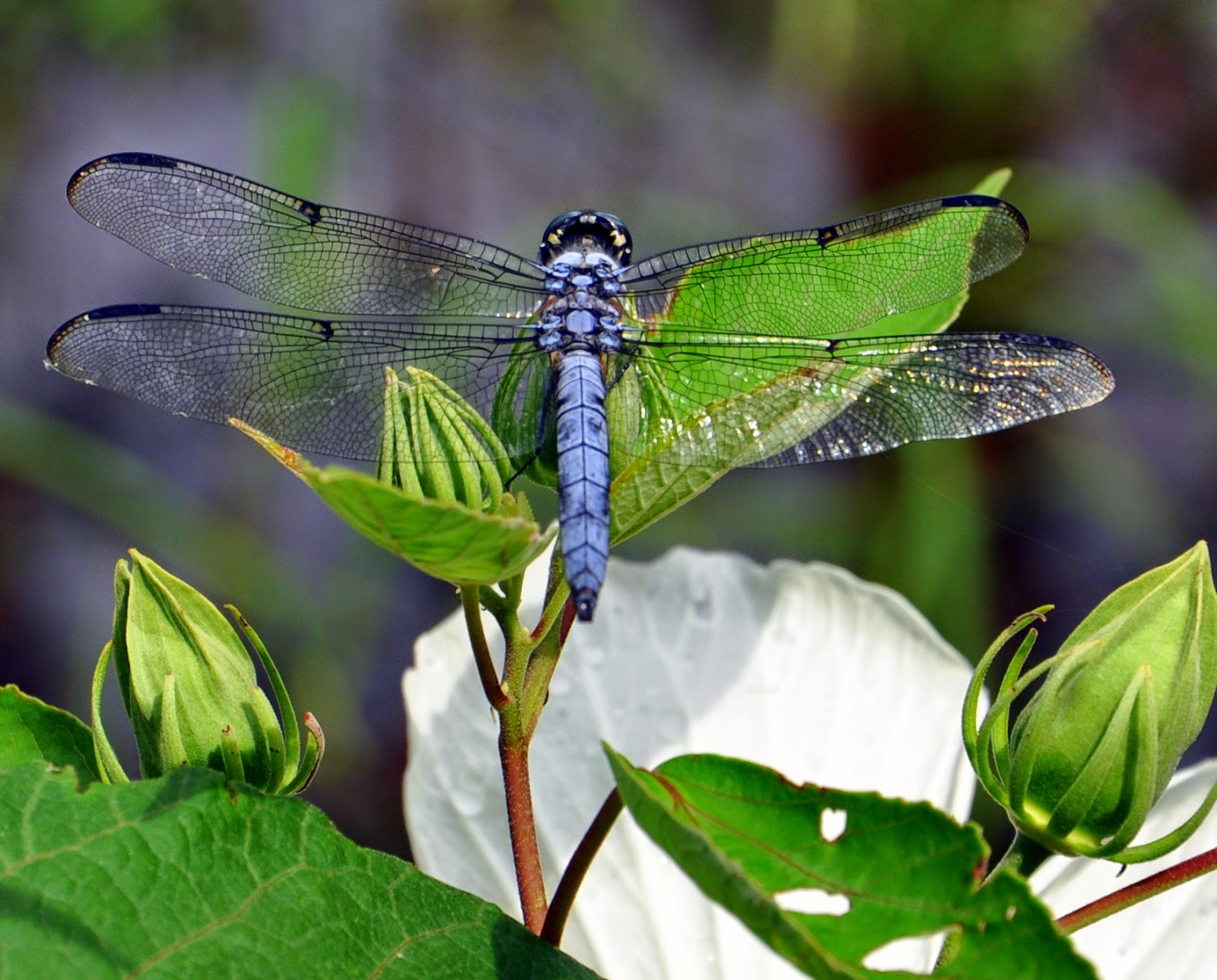 In fact, the best time to view waterfowl is November through February. The refuge serves as an important resting and feeding area for migrating and wintering waterfowl and is one of the chief wintering areas for Canada geese using the Atlantic flyway (although Canada geese seem to have no problem wintering in Ellicott City, I've noticed). Other wintering species includes tundra swans, snow geese, and more than 20 duck species, including the ubiquitous mallards, blue- and green-winged teals, wigeon, wood ducks, shovelers, mergansers, and pintails. Such interesting names these ducks have! Mallards and wood ducks can be found in the refuge all year long.

You'll also be likely to spot great blue heron and possibly bald eagle as well. The refuge supports one of the highest concentrations of nesting bald eagles on the Atlantic Coast. We saw numerous heron and white egrets while we were there, and osprey and bald eagles from a distance (unfortunately I'd left my zoom lens home). 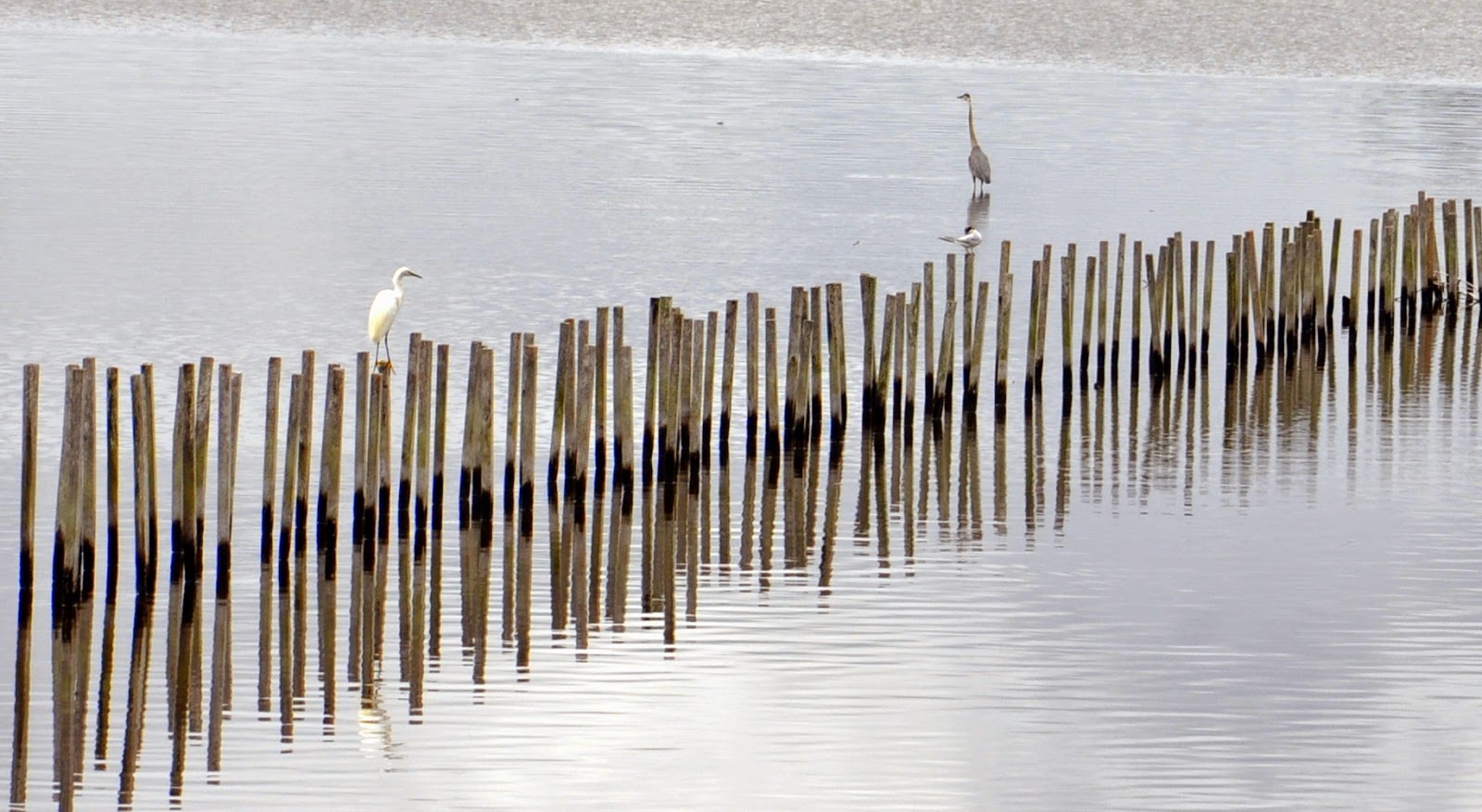 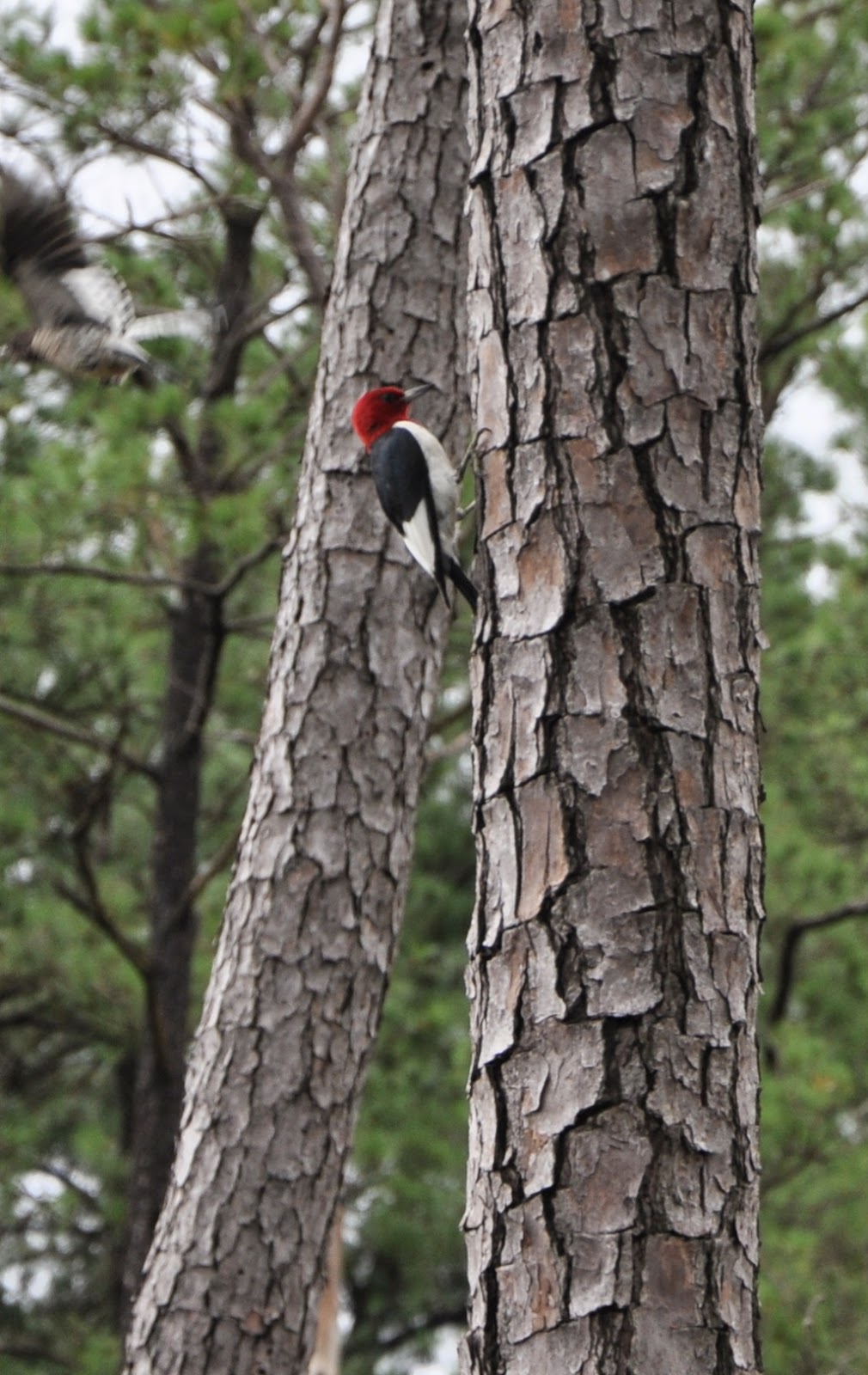 Numerous marsh and shorebirds arrive in the spring and fall, searching for food in the vast mudflats and shallow waters of the Blackwater River. Ospreys are common. Moving over to the woodlands, you have a chance of spotting owls, towhees, woodpeckers, nuthatches, woodcock and even wild turkey. While we were there we were entertained by a red-headed woodpecker, who flitted from tree to tree, teasing us with different poses. 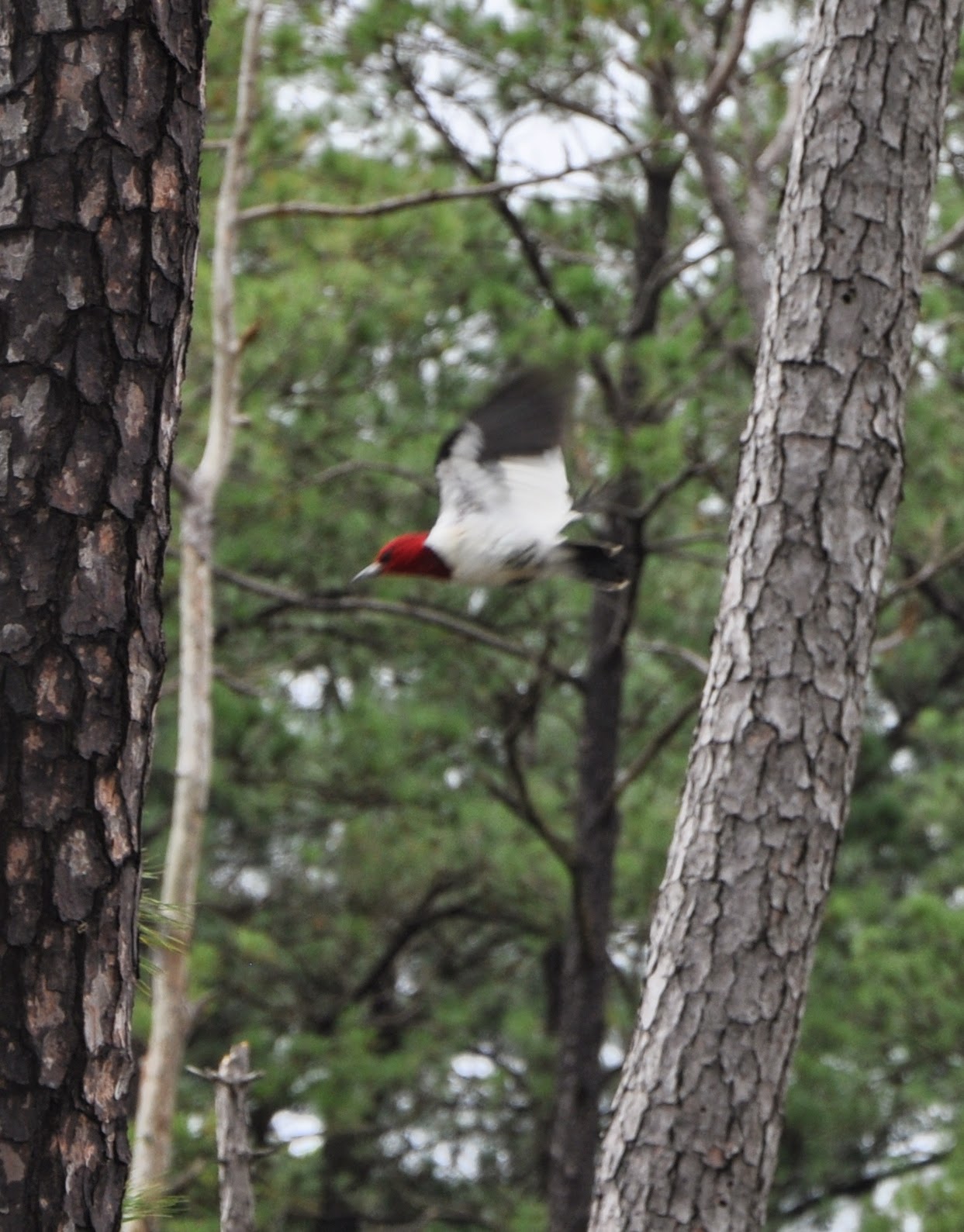 When is the best time to see the refuge? When I asked the volunteer behind the desk at the Visitor's Center, she wittily responded, "Depends." And upon further investigation and with the help of a brochure from the Visitor's Center, I realized she's right. Just about every month offers something new --  the refuge inhabitants are constantly changing.

In case you're considering planning a trip -- the information below may be helpful. I admit, I shamelessly cribbed it from the brochure published by the U.S. Fish & Wildlife Service, "Blackwater National Wildlife Refuge."

In January you can expect to see geese, swans, and ducks, along with hawks, herons, and a few species of shorebirds. Golden eagles are often observed, and bald eagles may be beginning to rebuild their nests high in the loblolly pine trees. 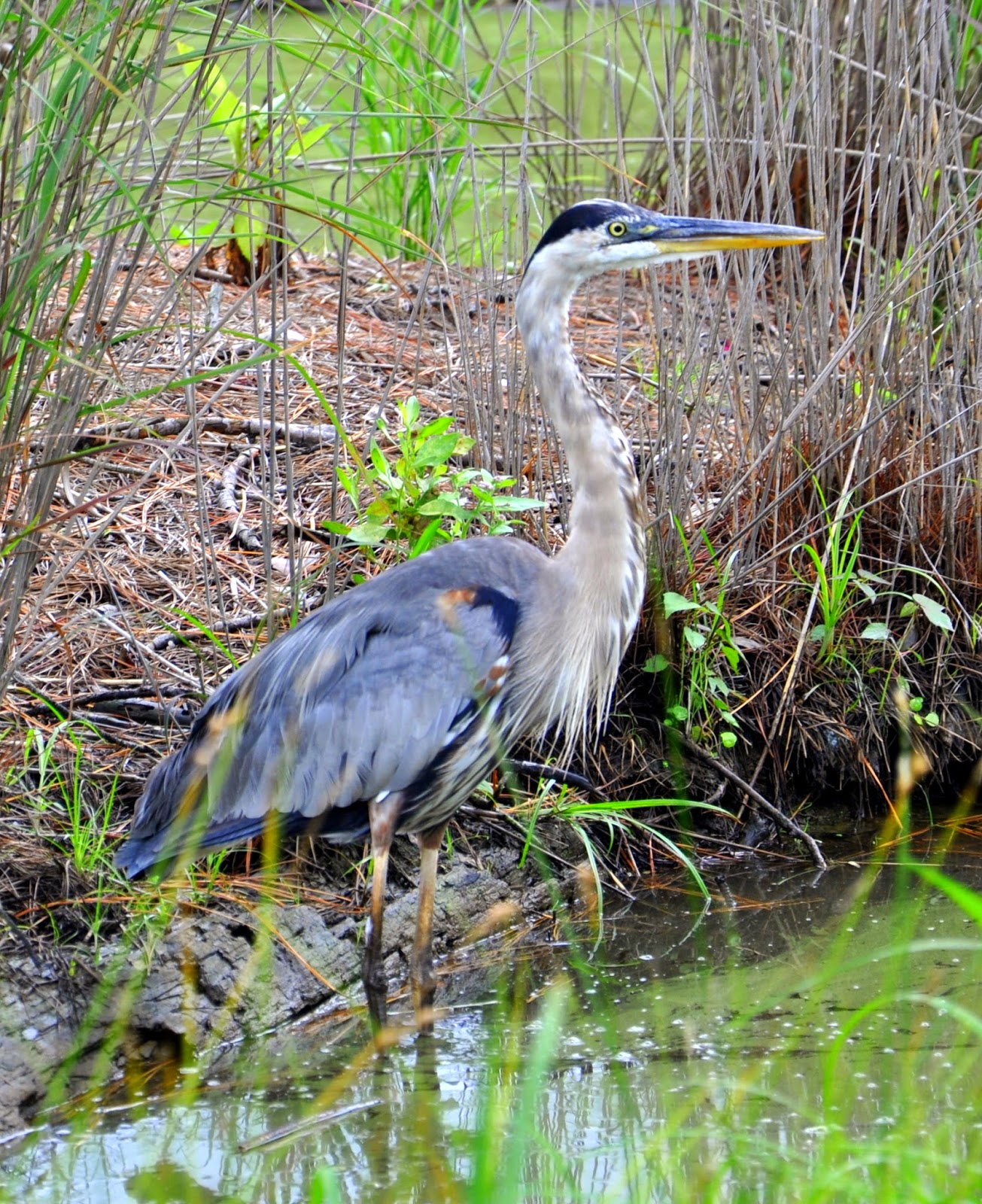 By March, most migratory waterfowl depart for points north. Masses of red-winged blackbirds pass through, although some remain to nest. Osprey return from southern wintering grounds and begin constructing nests. Young bald eagle eggs begin to hatch, which you can see from an eagle cam in the Visitor's Center.

The majority of migrant marsh birds return by mid-April. Blue-winged and green-winged teal pass through. Osprey, wild turkey, and northern bobwhite all begin to nest. Peak shorebird migration occurs in late April to early May.

Migratory songbirds also peak in late April and early May, with warblers being most conspicuous and abundant. White-tailed deer fawns start appearing and eaglets start to fledge. The first broods of waterfowl appear.

Ospreys begin to hatch in June and young waterfowl begin to fly. Songbirds begin to nest. Oh -- and large concentrations of flies and mosquitoes are in the marsh and woods (so be prepared). 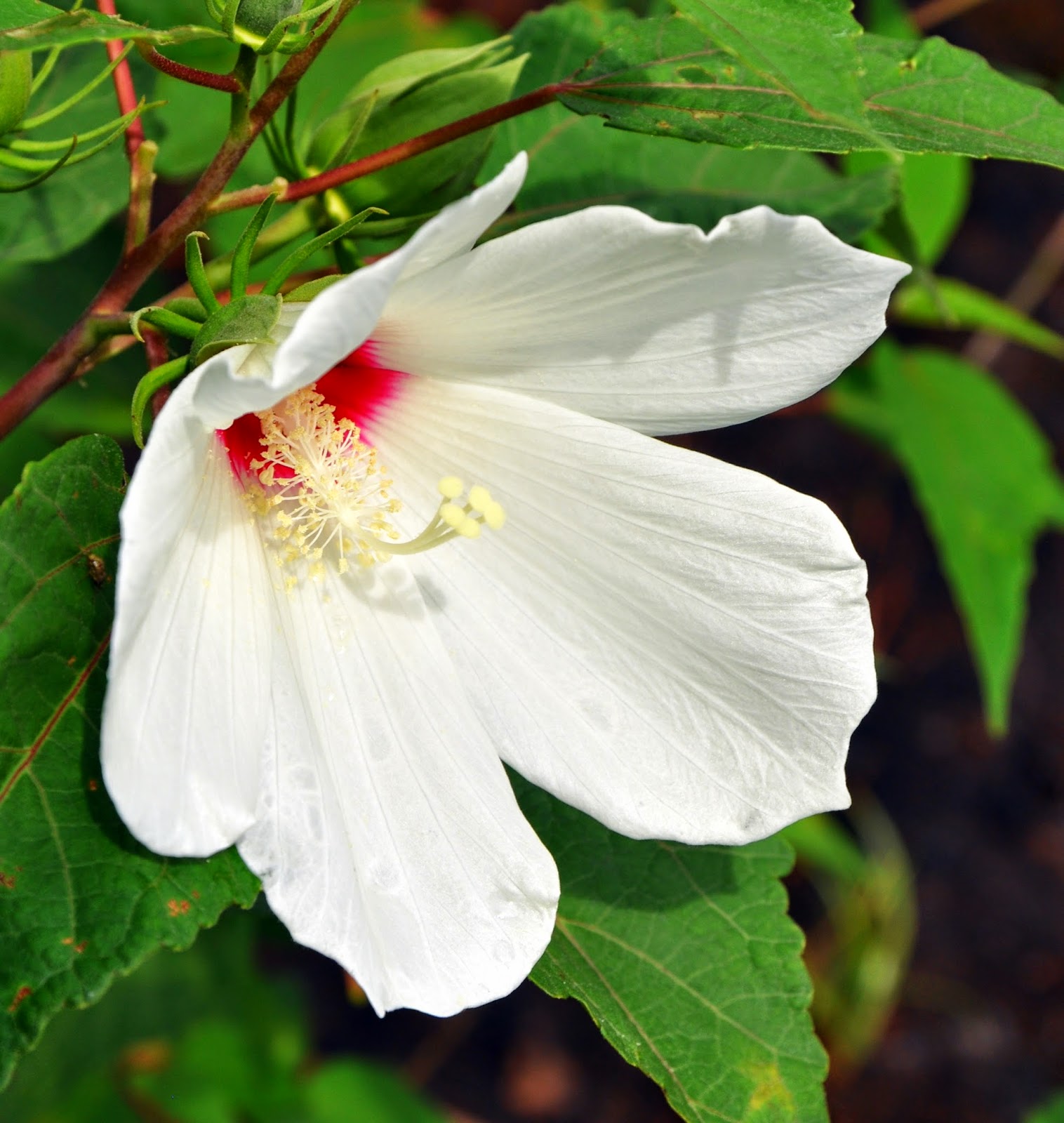 These large quantities of insects are consumed by swallows, kingbirds, and flycatchers in July. The conspicuous marsh hibiscus begins to bloom along marsh edges by the end of the month, and osprey young leave the nest.

In August, the wading birds increase, and blue-winged teal -- always the last to leave and first to arrive -- start appearing en route on their southward migration.

By September, ospreys migrate to South and Central America but the waterfowl gradually increase. Egrets and herons accumulate until cold weather pushes them south. Tickseed sunflowers bloom. Songbird migration peaks in late September and early October. If you like amphibians, then you'll be glad to know that toads are abundant then as well!

In October, autumn colors peak. Blackbirds, the last of the songbirds to migrate, peak in October and November. Abundance of ducks and geese gradually increase, although peak times vary from year to year. Tundra swans usually arrive by early November and several hundred remain there throughout the winter. By December, bald eagle numbers increase with the arrival of migrants from the north, and golden eagles are occasionally seen as well. 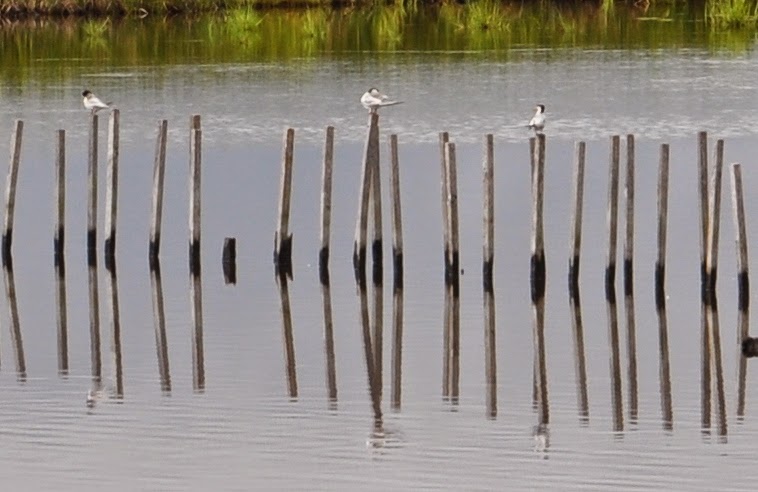 Tip #1: Rent bikes or kayaks from Blackwater Peddle and Paddle, or bring your own. You can get a map from the Visitor's Center that provides routes for biking and kayaking.

Tip #2: While we were in Cambridge, a local resident mentioned that there's a very nice 25-mile bike ride around the refuge. From the Visitor's Center parking lot, turn left onto Key Wallace Road. Turn left onto Rt 335, then another left onto Rt 336. Take another left onto Maple Dam Road, follow it to Key Wallace Road, where you'll turn left again. Follow that back to the Visitor's Center. I haven't biked this yet, but it's on my list for this fall. Maps of the area are available from the Dorchester County Visitor's Center, just off of Maryland Avenue after you cross the Choptank River bridge on Rt. 50 (if you're coming from the Bay Bridge).

Getting there: The Blackwater NWF is located at 2145 Key Wallace Road, Cambridge, MD; entrance fee to Wildlife Drive required.