Often Overlooked, Cambridge, MD Is Worth Stopping For 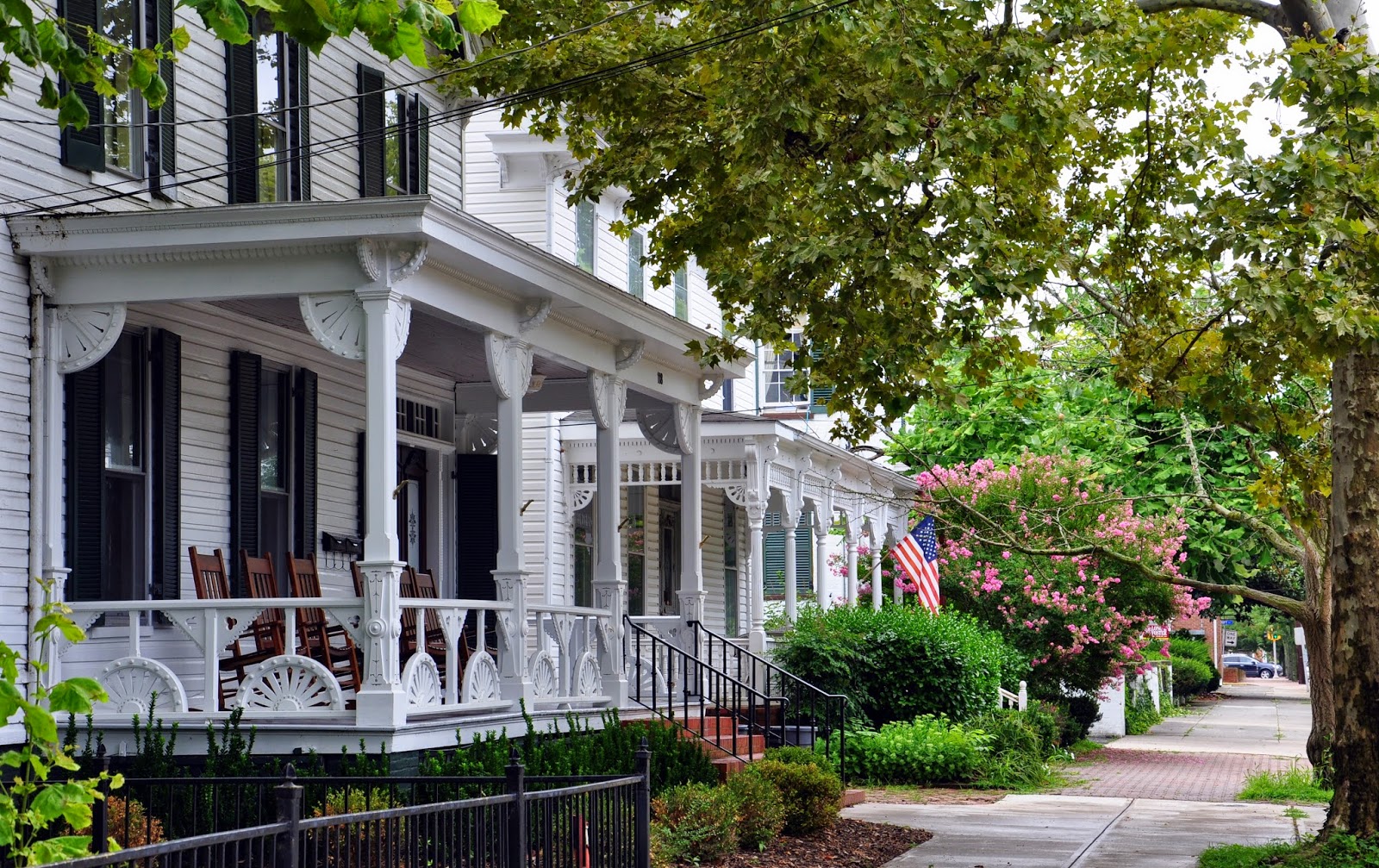 If you're like me, you have driven past Cambridge dozens of times, on your way to some place else -- usually Ocean City, Assateague Island, or even Chincoteague Island.

But Cambridge isn't just the fast food joints, gas stations, big box stores, and chain restaurants you see from Rt 50 -- there's a quaint little riverside town hiding back there. There are beautiful Victorian homes (some haunted, of course), boutiques to browse, and restaurants worthy of being called destination restaurants. 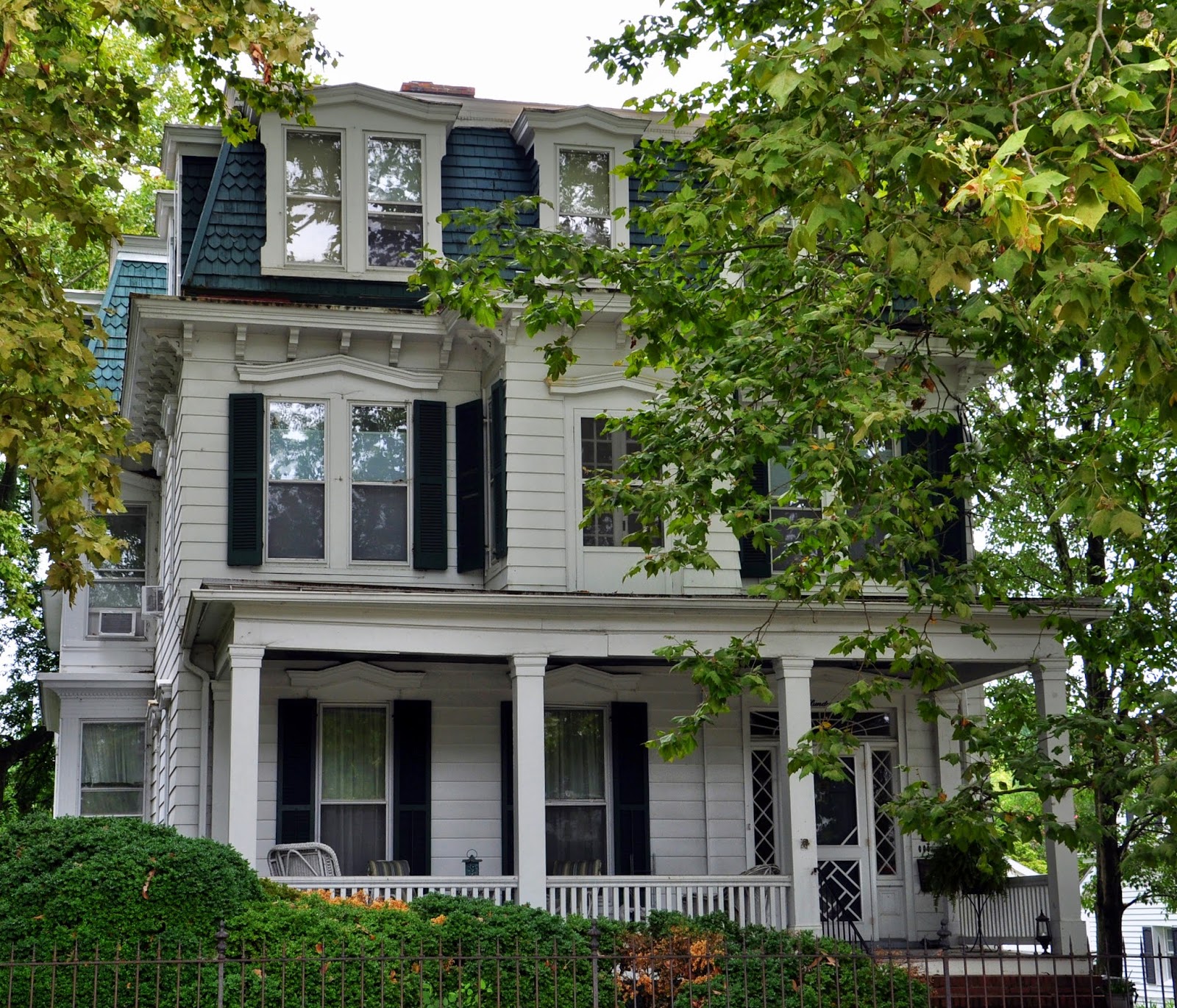 Don't you think it's time to take that turn off of Rt 50 onto Maryland Avenue, to discover a quaint Eastern Shore town on the southern bank of the Choptank River still in touch with its heritage?

Settled by English colonists in 1684, Cambridge is one of the oldest colonial cities in Maryland. At the time of English colonization, the Algonquian-speaking Choptank Indians were already living along the river. During the colonial years, the English colonists developed farming on the Eastern Shore. The largest plantations were devoted first to tobacco, and then mixed farming; numerous slaves worked the plantations and farms, although less labor was needed for mixed farming. 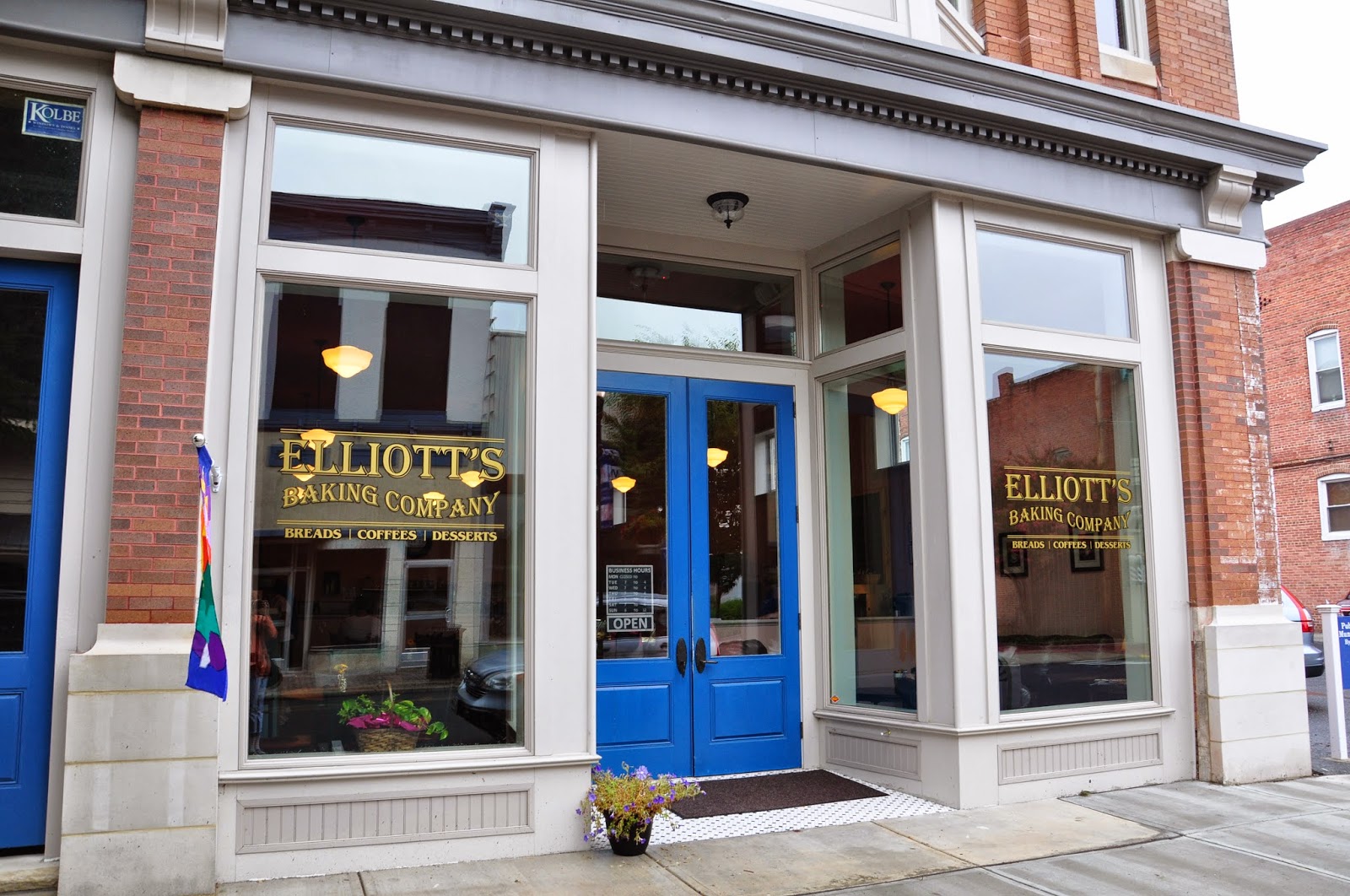 While five Maryland governors called Cambridge home, Harriet Tubman ran from Cambridge, seeking her freedom farther north. But she returned again and again, ushering her family members and others to freedom along the Underground Railroad.

We learned all this for ourselves a couple weekends ago, when we spent the weekend exploring Dorchester County. With skipjack tours, kayaking, the Blackwater Wildlife Refuge... there's a lot to do in Dorchester! We only scratched the surface though, as we learned about kayaking and biking opportunities that I'd like to do in the future. If you're unsure what Dorchester County and Cambridge offers, be sure to check out the Visitor's Center, just off Maryland Avenue. They'll give you some hints there!

We started our day with a stop for coffee and breakfast at Elliotts Bakery, which was bustling at 8 a.m. Although labeled a bakery, Elliotts serves coffee, biscuits and bagels, as well as pastries. And if you don't make it there in time for breakfast, Elliotts also offers a modest lunch menu of either cold sandwiches or hot paninis. Treat yourself to a flavored coffee, or try one of the regular coffees. Or just stop by for a tasty slice of cheesecake (their specialty). From there we headed over to the Long Wharf to check out the Choptank Lighthouse. 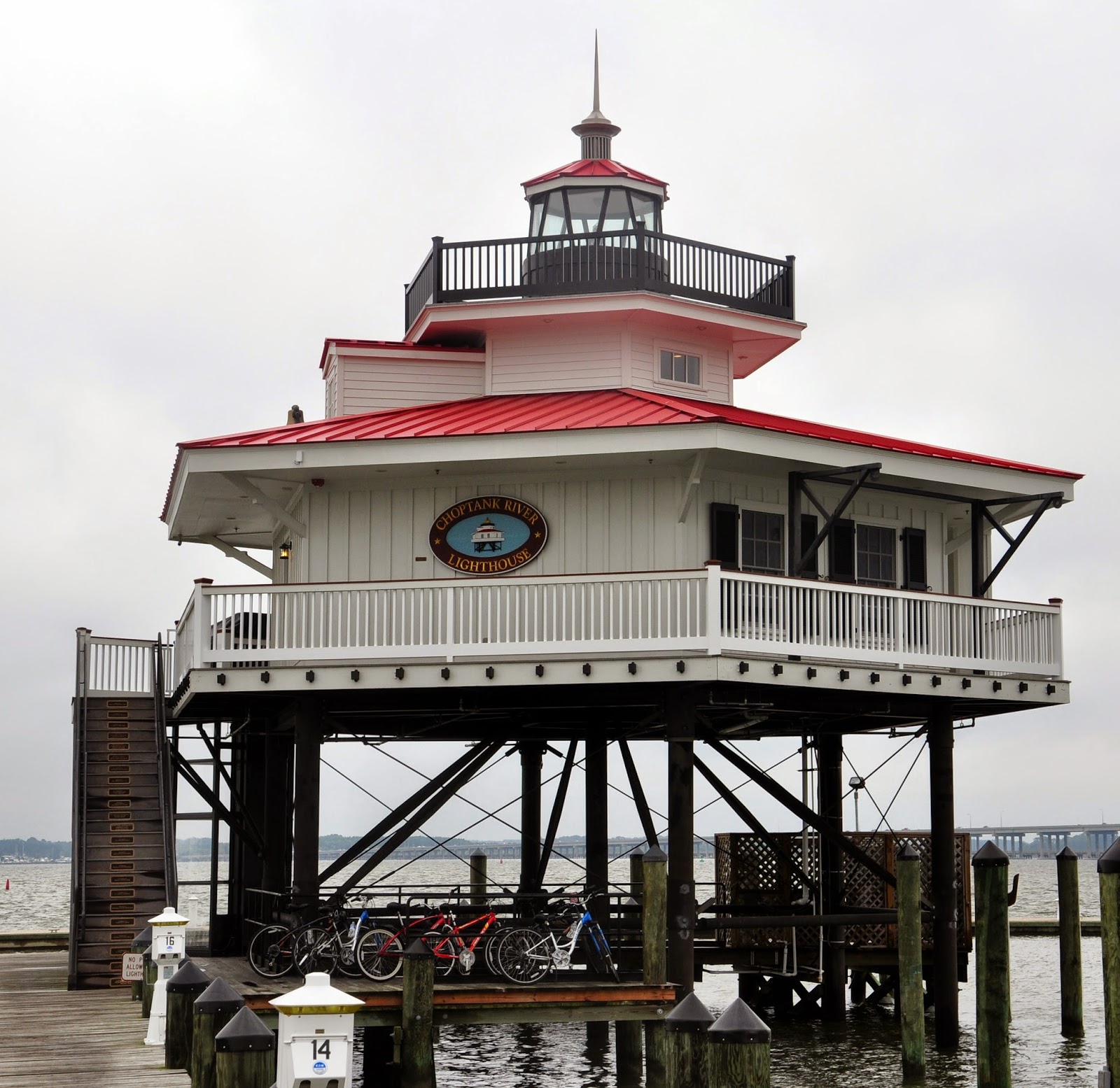 The Choptank River Lighthouse once stood between Castle Haven and Benoni Points on the Choptank River, near the mouth of the Tred Avon River. The first light at that location was built in 1871, replacing a lightship which was stationed there the previous year. Winters were hard, and ice often piled up, first tilting the lighthouse in 1881, and then destroying it completely in 1918. Plans were made to rebuild, but instead the Cherrystone Bar Light, which had been deactivated in 1919 was moved by barge and placed on a new six pile foundation in 1921, making the new light the only working lighthouse to be moved from one location to another in the bay.

This light lasted until 1964, when the house was dismantled as part of the general program of eliminating such lights. A replica of the second Choptank River Lighthouse was built on the waterfront at Long Wharf in 2012. So although not the original, the replica lighthouse provides a nice idea how ... cozy, shall we say, these lighthouses often were. 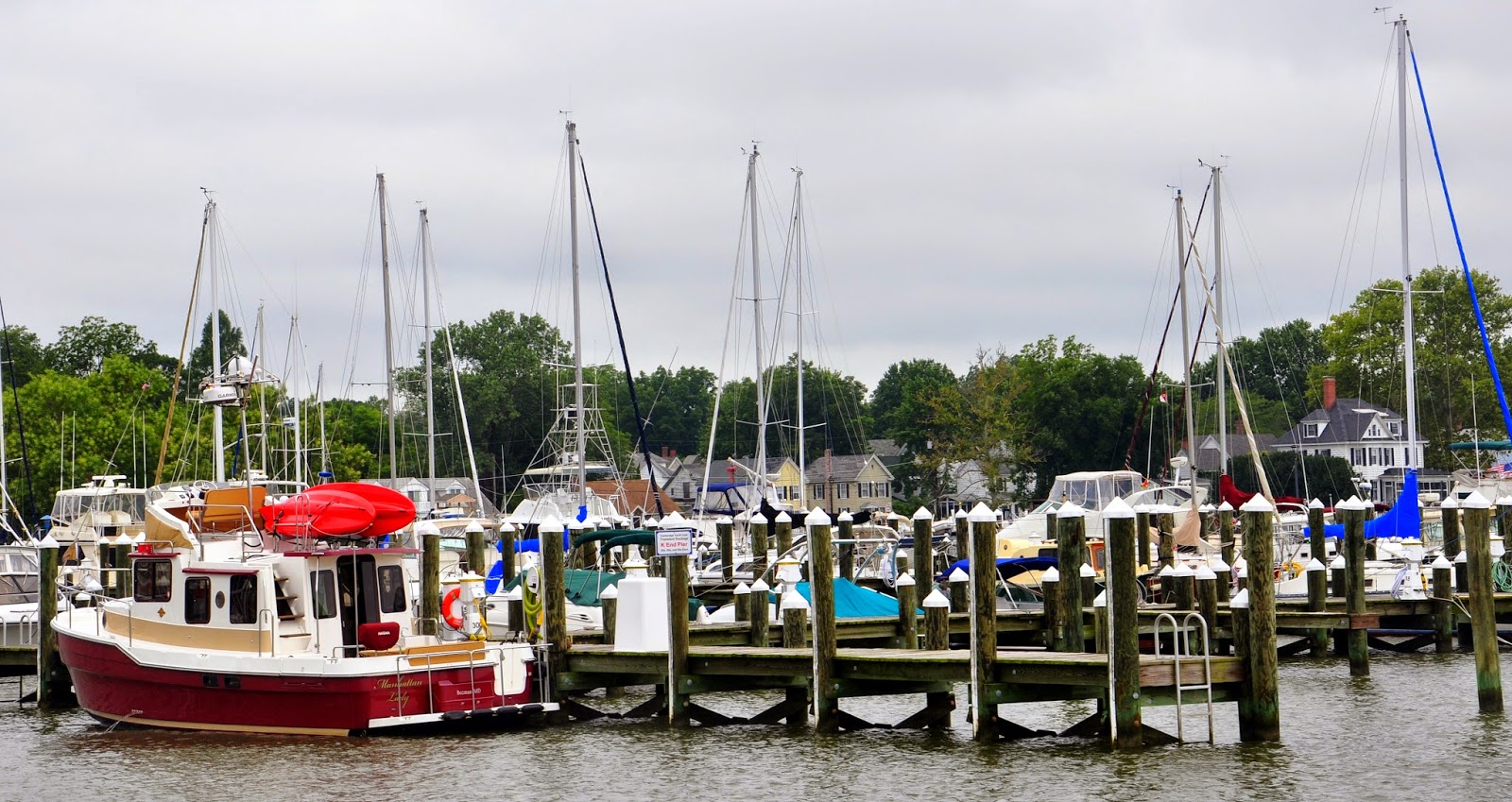 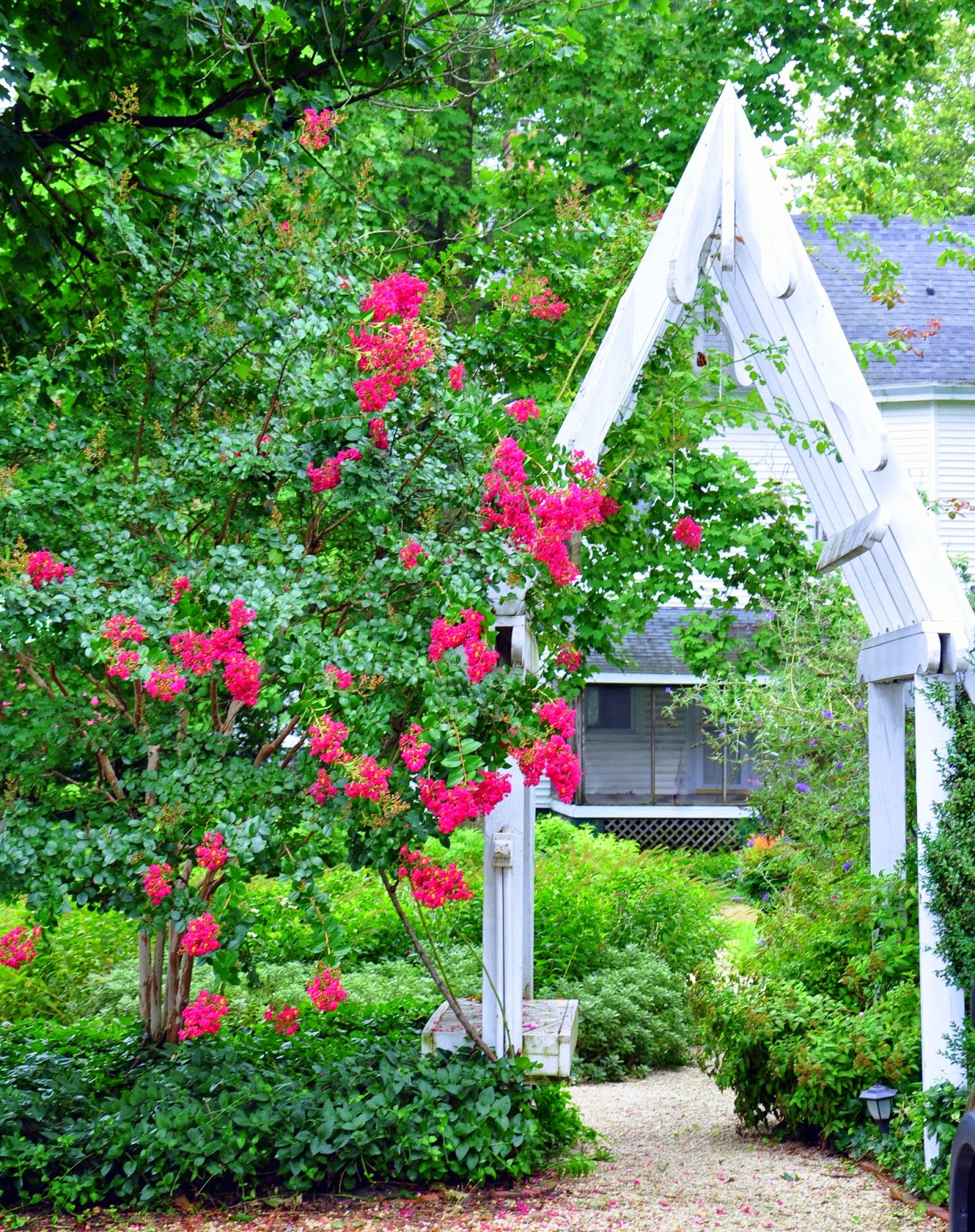 A great way to learn a little about Cambridge's history is to go on the historical walk, which leaves from the Long Wharf. The City of Cambridge is one of the oldest towns in Maryland dating back to 1684. In 1986, a group of citizens organized an effort to recognize and preserve Cambridge's rich architectural heritage. Their work resulted in the listing of the Cambridge Historic District on the National Register of Historic Places.

We joined up with Marjory, the tour guide for hour-long Walking Tour of Historic High Street. The tour slowly moves up High Street, discussing the Victorian-era houses and the people who lived in them in the 1700s and 1800s, including several Maryland governors -- the two Goldsboroughs (Charles and Thomas Alan) being the most notable. You'll hear about the house that's moved twice, and see authentic slave quarters. You also get to hear a little about sharpshooter Annie Oakley and the few years she lived in Cambridge in the early 1900s. 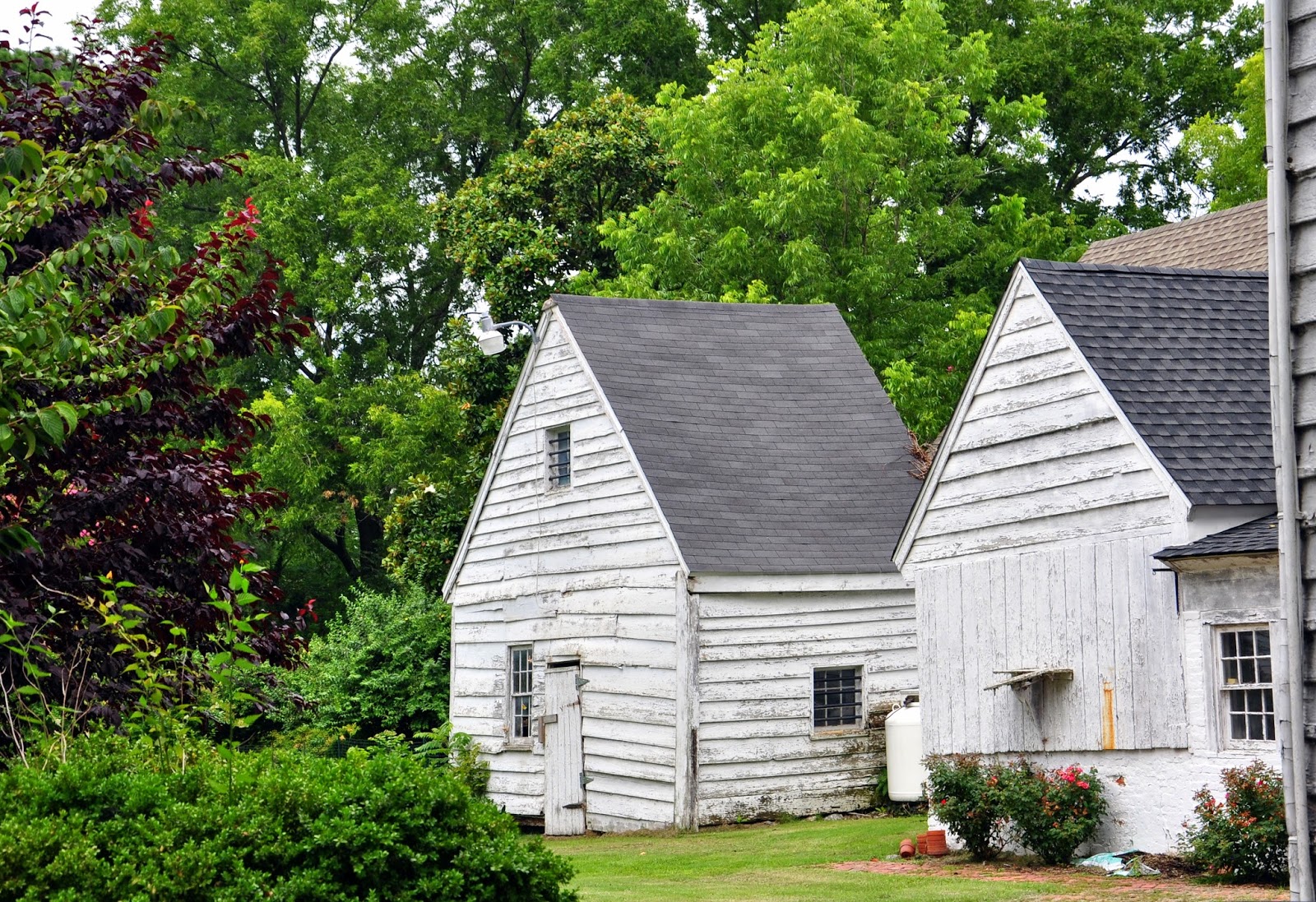 After the tour there's several interesting places nearby to grab a bite to eat -- Elliotts offers simple sandwiches, but if you enjoy gourmet cheeses, then do like we did, and head over to A Few of My Favorite Things Winebar. Try a simple melted cheese sandwich with a glass of wine. Then purchase some chocolate for later!

Athough we didn't get a chance to visit it, the Richardson Maritime Museum received some good reviews from folks we chatted with while aboard the Nathan of Dorchester skipjack (which I wrote about last week). Interestingly, the museum also has an old boatworks facility, where restoration of historic/antique/old boats is underway.

Cambridge has several bed and breakfasts right in town, but just off of Rt 50 is the Hyatt Regency Chesapeake Bay, which provides a "complete resort experience" -- and offers a pleasant place to relax for a night -- or more. The resort stretches across two miles of waterfront property with breathtaking views of the Choptank River. The facilities are lovely, and the rooms very comfortable. We were placed in a corner room, with windows on two sides, and the balcony providing a direct view to the river.

If you stay there, you have lots of options: swim in the pool, dip your toes into the Choptank River, go golfing, take a bike ride around the resort, go paddleboarding or kayaking... or just walking around the resort is lovely, with views of the wetlands as well as the river itself. Blackwater Peddle and Paddle rents bikes, paddleboards, kayaks, and more right at the resort. As we meandered around the paths, we encountered deer and several herons, who stayed just far enough away to prevent me from taking a decent photo! 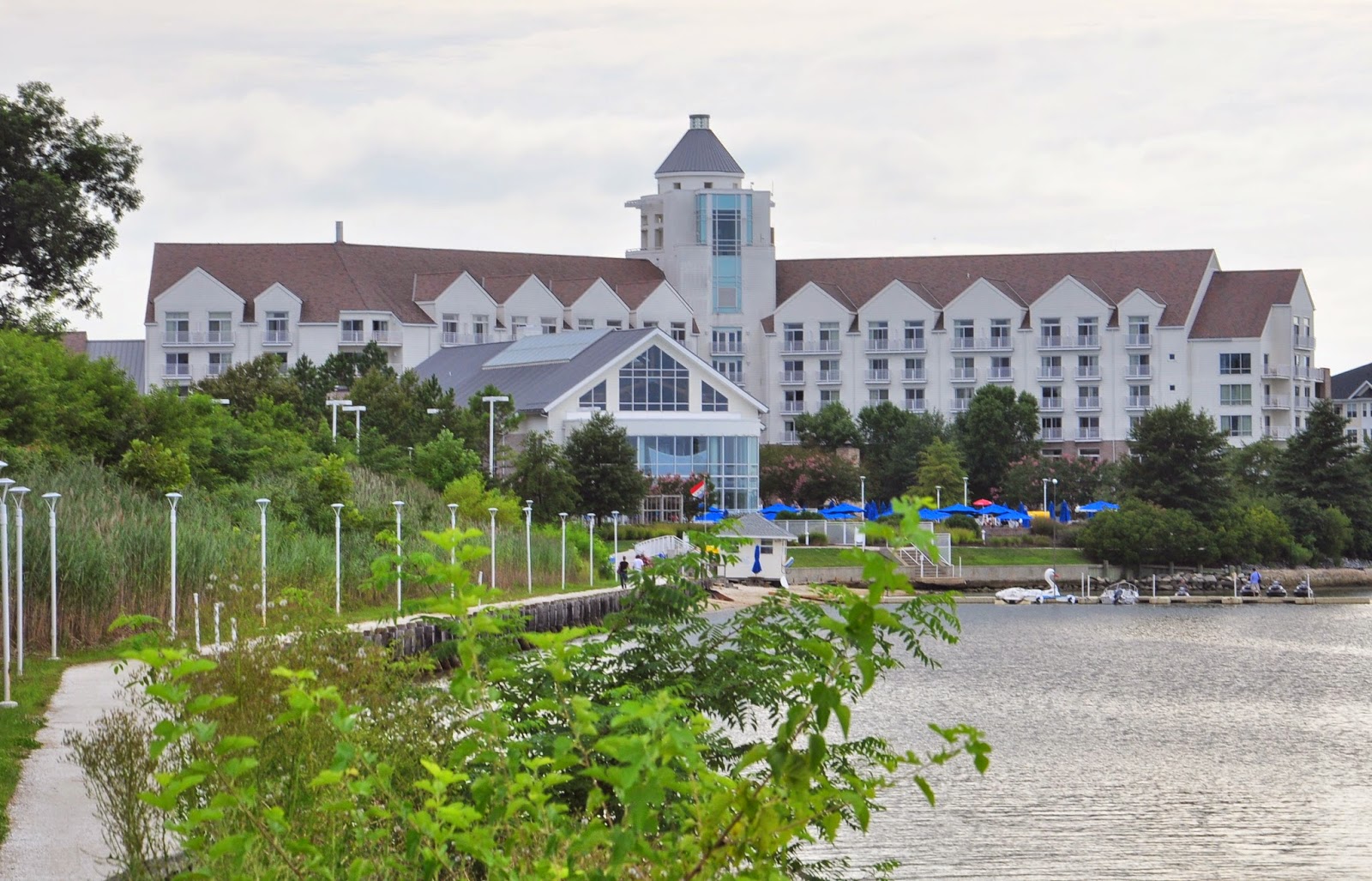 Although the resort offers several excellent restaurants, Cambridge also has several noteworthy restaurants right in town, including Jimmies and Sooks. With a name like that, you know it's got to specialize in crab dishes, and it does.

We got to try the crab imperial, the fried shrimp, the crab cake, but best of all, Chef Kelso's Crab Napoleon -- a signature dish of crab imperial layered with fried green tomatoes and crisped in the oven. Amazing. We also tried Kelso's Shrimp & Grits, sauteed jumbo shrimp, green onions and bacon in a light cream sauce over Southern-style stone ground grits. A Northerner by birth, I became a honorary Southerner when I tried those grits!

For those with allergies or sensitivities to gluten, Jimmies and Sooks also offers a number of gluten-free main dishes (including the Kelso's Shrimp & Grits). Main dishes range in price from $13 to $32; also on the menu are sandwiches such as the Sook Chicken, a grilled chicken topped with crab imperial and served on a toasted roll. 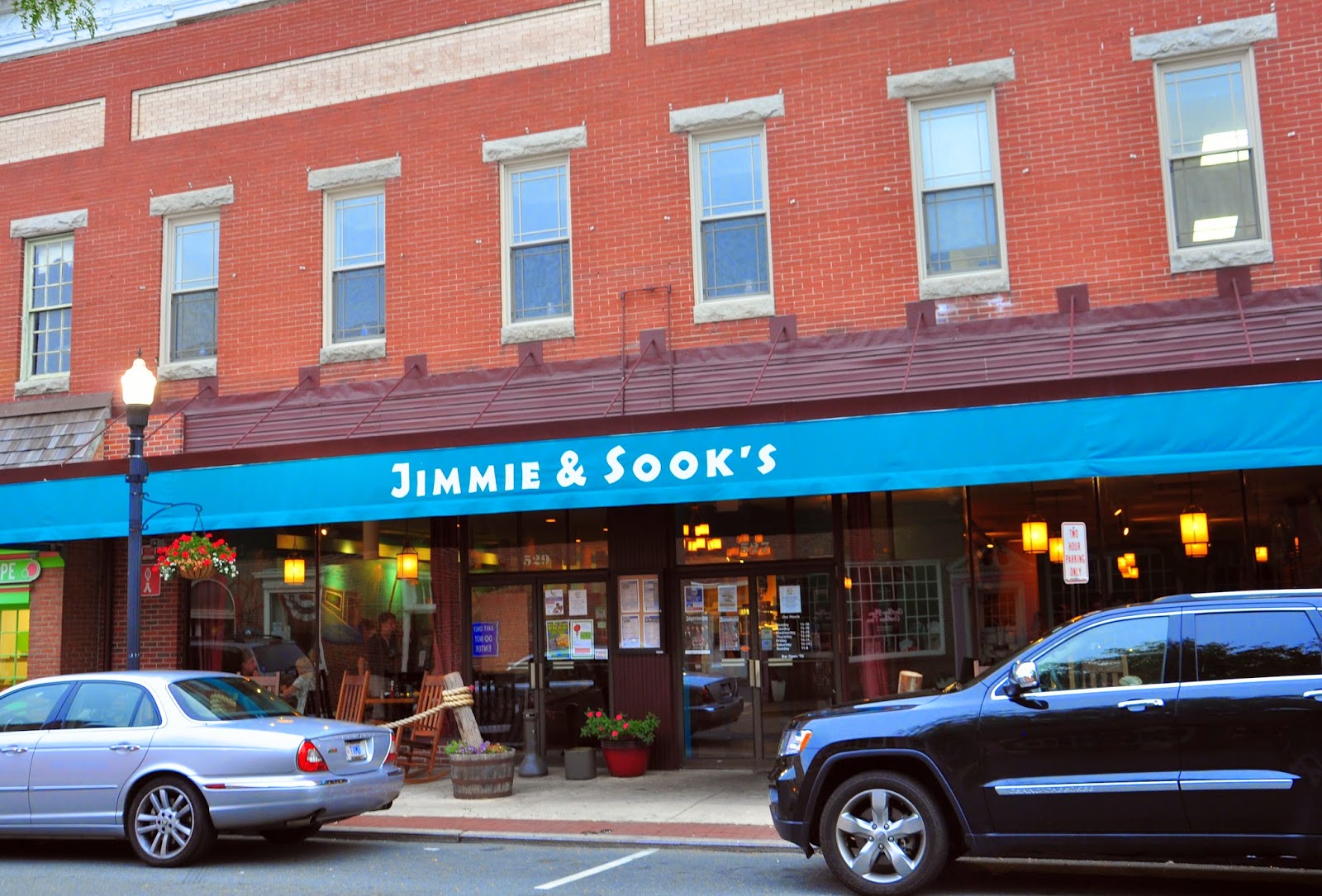 Getting there:
Hours:
Dogs: I was surprised to learn that the Hyatt Regency Chesapeake Bay is dog-friendly, although it makes sense since they have a marina. Although we didn't see any dogs while we were there -- it's nice to know! 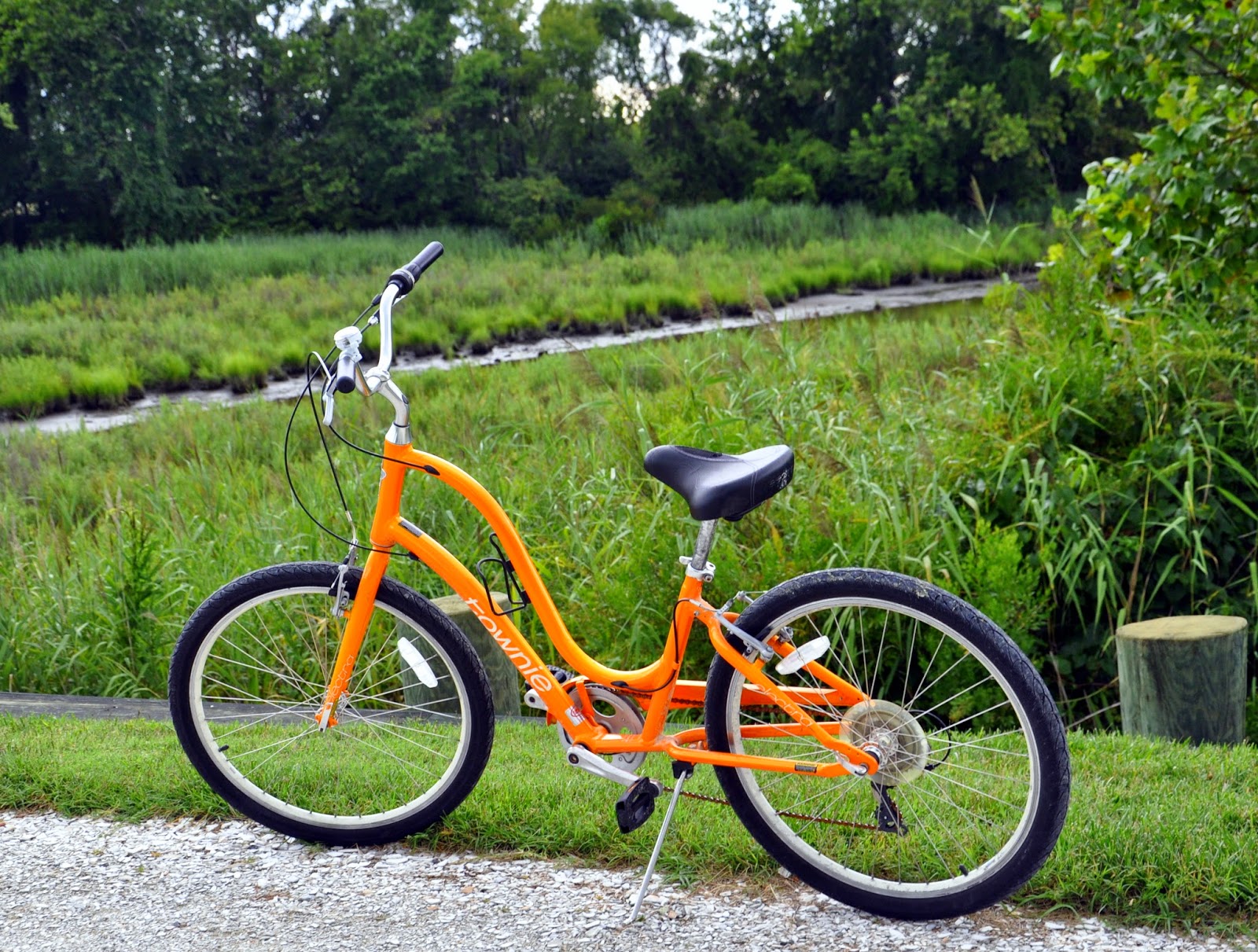