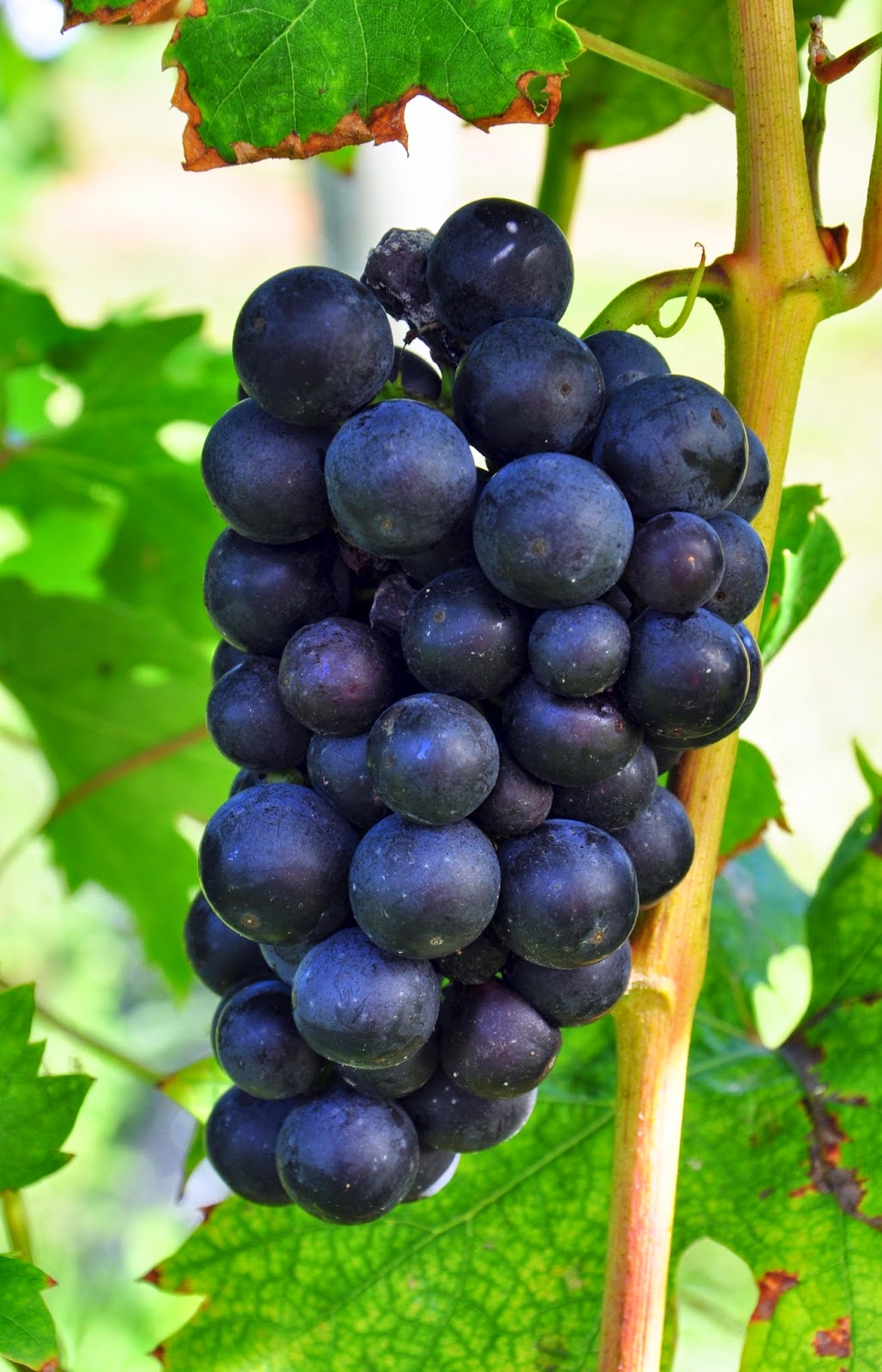 Wine seems to make everything a little better (chocolate does too, but that's another blog). Wine even seems to make exercise better -- two of the most popular posts for this blog are the ones about yoga at wineries (Elk Run and Black Ankle). So when my sister suggested I join her for a series of three 5k events at two local wineries and a local hard cider brewery this autumn, I immediately signed up. Two other friends also signed up for the first race, at Elk Run Winery; I'm still hoping they'll join us for the other two races!

It sounded like fun, even though I'd be a walker -- a chronic foot injury prevents me from running, and my basic feeling about running is that I'll run when there're zombies behind me (nope, don't see any). And as my sister says, there's no shame in coming in last -- I'm still ahead of all the couch potatoes. (I need not have worried. My friend Lisa kept me company walking, but there was another group of three who also walked the course.)

The Great Grape Race is a series of three 5k (give or take) trail runs/walks in the local, Frederick-area vineyards, followed by a tasting of the vineyard's libations, live music, and a picnic or a bit of local fare (available for purchase). Proceeds from the events benefit the March of Dimes' mission to improve infant health by preventing premature birth, birth defects, and infant mortality. It was a small group of runners -- only 35, give or take 1 or 2 -- which I found surprising. I thought there would have been a lot more! 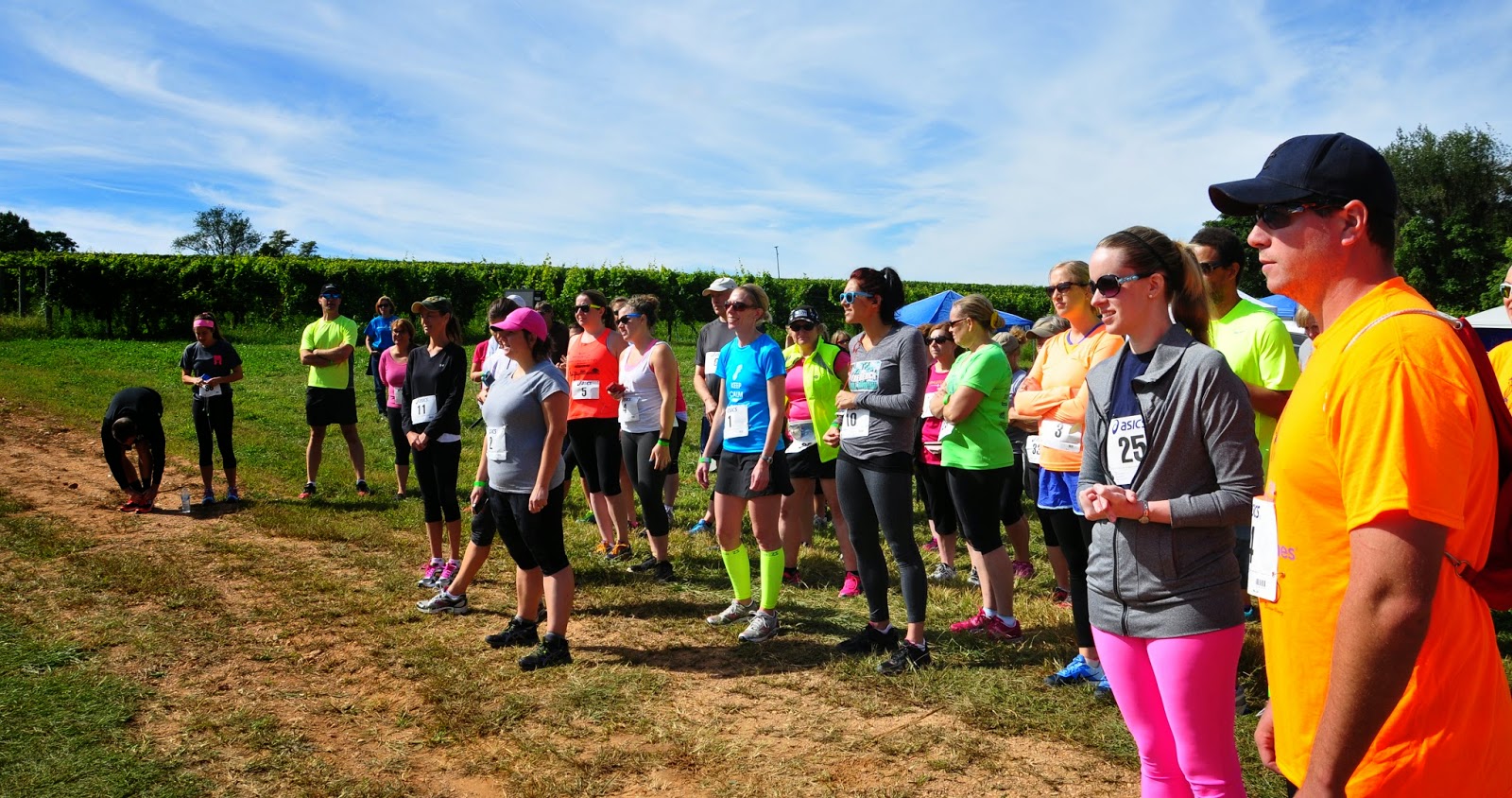 These races are on trails that weave and wend through the vines, and required both runners and walkers to pay attention to the trail -- there were times that minor brush on the trail or tall grass warranted slowing down a bit and stepping carefully, lest an ankle get turned or a foot misplaced.

After the start and a hustle up a hill through the vines, everyone realized this wasn't the race to go for a PR (personal record) time. Instead, my friend and I settled into our stride, and decided to enjoy the scenery -- what a nice way to experience Elk Run's vineyards! And the scenery was very lovely. As the trail crested a hill, it would turn and head down through another row of vines, then bring us up to the top again, and a beautiful view would be exposed.

As much as we enjoyed the jaunt through the vines, we also looked forward to the end, when we'd be able to relax with a little wine, sit down to enjoy the live musicians performing, and enjoy the gorgeous, early fall day. While walking through the vineyard, we chatted with the other group of walkers, and agreed to walk together over the finish line for a five-way "tie" for last. Ironically, it took some will power for Lisa and I to subdue our competitive sides, as if we were competing for first and last places, not fifth and fourth from last. That's funny, in retrospect! When we were a few steps away from the finish line, we turned around and waited for the other group, and joined arms with them. It was a nice way to turn being last into something fun! 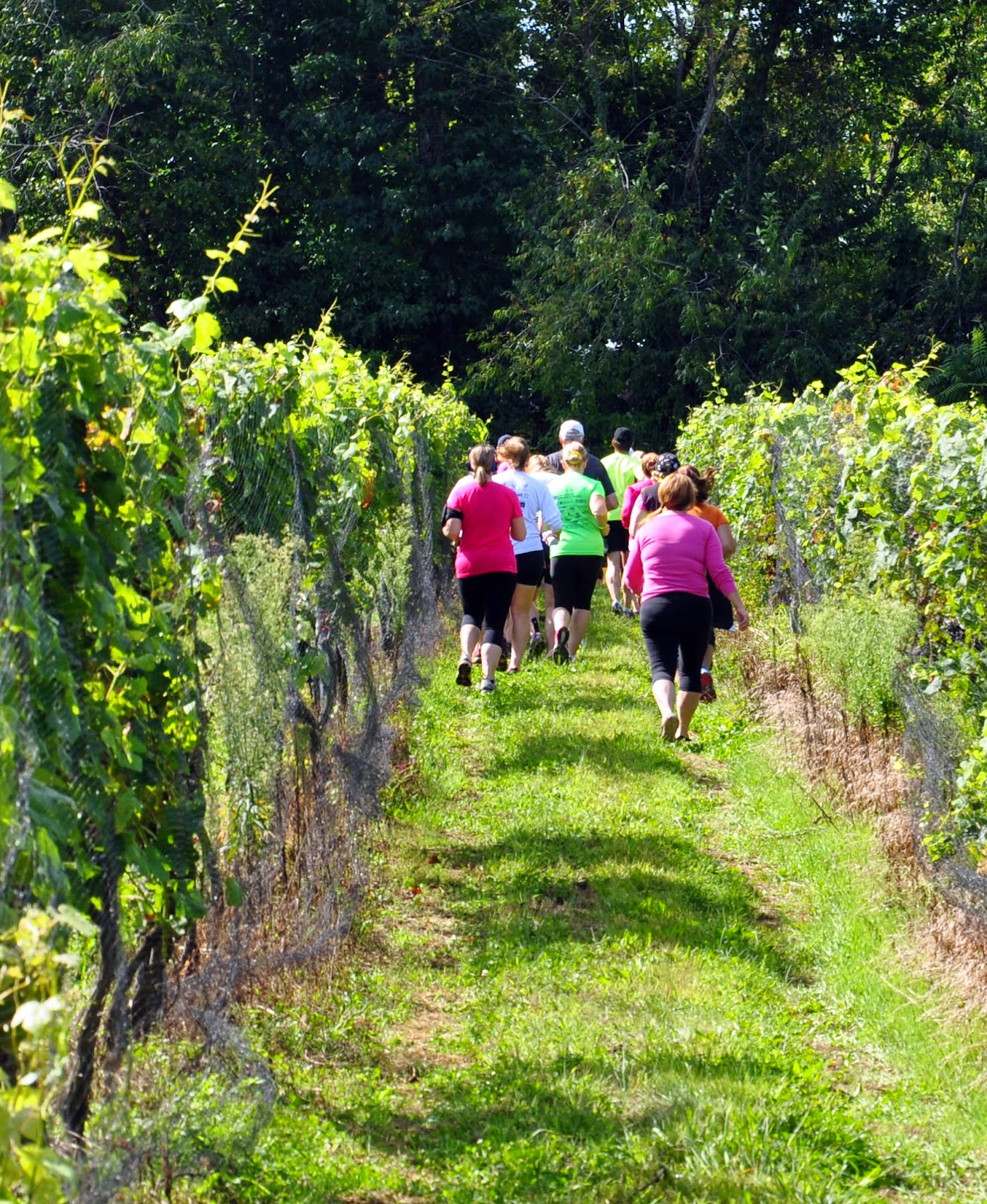 After we finished the course, we enjoyed bananas and oranges (donated by Giant Food) and granola bars (donated by Safeway), as well as water (donated by Wegman’s).

The 5k at Elk Run Winery was a prelude to the winery’s Fall Jazz Festival, which featured live music by various local artists and unlimited wine tastings. In addition, the local Elks’ Lodge sold pit beef, hamburgers, and hot dogs. Local crafters were there as well. We bought lunch and settled down at a picnic table to enjoy the music and sip some wine (available by the glass from Elk Run). Afterward, we headed over to sample Elk Run's wines (please see the post from January 2014 about the blog's visit to Elk Run and more about the winery). Overall, we were well satisfied with ourselves: a lovely walk/run through the Maryland countryside, in support of a worthy cause (March of Dimes). A day well lived!

The next two 5Ks in the series take place at: 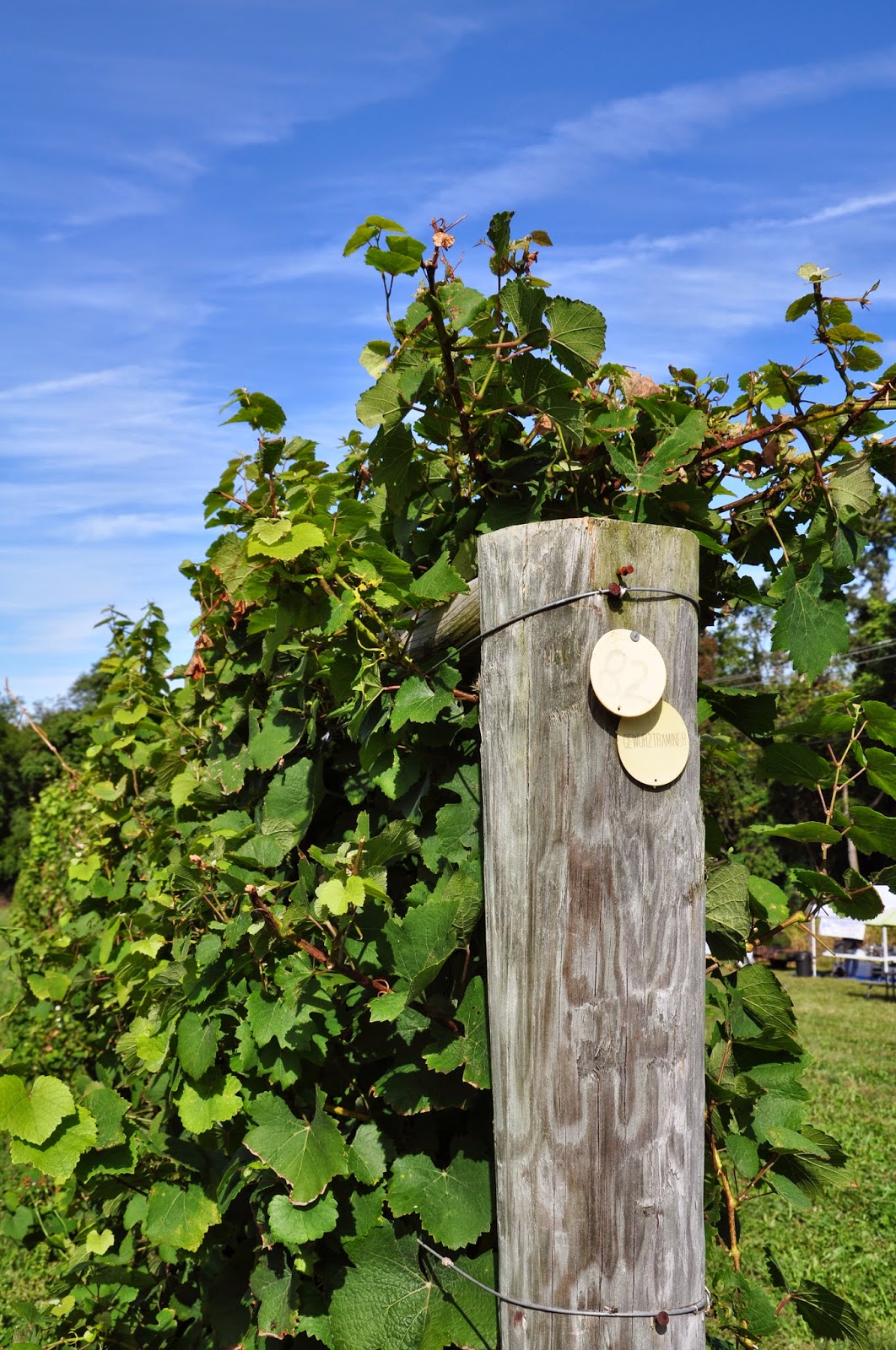 Dogs: After the race, yes! (But check with the individual wineries to ensure dogs are welcome.)