There are some places I like to return to over and over again; Cunningham Falls, in Frederick County's Catoctin Mountains, is one of those places. 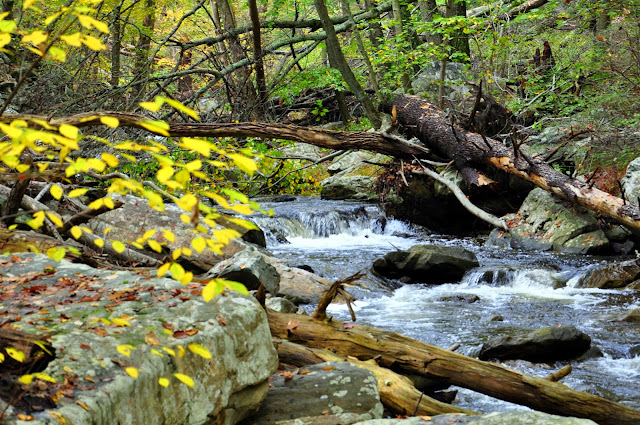 I'd tried to bring the boys there a year ago, during a lovely cool spell in August, but we were turned away because I hadn't realized the summer-no-dog policy in effect at Cunningham Falls State Park and had grabbed the beagles for the anticipated hike and picnic. Neighboring Catoctin Mountain National Park saved the day for us, as dogs ARE allowed in that park, year round. Instead of enjoying the falls that day, we instead hiked up to Wolf Rock. 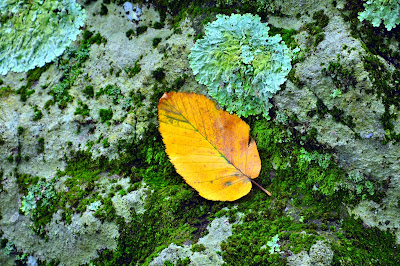 The Catoctin Mountains are part of the Appalachian Mountains, the oldest line of mountains on dry land in the world. It's hard to imagine, as the informational sign declared, that these mountains once towered above the Himalayan Mountains, and looked much like them! 200 million years later, the highest mountain peak within the Catoctins -- Quirak Peak -- is a mere 880 feet above sea level. 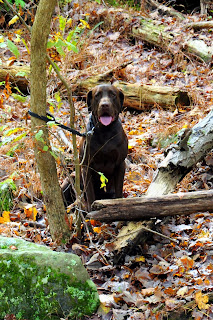 Since it was October and we had a day off (thank you Christopher Columbus), my husband and I were in search of pretty leaves. Although the fall foliage proved to be disappointing -- I believe due to some late summer dryness-- we saw plenty of beautiful scenery that made the hour-long drive well worth the effort.

This day, however, we had a beagle along and were still able to take the half-mile walk over to the falls. It's a pretty walk, although the trail is fairly crowded -- it's very popular and weekends and holidays make it more so. Ours wasn't the only four-legged friend there -- one dog patiently awaited his master's return from doing some rock climbing alongside the falls. 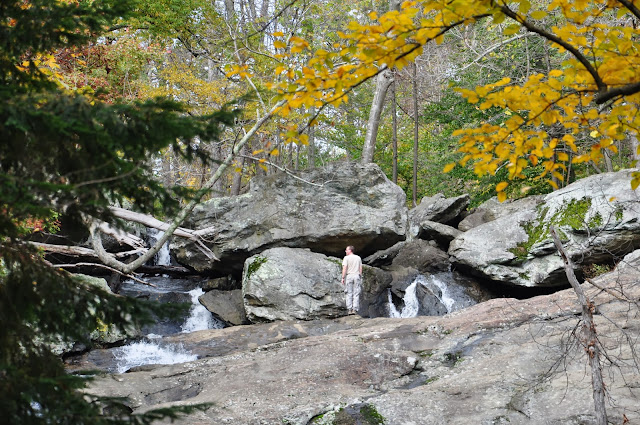 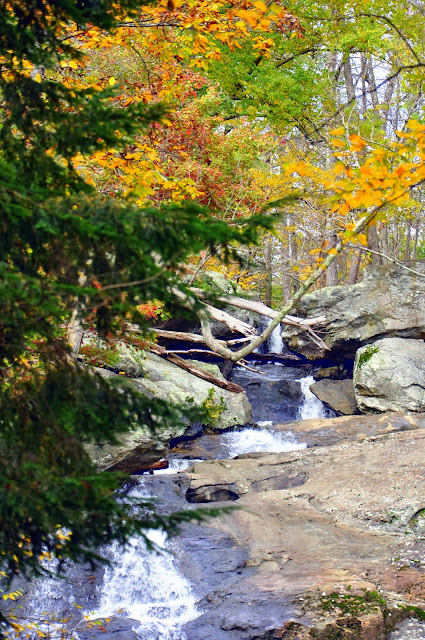 I remember coming here as a child with a school group, and being told a ghost story about the falls being haunted by a son of the McAfee family that had originally settled the area. According to the story, the little boy had drowned on Christmas morning (but of course, the tragedy would have to happen on such a holiday), having come to the falls and then slipped on the ice and fallen into the freezing water. I remember, as a child, squealing at the thought of the ghost haunting the falls (although imagine a school teacher telling such a story to elementary school age kids now -- it simply wouldn't happen!!). Although the McAfee family is a real part of the history of the land, an Internet search for evidence or even a repeat of the story yielded nothing; there is no other record for this silly ghost story, other than my own faulty memory.

You don't have to be an avid hiker to walk up to the falls -- they're easily accessible through the William Houke section of Cunningham Falls State Park. There is even a flat path that is wheelchair accessible, just off of Rt 77. But if you're nimble enough and so inclined, the rocks are easily climbed and I recommend you adventure up the rocks alongside the falls.

If you go during the summer, there are picnic tables and swimming available at Hunting Creek Lake, more popularly known as Cunningham Falls Lake. 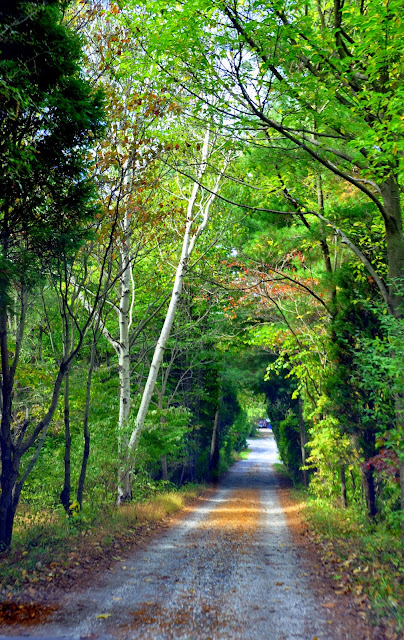 Know before you go: If you have some extra time, drive along Rt 77 -- it's one of Maryland's more scenic drives as it follows Big Hunting Creek. If you come during harvest season, be sure to check out one of the several orchards in the area for in-season vegetables and fruit.

Dogs: Bring them, but check the State Park's web site to determine whether Fido is allowed in the park.

If you enjoy this blog, please share it with your friends!