When my husband and I had visited Richmond last June, my sister reminded me that our ancestor, George Washington Spertzel, the second generation of Spertzels in the United States, had fought at Cold Harbor.

I'm pretty proud of his story and his service to our country, and that's why I'm writing about our visit to Cold Harbor and George Washington Spertzel this week. 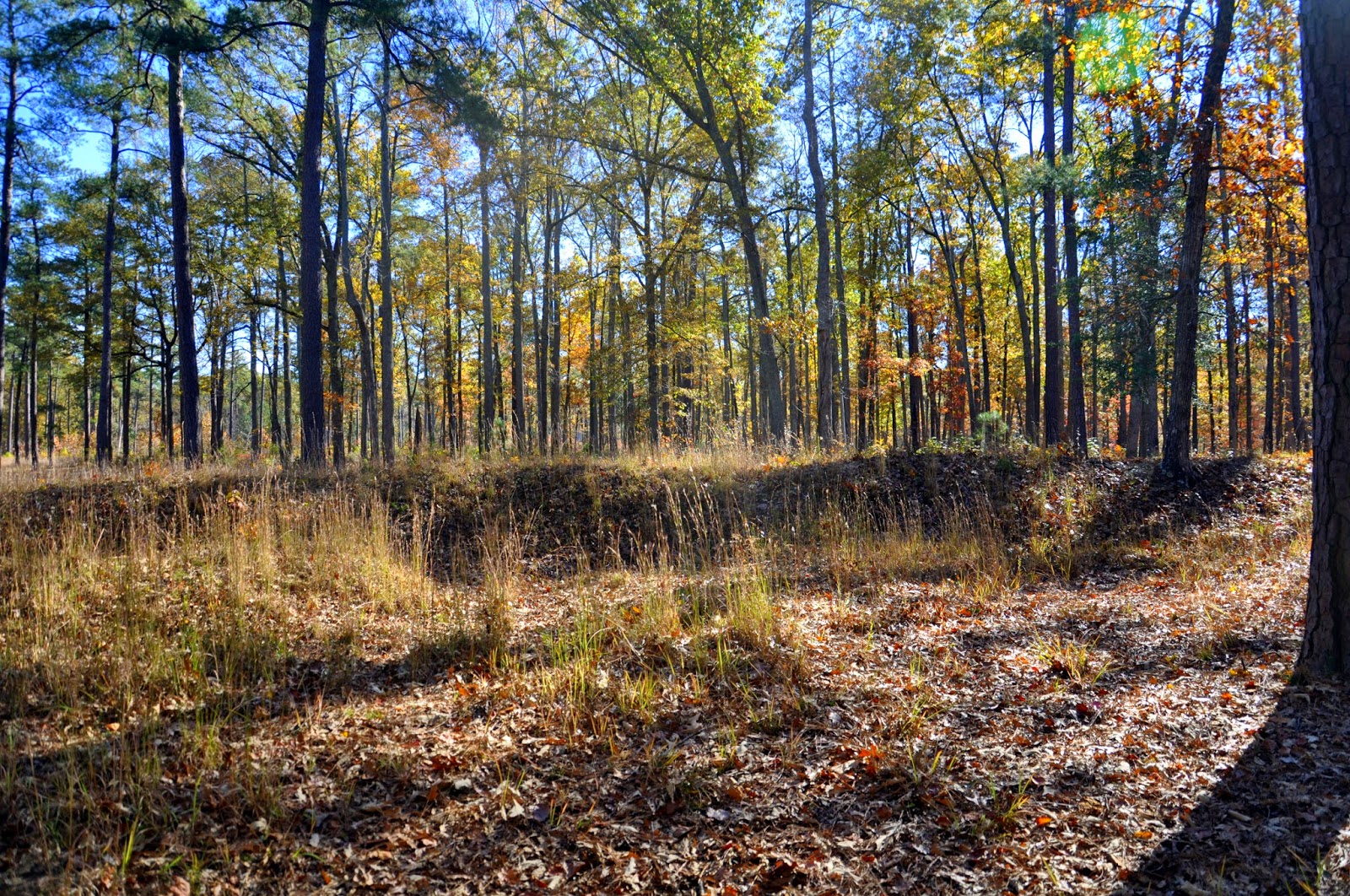 George (sometimes he went by his middle name) had enlisted on 1 November, 1861 in the 101st Pennsylvania, a Civil War Volunteer Infantry Regiment, that joined McClellan's Army of the Potomac for the Peninsula campaign in which McClellan fought his way to the outskirts of Richmond. In May 1862, his regiment fought at Seven Pines, and George was injured on May 31, at Fair Oaks, VA (i.e., Seven Pines). The specifics of his injury are unknown, but they were likely fairly minor, as he remained attached to the 101st,

After the Peninsula Campaign ended, George's regiment was sent to coastal North Carolina and soon became a part of the ill-fated garrison at Plymouth (more on that in a minute). He was discharged almost a year later on 1 April on a "Surgeon's Certificate" for rheumatic knees. His discharge was from New Bern, NC.

He may have had reason to be grateful for his painful knees, because a year later, in April 1864, with help from a rebel iron-clad, Confederate General R. F. Hoke captured the entire Union garrison, including the 101st Pennsylvania. The enlisted men were imprisoned in Andersonville, GA, where the death rate was appalling. Only a small fraction of the prisoners of war that walked into the prison camp ever made it out. To me, it seems he dodged almost certain death, for which, obviously, I am profoundly grateful. I wonder if he knew about the fate of his former regiment?

But by then, George, using his middle name of "Washington," had re-enrolled in Company B of the 21st Pennsylvania Cavalry, and by June 1864 he again found himself near Fair Oaks, the site of his original injury. Except this time, it was a few miles further south and he was in Cold Harbor, VA.

So that's one reason why we were there. Cold Harbor, which my husband and I visited last weekend, is interesting for its earthworks, which was a fairly new innovation in the art of warfare; the earthworks preserved there are some of the best to be found anywhere in the United States, and stretched out for 7 miles. It's an impressive amount of work, digging those ditches! 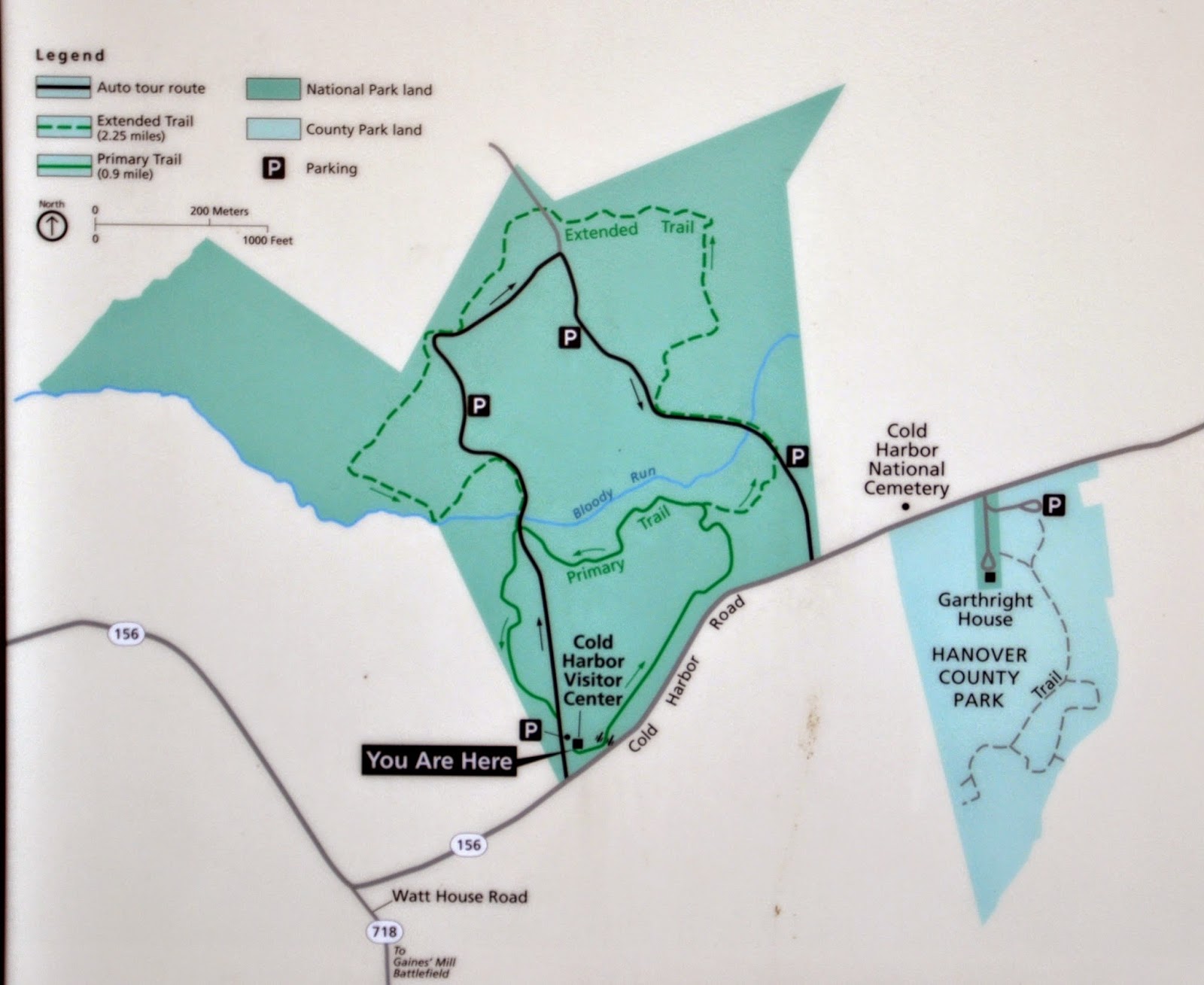 There are several trails and a pleasant mile-long drive through the 180 or so acres that make up the battlefield park. Most of the surrounding land is farmed or has homes scattered on it. It was there that Grant's Army of the Potomac unsuccessfully clashed with Lee's Army of Northern Virginia. Nearly 13,000 Union troopers were injured or killed, compared with just 5,000 Confederates (by then it was a war of numbers, and Grant had more men to spare). Grant's goal was Richmond, but Lee again successfully deflected the threat. Grant never forgave himself for this battle. He considered the losses too great for no gain at all.

George, as with any individual soldier, experienced only a slice of the overall battle. Although his experiences are unrecorded, there is a history of the 21st Pennsylvania Cavalry that provides a pretty detailed account of the regiment's part of the Battle, and it helped me imagine what he went through. According to a history of the 21st Pennsylvania Cavalry, at noon on 2 June, the regiment was sent to the left of the Fifth Corps, where it was ordered to throw up breast-works. These were barely completed, before the enemy opened upon it a flank fire from his artillery. 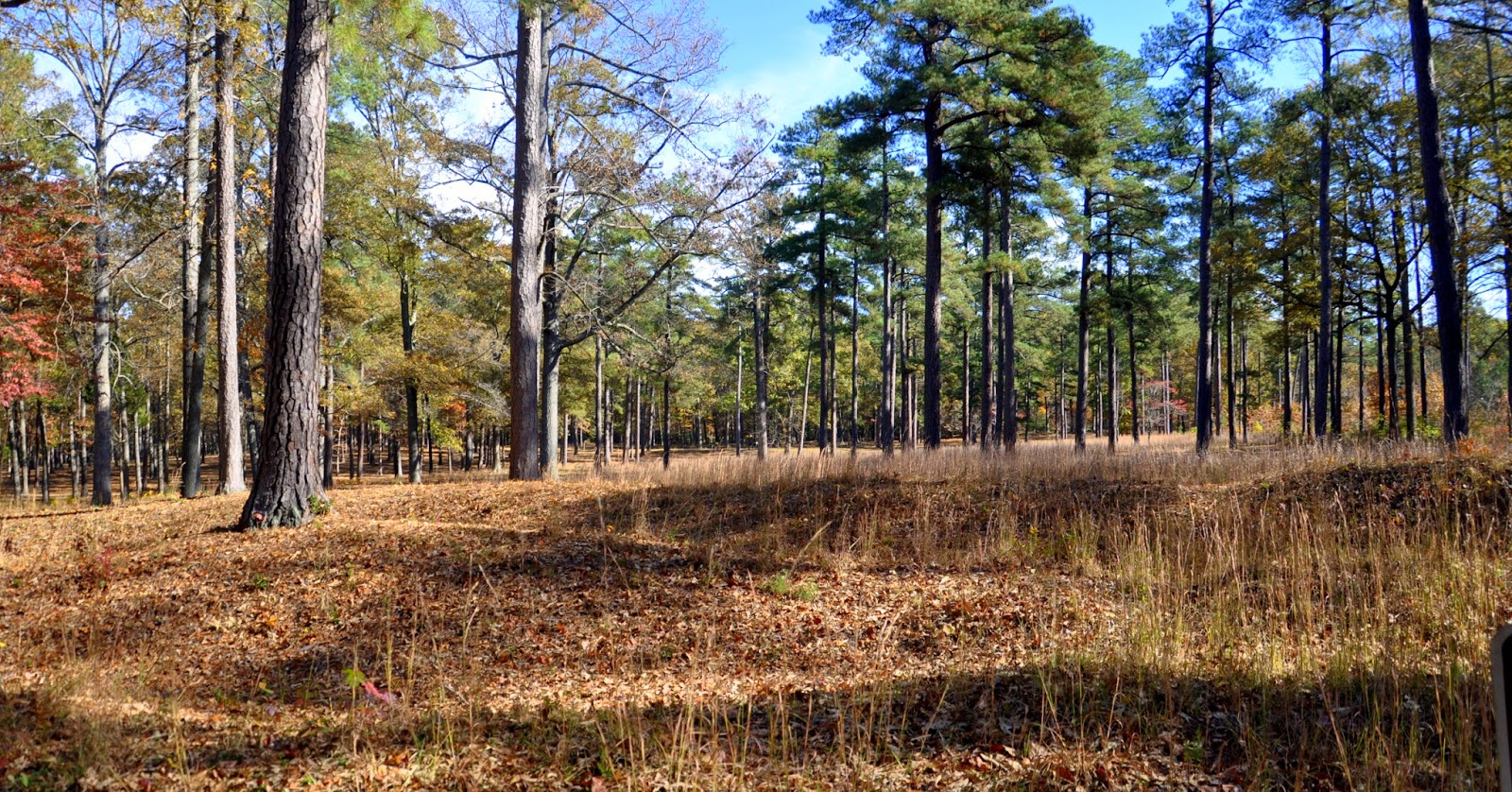 On the following morning, the regiment was ordered a half-mile to the right, to the support of a battery, and at seven, the enemy brought his twenty-four pounders into play, killing two men and three horses belonging to the battery. The regiment was subsequently ordered to the front line,and in reaching it, was obliged to pass over a grain-field which was raked by the enemy's infantry and artillery fire. The charge across this was gallantly made, but with a loss of eight killed and nineteen wounded. A galling fire was kept up during the entire day from behind breast-works, and, notwithstanding this protection, George's regiment suffered considerable additional loss, with another 11 killed and 46 wounded. 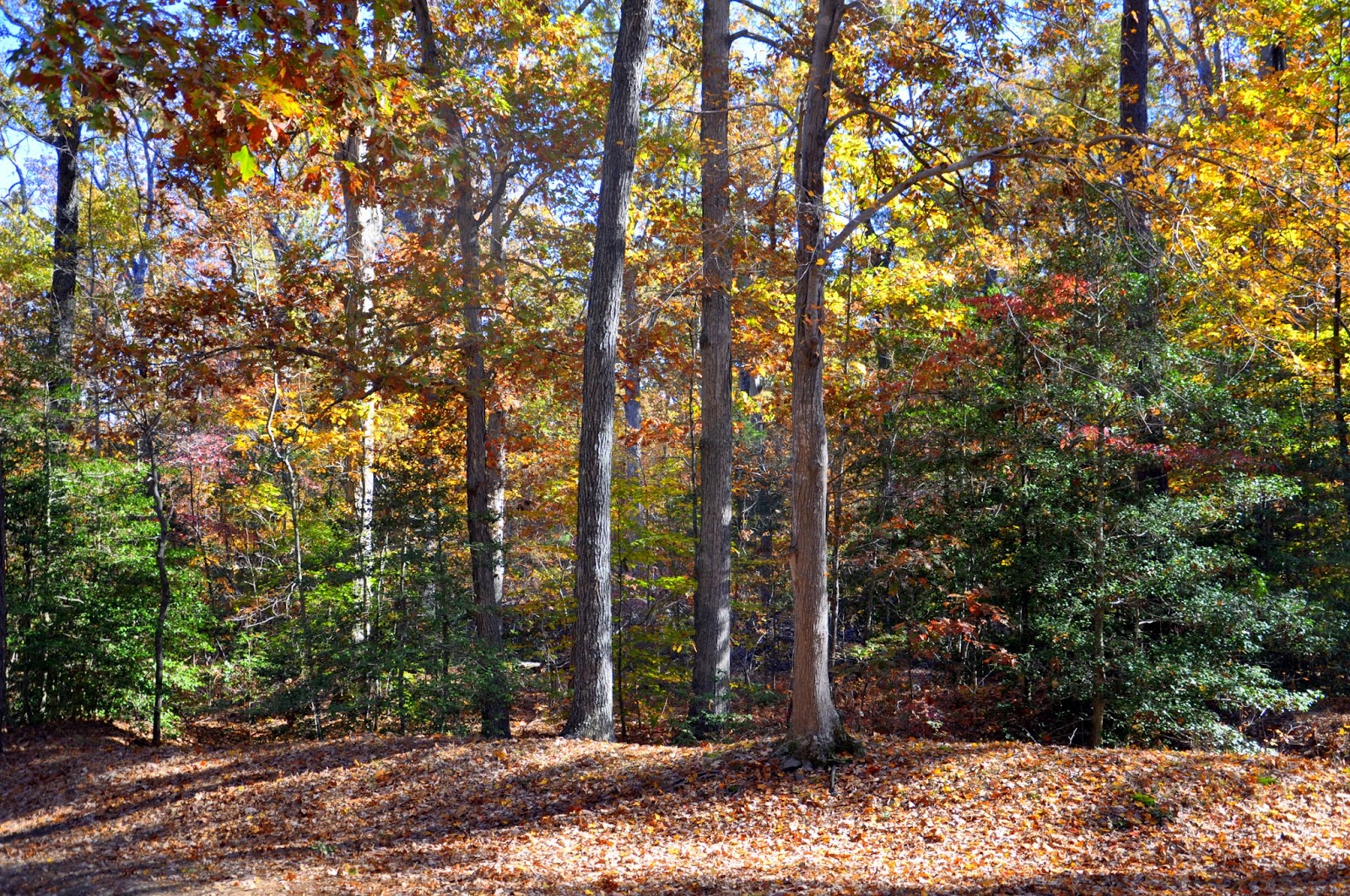 I don't know whether we came close to the breastworks that George fought in during the battle. We certainly checked out several earthworks along the Union lines (from the confines of the designated path). I don't know whether he was there, within the park confines, or further beyond, on privately owned land that Civil War tourists are discouraged from trespassing upon. 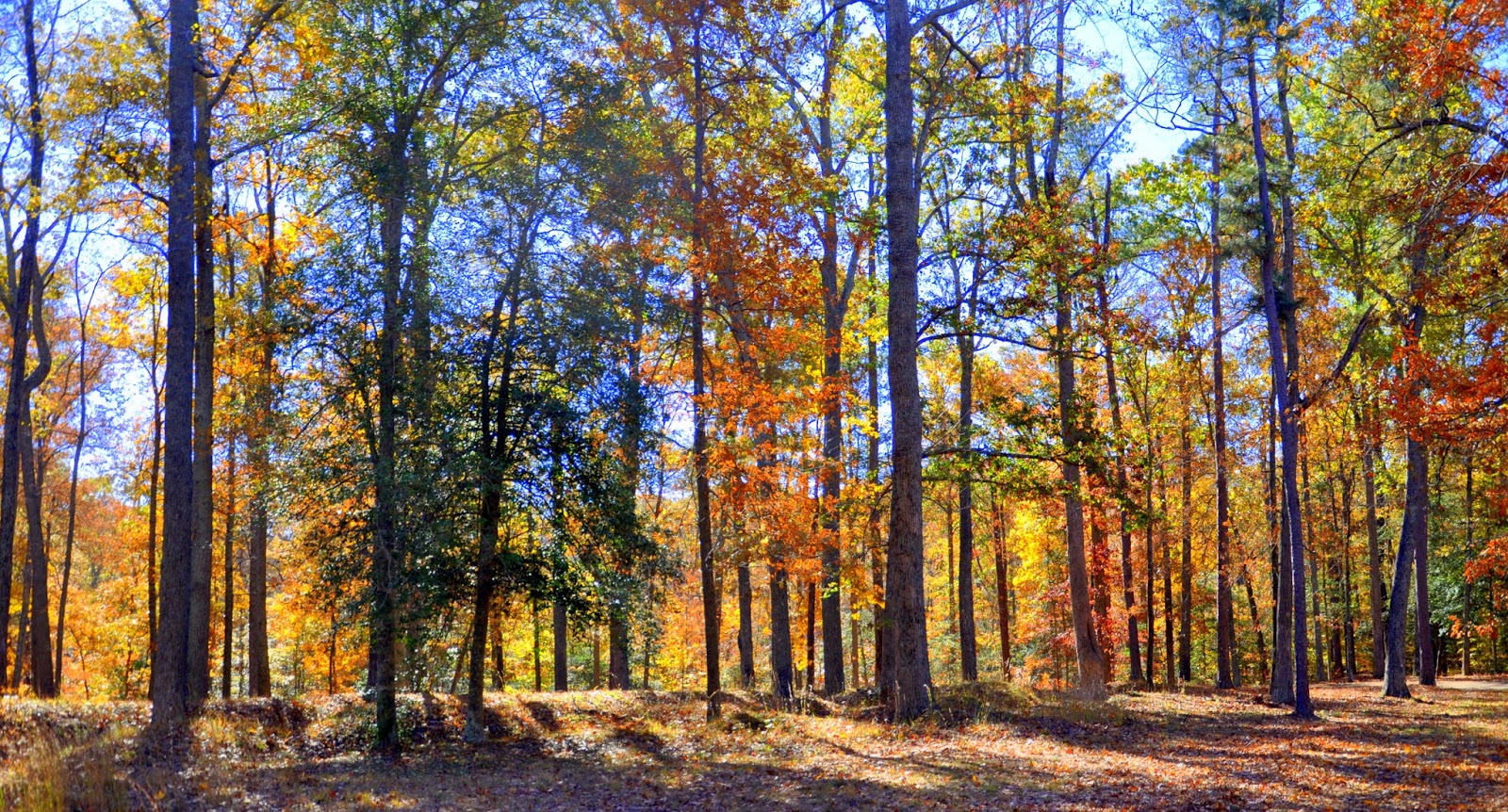 This ancestor of mine could claim to have seen some of this country's most historic events. Although he missed the Battle of Gettysburg, he was living just a few miles away during it, and surely heard the guns fire and the cannon blast. He lived through some of the most notable and deadliest battles of the Civil War. What he thought about all that is lost. He lived until February 1902, and he is buried in Idaville United Methodist Church Cemetery, not far from where my own father was born, near York Springs, in a small farm house.

Dogs: Dogs are allowed but must be leashed at all times.