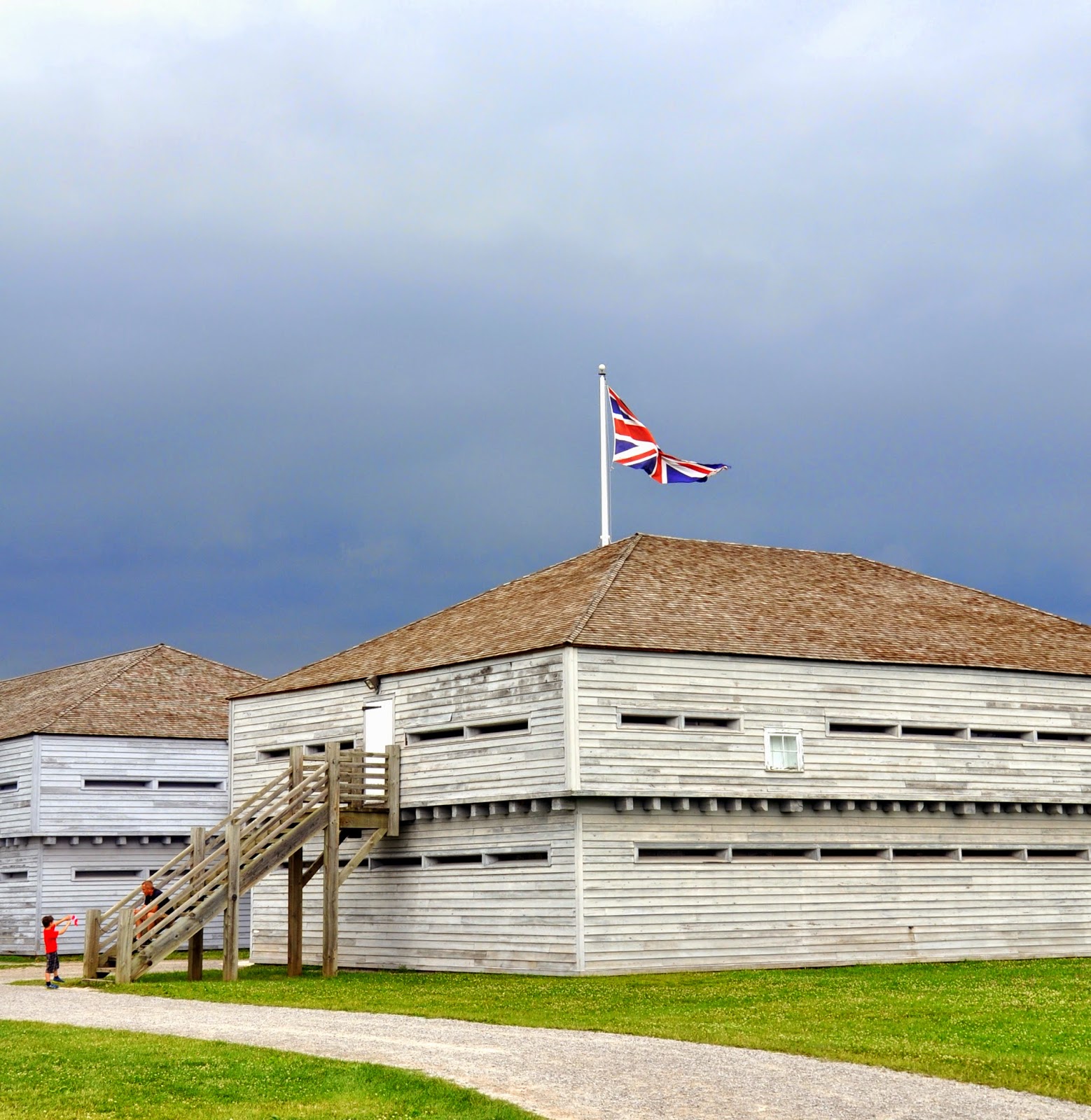 Last summer we spent a week exploring the Canadian side of Niagara Falls and quaint Niagara-on-the-Lake. This is part of the 6-part series of posts about that trip and the fun times we had exploring the land up north!

No other event has defined Niagara-on-the-Lake (NotL) than the War of 1812 (known by our neighbors to the north as the War of American Aggression).

It's not my intent to debate the catalysts of this conflict. Let's just say I agree to disagree with our Canadian cousins, as well as our former colonial overlords, about who started what.

The war ranged on the open seas, on the Great Lakes, and wherever the United States touched what is now Canada. It, of course, came to NotL, and to Fort George, a British fort that was attacked and invaded by the American troops just across the river.

Built in 1796 by our erstwhile colonial overlords to guard against American encroachment on remaining British landholdings, Fort George sat right across the mouth of the Niagara River from the aptly named American fort, Fort Niagara. Fort George saw fierce engagements during the War of 1812, it was bombarded and captured, destroyed, and then refortified by the Americans in May 1813, but then retaken by the British later that year when the Americans withdrew. 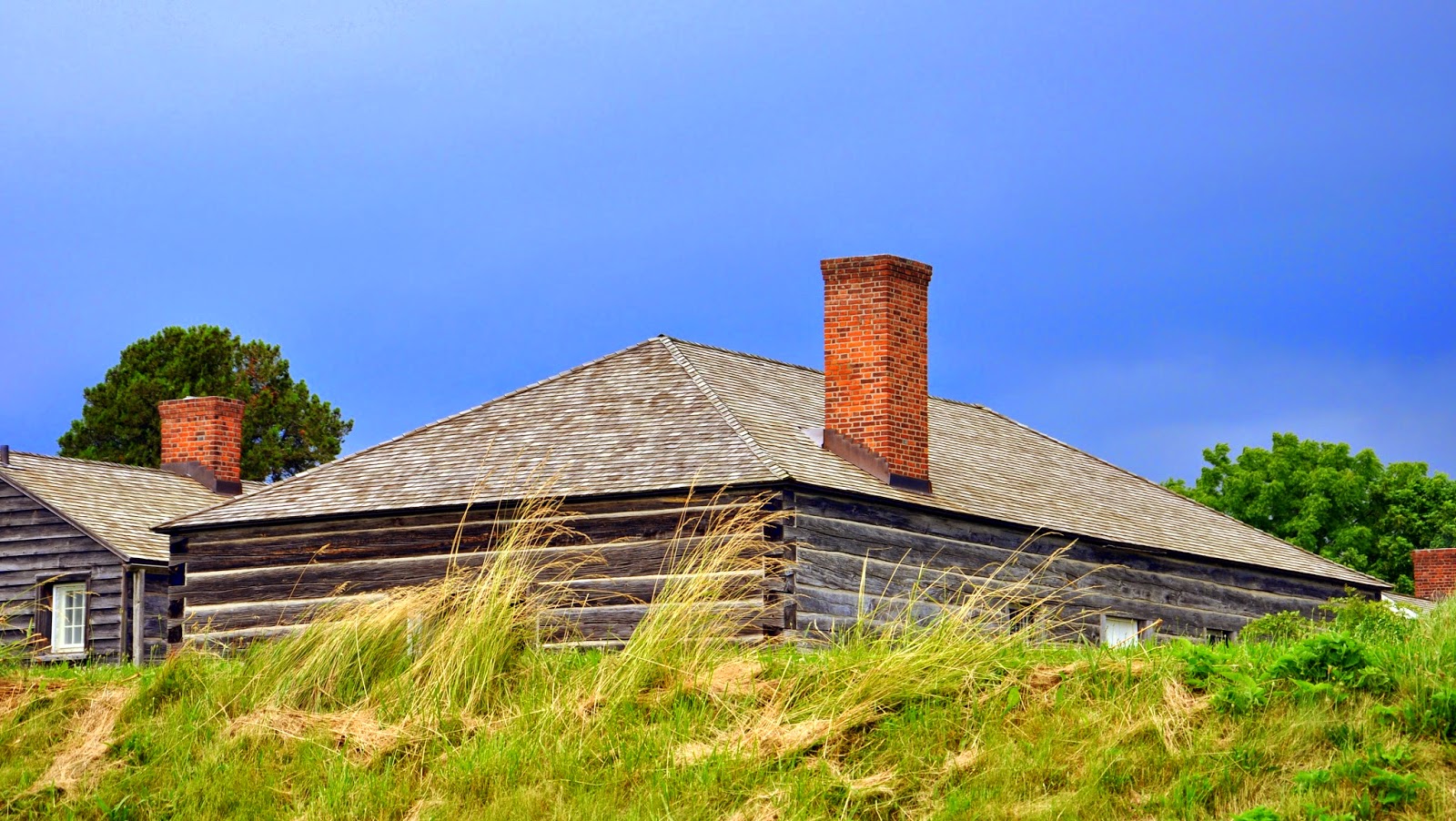 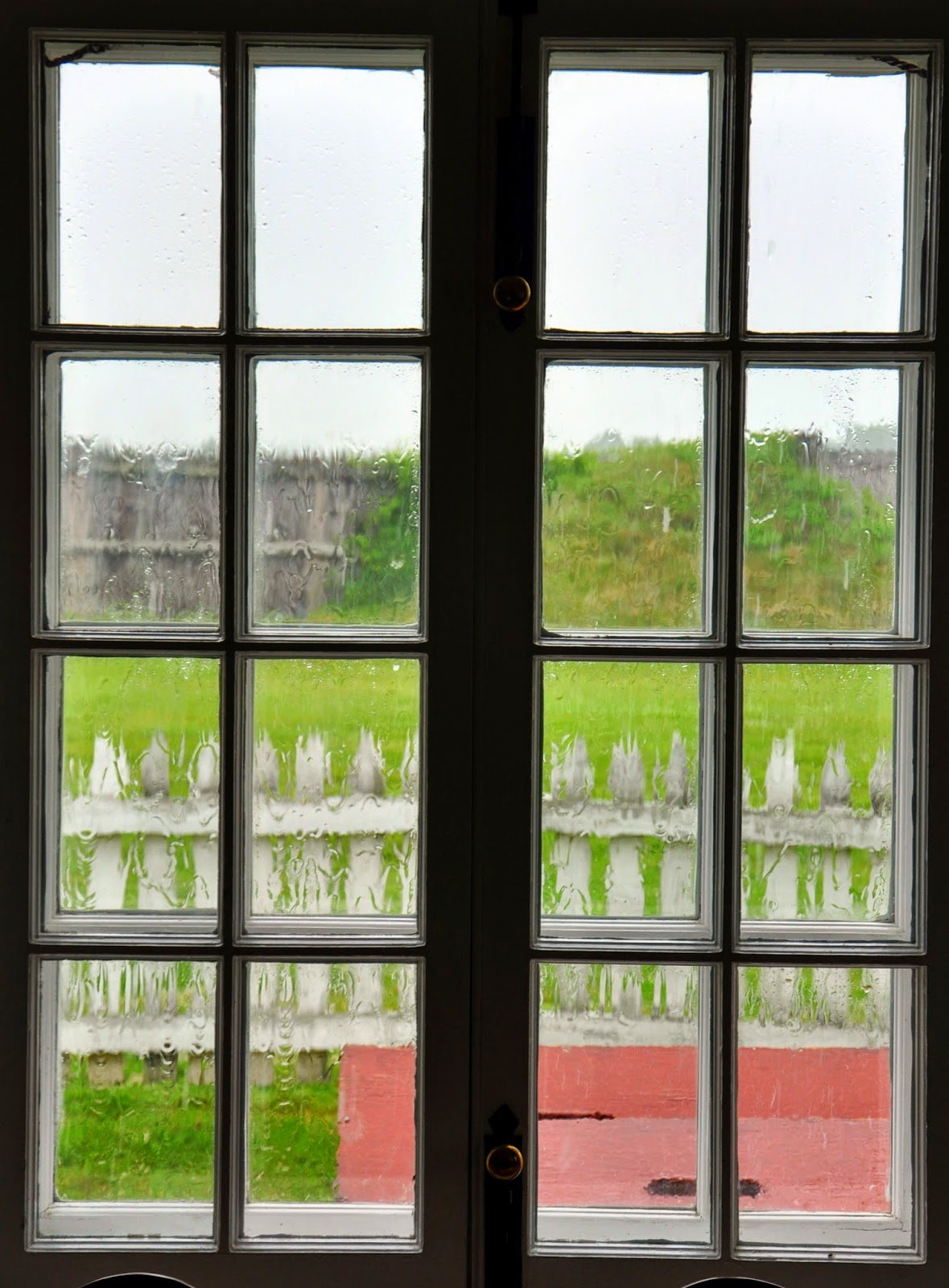 But the Americans didn't just withdraw -- they/we burned the town, although politely:  they knocked
on folks' doors to rouse them from their slumber before they set all the houses afire, a gesture I don't think we're given enough credit for making. Even so -- the Americans withdrew during the winter, and the fire destroyed all shelter on a cold, and reportedly, snowy early morning. The inhabitants suffered terribly, and there were some casualties; the British were less than pleased and there's some bitterness to be detected in today's accounts of the conflagration. According to the information at Fort George, it was this needless destruction of NotL that caused the British to not only destroy towns up and down the Niagara River but also to march on Washington D.C. and burn our Capitol Building and the White House. So there. We were repaid in full, several times over.

Although considered to be a victory on the American side (I guess because the Brits withdrew, to focus on the more important conflict (to them) raging on in France, led by Napoleon) the war was pretty much a draw. We failed to expel the British from North America; the British failed to take back their former colonies. Neither side met their objectives, but at least the Brits left us alone, more or less, thereafter. 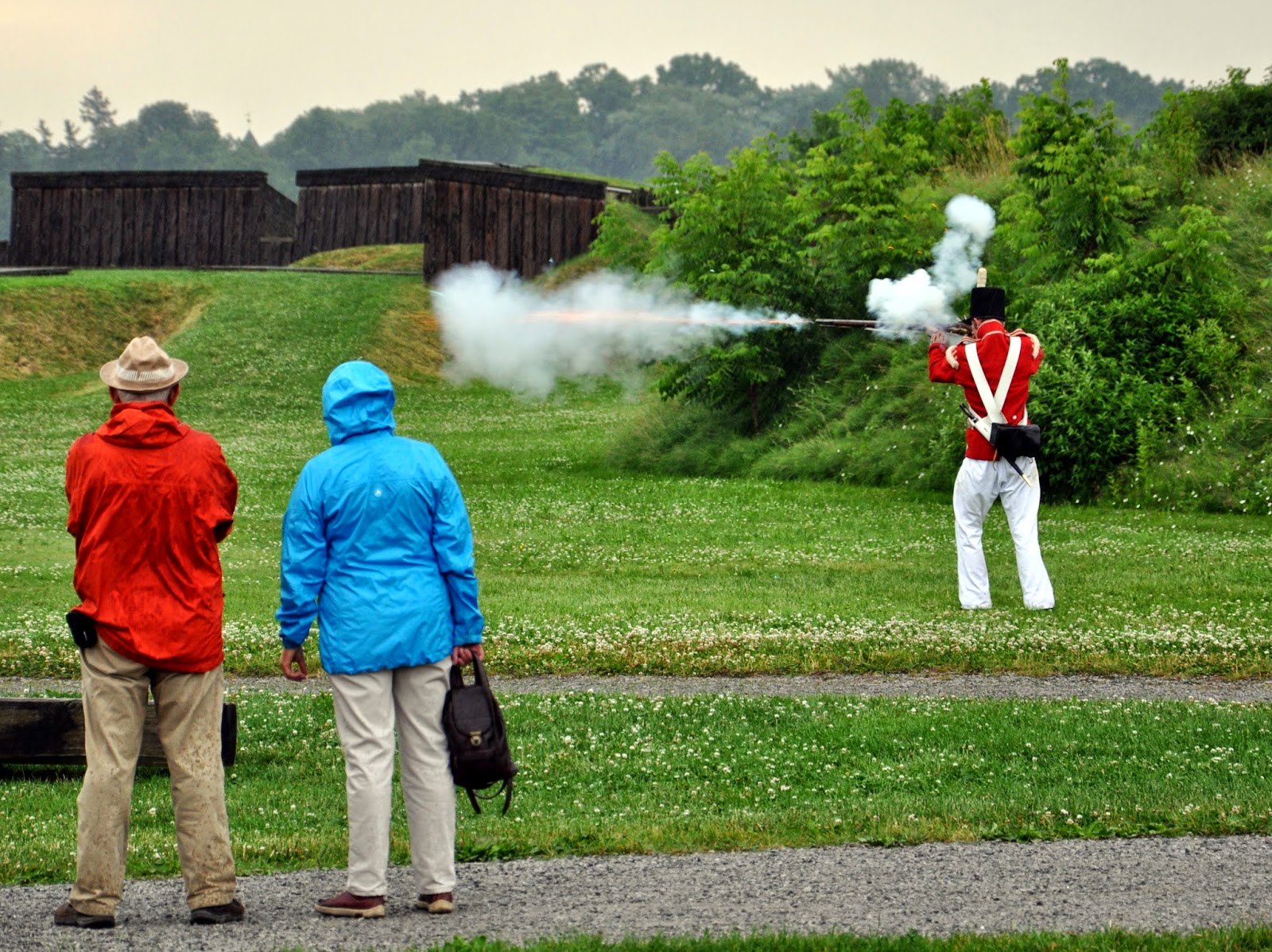 Interestingly, you can go on a ghost tour of Fort George -- a fun, but also slightly scary way to experience the fort. During one story, you're led into a dark building, a bunk house, lit only by the guide's lantern. You're told about ghostly children, and then they turn out the lantern. Even the most skeptical listeners couldn't help but have goosebumps as they exited the building. Given its violent, and lengthy, history, there's plenty of creepy fodder for the ghost stories, and they're well-told. The ghost tour takes you into several of the buildings and through a tunnel (which, ironically, dates to the 1930s, not the 1800s but is still reputed to be haunted). The tunnel is eerie during the day; nighttime only makes it more so.

Have you daytripped somewhere interesting? I'd love to hear what you're doing! Email [email protected] if you're interested in being a guest-blogger!
Posted by Jody Arneson at 4:24 PM