I've blogged about Patapsco River Valley State Park before (check out this post and this one), but this post will focus on the Grist Mill Trail, in the Avalon part of the park. I'm writing again about it because, of all the places I have been to or go to regularly, this is the place I end up most often.

The other morning, as I headed toward Patapsco Park once again, I mused on the history I've learned. In school we mostly learn about national and world (okay, in my day, it wasn't so much world history as it was European/JudeoChristian). There's very little local history. As an adult I moved to Ellicott City, suburbia at its best and worst. Any sense of the place itself is diluted by the abundant Targets and Walmarts, McDonalds and Chick-fil-As, although sometimes local businesses and school names give hints (Ellicott Mills Middle School, for example, recalls the original name of Ellicott City, which was never, ever really a city; only a fit of snobbery made its citizens want to change its name from reflecting the mill town it really was into something more, and supposedly better).

From the early 1700s to the 1860s, the Patapsco River valley was heavily industrialized, served by the port of Elk Ridge Landing -- the site of modern day Elkridge. Port? Elk Ridge Landing used to be an important colonial port, rivaling Annapolis. In 1781, Generals Lafayette and Rochambeau crossed Patapsco with their armies on separate occasions en route to York Town to force the surrender of British General Cornwallis. In so doing, they both lost men and boats in the "treacherous waters."

Early development in the valley centered on tobacco and the production of iron in the vicinity of present day Elkridge. During the colonial era, both of these commodities were exported from Elk Ridge Landing to Britain and the East Indies. By the early to mid-1800s, the port had silted up (due to land erosion as a result of the iron forges in the area) and as a result, a highway and railroad system was developed largely to get products from there to Baltimore's markets and harbor.

Today the once formidable Patapsco is a lazy, quiet little river, only a few feet deep at most along this stretch. The morning I was there, I encountered a woman with binoculars scanning the trees near the bridge to nowhere (pictured above). She could hear, although not see, the Northern Perula, a cute little warbler. In the park you're likely to see Canada geese, herons, hawks, and a variety of song birds. There is evidence of beaver as well.

This portion of the Patapsco River Valley State Park is highly populated. Bikeriders like me, dog walkers, joggers, families with children, and fishermen (fisher people?) were plentiful along the Gristmill Trail, which is about 2 1/2 miles long from end to end. The Grist Mill Trail is sandwiched between the river and an active railroad. If you spend any time at all there, you're likely to hear the thunder and screech of a train coming along the railroad.

There are picnic shelters, lots of picnic areas, playgrounds, and rest rooms in the Avalon/Orange Grove part of the park.

Throughout the park are the ruins of old brick and stone homes and other structures. The flood associated with Hurricane Agnes (remember that one? a major event of my childhood!) swept away almost all of the remaining evidence of earlier mill sites from the valley. Two well maintained swinging bridges also characterize this section of the park.

In addition, there is the Thomas Viaduct and the Old Gun Road Stone Arch Bridge. Although not in use, it dates back to colonial times and spans the “mill race”which supplied water power to the Dorsey Forge. George Washington reportedly laid out Gun Road to move guns for the American Revolution produced at the Dorsey Forge. Transported via Gun Road to Elk Ridge Landing, the guns were shipped down river to the Bay and then to Annapolis for final assembly. In 1815, the Ellicott family acquired Dorsey Forge and expanded it to become the Avalon Iron and Nail Works, for which this portion of the park is named. Floods in 1868 destroyed the Iron and Nail Works along with the village of Avalon. The industries in this river valley: the iron forges and textile mills, helped win American Independence from Britain and ignited Maryland's industrialization. 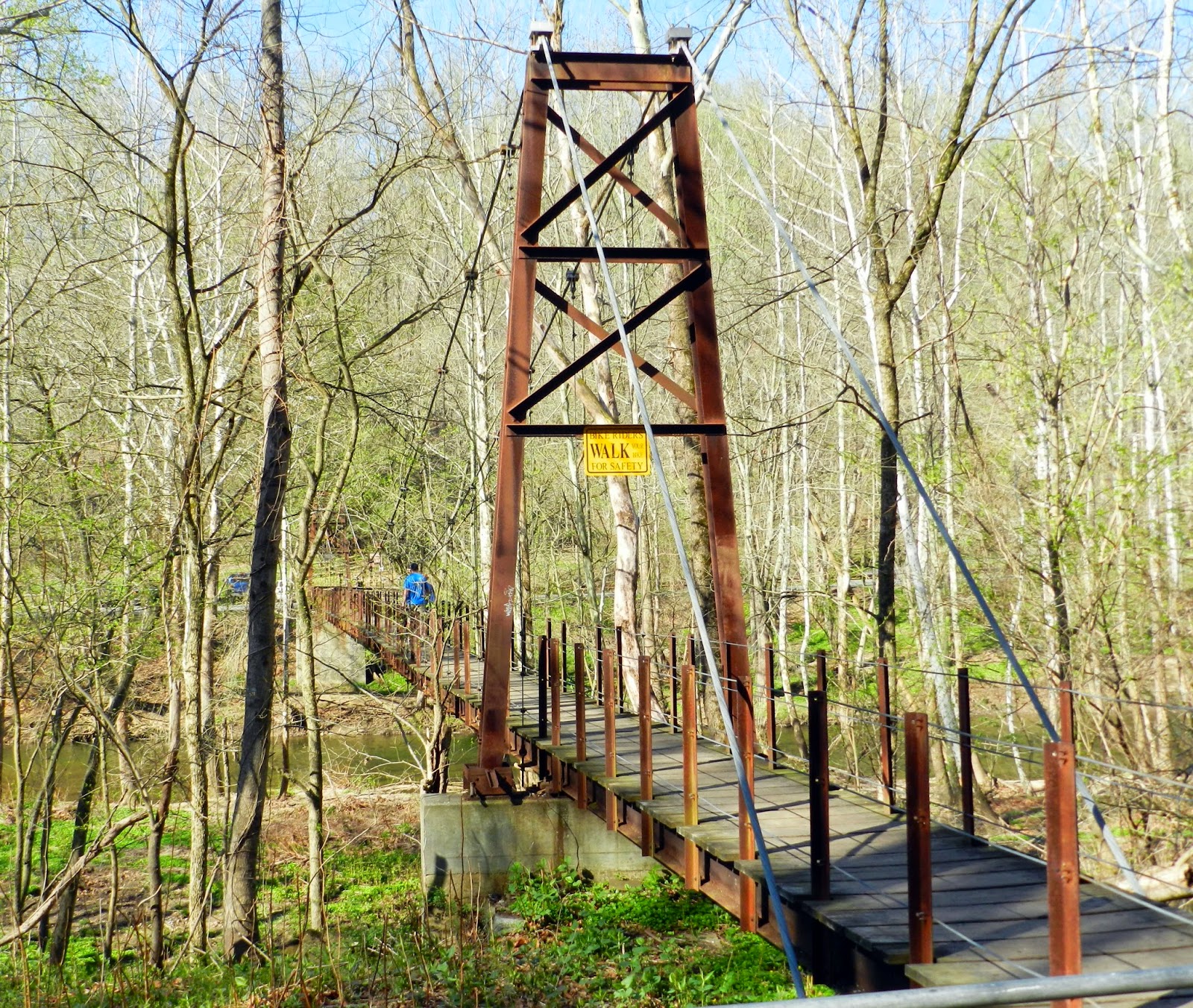 Along the Gristmill Trail, look for the remaining foundation wall of a flour mill established in 1856 on the Baltimore County side of the river, all that remains of a once vibrant community known as Orange Grove. One of the largest mills in the mid-Atlantic region, it operated until a fire devastated it in May 1905. Twelve mill homes on the Howard County side of the river connected to the mill via a swinging bridge. Orange Grove flour, which was marketed as "Patapsco Superlative Patent Flour," was widely popular in both Europe and the United States. Now there's a rebuilt swinging bridge and the Orange Grove picnic area to remind us that a community once existed here.

In 1868, a devastating flood hit the Patapsco Valley and eliminated almost all of its industries, including, temporarily, the Orange Grove flour mill. If you think about it, this flood started the Patapsco River Valley to begin its unwilling conversion from industrial mills and factories to the forested state park we have today. The possibility of additional floods, the invention of the steam engine, and the generally poor national economic situation at the time prevented many mills and their associated communities from rebuilding along the Patapsco.

You can't miss the old Bloede Dam (pronounced “Blerda”). Patapsco Electric and Manufacturing of Ellicott City brought fame to the Patapsco River corridor in 1906 when it constructed the world’s first underwater hydroelectric plant. Named Bloede's Dam after the company’s president, Victor Gustav Bloede, it was state of the art at the time, but only operated a couple decades and stopped providing power in 1924. Part of the reason why it became unfeasible to continue operations was the large amount of silt and debris ending up in the river from the denuded hillsides. Since then it's served no function, and in fact, impedes the migration of some fish, and is therefore being considered for demolition. 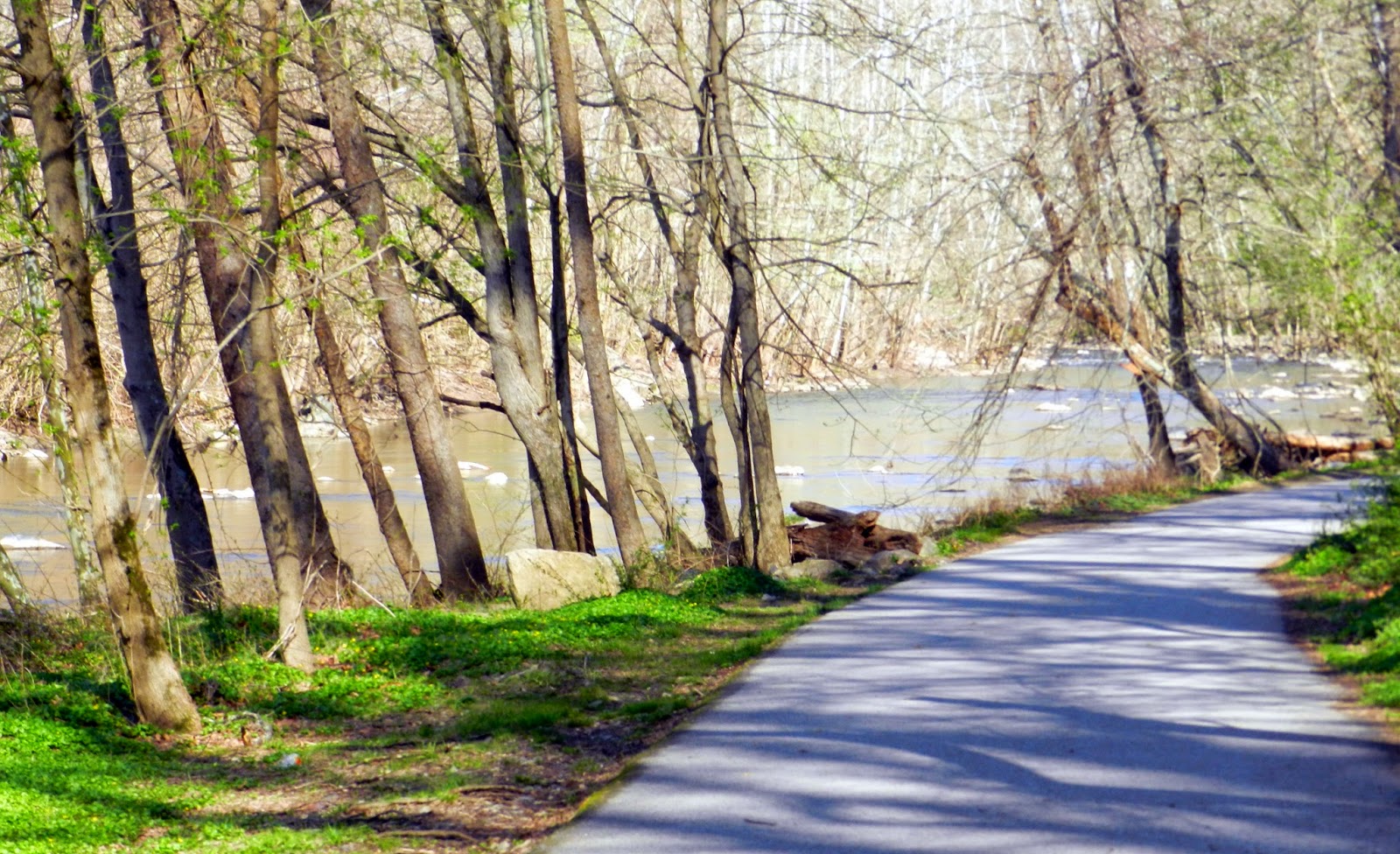 There are a variety of trails, many of which intersect the paved Grist Mill Trail, and including some accessed from Hilltop Road that connects Ellicott City and Catonsville, that are enjoyable hikes into the hollows formed by the creeks flowing into the Patapsco. Some of the hikes offer some pleasant views. Walking along some of the trails that follow creeks feeding into the river, especially in the fall, are enjoyable hikes. Keep alert, although about the wildest thing you'll see are mountain bikers! 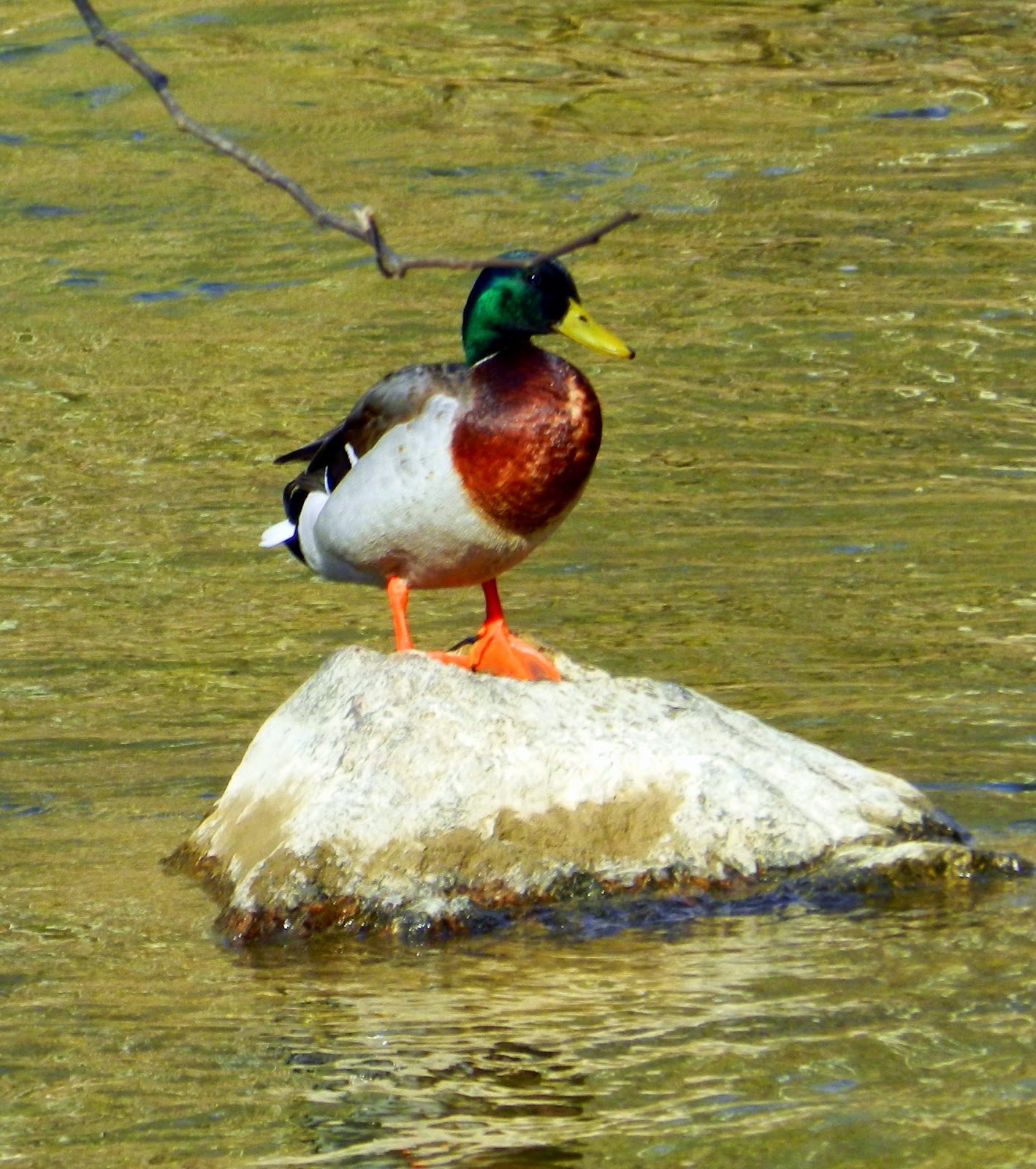 Getting there: Enter the Avalon Area of Patapsco Valley State Park off U.S. Rt. 1 at South St., just north of Elkridge. Proceed on the park entrance road to the contact station. Park in the driveway in front of the contact station. There is also access to the Grist Mill Trail from Ilchester Road; do NOT park below the railroad bridge as you may receive a parking ticket.

Dogs: A perfect place for them! Keep them leashed.