Ellicott City: Quant and Small, There's Something for Everyone 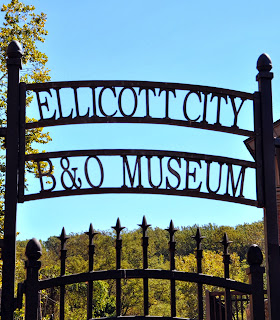 For a town* that stretches barely a mile long, there's an impressive array of things to do. Booze it up in the bars, sit down for fine dining (preferably before you booze it up), spend an afternoon shopping the variety of boutiques that line Main Street, explore local rail history at the B&O Museum, take a walk on the old trollycar trail to Catonsville, or go ghost hunting.

In 1772, three Quaker brothers from Pennsylvania, chose the picturesque wilderness, upriver from Elk Ridge Landing (known today as Elkridge, Maryland), to establish a flour mill. John, Andrew, and Joseph Ellicott founded Ellicott's Mills, which became one of the largest milling and manufacturing towns in the East. The Ellicott brothers helped revolutionize farming in the area by persuading farmers to plant wheat instead of tobacco and also by introducing fertilizer to revitalize depleted soil. 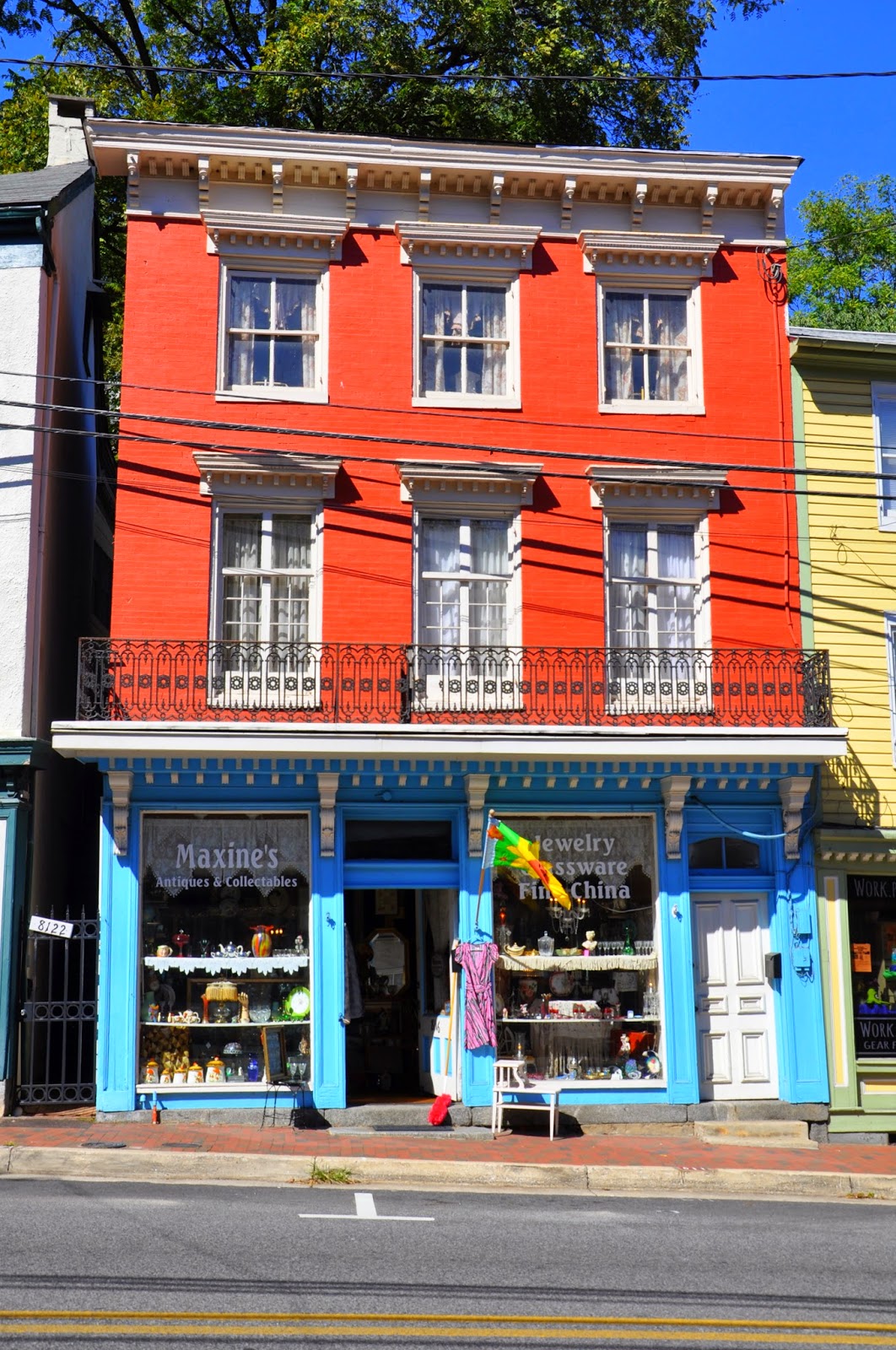 In 1830, Ellicott's Mills became the first terminus of the Baltimore and Ohio Railroad outside Baltimore.

When the kids were little, we frequently visited B&O Museum. The Ellicott City Station is the oldest surviving railroad station in America and the site of the original terminus of the first 13 miles of commercial track ever constructed in America. In the 1970s the station was restored as a museum and a second restoration in 1999 returned the building to its 1857 appearance. The station, built of huge blocks of locally quarried granite, stands today as a living history museum, and has been designated a National Historic Landmark. The site interprets the story of transportation and travel in early America through seasonal exhibits, education programs and living history programs. According to the Haunted Ellicott City Ghost Tours, several ghosts haunt the old building. 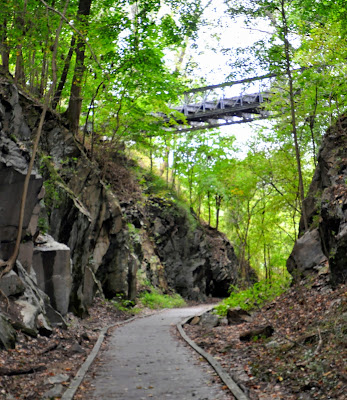 An interesting but little known fact about Ellicott City is that the famous race between Peter Cooper's iron engine, the Tom Thumb, and a horse-drawn carriage took place at Relay on the return trip from Ellicott's Mills in August 1830.

By 1861, Ellicott's Mills was a prosperous farming and manufacturing area. At the start of the Civil War in May 1861, Union troops seized a Winans Steam Gun en route to Harpers Ferry at Ellicott Mills. The experimental gun was used to guard the Thomas Viaduct for the remainder of the war. On July 10, 1864, Federal troops under the command of General Lew Wallace retreated down the National Pike (now U.S. 40) from the Battle of Monocacy to the Baltimore and Ohio Railroad Ellicott's Mills station. Homes and churches in Ellicott's Mills were temporarily used as hospitals for the Union wounded, perhaps accounting for why there are so many purported hauntings within the mile-long main street. 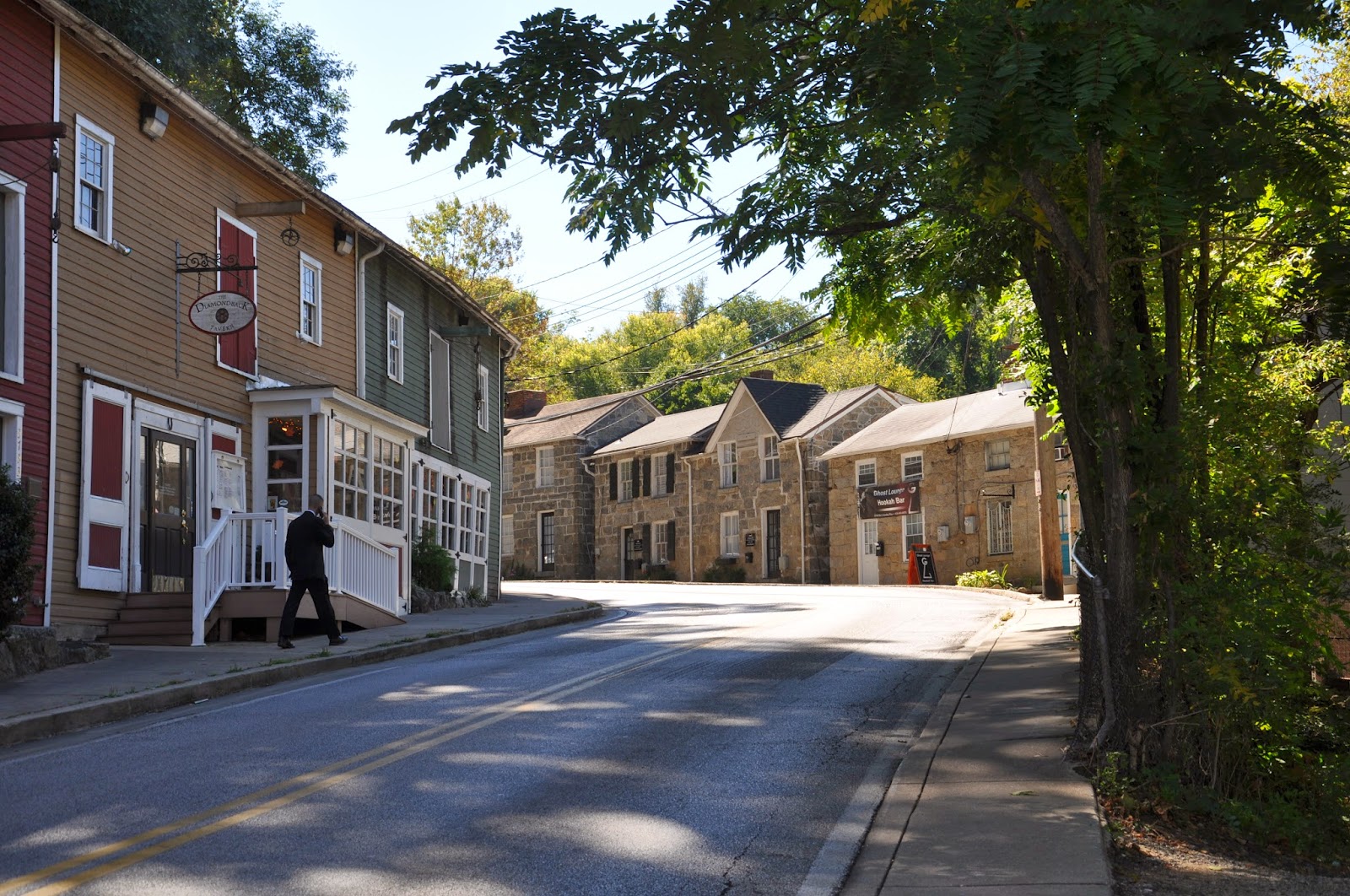 In 1867, a city charter was secured for Ellicott's Mills, changing the name to Ellicott City (supposedly to make it sound grander than "just a mill town"). In 1892, trolley service was proposed for Ellicott City, and it is the resulting former trolley line that now offers a pleasant four-mile (there and back) stroll through the woods. The Old Trollyline Trail lands on the edge of Catonsville -- and there you should turn around and walk back. But just off the trail about mid-way is a most excellent bread bakery! Keep an eye out for these hidden delights!

* The historic main street of Ellicott City, that is.

For more about Ellicott City's ghosts, check out:  http://www.midatlanticdaytrips.blogspot.com/2013/06/ellicott-city-ghost-tour-little-bit-of.html

Getting There: There is street parking available along the entire main street but there's also a parking lot on the upper end of Main Street, near the Howard County Visitor's Center. On the lower end, there's limited parking near the Railroad Museum. Bring quarters or credit cards, because most of the parking is metered. 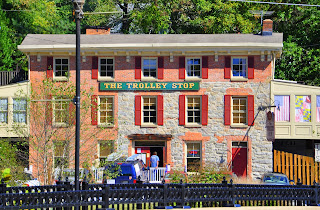 Eats: Lots to choose from. I personally recommend the Phoenix Emporium or Johnny's in Ellicott City, or the Trolly Stop in Oella, just beyond the railroad bridge and where the Old Trollyline Trail begins.

Dogs: Yes for the ghost walk and Old Trollyline hike, or just walking up and down the street; no for boutique shopping, fine dining, or bar-hopping. During warm weather, some restaurants allow well-behaved dogs to dine with their owners in the outdoor tables. Call ahead to confirm. 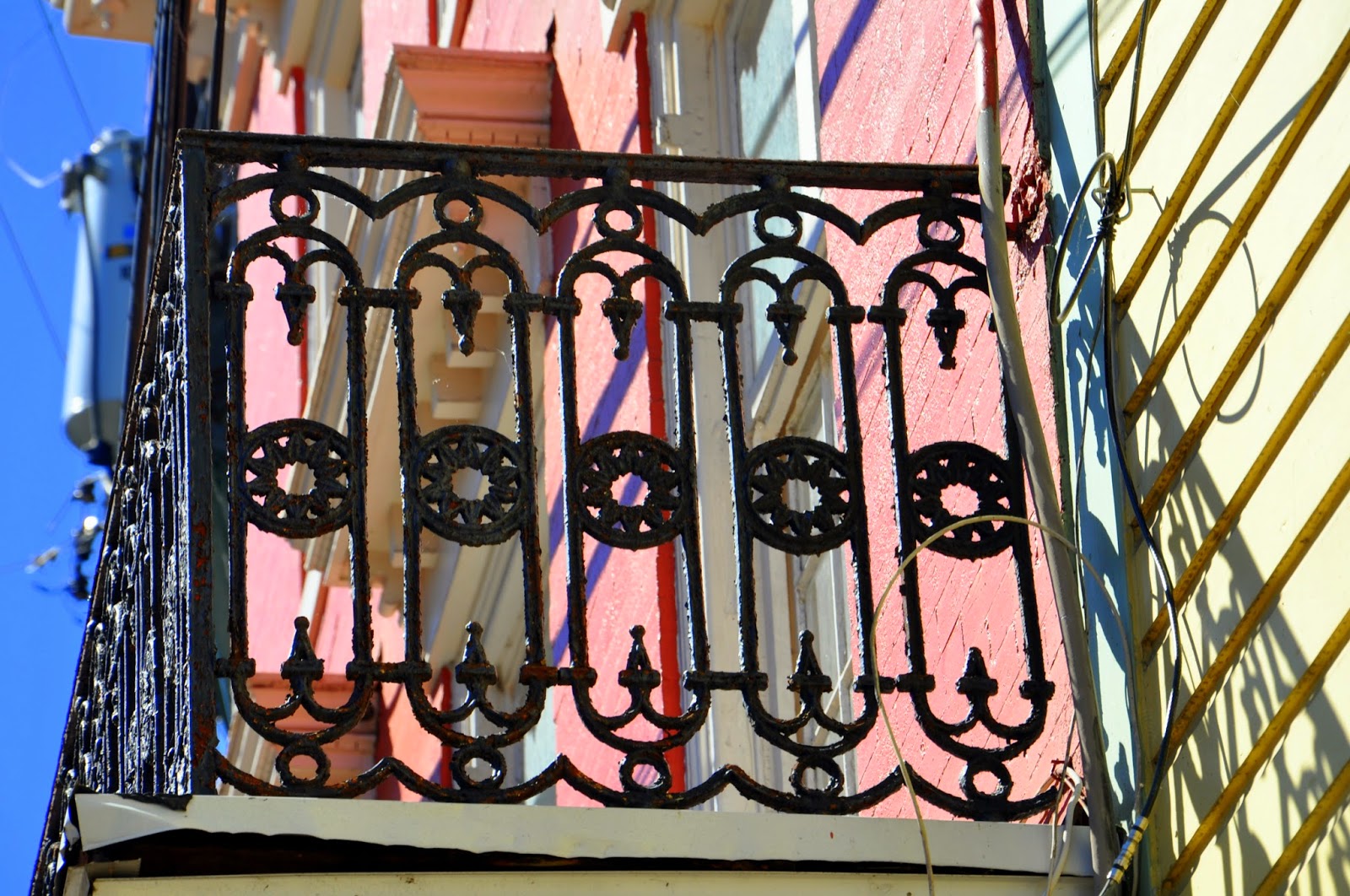 Have you daytripped somewhere interesting? I'd love to hear what you're doing! Email [email protected] if you're interested in being a guest-blogger!
Posted by Jody Arneson at 7:18 PM