Most of my blogs about the C&O Canal recently have been about biking the towpath -- a great way to explore the canal, but sometimes you can see more if you slow down a bit and see it on foot. 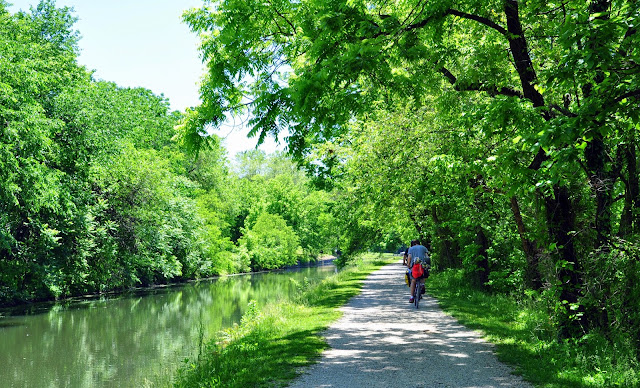 That's what we did last Sunday. I hadn't planned on going on a day trip at all -- cleaning house and gardening was on the agenda. But at 10 a.m. I was mostly done with the gardening and had just bribed my younger son to do the housework for me (at a price, but one I was willing to pay). I looked at my text messages and saw that my sister had asked, "Do you want to go to Williamsport today?" 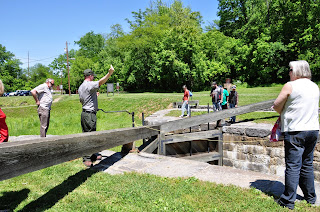 "To see a working lock," she said.

That sounded reasonable to me. An hour later, we were on our way. My sister is learning about the C&O Canal -- properly called the Chesapeake and Ohio Canal -- and live on it because she will be a docent at Lander Lockhouse, near Brunswick, MD.

The section of the canal at Williamsport is watered, making it an interesting stop to spend an afternoon and learn more about the canal.There are several historic buildings and structures, including Lockhouse 44, a working lock, an aqueduct, two historic one-of-a-kind bridges, and the short boat ride itself down the canal.

Williamsport sits at the confluence of the Potomac River and the Conococheague Creek, making it an important spot for transportation since long before Otho Williams landed at the spot and founded the town he named after himself in 1787. Williamsport became important enough that George Washington briefly considered it as a suitable place for the Nation's capital.

Williamsport -- or rather, Lemens Ford -- is also where General Stonewall Jackson and 15,000 Confederate troops forded the Potomac River in early September 1862 on their way from Frederick to Harpers Ferry, in an attempt to harry and delay Union forces in the days leading up to the Battle of Antietam. Confederate forces returned to the area in 1863 and damaged the Conococheague Aqueduct, shutting down the canal for 4 days while repairs were made to the structure. 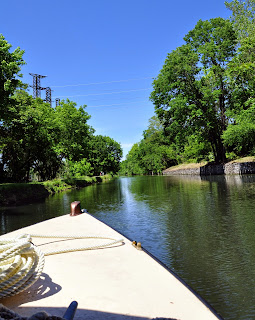 The canal was an important asset the North during the Civil War, with primarily coal and other goods traveling from western Maryland down to Washington DC. The canal was strategically important to both sides. Union forces protected the canal and used it for transportation purposes, moving troops, coal, and war supplies. Confederates tried to damage both the canal and boat traffic. It became the subject of many raids by famous confederate cavalrymen such as Jeb Stuart and John Mosby. Canal mules were taken for the war efforts of both the North and the South. Both sides used the towpath as a road when war came into the state of Maryland.

"While today the canal is remember as one of America's most preserved 19th century canals, its Civil War history cannot be ignored.," wrote fellow blogger Tim Ware. "At every attempt, Confederate forces rained havoc down on the workers of the canal and the canal itself, nearly bankrupting the Chesapeake and Ohio Company."

But it wasn't until the canal arrived in 1834 that prosperity really came to the town, which was along the new trade route between Cumberland and Georgetown. Williamsport is about at the halfway point between both ends of the canal, and thus ended up with a turning basin, a body of water wide enough to accommodate turning the canal boats, which averaged 90 feet long, around, for the return voyage up or down stream. With two warehouses located along the canal, the town became a thriving coal transfer point. 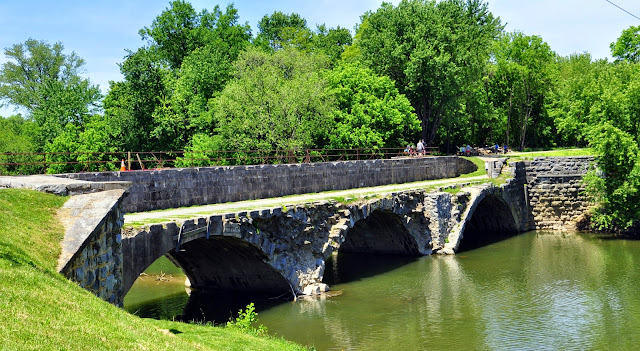 The Conococheague Aqueduct, one of eleven built along the canal, was completed in 1835 and operated smoothly (with the exception of about 4 days off in August 1863 for repairs needed due to Confederate sabotage) until 1920 when a canal boat captain had a very bad day. Then disaster struck when a canal boat captained by Frank Meyers clipped the upstream wall, causing it to crumble into the creek some 30 feet below. Canal water and canal boat crashed into the creek below. Some say Meyers was drunk, having probably spent some time in Williamsport fine dining and wining establishments after unloading his cargo of coal at the Cushwa Warehouse. Others say he simply was in a hurry or careless as he guided his boat onto the narrow aqueduct. 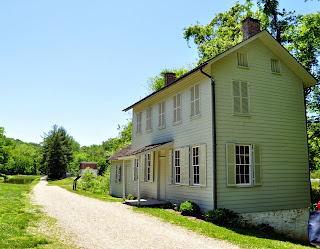 Meyers' daughter or stepson -- accounts differ -- had the quick-thinking to cut the lines to the mules on the tow path, saving them from being dragged into the creek along with the boat. Meyers himself jumped to safety. What happened to the two mules on the boat (two pulled, while two rested aboard) is unknown. I'd like to think that they survived the terrible fall.

The lockhouse is a sweet little cottage -- relatively spacious compared with the much smaller lockhouses in the more eastern parts of the canal. Lockkeepers were given a salary and a cottage rent free for the job of operating the locks 7 days a week, 24  hours a day and maintaining them.

You can get a guided tour that takes about an hour by signing up for one of the canal boat rides that take place on summer Saturdays and Sundays. The tour takes you through the Cushwa Warehouse, then over to the canal boat, which you ride down to the lock and the lock house (which you can then tour).

Tip #1: After exploring the canal and the historic buildings, it's time to grab a bite to eat! The Desert Rose Cafe offers a casual sandwich menu; after 3 pm there's the Desert Rose ice cream shop right across the street.

Tip #2: Williamsport has Civil War significance. If you head toward the cemetery you will encounter Doubleday Hill, where Abner Doubleday (baseball fans will recognize him as the inventor of baseball). As a captain in the Union Army, he crossed the Potomac River in June 1861 and built a breastwork mounting three siege guns overlooking the river. 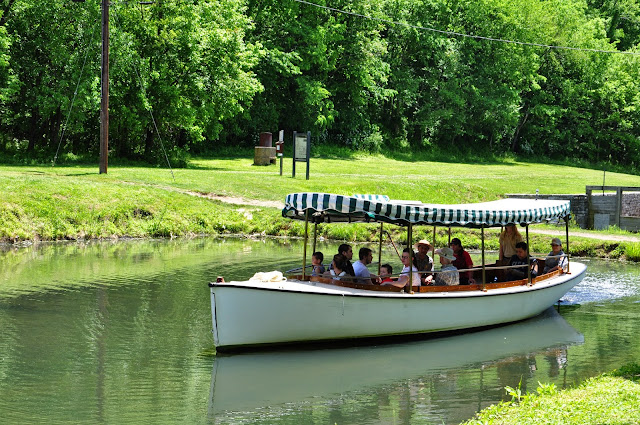 Dogs: Definitely on the tow path -- who doesn't love a walk or a splash in the water? But not on the boat ride.

Hours: Dawn to dusk. Boat rides/tours on Saturdays and Sundays only, between Memorial Day Weekend through Labor Day Weekend. 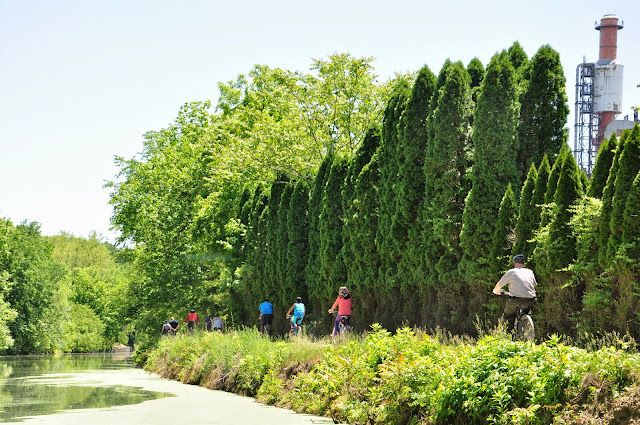