Cape May's Victorian Mansions, a Lighthouse, and a Lookout Tower 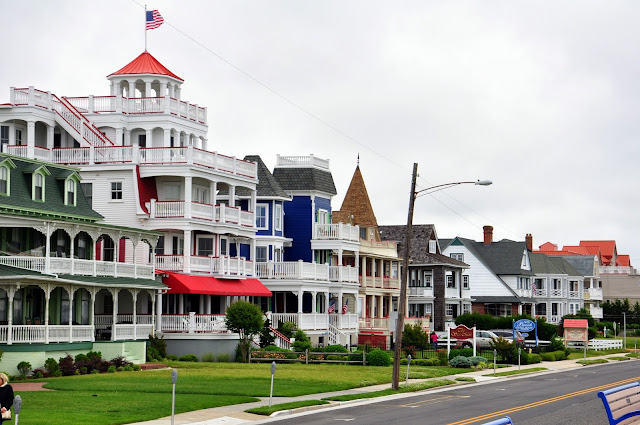 Cape May, NJ, is the original beach resort on the East Coast. Its collection of authentic Victorian mansions makes it a destination for anyone who prefers the intimate setting of a bed and breakfast inn over those horrible beach hotels found at other beach resorts. I've visited Cape May a handful of times over the past 2 decades. This most recent visit was after over a decade away from this quaint little city, and during this visit, as we walked around, I looked for B&Bs I've stayed at previously. The mansions were still there, of course, but the names had changed. 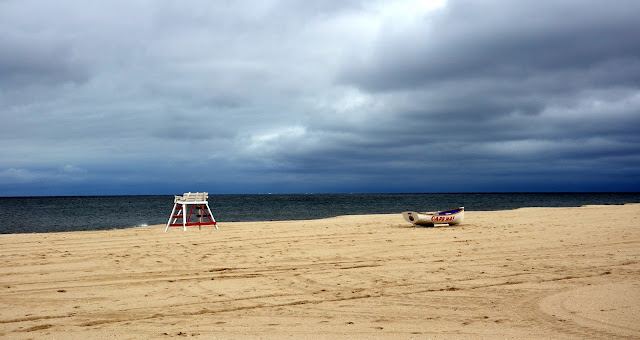 The city of Cape May is located on the island (south of the peninsula) and is home of the oldest seaside resort in America, with historical roots dating back to the 18th century.The recorded history of Cape May stretches back to 1620, when Captain Cornelius Jacobsen Mey surveyed and named the area for himself. It later grew from a small settlement to the large beach resort it has been since the 19th century. The City of Cape May asserts that its status as a vacation spot began in 1766, when Philadelphians drove in by stagecoaches and horse-drawn wagons or arriving by ships. Hotels were already on Cape May as of 1834. The entire city was designated as a National Historic Landmark on May 11, 1976. 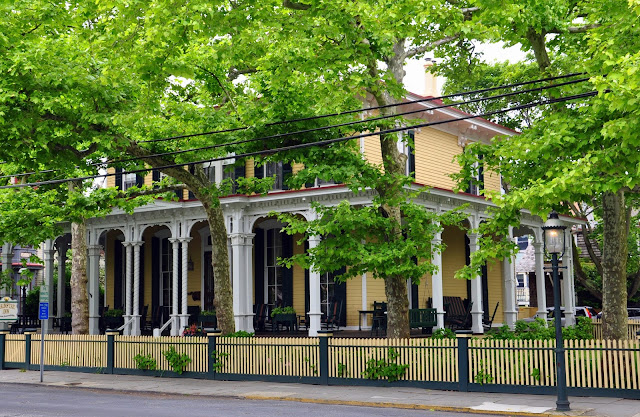 This time we spent the night at the Inn of Cape May, a Victorian-era beach resort which was quaint and fully adequate, if not luxuriously comfortable, for the 1-night stay we were planning! It's right on Beach Avenue, which parallels the ocean. We enjoyed the view of the ocean from our window on the fourth floor. 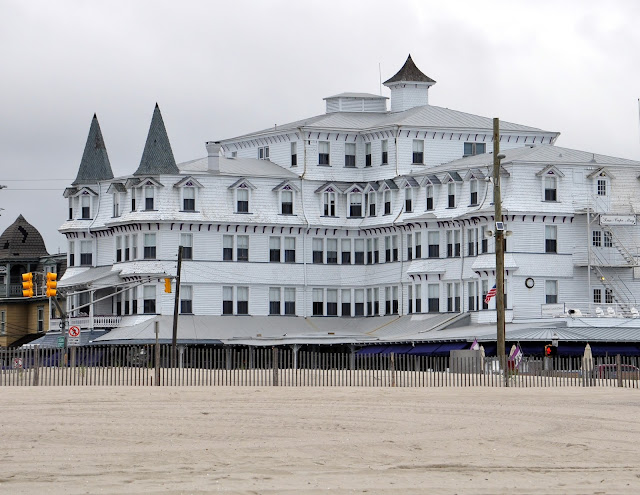 Why I'm including Cape May in this day trips blog is because of the sheer quantity of things to do there. If you're a beach and ocean fan, then of course, there's that. But you can stroll (or bike) around the town and enjoy the Victorian beauties, most of which have been magnificently and colorfully restored. There are artful boutiques and several excellent restaurants. Just outside of Cape May itself are four wineries. We didn't get a chance to go to them, but we are planning a "girls weekend" in the fall -- maybe I can check them out then! 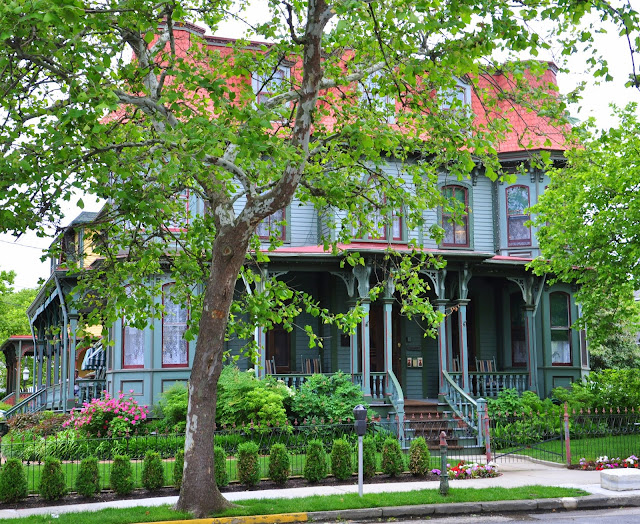 Walking down the promenade toward the cape brings you to... the cape, with its view of the Cape May Lighthouse. 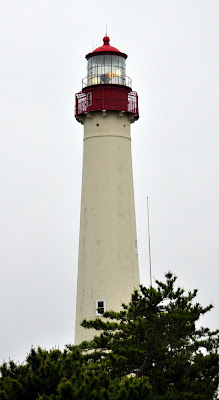 Head south on Sunset Avenue and you'll come to the lighthouse itself, as well as a bird refuge. Cape May is also famous as one of the top birding sites in North America. There are many different parks and birding sites in the area. Due to its location at the southern tip of New Jersey and numerous nature preserves and wildlife refuges, large concentrations of birds can be found in Cape May, especially during spring and fall migration.

On the beach at the light house park is a curious concrete structure, dating back to WWII. This is a bunker that served as a gun emplacement, with turrets on either side.

The Cape May Lighthouse was built in 1859, was automated in 1946, and continues operation to this day. It is open, and if you're willing to climb the 199 steps, you'll be rewarded with a spectacular view that encompasses Cape May itself, but can extend, on a clear day, all the way to Cape Henlopen across the Delaware Bay.
Head a little further down Sunset Avenue, and you switch eras, from the Victorian era to WWII and the Lookout/Fire Tower, itself interesting for its history and insight in an era in which we feared German invasion of our shores.

If you're at Wildwood, Stony Harbor, or even on the other side of the Delaware Bay at Rehobeth, or further south still at Ocean City -- Cape May is an easy day trip. Just head north to Lewes, DE, and take the Cape Henlopen Ferry across the bay to Cape May. 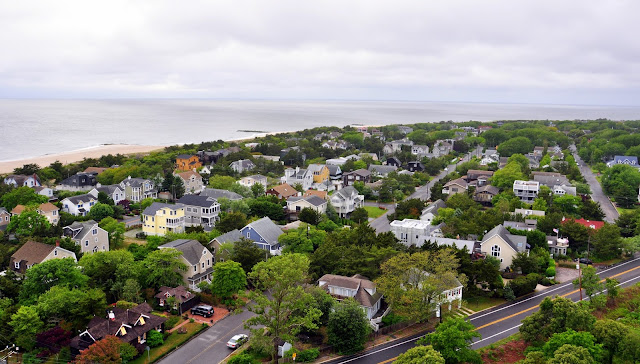