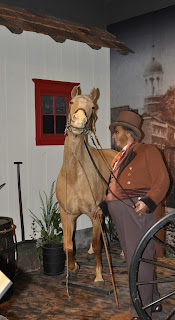 The new Gettysburg Heritage Center used to be the American Civil War Wax Museum. I have to admit: I never visited the wax museum. I eschew wax museums: I find them creepy.

But having a museum dedicated to the civilian perspective of what happened in Gettysburg during that great battle sounded intriguing, and I welcomed the suggestion that we start our visit at this museum. The exhibits start by telling the history of Gettysburg, tracing its roots as a hamlet established at a crossroads to the battle, and beyond.

Samuel Gettys settled at the Shippensburg-Baltimore and Philadelphia-Pittsburgh crossroads with a 1761 tavern where soldiers and traders came to rest. As a result of its central location, a network of roads were laid out connecting Gettysburg with other towns. These roads were both a blessing, making Gettysburg a hub of local industry and commerce -- a thriving carriage industry was based there -- and a curse, since it was these roads that led the two armies to the town. 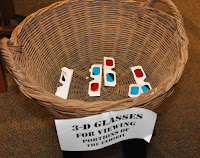 As you enter the exhibit space, you notice small town facades, such as a train station, general store, and a theater marquee. The exhibit space takes visitors back to the town of Gettysburg on the eve of the battle, highlighting daily life for those who called it home. There's a basket with 3-D glasses -- make sure you grab one. I have to admit, as I did so, I sort of grimaced: this was going to be pretty hokey. But, as it turned out, it wasn't.

One of the exhibits explains that much of the photography of the day had been taken to be viewed in stereoscopic viewer, which the 3D glasses replicate. There are several photo posters in the 3D. But the real surprise are the two opportunities to see a montage of photographs taken after the battle, on the battlefield (that one is a bit gory, with some horrible, haunting images that graphically depict the horrors of battle and what bullets and cannonballs do to the human body). I'm going to go off the beaten path here a bit and editorialize: for a country that goes to war as often as we do, we should probably face head on the horrors of war. Those images are one way to do that. 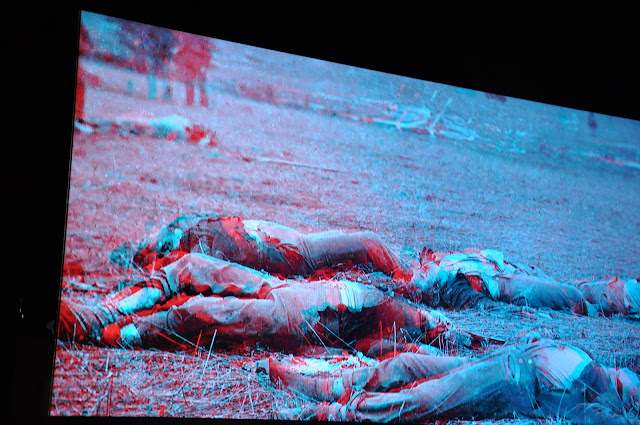 After the first of the video photo montages was over, I sat there a few minutes. PTSD -- post traumatic stress disorder -- was unknown following the Civil War. But I imagine that many of the surviving troops, on both sides, must have suffered from it. Knowing people, as I do, with PTSD after having served in Iraq and Afghanistan, I have to wonder how the soldiers handled their trauma. One of my ancestors, George Washington Spertzel, fought in the Civil War, enlisting a second time after being medically discharged. I know he saw battle, because his unit, the 21st Pennsylvania Cav, was at Cold Harbor. What horrors did he see? 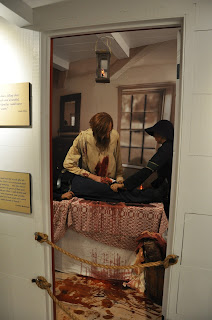 The detritus of the battles -- the mess of dead bodies, horse carcasses, and broken weaponry and discarded belongings -- must have astonished (and not in a good way) Gettysburg civilians, who were faced with the massive task of cleaning up after the battle and nursing the wounded and dying -- both Union and Confederate.

The exhibits focus on how the civilians of Gettysburg endured the battle, providing personal accounts and in some ways, trying to recreate their experiences. One of the most poignant of the exhibits is the cellar experience. As the fighting began, civilians were ordered to take shelter, preferably in their cellars. The town itself became a battlefield, and the Confederates eventually occupied the town. The exhibit takes you into a recreated cellar; all becomes dark, and through the cellar windows you see a video of the battle, mostly the feet and legs of the troops, rushing by. Steps echo above your head, recreating the sounds a family would have heard as troops barged into their homes. The narration guides you through, explaining the battle as it ebbed and flowed. How much more confusing for the inhabitants, who had no explanations, nor assurances of Union victory? 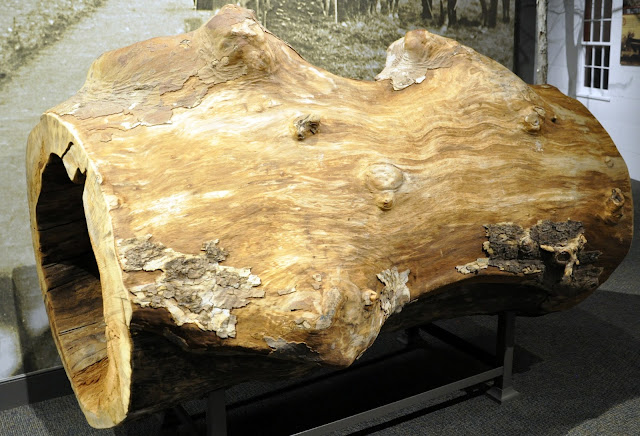 The remnants of a sycamore tree are on display as well, a fun exhibit. This particular tree was a witness tree -- large enough even during the Civil War. A section of it is cut away, showing a bullet lodged within its wood. 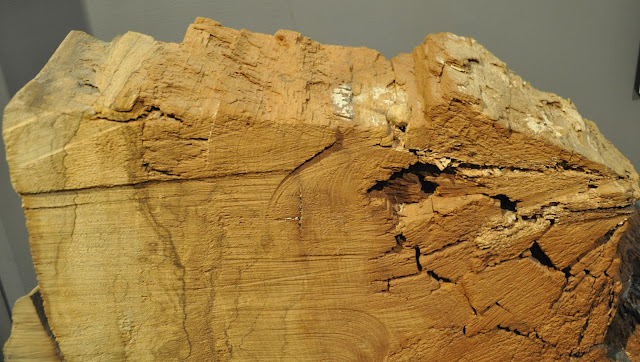 The tour concludes with the Civil War Trust’s award-winning Battle of Gettysburg: Animated Map; a high-definition, 20-minute movie that gives an excellent overview of the three day battle, making this a good first stop before heading across the street to the National Military Park visitor center. 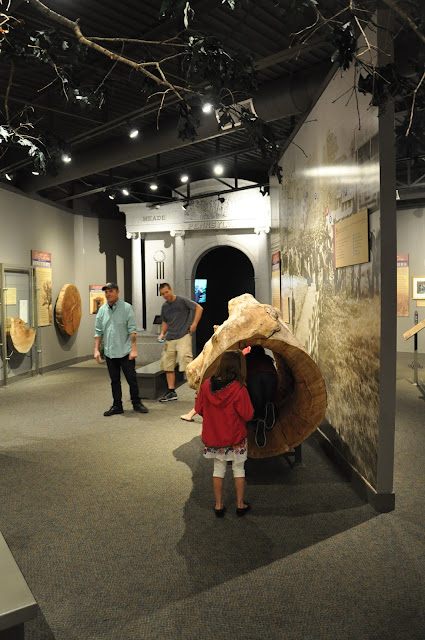 Have you daytripped somewhere interesting? I'd love to hear what you're doing! Email [email protected] if you're interested in being a guest-blogger!
Posted by Jody Arneson at 8:32 AM