This Time the Sun Shone

Last year we went leaf peeping in Shenandoah and when it wasn't blindingly foggy, it was raining!

Still, we saw some gorgeous trees and the fog leant a mysterious beauty to the autumn scenery. We made the best of it. 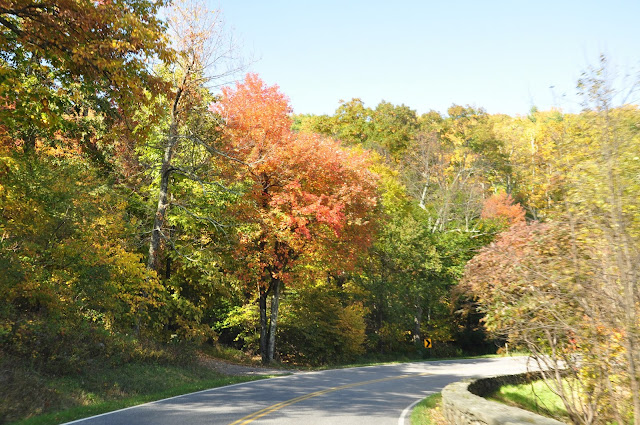 This year, though, I was hell bent on seeing the Skyline drive in all its glory. Too bad I arrived a week early! Oh well. The weather was cool and gorgeous. I couldn't have asked for a nicer day. There was still lots of green, but enough trees at the highest elevations along Skyline Drive had turned to make it well worth the drive. 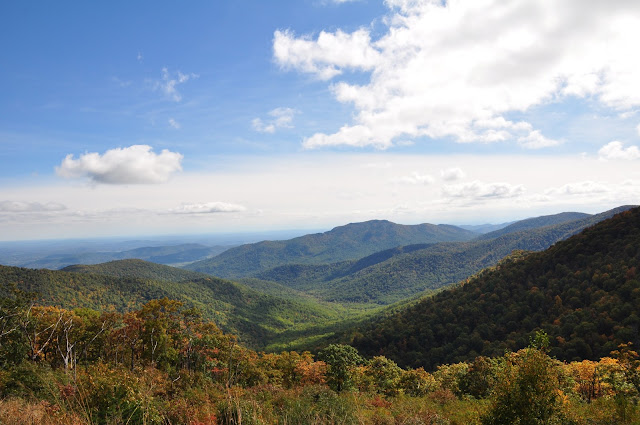 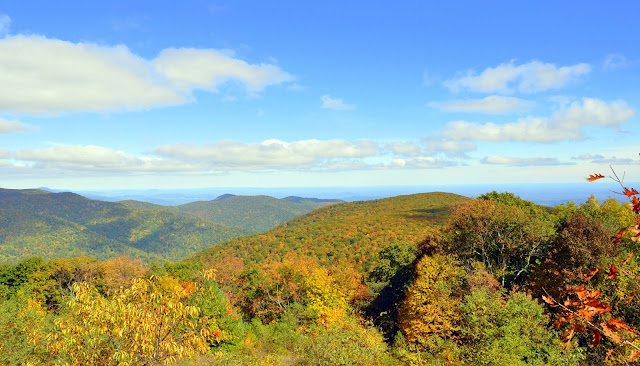 And although it may not have been at its peak (it seems to be running a week later than last year), the park was still very crowded. Although traffic flowed smoothly, by mid-afternoon there was little to no parking available at any of the trailheads. 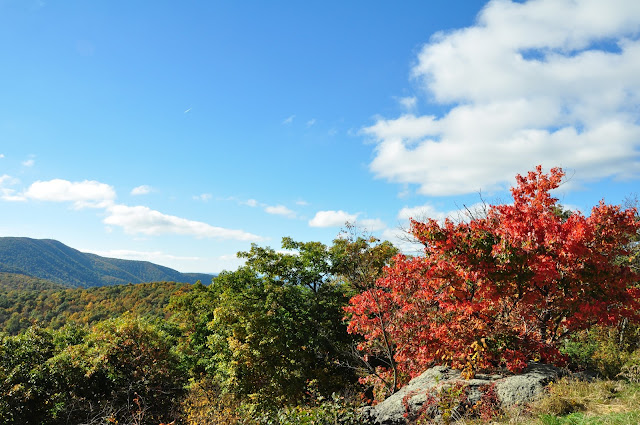 Skyline Drive is pretty neat, though. It's a road meant NOT to be driven quickly. Developed in the euphoria of a newly mobile society, the whole point of it is not to get you from point a to point b, but to allow you to be able to enjoy the scenery of the park by presenting different vistas during what is meant to be a leisurely drive: the speed limit is posted at 35 mph, and that's not a joke. Park police were stationed around various curves awaiting speeding drivers. 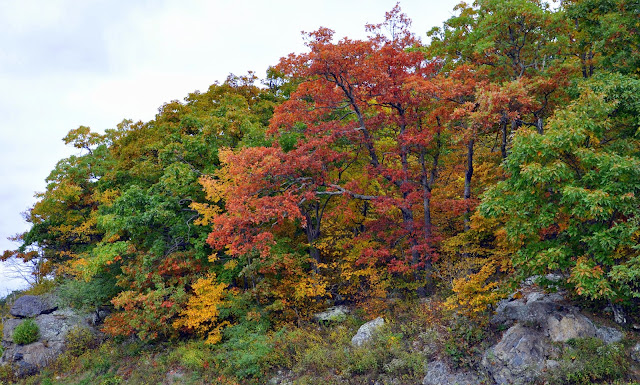 But why go fast? You'll probably miss something if you do. It's not uncommon to come across vehicles haphazardly pulled over, its occupants gawking at white-tail deer or even a random black bear. Sometimes it's not immediately obvious what the other vehicle is looking at; I always drive away feeling as if I'm missing something I REALLY wanted to see! And of course, once you climb to the higher elevations of the park, there's a scenic overlook at almost every turn. 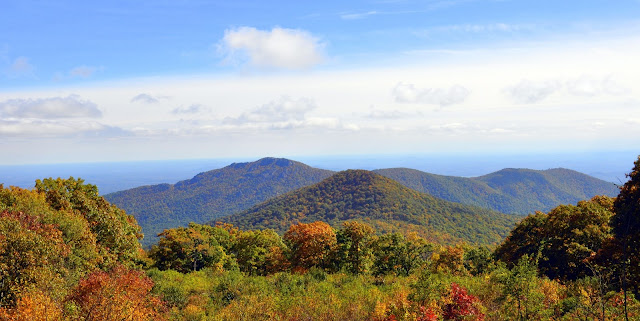 Like last year, we had lunch at Skyland, a resort built before the park existed, catering to those who could afford it. Now it's part of the national park service. You can purchase sandwiches at a coffee shop or eat in the restaurant. The food is decent, not spectacular, but that's okay -- the scenery makes up for it. The Skyland dining room has huge picture windows that look out on the view below; on a busy Saturday you can expect a wait of 20 or 30 minutes. When not shrouded in fog (as it was last year), the view more than compensates for any culinary inadequacies.

Getting there: There are four entrances into Shenandoah National Park:

Hours: Shenandoah National Park is always open. However, portions of Skyline Drive, the only public road through the park, are periodically closed during inclement weather and at night during deer hunting season, mid-November through early January. Visitors can still enter the park on foot to hike even when the Drive is closed. Most visitor facilities and services begin operating in March and close down completely in late November.

Dogs: Dogs are welcomed in the park, although not in Skyland.