The Battle of Bolivar Heights, which took place on October 16, 1861, was an early battle of the Civil War. During the battle, Confederate States Army colonel Turner Ashby attempted to take the strategic Bolivar Heights from Union colonel John White Geary. After a 6-hour battle, the Confederates were ultimately repulsed, and the Union planted flags on the ridge. 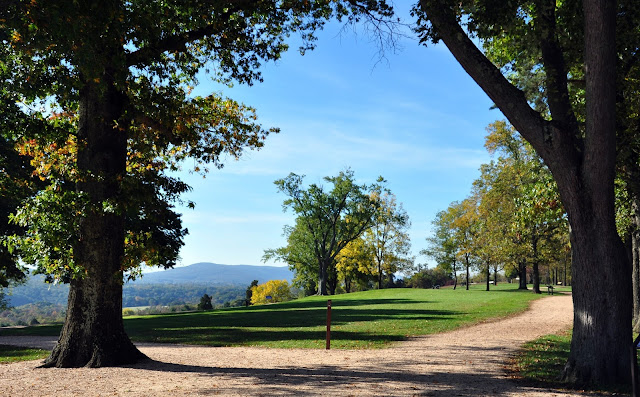 During our visit, I was struck by the incredible natural beauty of the former battlefield. You can look over to the mountain pass through which the mighty Potomac River, recently joined by the Shenandoah River, flows. The distinctive bridge carrying U.S. 340 across the river is easy to spot. On the opposite side of Bolivar Heights, you overlook a valley, with dramatic views of farmland and neighborhoods. 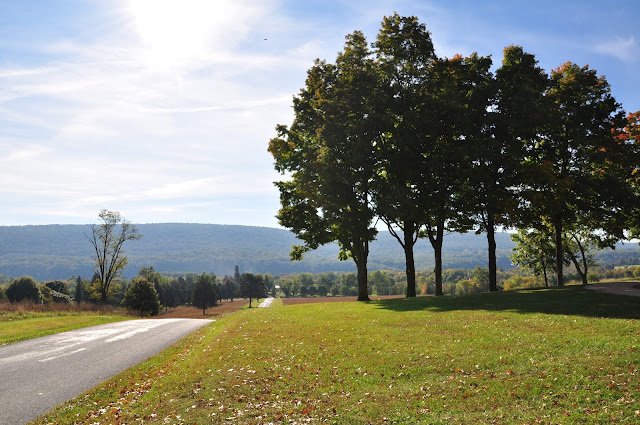 If you're a student of Civil War history, then I recommend visiting Bolivar Heights, as well as Harpers Ferry, which is one of my favorite places to spend an afternoon. Make sure you allow some time to explore the town as well -- the town adjacent to the national park offers some quaint boutiques as well as some tasty cafes, many of which are dog-friendly in warmer weather (although the shuttle over from the Visitor's Center parking lot is NOT dog-friendly, complicating matters somewhat).

Harpers Ferry also sits at the confluence of the Potomac and Shenandoah rivers. It's also where John Brown disastrously attacked the historic Federal arsenal (founded by President George Washington in 1799). A bridge for the critical Baltimore and Ohio Railroad crosses the Potomac there; a footbridge runs adjacent, via which you can access the C&O Canal towpath. 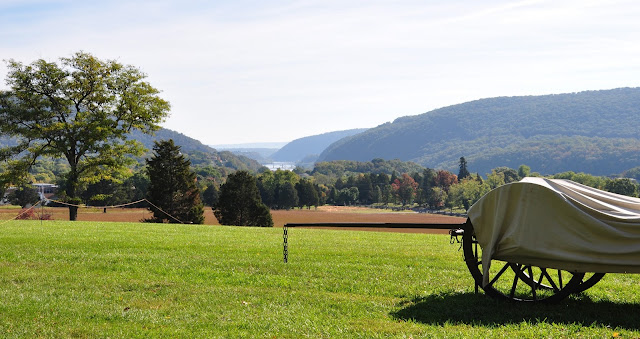 Harpers Ferry and Bolivar Heights combine nationally significant history and the scenery of the Blue Ridge Mountains and the Potomac and Shenandoah river valleys. It doesn't get any better than that!

Harpers Ferry was virtually indefensible, dominated on all sides by higher ground. To the west, the ground rose gradually for about a mile and a half to Bolivar Heights, a plateau 668 feet high, that stretches from the Potomac to the Shenandoah. To the south, across the Shenandoah, Loudoun Heights overlooks from 1,180 feet. And to the northeast, across the Potomac, the southernmost extremity of Elk Ridge forms the 1,476-foot-high crest of Maryland Heights. A Union soldier wrote at the time that if these three heights could not be held, Harpers Ferry would be "no more defensible than a well bottom." 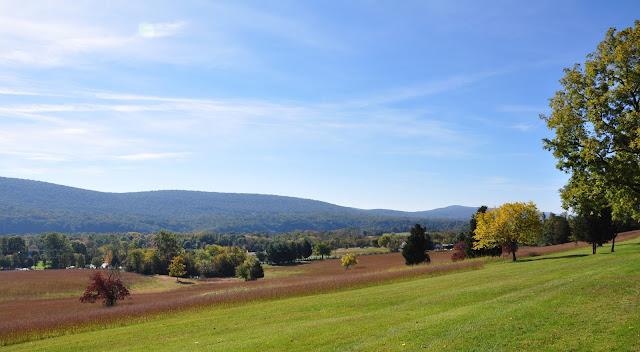 Despite its strategic importance to Harpers Ferry, Union incompetence prevailed after this initial battle. In later confrontations, the commanders of Union troops based in Harpers Ferry would ignore not just Bolivar Heights, but Loudon Heights and Maryland Heights as well, resulting in Harpers Ferry falling into Confederate control. In fact, Harpers Ferry was so important that the Union and Confederate forces would tussle over it through the entire conflict, and it changed hands not just once, but a total of 27 times. It must have sucked to have lived there!

Because you can drive to the top of Bolivar Heights, it's easier to access than, say, Maryland Heights, which incorporates a strenuous hike which even Abraham Lincoln couldn't climb when he visited his troops! However, a friendly guest blogger undertook the strenuous hike on behalf of this blog fairly recently. Check out the blog post about his two hikes here and here. 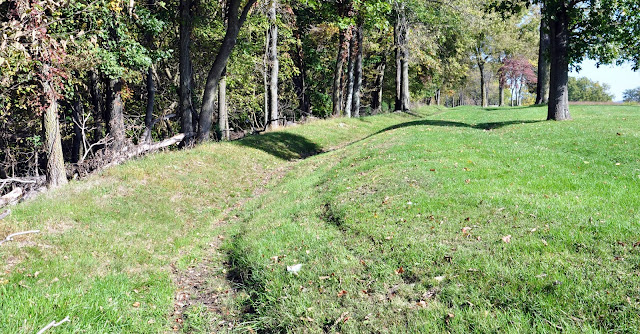 Harpers Ferry NHP encompasses almost 4,000 acres in West Virginia, Maryland, and Virginia; several other national parks also intersect here. As the mid-point of the 2,178-mile Appalachian National Scenic Trail (AT), Harpers Ferry is home to the Appalachian Trail Conservancy (ATC), the headquarters for the AT. And of course, you can also walk along the 184.5-mile-long towpath of Chesapeake and Ohio Canal National Historical Park by crossing the footbridge over the Potomac River; this is also how you access the rather strenuous trail leading to the top of Maryland Heights. The Potomac Heritage National Scenic Trail overlays the C&O Canal and continues north all the way to Pittsburgh, PA.


Know before you go #1: Walk the Bolivar Heights trail to gain a full understanding of the battle.

Know before you go #2: Harpers Ferry NHP has about 20 miles of hiking trails. The trails vary from easy, riverside strolls to 4-mile hikes across Civil War battlefields to eight-mile adventures to the tops of mountains. The National Park Service maintains a helpful webpage that provides the trail information needed to plan the perfect hike: location, length and intensity (easy, moderate, difficult); highlights (views, wildlife, historical significance); hiking time (based on one mile hiked per 30 minutes).
Getting there: 171 Shoreline Dr, Harpers Ferry, WV 25425

Hours: Harpers Ferry National Historical Park is open year round with the exception of Thanksgiving Day, Christmas Day, and New Year's Day; dawn through dusk. Shuttles from the visitors center to Harpers Ferry itself run on an abbreviated schedule.