This is fourth of a series focusing on Gettysburg, PA as a great day trip destination. 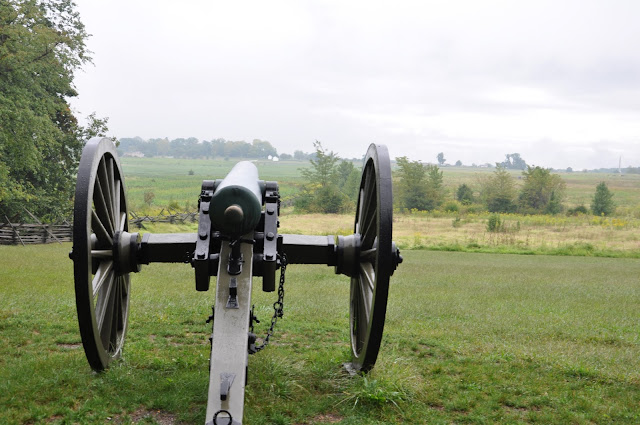 I'm always intrigued by different ways to tour the National Military Park at Gettysburg. I loved the segway tour of the battlefield my husband and I went on a couple years ago, but that was as much for the fun of riding a segway as for the battlefield tour itself. I've tried the static driving tour, where you read the information provided in a pamphlet by the Visitor's Center (this was years ago). I also have a CD driving tour that I've tried a few times and have enjoyed. There are horse rides through the battlefield as well as a variety of other options I haven't tried yet (but probably will if I continue writing this blog in the coming years).

So I was intrigued by the InSite iPad tour, which is available from the Gettysburg Heritage Center. 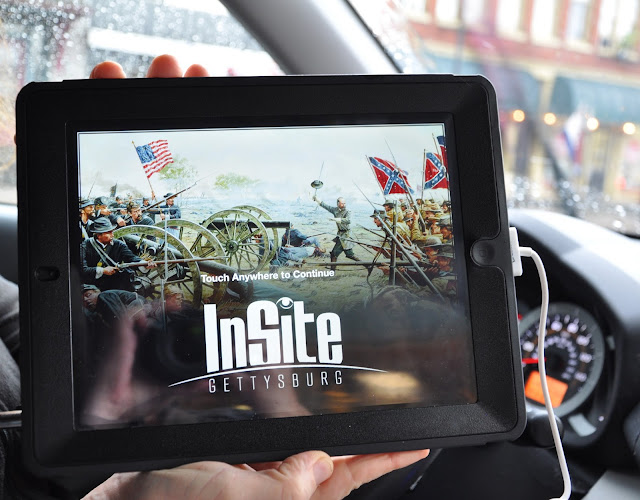 The tour follows the 16 stop Auto Route, GPS triggered audio plays through your car speakers as you drive or with provided portable speaker.

There are cool interactive features at every stop, including "virtual tours" if you don't want to get out and "augmented reality." ("Yeah baby, pass me some of that augmented reality -- I could use it.") No, seriously, the augmented reality part was probably one of the coolest aspects of the tour.

To use the augmented reality feature, you have to follow specific directions provided, very similar to:
Get out of your car and walk over to the signs. Stand about 6 feet to the left of the signs, facing back where you just came from. 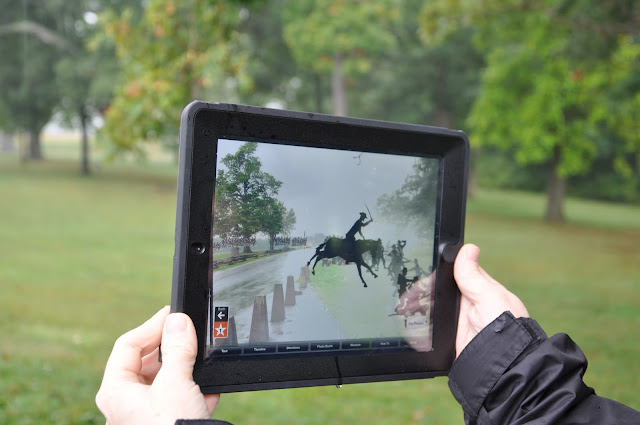 You'll know you're positioned correctly when it starts working. As you hold up the iPad and start scanning the landscape, cartoonish figures start darting the landscape on the iPad, showing figures moving according to the battle. Unfortunately, it was raining pretty hard the day we tried the InSite tour, so we didn't give the augmented reality much of a chance to play all the way through. It was pretty cool though, the parts we saw of it!

Other features include an old time photo-booth, which both my friend and I had a lot of fun with. Poor Mary Todd Lincoln is pictured in the McD's drivethru (it was coffee break time!). I posed as a Union soldier (now my FB profile photo) and John Burns, the 67-year-old Gettysburg resident who picked up a gun and fought alongside Union troops during the battle. 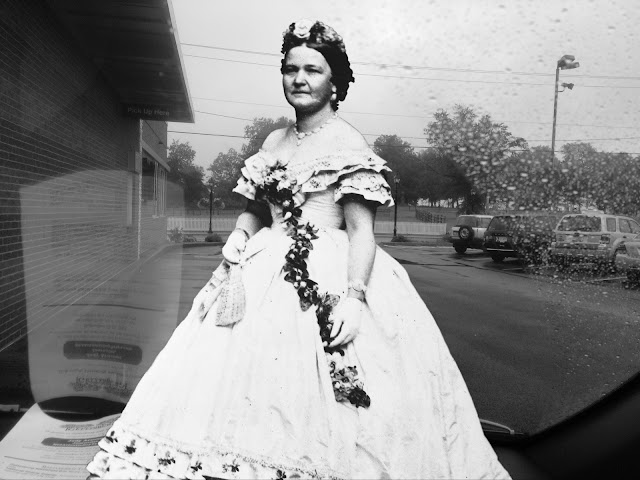 The cool thing is you don't need to own an iPad to use it, nor do you have to be a technological wizard -- even I was able to figure out how to use the tour.

The tour kit includes a fully loaded iPad in a LifeProof case and an auxiliary cord for either a speaker or your car's audio system. 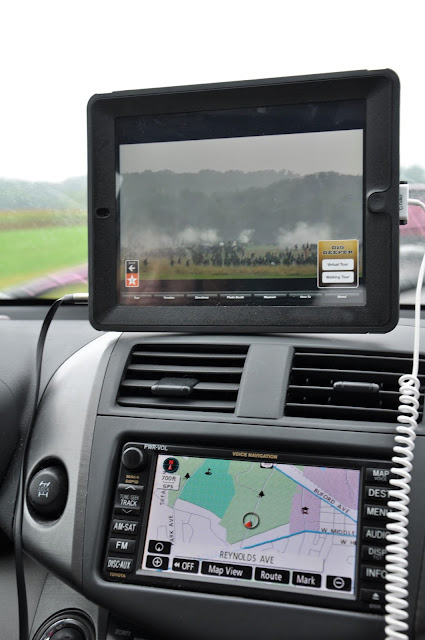 Day Trip on a Budget: At a rental price of $34.95, this is definitely a day trip on a budget. You only need one per vehicle, and it's a great way for a car load of folks to tour the battlefields. Although with an inexpensive meal at one of Gettysburg's two diners or at the Blue and Grey Bar and Grill, the day trip might add up to slightly more than $50 for two people, you could easily keep the day to under a budget of $100 for a family of four. 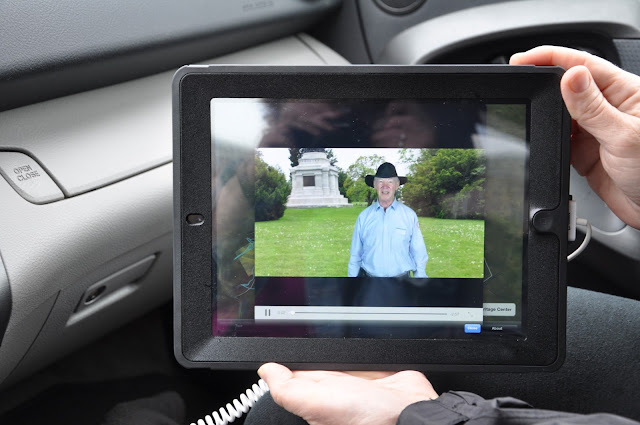 Know before you go #1: Bring at least one passenger, to operate the tour while the driver focuses on driving.

Know before you go #2: Keep your budget down by packing a picnic and eating it while parked along the driving tour in the battlefield.

Getting there: you can pick up the InSite iPad driving tour at the Gettysburg Heritage Center at 297 Steinwehr Ave, Gettysburg.

Hours: Rental of the InSite iPad is for 5 hours. The Gettysburg Heritage Center is open between 9 a.m. and 5 p.m. except on major holidays.

Dogs: In your car, sure!