This is my first day trip on a budget post, and I'm going back to one of the first posts of this blog: Fort Necessity, which is part of the national park system, for the material. I'll be drawing on a lot of my day trips to national and state parks, because quite honestly, they're all a bargain and a great way to see this country inexpensively! 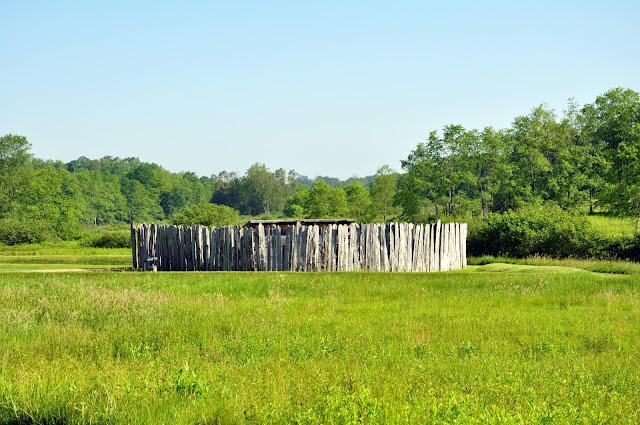 Fort Necessity is a reconstructed wooden fort on the spot where George Washington, then 22 years old and a lieutenant colonel bunkered down to fend off a likely attack from French colonial forces. While you're there, you'll learn about Washington's charge to forge a road, which eventually became the first federally funded and maintained road. Washington expected an attack because a few days before he arrived at the site that was to become Fort Necessity, his forces successfully attacked a French patrol, pissing them off in a big way.

"A charming field for an encounter," Washington said of the marshy, natural meadow surrounded by dense forest. He threw a few logs up, called it a fort, and settled down to await the French attack. The wait wasn't long -- just 30 days, during which time Washington and his men lengthened the new road by some 14 back-breaking miles. 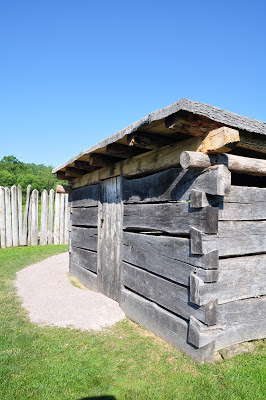 Know before you go: Plan 1 1/2 to 2 hrs to see the historic sites in the main unit of the park. Add an hour to visit Braddock's grave and Jumonville Glen sites.

On-a-Budget: Entry fee is $5 per person, which gets you into Fort Necessity, nearby Mount Washington Tavern, and Braddock's Grave; kids younger than 15 are free. For $15, you can purchase a pass that includes entry to Fort Necessity National Battlefield, Johnstown Flood National Memorial, Allegheny Portage Railroad National Historic Site.

Getting there: 1 Washington Parkway, Farmington PA 15437

Dogs: Welcome on the grounds, leashed. Not so much in the visitor's center.

Eats: Pack a picnic -- picnic tables available, well shaded by trees in a very pleasant setting. There are also a number of inexpensive restaurants in Unionville, which is about 11 miles away.

Have you daytripped somewhere interesting? I'd love to hear what you're doing! Email [email protected] if you're interested in being a guest-blogger!
Posted by Jody Arneson at 5:47 PM