Getting to Know the Ghosts of Gettysburg

Gettysburg is as known for its ghost tours as the battle itself, which caused so much alleged paranormal activity. 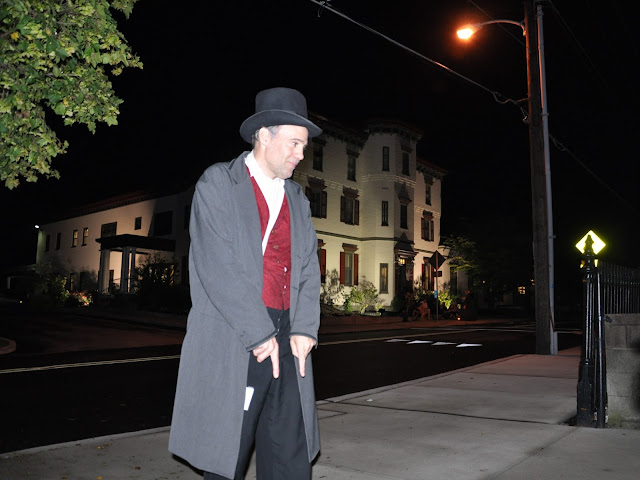 The ghost tours are everywhere! Stroll along Baltimore Street or Steinwehr Avenue at 7 or 9 pm and you'll see multiple groups. There are now more than a dozen to choose from, a ridiculous number for so small a town, and although it's unlikely you'll actually experience a paranormal encounter, you can still appreciate these ghost tours for what they are -- a different way of learning about the town's colorful history.


I'm a big fan of ghost tours, actually, having gone on tours in Ellicott City, MD; Annapolis, MD; Fort Delaware, DE; two in Niagara-on-the-Lake, Ont, Canada; and several other places. Each tour has its own schtick, whether dressing a guide in period garb or bringing you into "haunted" buildings or in some cases, actually going ghost hunting. Both of the tours we went on in Gettysburg had guides who dressed in period garb, and we saw other ghost tour guides, also similarly dressed. Despite several centuries of ghost-making history, most of the ghost tours in Gettysburg dressed their guides in the Civil War era garments.

Some of the stories are pretty goofy, and not all the guides, including ours on Ghosts of Gettysburg, actually "believe" in ghosts, although they'll dissemble when asked point blank. But it doesn't matter. The trick to enjoying a ghost tour is to go in good fun, enjoy the story telling (who doesn't enjoy hearing stories?), enjoy the stroll (it's better than sitting on a couch!), be prepared for a fright or a cold breeze on your neck, and have fun all while appreciating the historic town in which you're walking.

The Ghosts of Gettysburg tour took us up Baltimore Street toward High Street, then down High Street past an old school and the old jail, then back to Baltimore Street. We heard about several ghostly soldiers, a lonely ghost who wanted to attend a party, and several others. We walked past Shriver House with nary a comment about its ghostly inhabitants, much to our disappointment!

The second ghost tour we went on was the Battlecry Tour, put on by Gettysburg Ghost Tours. This tour promises to escort "guests along what was once known as 'No Man's Land' where the streets ran red with blood in 1863! Where you will pass Battlefields, Cemeteries, Haunted Hotels and the Reynold's "Death House!'" And indeed, the tour does do all that.

I have to say, I loved our tour guide -- one of the best story-tellers I've ever had a pleasure of listening to, and heads and shoulders above the tour guide for Ghosts of Gettysburg, who was pretty good himself. But there was an dramatic and noticeable absence of ghosts. I kept waiting for the spooky ghost story. ... yep, still waiting. However, she very dramatically told us about the mass graves that especially the Confederate dead were interred in throughout Gettysburg, insinuating that these mass graves still exist below the very blacktop we walked over. And at the very least, she said, there were mass graves of the limbs sawn off the wounded. If you feel a tug at your ankle, she warned, then you may want to walk more quickly. Okay, the tour gets creepy points for that!

We stopped at the famous Dobbin Tavern, where our guide told a ghost story, I think, although I can't remember it, frustratingly. Because what I do remember is that she pointed out how the lighting and the shadows on an upper porch make it look like what Lincoln's profile may have looked like. Hmmmm. Okay. 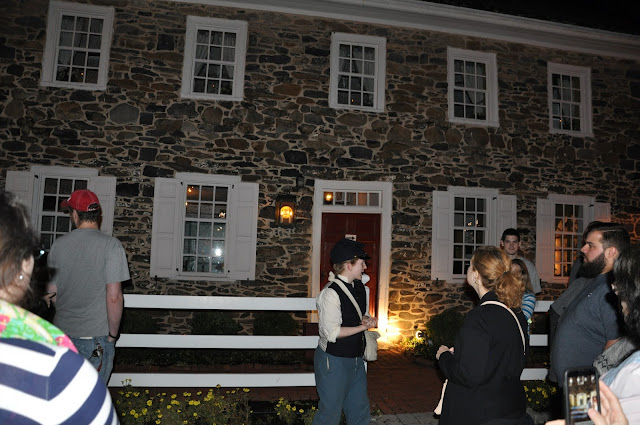 But then she took us to the Reynolds Death House, told us a lovely and sad story about how an officer -- Union General John Reynolds -- died there, leaving his fiance inconsolable. This building, also known as the George George House, is where Reynolds' lifeless body was taken after he suffered a fatal wound the first day of battle, July 1, 1863. The house is positioned between Cemetery Ridge, the stronghold of the Union Army of the Potomac, and the Lutheran Seminary, where General Lee’s Confederate forces had amassed -- thus situated on "no man’s land" during the time of the battle. Apparently cards have fallen mysteriously inside the building.

But still no ghost. None. Not Reynolds' ghost, nor his fiance's ghost, have ever been seen there at the Reynolds Death House, although our guide did dare us to look in the windows to see whether we might see a ghost (we didn't, to our disappointment and relief). We walked past a portion of a local cemetery, where our guide told us to take photos into the dark as very often, people catch orbs and the like. But no story. No ghost. No orbs. Just darkness.

If you are really into ghosts and such but want to avoid the tours, then I recommend picking up one or several books of Gettysburg ghost stories. My favorites? The Ghosts of Gettysburg series by Mark Nesbitt, of Ghosts of Gettysburg tour fame. He was a park ranger that started to collect ghost stories, including his own experiences working in the battlefields, and then published them. These books have maps to all the locations of the stories and are not expensive. So pick up a few books and go out ghost hunting on your own after dark. But there are other books being published by Gettysburg-based paranormal hunters, so you may want to sample a variety.

The battlefield is open to the public until 10 pm every day. In late July and early August you will have a good hour of total darkness. Some of the more active ghostly points of interest are Little Round Top, Devil's Den, Spangler's Spring, and The Wheatfield. Don't trespass after the park is closed, and certainly be considerate of residents living in the buildings you stop by. Don't be obnoxious!


Getting there: Ghosts of Gettysburg is located at 271 Baltimore Street; Gettysburg Ghost Tours is located at 47 Steinwehr Avenue. There are a host of other ghost tours as well. Do some research and find one that sounds good to you.

Hours: Check websites for tour availability. Many of the tours close during the winter months or have reduced tour offerings.

Dogs: Actually, yes! Well behaved, friendly, and leashed dogs are welcomed on many of the tours. I recommend checking before you purchase the tickets. 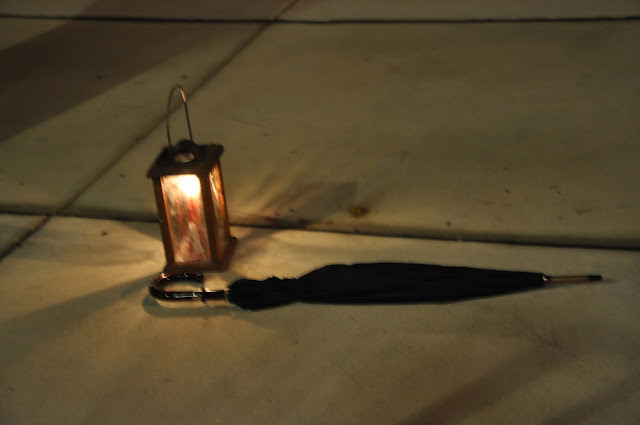