This is the fourth of five posts about our late summer trip to Mackinaw City and Michigan's upper peninsula; we visited the area after bringing my son up to college in Michigan.


After exploring Mackinaw City, we wanted to go over to St Ignace to explore it too. We headed over for an early lunch at one of the cafes in view of the docks, then we bought tickets to head over to Mackinac Island. 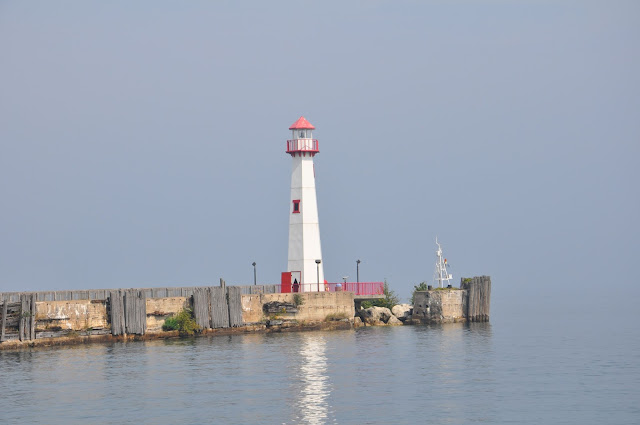 If you're into lighthouses, then at St. Ignace, you can take the opportunity to see the Wawatam Light while you're waiting for a ferry to take you over to Mackinac Island. Great scenic setting at end of pier, with landscaped park, and there are many informational signs around the park giving interesting (to me) information. Although you can't go inside, it is still worth walking out to the end of the pier to see it. On your way out to Mackinac Island, you'll get to see two other lighthouses.

Dogs are welcomed on Mackinac Island, and most of the ferries allow dogs, so off we went. Our beagle, Meeko, wasn't a huge fan of the ferry. There were other dogs onboard as well. On the way you'll notice two lighthouses. 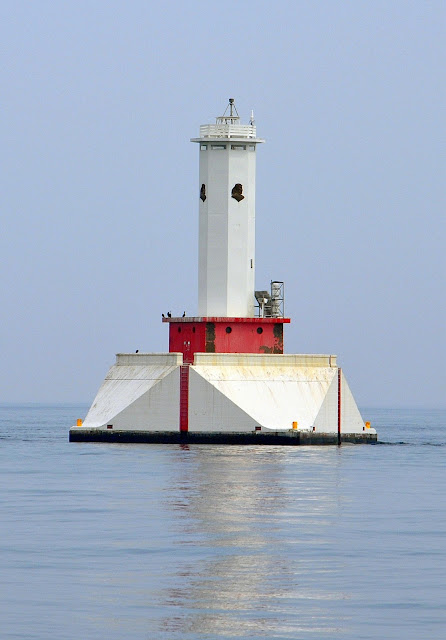 Round Island Passage Light, built by the United States Coast Guard of concrete and steel in the period immediately following World War II, was one of the last lights to be constructed on the Great Lakes. The light was built at the same time that Round Island Light, an 1898 historically manned lighthouse at the other end of the channel, was deactivated.

The Round Island Light, also known as the "Old Round Island Point Lighthouse" is a lighthouse located on the west shore of Round Island in the shipping lanes of the Straits of Mackinac, which connect Lake Michigan and Lake Huron. We passed this lighthouse on our way to Mackinac Island. 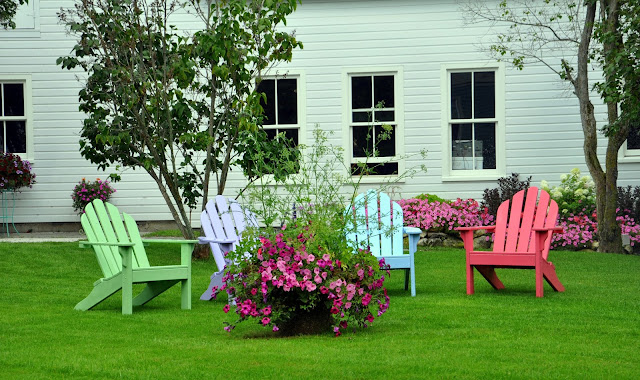 Mackinac Island is an island and resort area; it also served as a strategic central location for the Great Lakes fur trade. It was important enough that when the British abandoned their fort at Mackinaw City, they rebuilt it as Fort Mackinac on the island during the American Revolutionary War. Mackinac Island also was the site of two battles during the War of 1812. Eventually it passed into American hands and served as an American post as well. 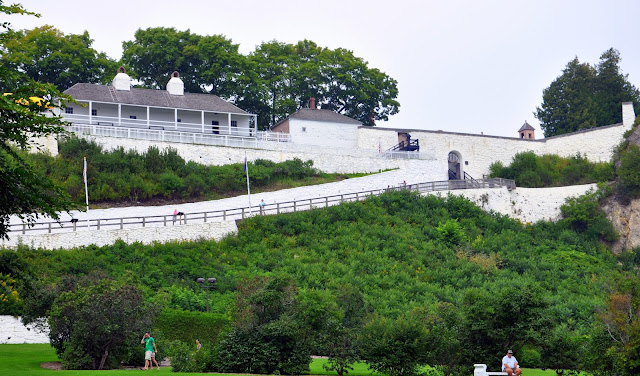 In the late 19th century, Mackinac Island became a popular tourist attraction and summer colony. Much of the island has undergone extensive historical preservation and restoration; as a result, the entire island is listed as a National Historic Landmark. It is well known for its numerous cultural events; its wide variety of architectural styles, including the famous Victorian Grand Hotel; its fudge; and its ban on almost all motor vehicles. In many ways, Mackinac Island reminded me of Cape May, NJ, because of the historical homes and buildings -- and is just as lovely as Niagara-in-the-Lake, Ont., Canada. Having primarily horse-drawn vehicles only adds to the quaintness. More than 80 percent of the island is preserved as Mackinac Island State Park. 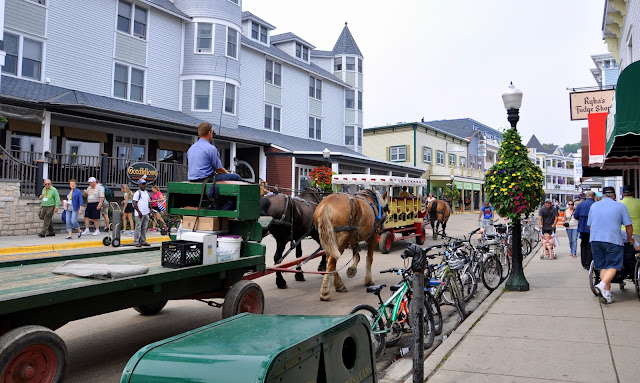 When you arrive and make your way off the dock, you'll notice a horrible smell -- horse urine I believe. You quickly get over it. Then you notice the streets lined with bicycles, and the sounds of the rumbling carriages. 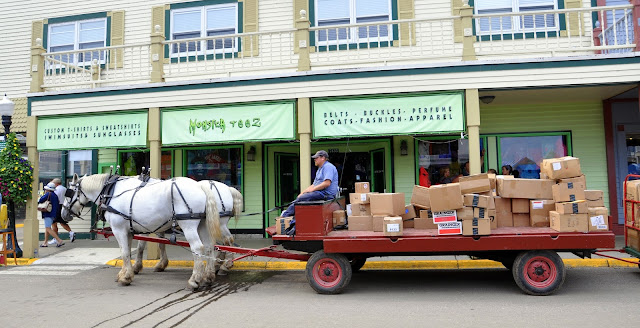 Where does the distinctive name, "Mackinac" come from? Like many historic places in the Great Lakes region, Mackinac Island's name derives from a Native American language. Native Americans in the Straits of Mackinac region likened the shape of the island to that of a turtle. Therefore, they named it "Mitchimakinak" (Ojibwe mishi-mikinaak) meaning "big turtle." 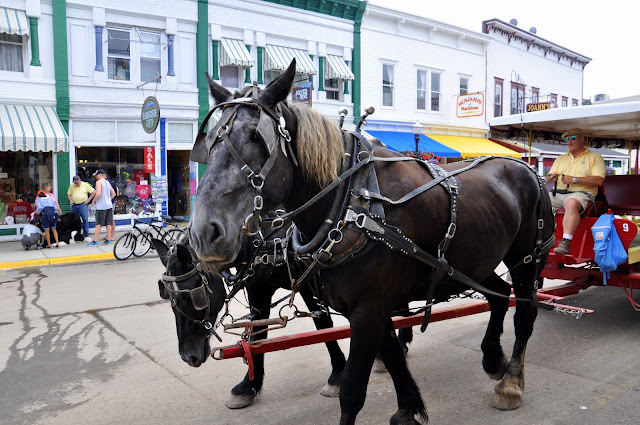 Following the Civil War, the island became a popular tourist destination for residents of cities on the Great Lakes. Much of the federal land on Mackinac Island was designated as the second national park, Mackinac National Park, in 1875. To accommodate an influx of tourists in the 1880s, the boat and railroad companies built hotels, including the Grand Hotel. Souvenir shops began to spring up as a way for island residents to profit from the tourists. Many wealthy industrialists built summer "cottages" along the island's bluffs for extended stays. When the federal government left the island in 1895, all of the federal land, including Fort Mackinac, was given to the state of Michigan and became Michigan's first state park. 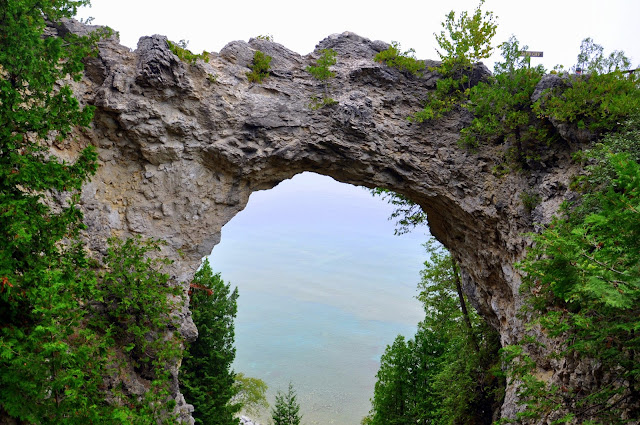 Mackinac Island was formed as the glaciers of the last ice age began to melt around 13,000 BC. The melting glaciers formed the Great Lakes, and the receding lakewaters eroded the limestone bedrock, forming the island's steep cliffs and rock formations. The limestone formations are still part of the island's appeal. One of the most popular geologic formations is Arch Rock, a natural limestone arch. 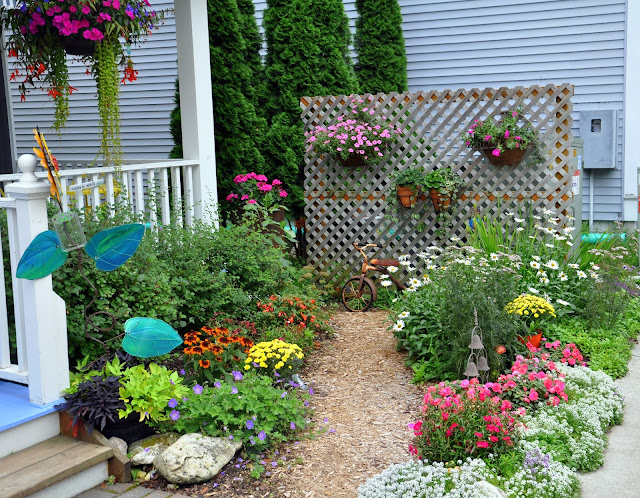 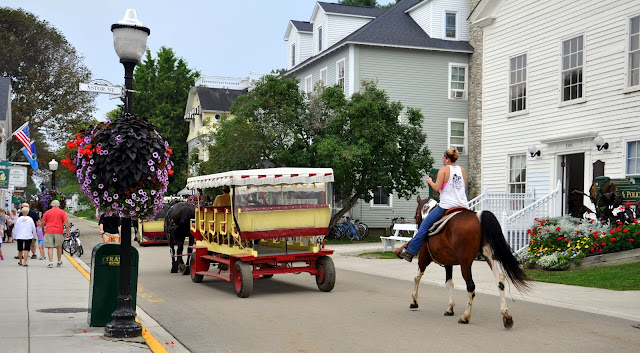 Getting there: Several ferries run to Mackinac Island from St Ignace, on the UP just north of Mackinac Bridge, or from Mackinaw City.