Marsh of the Blueberries and More to See in Michigan's UP

This is the second of five posts about our late summer trip to Mackinaw City and Michigan's upper peninsula; we visited the area after bringing my son up to college in Michigan.

We were impressed with how much there is to see and do in Michigan's upper peninsula and just how lovely it is. What was so very cool to us East Coasters were the numerous bald eagles we saw from the road, much like we'd spot hawks or black birds from the road back home in Maryland. Unfortunately, we only had one day to spend there, but we plan to return again. 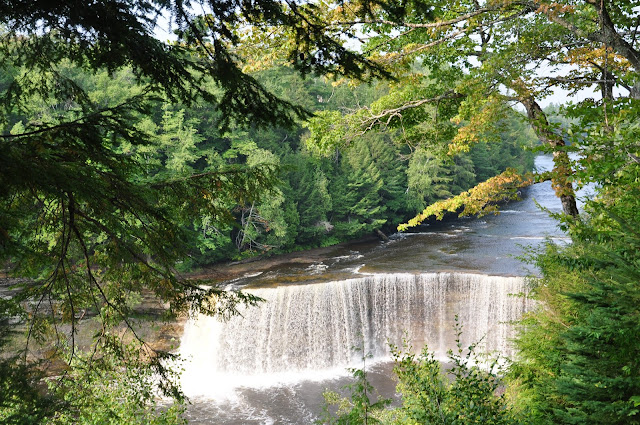 Our first stop was Tahquamemon Falls, in the aptly named Tahquamemon Falls State Park.
This is a must-see! Located in the eastern half of the UP, it reminded me of the Horseshoe Niagara Falls, just a bit smaller, but no less spectacular. The park offers a pleasant walk from the parking lot down to the falls. The Upper Falls is one the largest waterfalls east of the Mississippi, and is the center piece of the park. The Upper Falls has a drop of nearly 50 feet and is more than 200 feet across. Tahquamenon Falls is also called "Rootbeer Falls" because of its golden-brown color,caused by tannins from cedar swamps that drain into the river. 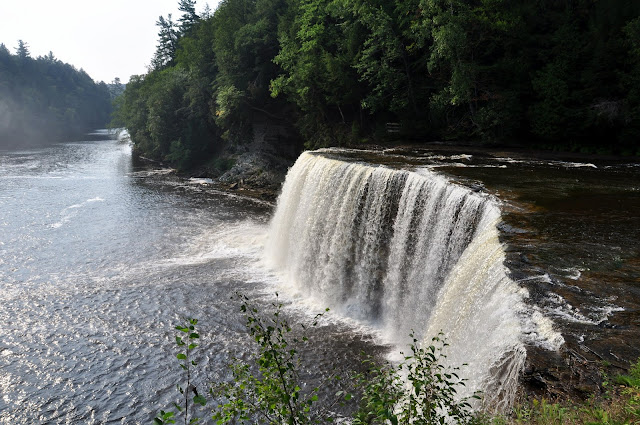 Although the real meaning of "Tahquamenon" has become lost over the years, it's variously been suggested that it means the "River of the Head Winds," because they bucked the wind on the lower river no matter what direction they were paddling; the "River of a Hundred Bends"; or the "river up against a hill" or "lost river island" or "river with an island part way"; and even ""Marsh of the blueberries," which is my favorite. 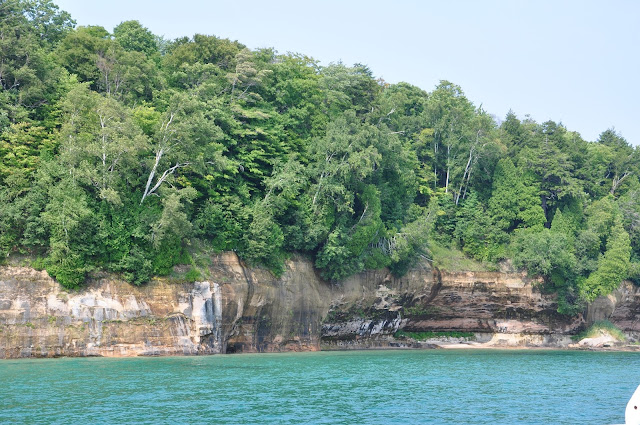 After seeing the falls, we headed out for the shipwreck tour, which we covered in the previous post. After the boat ride, we headed over to see Pictured Rocks and Miner's Castle.

Native Americans have lived in the area of Pictured Rocks for thousands of years. Rising some 200 feet above Lake Superior in some places, the cliffs, gorgeous in their many hues of mineral stained rock, held great spiritual significance for Native Americans. Miners Castle, which rises just 75 feet above the surface of the lake, itself was first named in 1771, but only entered white America's consciousness in 1855 when Henry Wadsworth Longfellow wrote his epic poem, "Song of Hiawatha." It was an interesting feeling as looked at it, appreciating that our fascination only joined the long stream of sightseers over the millennia.

What I didn't expect is that Lake Superior's water would look like a tropical sea, very turquoisy and lovely. I guess I'd expected dingy, muddied water, much like what flows unfortunately in the Chesapeake Bay.

We only spent a rushed day exploring Michigan's UP. We only got a glimpse of the beauty and wonder of the area, and we hope to return again next year to explore some more!

Tip: There are several boat tours of the Pictured Rocks, which is one of the best ways to appreciate their beauty. 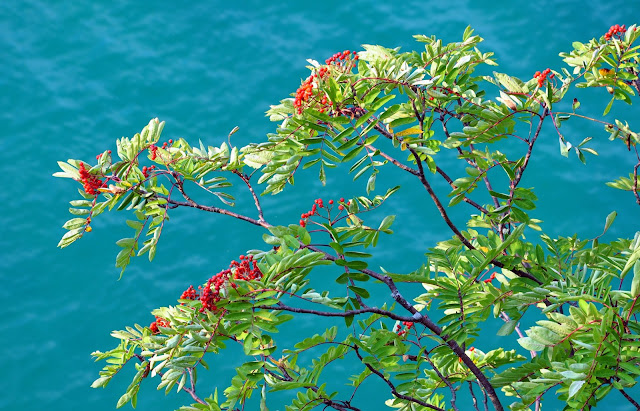