Romance on the Rails

My husband suggested a romantic evening on Saturday, 13 February. He started describing the evening. 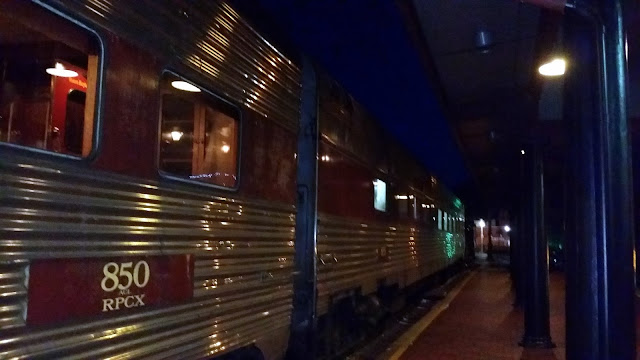 He had me at "train ride." But it kept getting better and better. A four-course, romantic meal in one of Western Maryland Scenic Railroad's restored dining cars, a complimentary bottle of wine, and a kidless evening out... 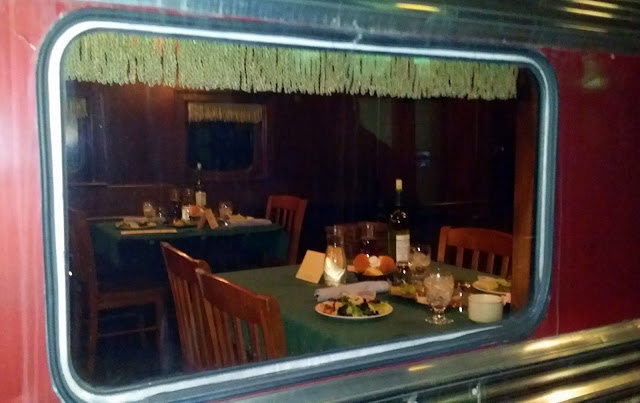 We arrived in Cumberland in plenty of time for the 7 pm train, boarding about 15 minutes before 7. A fully set table greeted all the first-class service guests, with a cheese tray, bread, and a bottle of wine waiting for us. 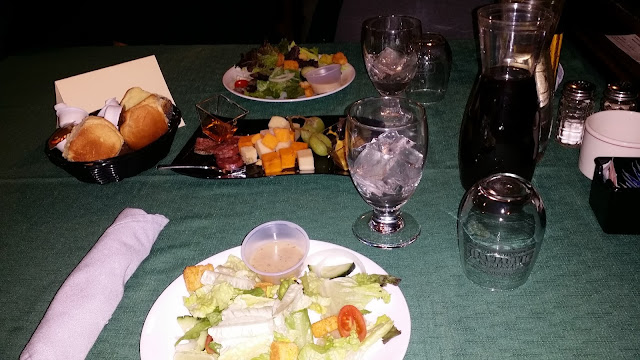 As the train rumbled to a start, the servers began serving our salads -- a traditional lettuce salad. Soon, those plates were cleared, and they began serving the main entrees -- a choice of chicken, salmon, or prime rib (which we pre-ordered). Because it was dark already, we didn't get to enjoy the scenery outside, but that didn't detract from the ride. The dinner and the company was the point of the train ride. 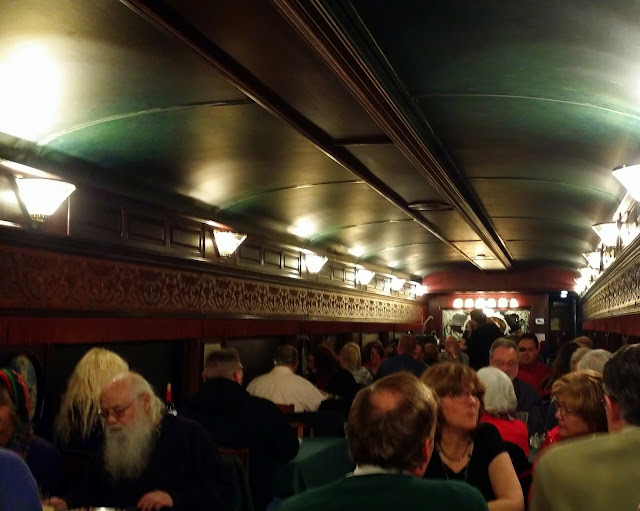 The train ride began at the historic Western Maryland Railway Station in Cumberland. We traveled west from downtown Cumberland, through a natural cut in the mountains, around a horseshoe curve, over bridges, and through a tunnel. We rode past scenic ridges, valleys, and small towns, ascending 1,300 feet in elevation to Frostburg. Of course, you can't see much of the scenery if you go in the evening ride during winter. 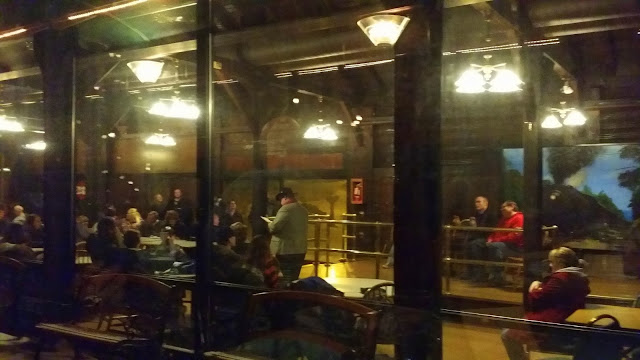 After 90 minutes or so, we pulled into Frostburg, for our layover (in which the engine is brought around to the other end of the train for the ride back). During the layover in Frostburg, they gathered in the Frostburg station, and played a WMSR version of the Newlywed Game. But true confession: I preferred to stay in the relative warmth of the dining car (it was one of the coldest days of the winter so far), so I stayed on board. We enjoyed having the dining car almost to ourselves!

On the way back, we enjoyed dessert -- a simple slice of cheese cake topped with strawberries.

Getting there: 13 Canal Street, Cumberland, MD 21502, most easily reached via Interstate 68. Cumberland is centrally located from nearby metro areas, about 2 and a half hours from Baltimore, Washington and Pittsburgh. 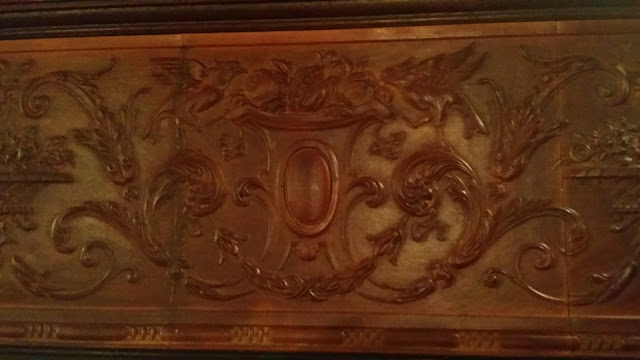