Two Lakes, a Bridge, a Fort, and a Park

Focusing on Mackinaw City, MI, this is the third of five posts about our late summer trip to Mackinaw City and Michigan's upper peninsula; we visited the area after bringing my son up to college in Michigan.

If you drive to the top of Michigan's lower peninsula, you will arrive at Mackinaw City, which lies along the southern shore of the Straits of Mackinac. Across the straits and connected by the Mackinac Bridge lies the state's Upper Peninsula.

The first European to pass the site of Mackinaw City was Jean Nicolet, sent out from Quebec City by Samuel Champlain in 1633 to explore and map the western Great Lakes, and to establish new contacts and trading partnerships with the Indian tribes of the region. The area was inhabited by three Algonquian peoples, known collectively as the Council of Three Fires: Chippewa (Ojibwe in Canada), Ottawa (Odawa), and Potawatomi. These tribes had long frequented the area of the Straits to fish, hunt, trade, and worship.

Europeans first settled the area in 1715 when the French built Fort Michilimackinac. During the French and Indian War they lost it to the British, who themselves subsequently abandoned the fort in 1783, retreating to Fort Mackinac on Mackinac Island after the American Revolutionary War resulted in the independence of the United States of America. The reconstructed fort in present-day Mackinaw City is a National Historic Landmark and is now preserved as an open-air historical museum. Even after the British took possession of the fort, French civilians were allowed to live within the walls, as they had good relations with the Odawa and Ojibwe for the fur trade. As a part of Pontiac's Rebellion, Chippewa and Fox warriors captured the fort on June 2, 1763 in a surprise attack during a game of baggatiway or lacrosse; the British at the fort were taken prisoner and mostly killed. 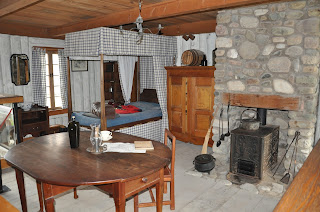 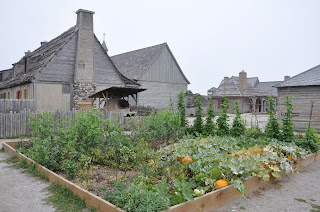 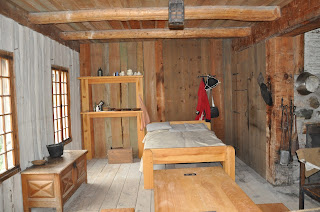 It was months before Europeans returned to the fort. When they did, the traders promised to trade more fairly with the Native Americans. When the British later abandoned the vulnerable site on the mainland, they burned what they could not take with them to prevent the Americans from using Michilimackinac as a base.

Machinaw City really got its start in 1857, when two men planned what would become Mackinaw City. The plan preserved the northern portion as a park, to preserve the area that was once Fort Michilimackinac and to accommodate a much-needed and future lighthouse. Now the town caters to tourists visiting the area, with a variety of gift shops and restaurants. In addition, there are two lighthouses to see in town, but more on those in the next post about this trip! 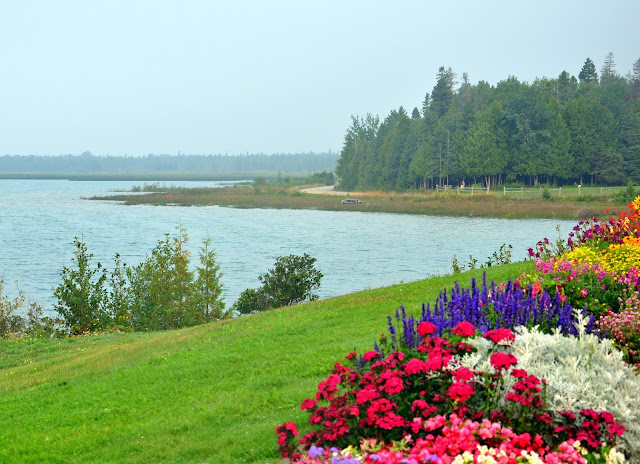