I am constantly amazed at how little I know of several important battles. I must have slept during U.S. history class -- a fact that makes me sad now. Although in my defense, my teacher's loyalties still remained with the Lost Cause, so perhaps I can be excused from not knowing much about battles where the Union could claim victory, such as the Battle of Cedar Creek, sometimes referred to as the Battle of Belle Grove, fought October 19, 1864 in and around the hamlet of Middletown, VA.

This was the culminating, albeit confusing, battle of the Valley Campaigns of 1864 during the Civil War. According to Joseph W.A Whitehorne in his Self-Guided Tour, the Battle of Cedar Creek, the battle provides "lessons in leadership, command, cohesion, ... and the performance of men under stress" have a "lasting value" to all students of the Civil War.


In a nutshell, the battle can be viewed as unfolding in four phases, Whitehorne notes.


Confederate Lt. Gen. Jubal Early launched a surprise attack against the encamped army of Union Maj. Gen. Philip Sheridan, across Cedar Creek, northeast of Strasburg, VA. During the morning fighting, seven Union infantry divisions were forced to fall back and lost numerous prisoners and cannons. It looked like it would be a Confederate victory -- and one that was badly needed. 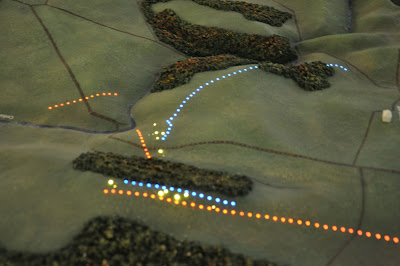 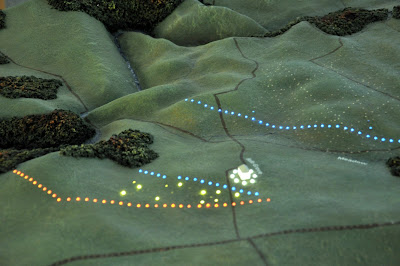 But Early failed to continue his attack north of Middletown, and Sheridan, dramatically riding to the battlefield from Winchester, rallied his dispirited troops to hold a new defensive line. A Union counterattack that afternoon routed Early's army, undoing all their gains and giving the Union a significant victory -- and one that Lincoln needed a couple of weeks before the presidential elections.


With this battle, the final Confederate invasion of the North was effectively ended. The Confederacy was never again able to threaten Washington, D.C. through the Shenandoah Valley, nor protect one of its key economic bases in Virginia -- the "bread basket" of the Shenandoah Valley. Because of the Union army's "Burning" campaign destroyed the valley's food sources, making it impossible for the Confederates to feed themselves. The stunning Union victory helped re-elect Lincoln and won Sheridan lasting fame. Six months later, the Civil War was over.


You'd think the site of a battle this important would have been carefully preserved, but you'd have thought wrong, although there were several disjointed efforts ongoing by the time the National Park Service arrived. The site only became an NPS historic site in 2002 -- and of the 3 thousand or so acres that now form the park, the NPS only controls about 90 (noted the NPS park ranger), although a handful of local organizations, including Belle Grove, Inc.; the National Trust for Historic Preservation; Cedar Creek Battlefield Foundation; Shenandoah County; and the Shenandoah Valley Battlefields Foundation, helped preserve it. Now all these organizations work together to preserve and share the historic significance of this former battlefield.

So what can you expect if you visit the park? First off, it's not a park like Gettysburg or Antietam national battlefields. There aren't many monuments marking the ebb and flow of the battles and skirmishes, although three do exist: two dedicated to the soldiers from Vermont and New York, and one to Confederate General Stephen Ramseur.

There is a driving tour, but the directions are confusing and to get it you have to purchase a 6$ brochure, but it's worth it if you have a passenger in the car to help you navigate (I didn't). The stops are not numbered with plagues onsite, although the NPS park ranger noted that the park, in the conglomerate sense, is working to change that and make it more like other national battlefields. The NPS visitors center is itself in a corner of a strip mall, but worth the visit. The driving tour brochure can be found at the Belle Grove Visitors Center, which also offers a huge selection of period clothing for re-enactors. I was so tempted to try on a lovely hooped gown.

If you visit during the winter months, as I did, Belle Grove Plantation will be closed -- as explained to me, it's simply too expensive to keep heated during the winter months. (So yes, I will have to return some time in the future to tour it, but after March 19, when it officially opens for the year.) Belle Grove, in addition to being built by Virginia's aristocracy (a brother of James Madison), served as headquarters for the Union just before the battle, although Confederate sources surged around it and reclaimed it for the South, before losing it again when Union forces ended up with their unexpected victory.

Know before you go: This would pair well with a visit to the New Market National Battlefield (coming next week).

Getting there: The NPS Visitor Center is located at 7712 Main Street (U.S. 11), Middletown, VA. Look for it in the corner of a strip mall.

Dogs: Not really any place to walk them.

Have you daytripped somewhere interesting? I'd love to hear what you're doing! Email [email protected] if you're interested in being a guest-blogger!
Posted by Jody Arneson at 5:47 PM