Natural Chimneys, limestone rock formations standing an impressive 120 feet above the ground, have intrigued our imaginations for centuries. Thus on a recent visit to Harrisonburg, VA, I traveled some 15 miles southwest of the home of James Madison University to visit the regional park where Natural Chimneys is located. 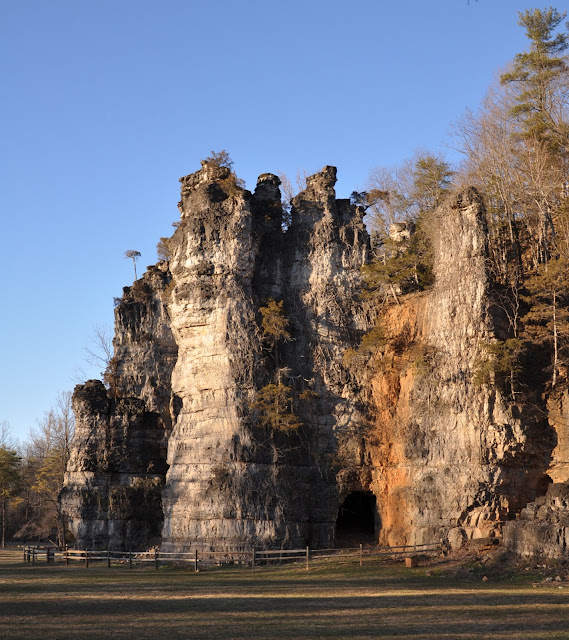 I prefer an old, 1800s Romantic era name for them that's now out of fashion -- the Cyclopean Towers. Locals referred to them as Natural Chimneys, however, and the local name won out. Now, a county park, located near Mt. Solon in Augusta County, VA, at the bottom of the Shenandoah Valley, protects and preserves these geological wonders, not far from the banks of the North River.

These rock formations are so old they make the Appalachian Mountains seem young. And they remind us mere humans that we are here on this precious earth a mere speck of time.

The rock "chimneys" formed from limestone that began to accumulate and harden into stone about 500 million years ago in the Paleozoic Era, when the region was underwater. Molten lava, under tremendous pressure, forced its way through two limestone layers, creating a distinctive reddish layer; the source of the lava was about 10 miles away from the chimneys. 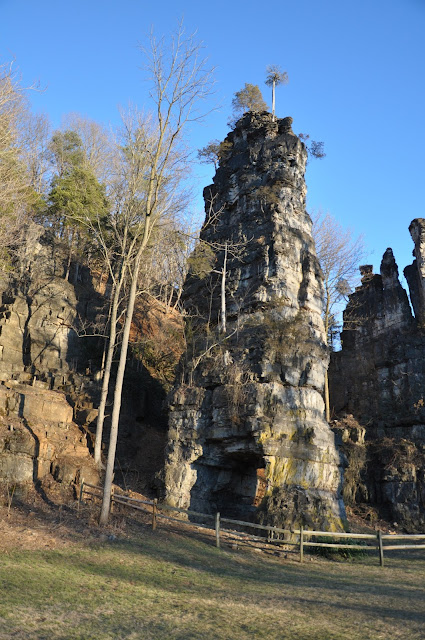 Over time, enormous upward pressures of magma and widespread geologic upheaval, which created the Appalachian Mountains -- themselves incredibly ancient -- combined with erosive forces of water and destroyed weaker layers of stone. Eventually, this created the rock chimneys as seen today. 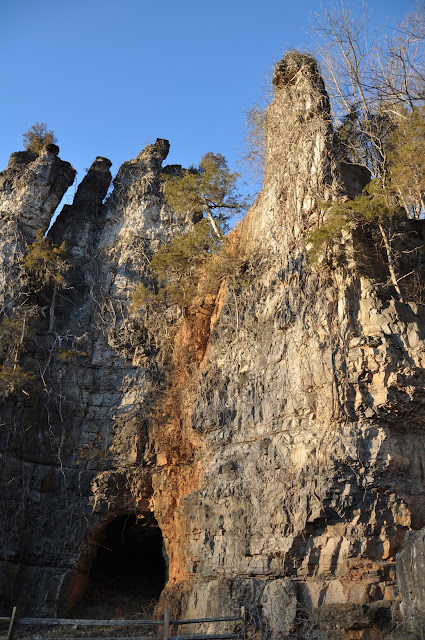 The tunnels and caves at the base of the chimneys are remnants of sinkholes and caves that once laced the limestone layers of this area; in fact, not too far away are several commercial caverns, including Luray, Shenandoah, and the Endless Caverns. One sign in the park described Natural Chimneys as being the remnants, now above ground, of an underground cavern system. 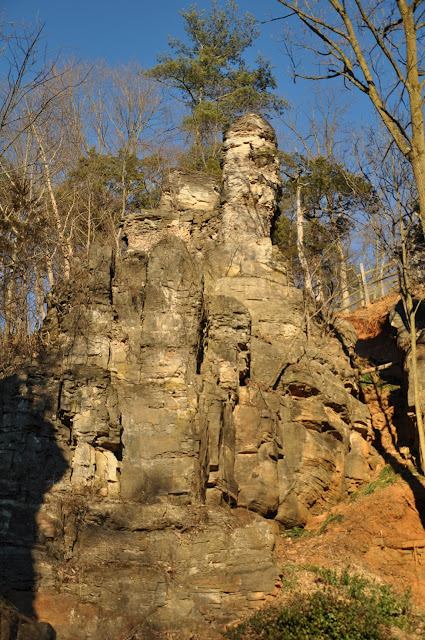 There is a very short -- just a half mile round trip -- but steep hike to an overlook above the chimneys. Worth taking for the view of the mountains in the distance, especially near sunset, but also cool to see the towers from above.

There isn't much to do at the park, other than perhaps enjoy a picnic, but it's worth visiting simply because of the lovely Shenandoah Valley countryside that you drive to from Route 81. If you're into camping, the park offers a number of camping sites, with running water and bathroom facilities. The park is about 15 minutes away from Harrisonburg and the James Madison University and just over 2 hours away from Washington DC. 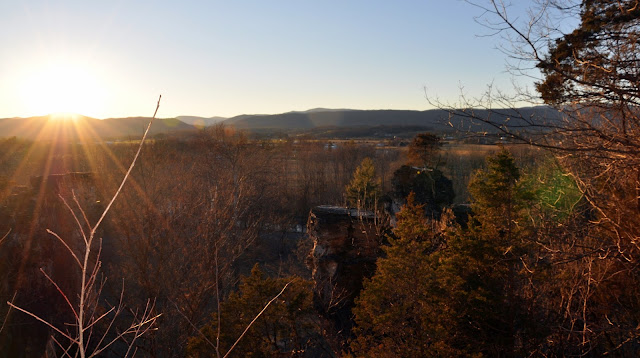 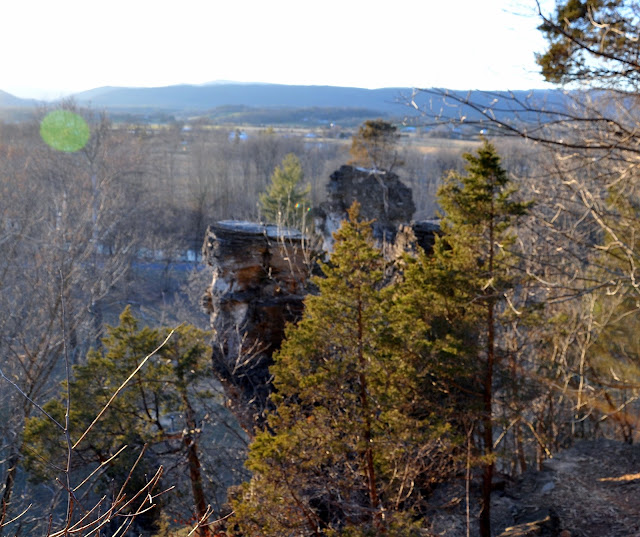