You don't have to be a huge history buff to be interested in exploring some of the places that figure in the plot to assassinate President Abraham Lincoln. If you haven't traveled down to Washington DC to see Fords Theater and the little house across the street where Lincoln died, you really should try to do so. But there are some interesting places connected to the conspiracy to assassinate a President outside of DC that can provide us some insight into the lives and perspectives of the conspirators.

One such place is Surratt's Tavern. Mary Surratt is an interesting and not entirely unsympathetic figure in Maryland and national history. She had a hard life, and a horrible and possibly undeserved death. She was a woman of her times - by all accounts a strong-willed woman, smart enough to run several businesses, with definite opinions and an allegiance to a failed cause. She had a drunkard for a husband and a son who ran to Canada and left her to hang for their crimes (he was later acquitted). 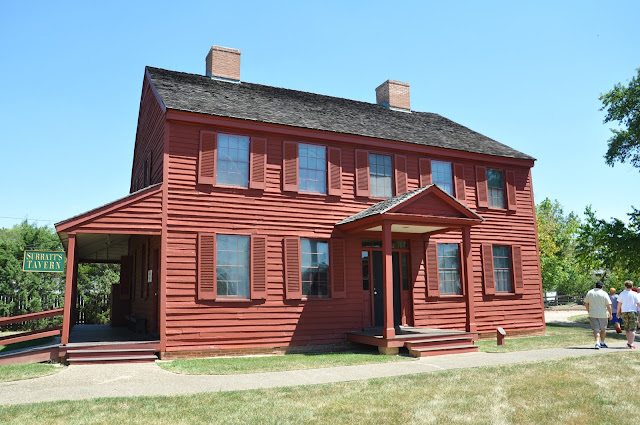 Mary was born in either 1820 or 1823 in what is now Clinton, MD. Her family owned a tobacco plantation. Although protestants, they sent her to the Academy for Young Ladies, a private Catholic academy in Alexandria, VA. She converted to Catholicism and remained so for the rest of her life. She met John Harrison Surratt in 1839, when she was 16 or 19 and he was 26.

John's adoptive family was a wealthy couple who owned a farm, part of which he inherited. They had everything going for them: education, property, money. The couple married in 1840 and over the next 4 years, their three children were born, including John Jr in 1844. Despite all this, as well as additional property from John's adoptive parents, which helped start some joint business ventures, John's behavior deteriorated after 1845. He drank heavily, often failed to pay his debts, and his temper was increasingly volatile and violent.

For years she and her husband ran a tavern in what was then known as Surrattsville, as well as ran several other businesses -- in fact, at times they did quite well. Well enough, in fact, that all three children were sent to private Catholic boarding schools. In the tavern was the local post office. They sold tobacco in addition to spirits. For 50 cents you could have dinner; another 25 cents space on a shared bed if you were a traveler and needed to stay the night. The house and tavern (the tavern was a room in the house) stood on a 300-acre farm; a handful of slaves helped run the farm, and one, "Aunt Rachel," worked in the kitchen.

In the 1850s however, their debts mounted, and they gradually sold off most of their land to pay the debts. John's drinking got worse. When the Civil War started, Maryland, of course, remained part of the United States ("the Union"), but the Surratts were Confederate sympathizers and their tavern regularly hosted fellow sympathizers and the tavern was even used as a safe house for Confederate spies. Mary was no dumb bunny: it's hard to explain how she could NOT have known all this.

Days after Lincoln's inauguration, eldest son Isaac left Maryland and traveled to Texas, where he enlisted in the Confederate States Army. John soon died, probably of a stroke. With the family facing some serious financial difficulties, John Jr and daughter Ann quit their studies to help their mother, although John Jr didn't help so much since he opted to become a courier for the Confederates, moving messages, cash, and contraband back and forth across enemy lines. The Confederate activities in and around Surrattsville drew the attention of the Union government. In late 1861, the Union Intelligence Service and 300 Union soldiers camped in Surrattsville and investigated the Surratts and others for Confederate activities. 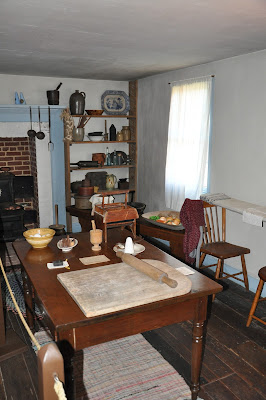 By 1864, Mary was tired of running the farm and the businesses essentially on her own. Debt was still accumulating and remaining slaves had escaped. She looked to their house in Washington DC and decided to take in boarders there. But this move doesn't make sense: she had to furnish the house and go through the expense of the move at a time she could little afford either. Some scholars have concluded she moved there to aid in her and her son's espionage activities.

Just before Christmas 1864, Dr. Samuel Mudd introduced John Jr. to John Wilkes Booth, who then recruited John Jr. into his conspiracy to kidnap Abraham Lincoln. Confederate agents began frequenting the boarding house. Several of the conspirators roomed at the boarding house, and Booth visited many times over the next few months, sometimes at Mary Surratt's request. At the very least, she was guilty by association, although that isn't necessarily a hanging offense.

After the assassination, Mary was arrested and charged with abetting, aiding, concealing, counseling, and harboring her co-defendants. She was found guilty, primarily on the basis of circumstantial evidence, and hanged with the other conspirators, minus her son John Jr, who was in Canada, on 7 July. She was the first woman executed by the United States. Years later, John Jr was apprehended and tried, but by that time emotions had settled, and he was acquitted. I feel sure that had he been apprehended when his mother was, he also would have been found guilty and hanged.

Surratt's Tavern is an interesting tour because you can really get a sense of how the family lived. Part of the house served as the tavern and post office, and there was a public dining room, as well as a private family dining room, which, though smaller, was the more elegant of the two. Downstairs, there is a clear delineation between the public and private spaces. Upstairs, a bedroom was dedicated for those who needed to stay the night, just across the hall from and adjacent to the family's bedrooms.

I've toured the house museum twice: the first time I was struck most by the kitchen, and how hard it was to have made those meals and essentially run the household from the kitchen space -- back breaking work for both Aunt Rachel, Mary and her daughter. On the second visit, I was struck by the dual dining rooms, and the difference in the spaces, how they were decorated, how Mary must have struggled to maintain order and elegance in the family's private dining room.

If you ask the docents what they think about Mary Surratt, whether she was truly guilty, they will dissemble. The Surratt Society's official position, at least as far as tours of Surratt's Tavern are concerned, is that it is up to you, the tourist, to decide. They share the basic facts of her life, answer questions as they come up if there's historical record, and leave it at that.

Visiting there, you'll also hear the story of slavery in Maryland, hear Aunt Rachel's story, and get to see the attic room where she slept,

Dogs: Silly question, of course not!

If you enjoy this blog, please share it with your friends!
Posted by Jody Arneson at 5:22 PM