6. Cape May Lighthouse: this lighthouse is both lovely from a distance (from the Cape May, NJ boardwalk) or up close. It's also worth climbing to the top for the views of the surrounding wildlife refuge and shoreline. Bonus: you can also explore Cape May, NJ, as well -- such a lovely little town!

5. From the water or by land, the Chesapeake Bay's Cove Point Lighthouse is picturesque and lovely. What's even cooler is you can rent it out and stay there for a few nights or a week! (Yes, you know I want to do that!!) 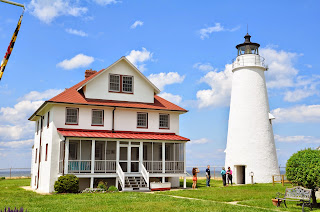 4. Thomas Shoal Lighthouse: Sitting just outside of Annapolis in the Chesapeake Bay, this is Maryland's most photographed lighthouse. It just sits there and looks pretty. This screwpile lighthouse is picturesque both inside and out! It's currently being restored to its former glory, and I look forward to returning to see it in a few years, completely restored. Periodically, you can find boat tours sponsored by the U.S. Lighthouse Society that will take you out to it and for a tour of the inside. 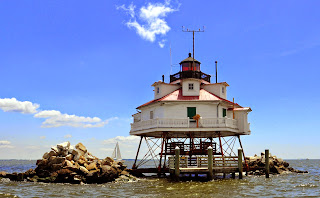 3. Delaware Bay's Miah Maull Lighthouse -- This is a favorite more for its story than for its looks. It's named for a man, Jeremiah Maull, who lost his life on the very shoal the lighthouse now marks. He was a Delaware Bay ships pilot expert in the bay's channels and hazards. He perished, ironically, while aboard a ship as a passenger, not as the pilot. He was honored by having a lighthouse erected on the shoal where he died. 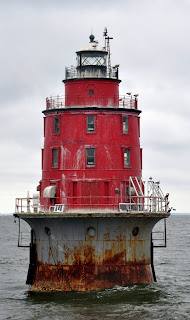 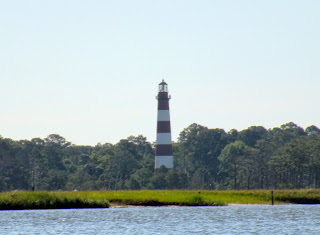 1. Sharpes Island Light House --You have to see it by boat, but this one is a favorite because it's all askew -- and I totally sympathize! It's Maryland's very own leaning Tower of Piza. Apparently ice-flows almost knocked it over in the 1970s and it's been tilted ever since. 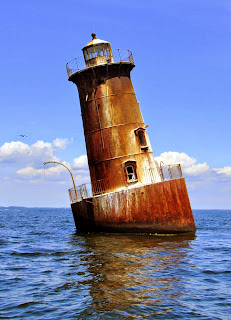 Have you daytripped somewhere interesting? I'd love to hear what you're doing! Email [email protected] if you're interested in being a guest-blogger!
Posted by Jody Arneson at 2:20 PM