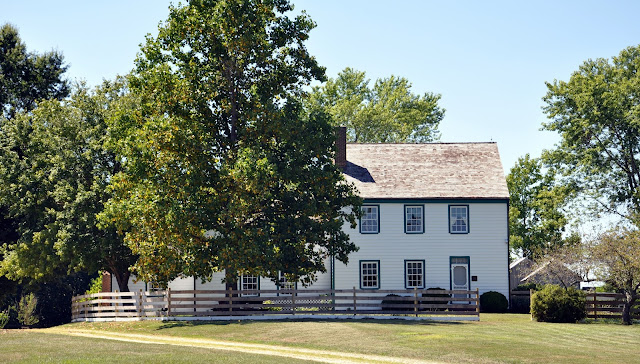 Dr. Samuel Mudd was a lucky man: he missed swinging on the gallows by one jury vote, although he was sent to Fort Jefferson, in the Dry Tortugas, for over 3 years. The jury pivoted on a key fact: whether he knew the man he treated that dark and stormy night in April was John Wilkes Booth. The defense claimed he didn't. The defense also claimed Dr. Mudd barely knew Booth. 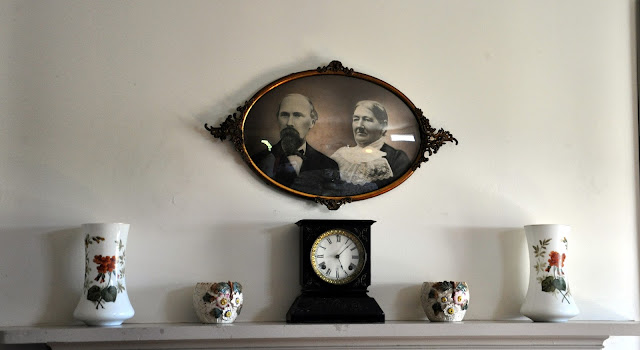 But Dr. Mudd later admitted he had, well after he had received his presidential pardon, and had returned to his farm and medical practice in Waldorf. 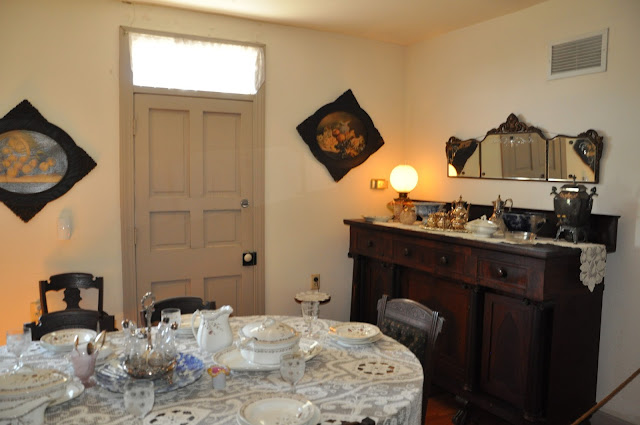 The Dr. Mudd house is entirely furnished with family pieces -- this because the home has never left the family before it was turned into a house museum in the late 1970s. All the furnishings were either authentic to the years when Dr. Mudd and his immediate offspring lived there or are Mudd family pieces. 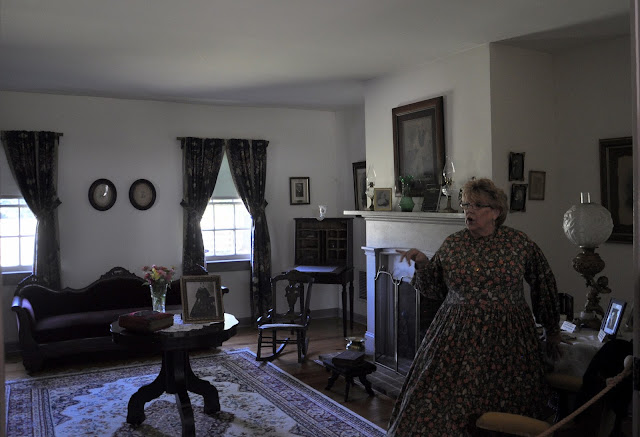 The couch where Mudd had examined Booth is still in place in the parlor. 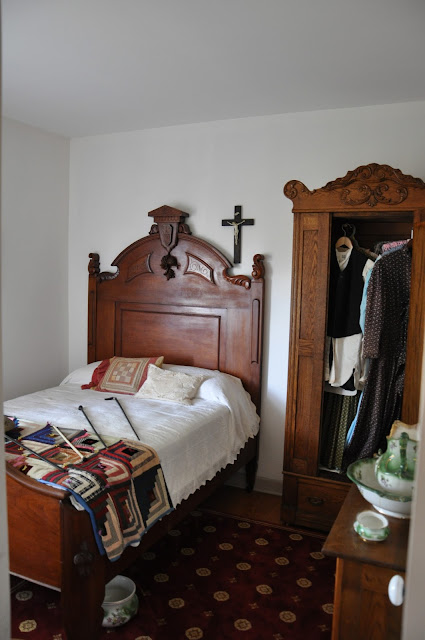 I like this house. It's layout is a little different than traditional center-hall colonial homes. It's obvious that Dr Mudd adjusted the floor plans to accommodate his profession: his bedroom is small, and opens just off of the dining room. When Dr Mudd was in active practice, people knew to come up to the back bedroom window and knock on it. He could then get up, dress, and leave the house to make the house call without disrupting the rest of the family.

A number of Dr. Mudd artifacts are displayed in a case in the upstairs hallway, mostly carvings and artwork he made during his interment at Fort Jefferson. Our guide talked quite openly about his involvement, and hence, guilt in the conspiracy, and the fact that he was lucky to have avoided the same fate that Mary Surratt met. I'd met this docent before, in fact, at the Booth Symposium I'd attended with my sister and friend earlier in the month, and had been impressed by how much she knew about the Booth family! 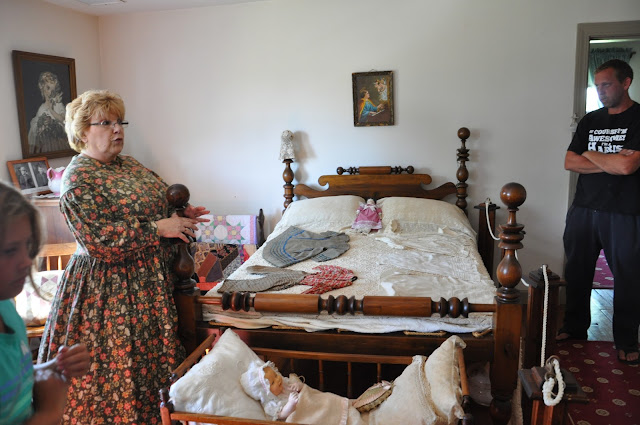 The house is reputedly haunted and has been featured on Ghost Hunters, and I think some other similar shows, but during the tour I avoided asking about possible haunts, and prayed that the other couple on the tour wouldn't think to ask either. I've learned from experience that a discussion about resident ghosts can totally derail a museum house tour. and I wasn't there for the ghosts: I was there for the history. 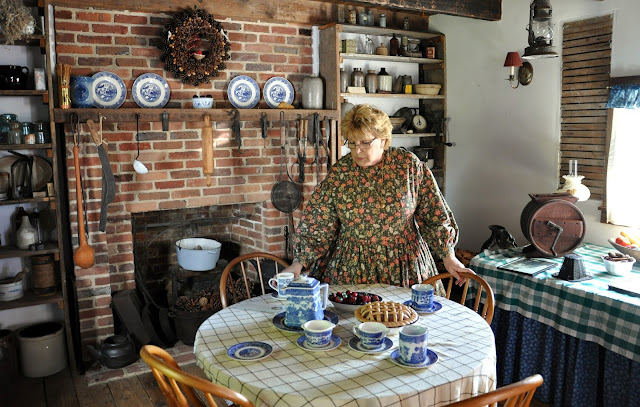 What's so cool about both Surratt's Tavern and the Dr. Samuel Mudd House is that both places are Maryland history AND part of our national historical record. Following the Lincoln assassination conspiracy and Booth's desperate dash that dark and stormy night leads straight into Southern Maryland, and into a time when the state was divided with itself.