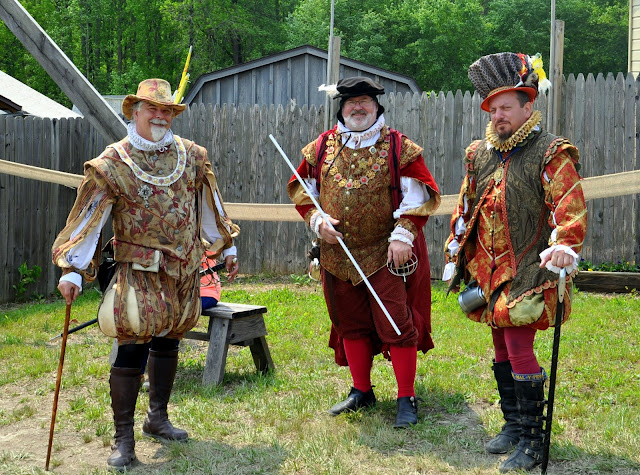 Looking for something a little different to do for Mother's Day, we found ourselves headed to the Virginia Renaissance Faire, at the Lake Anna Winery in Spotsylvania. 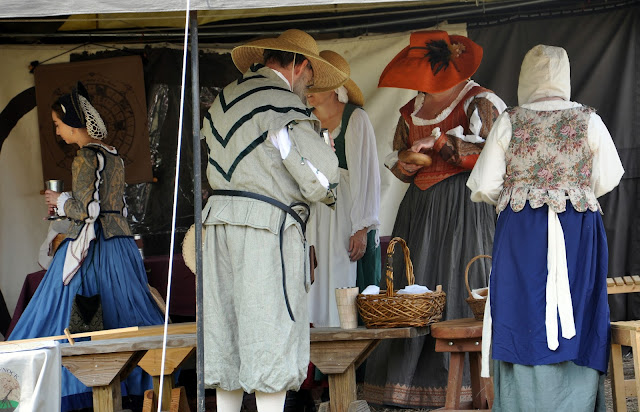 It's cozier, more intimate than at least two of its cousins to the north: the Maryland Renaissance Festival, in Crownsville, and the Pennsylvania Renaissance Faire at the Mount Hope Estate Winery in Manheim. At Lake Anna Winery, the actors, dressed to the nines in exquisite period garb, also seemed friendlier and more chatty than at the Maryland events, although that could be a by product of the less crowded setting. Overall, we thought it had the nicer atmosphere. 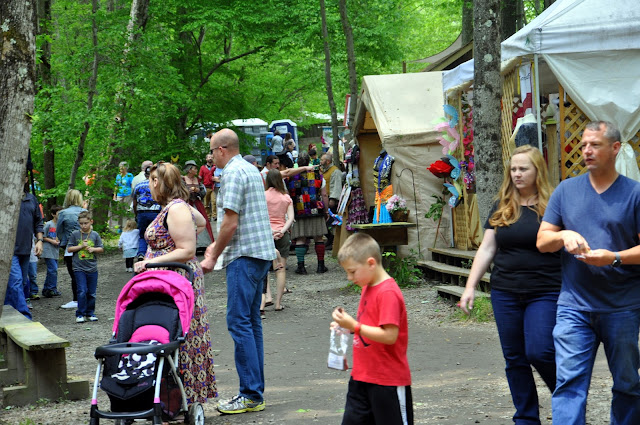 Shorter lines, fewer crowds, perfect weather -- it was a fun choice for a weekend day! 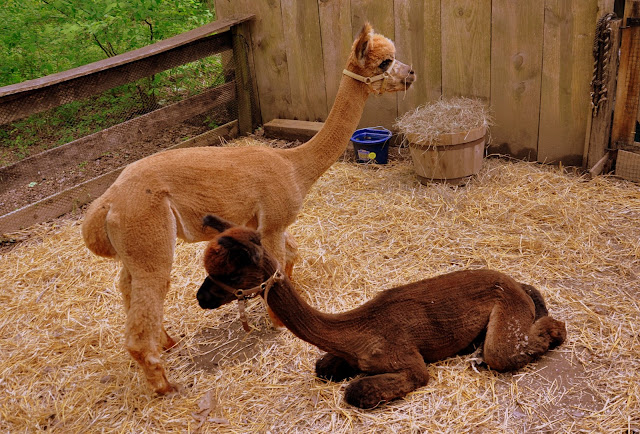 Despite the standout steam punk (which is more closely related to the Victorian-era run amok) mom and daughter duo, and two individuals dressed up as characters from Stargate -- I guess they were on a mission to explore a new world -- the attendees were costumed more in the spirit, if not the letter, of the renaissance. There were little girl fairies and princesses, too, and that was really fun to see, and as well as many little boys dressed up as pirates or waifs. There was less of the goth/fairy/S&M/black sparkly faux medieval witch thing going on, and to my 14-year-old's disappointment, significantly less boobalicious than the other two festivals; oddly exaggerated cod pieces were also noticeable by their absence. I believe it's more family friendly than the Maryland one, which towards the late afternoon starts picking up the vibe of a seedy, run-down bar. 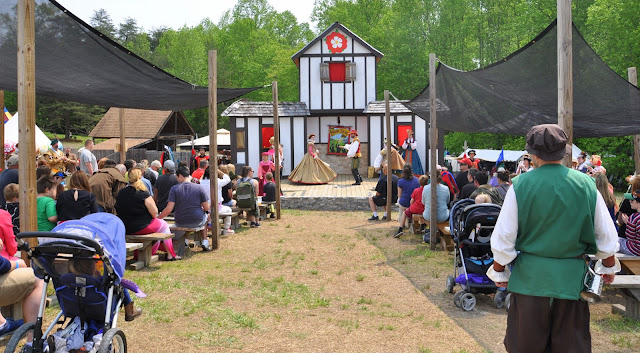 For lunch we had our choice from among chicken curry, kabobs, Italian sausage, and of course, turkey legs. The typical Renaissance fair speared food items, such as pickles on a stick, cheesecake on a stick were there, of course. But the nut and pretzel peddlers didn't rove around hawking their wares. It's less expensive than the other, splashier fairs -- sodas and water cost just a dollar, and it was my sense that the food was a little less expensive as well. 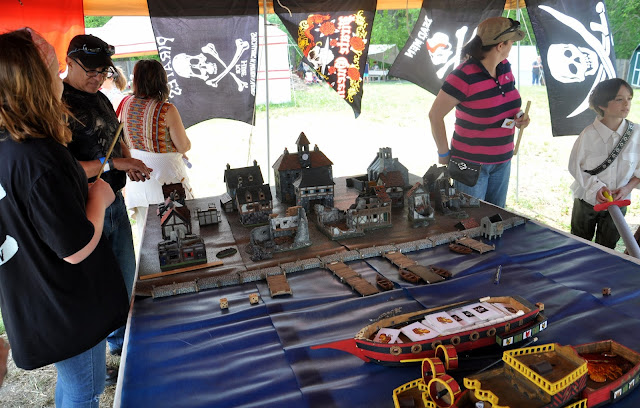 We enjoyed a tabletop game, driven by cards and dice, called Pirate Raiders. There were blacksmith demonstrations; an explanation of herbal medicine through the ages as well as wool dying and medieval cookery; a variety of craft, artist, and drygoods vendors; and games, from a dunk tank to knife throwing. 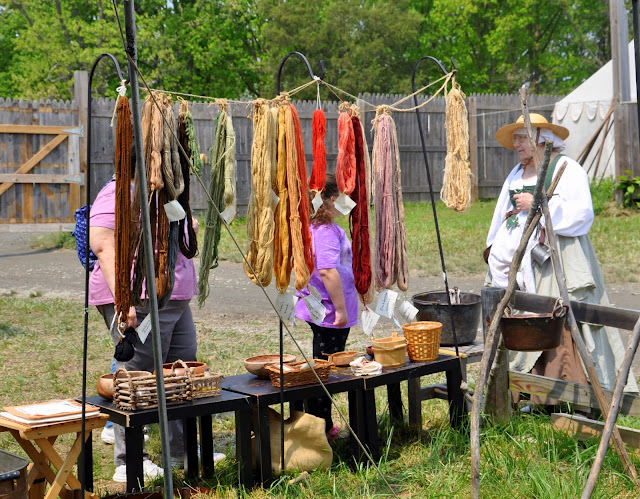 There was a may pole dance, an enjoyable spectacle while eating lunch -- and the little kids certainly enjoyed participating! In addition to jousting (which was not on the scale of the Maryland festival), there was also an archery tournament, a militia muster in which participants were taught basic moves involving spears and which involved much laughing, and a knighting ceremony and Queen's court. 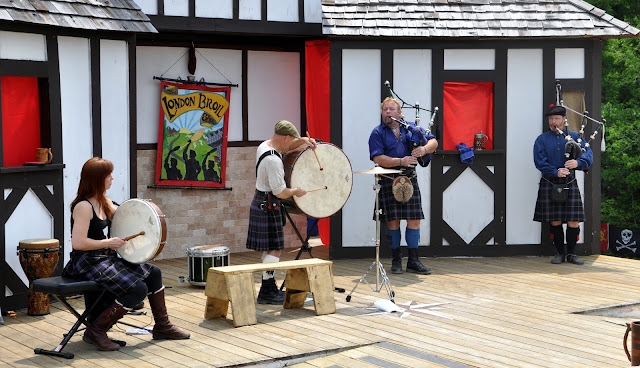 Big names such as the Rogues were on the main stage, but there were performances on the other three stages running constantly. 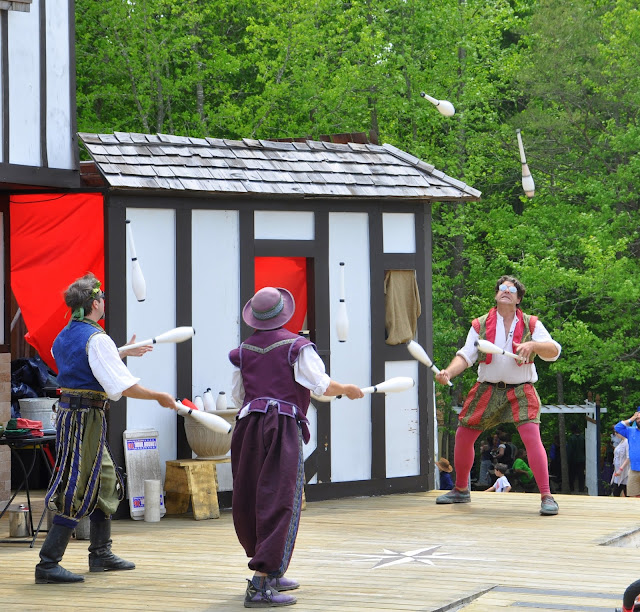 There's something for everyone at the Virginia Ren Faire. It's a great way to while away a spring afternoon in the Viriginia countryside.

Hours: The Virginia Renaissance Fair runs every weekend through 5 June, 10 a.m. to 5 p.m.

Dogs: There was a tent exhibit of rescued greyhounds and a couple other dogs in the fair, but I'm not sure if they were special for some reason, so call first to ensure Fido is welcomed. 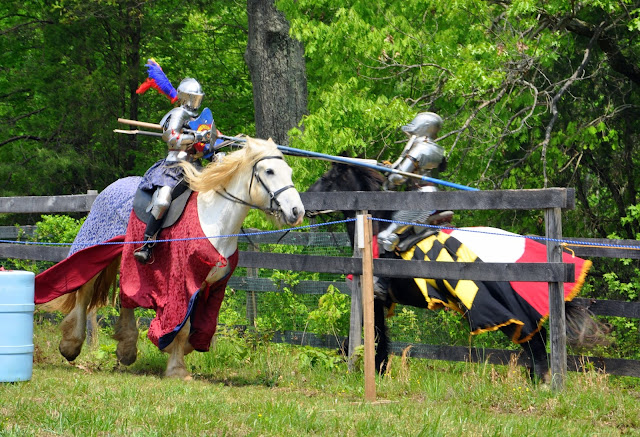 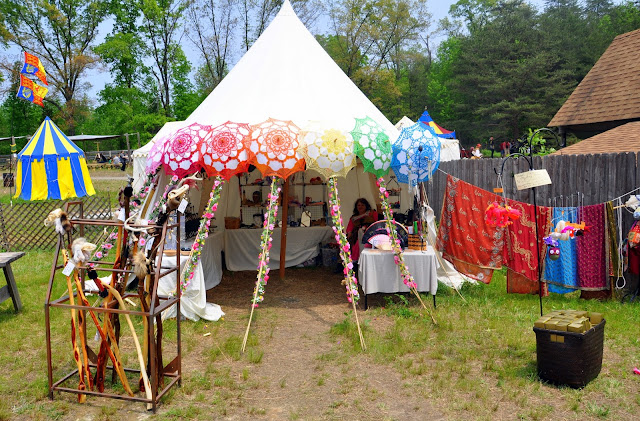