"....a few more Sailor's Creeks and it will all be over." -- Confederate General Lee to President Jefferson Davis, April 6, 1865

The Sailors Creek Battles occurred after the fall of Richmond and Petersburg, on April 6 1865. Following the fall of Richmond and Petersburg, Gen. Robert E. Lee's primary objective was to get his army into North Carolina and unite with Gen. Joseph E. Johnston's Confederate force there. Rain-swollen rivers and mislaid food stores delayed Lee's army and allowed the Union troops to gain ground, and they were able to get in the road between Lee and North Carolina, forcing Lee to order his troops to move west to circumvent the Union block. That order set in motion the series of events leading to Sailors Creek, and ultimately to the end of the Civil War.

While often thought of as a single engagement, three distinct actions make up what is commonly referred to as the Battle of Sailor's Creek. First, the Confederate rear guard under Gen. John Gordon was forced to make stand against the Union Second Corps under Gen. Andrew Humphreys on the James Lockett Farm. To the south, the Union Sixth Corps under Gen. Horatio Wright, bombarded then assaulted Gen. Richard Ewell's two divisions along Little Sailor's Creek near the James Hillsman Farm. Lastly, Confederate divisions under Gen. Richard Anderson squared off against Gen. Wesley Merritt's three divisions of Union cavalry in the vicinity of Marshall's Crossroads.

These three battles raged almost simultaneously with one another, thus giving the illusion of one large general engagement, but there was little coordination between the three battles. In one of those -- Marshall's Crossroads -- my ancestor, George Washington Spertzel of the 21st Pennsylvania Cavalry, fought.

Lacking artillery, dispirited and hungry, the Confederates crumbled under the Union attacks. Some 8 thousand Confederate soldiers surrendered, as well as eight Confederate generals -- some of the Confederacy's most famous commanders: Richard S. Ewell, Joseph B. Kershaw, Montgomery Corse, Eppa Hunton, Dudley M. DuBose, James P. Smith, Seth Barton, and George Washington Custis Lee, Robert E. Lee's eldest son. By the end of the battle, both Lee and Grant knew the war wouldn't last much longer. Lee wrote to Jefferson Davis, president of the Confederate States, that "a few more Sailor's Creeks and it will all be over." 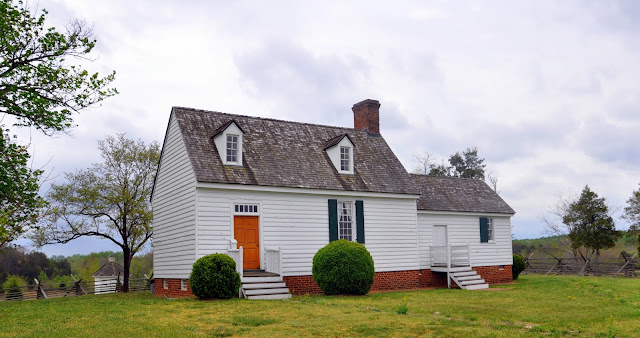 After the battles were over, the Overton-Hillsman House served as a field hospital. While we visited the park, we were lucky enough to enjoy a private tour of the house, which is set up to depict how it would have looked as a field hospital (derived from information gleaned from the journals of both a Confederate soldier and a Union officer treated there). In addition, two of the spaces, including the basement, are set up as they would have been as a private residence at the time of the Civil War.

Visitors to the Overton-Hillsman House have reported hearing a child on the second floor, when none was there (and in fact, the second floor is not open to park visitors). So yes, this beautiful little cottage is quite possibly a very haunted location -- which makes sense considering the history it witnessed.

Although the rural countryside hasn't changed that significantly from the days those battles were fought, any land not specifically preserved as an historic site is at risk. Houses and barns that were there may have come down, and a couple more houses put up, but mostly the land has been farmed and kept as it was at the time of the battle, and you can still see the contours of the land on which the battle was fought, unlike many of the battles further north, which are threatened by modern-day development. Preserving the battlefield has been the mission of Chris Calkins, who served as a national park ranger at Petersburg National Battlefield and came to Sailors Creek when he retired from Federal service. In fact, if you're interested in conducting any research at the battlefield, chances are you'll make use of the research library, which Calkin donated to the state park.

Sailors Creek Battlefield State Park is a relatively new park, having been added to the state park system in 2008. Its three missions are to protect the national historic battlefield, tell the story of how the Sailor's Creek battles ultimately led to Lee's surrender at Appomatox Courthouse, and share the story of how the Civil War impacted Southside residents (Southside is the region south of the James River and the North Carolina border).

We visited Sailors Creek on the same day we spent exploring other fun things to do around Prince Edward County and Farmville, VA. (Please check out the wonderful Moton Museum, the challenge of ziplining and the ropes course at Sandy Creek Retreat and Outdoor Adventure, and the High Bridge Rail Trail.

Know before you go 1: Allow yourself a half day, at least, to explore and enjoy this park. For a trail map, click here. In addition, there is a driving tour that traces Lee's retreat from Petersburg to Appomatox Courthouse. For more information about that, click here.

Know before you go 2: There's enough to do in the area to keep yourself busy two days. If you do, then consider staying at one of the quaint, but comfortable, cabins at Sandy River Retreat, in Rice. 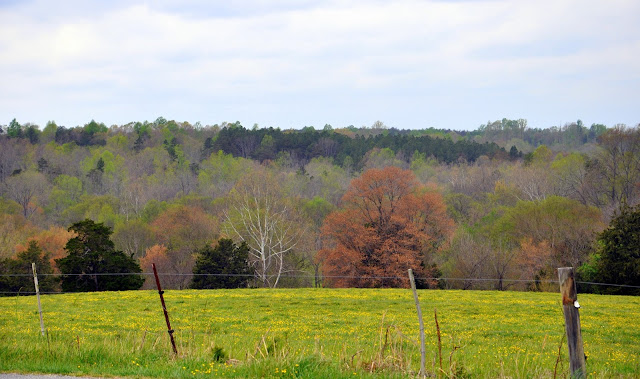