Six Places in Pennsylvania You Don't Want to Miss!

Summer is here, and that means, the peak of day trip season! If you're getting ready for some day trips, then here are six places in Pennsylvania you don't want to miss! 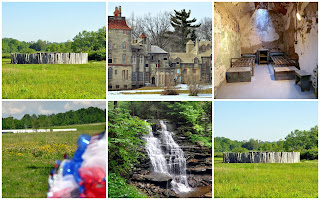 There's a little something for everyone in this list -- a little bit of history, some exploration underground, a good hike, an historic house tour... check out these suggestions for some great summer day trips; click on the link to explore each destination further!

Opened in 1855, No. 9 Coal Mine, located in Lansford, PA, is the world's oldest continuously operated anthracite coal mine. It closed in 1972 and the opening was concreted over, only to be re-opened as a heritage tourism attraction in 2002. Today visitors ride by train 1600 feet into the mountainside, to see and experience first hand what it was like for miners to work underground. 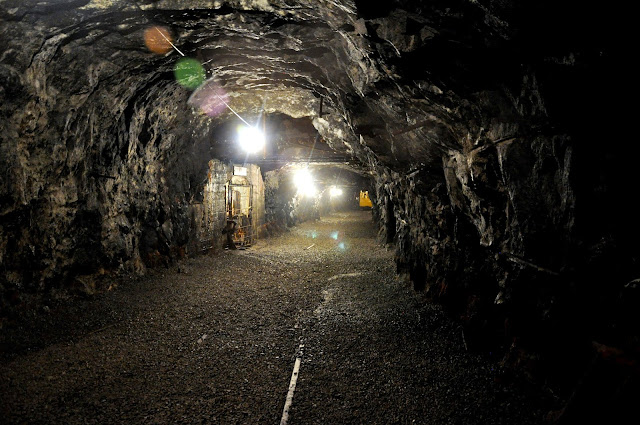 A fort and a story about a brave young 22 year old, having adventures most young men only dream about (and surviving to talk about it). Fort Necessity tells the story of George Washington, who in 1754 at the very beginning of the French and Indian War, was a lieutenant colonel and set off with his Virginia militia through western Maryland to carve out what became the first federally funded and maintained highway -- now U.S. 40. Along the way he encountered a French patrol and ambushed them, setting in motion a chain of events that led to the construction of Fort Necessity by Washington, and ultimately its defeat and Washington's capture by the French, who were enemies of the British and the English colonists. 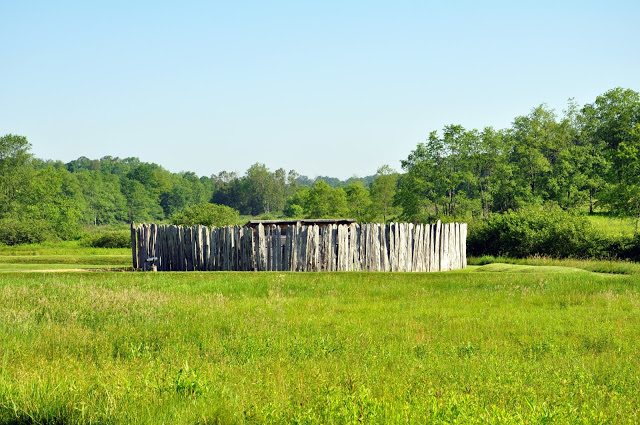 Opened on October 25, 1829, Eastern State is the world's first true penitentiary. At its completion, the building was the largest and most expensive public structure ever erected, and became a model for more than 300 prisons worldwide. Operational until 1971, Eastern State's revolutionary system of incarceration encouraged separate confinement (the warden was legally required to visit every inmate every day, and the overseers were mandated to see each inmate three times a day) as a form of rehabilitation. 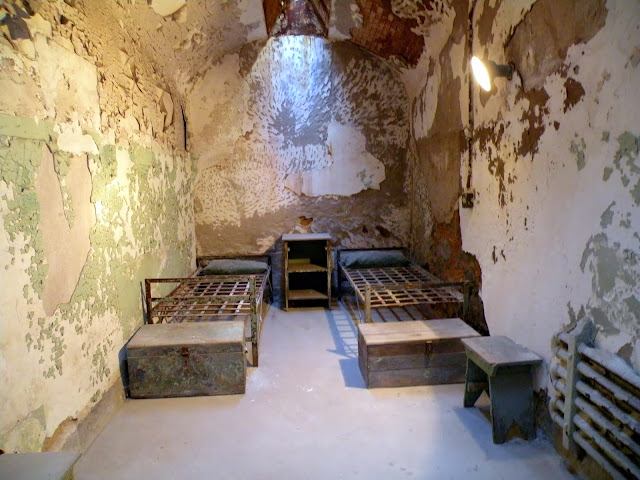 Flight 93 National Memorial, in western PA, is the nation's permanent memorial to the 40 passengers and crew of Flight 93. It's their final resting place and their remains are still present. The crash site is bordered by the Memorial Plaza. The Memorial is touching and despite how lovely the day was, felt solemn. A cell phone tour guided us through the history panels. As we walked along the memorial plaza out to the Wall of Names, we passed little shelves, filled with tributes others have offered in tribute to the crash victims. 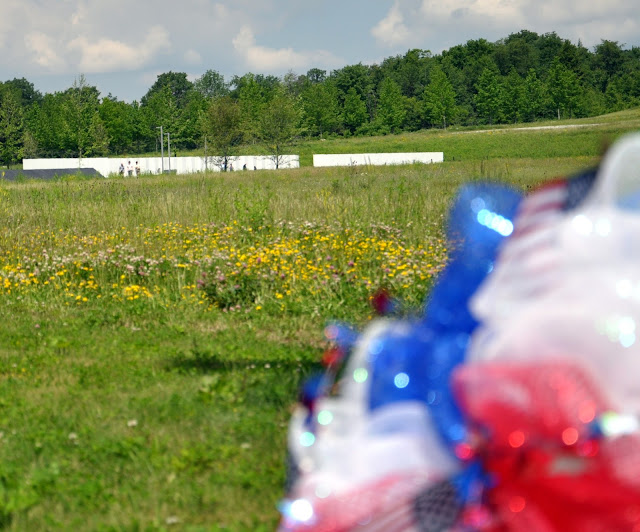 Henry Mercer's built his dream castle built between 1908 and 1912 near Doylestown, PA. Fonthill Castle has more than 44 rooms, 18 fireplaces, 32 staircases, and more than 200 windows of various sizes and shapes. Mercer was an early adopter of the recycle and reuse philosophy, so if he encountered at a sale an old window from an old house or church or other public building that he thought would fit his castle, he bought it and inserted it into his design. Thus, there didn't seem to be many windows alike, and often within a room there would be windows that didn't quite match the others. His castle seems organic, in that it seemed to have been designed from the inside out. The ceilings are sloped and rounded (all with tiles inserted), and few rooms are square or rectangular. 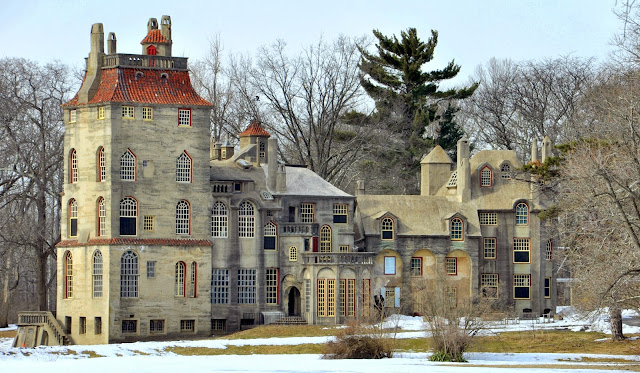 Ricketts Glen State Park is a Pennsylvania state park on more than 13,000 acres in Columbia, Luzerne, and Sullivan counties. The park also is a National Natural Landmark, known for its old-growth forest and the more than 20 named waterfalls along Kitchen Creek. A gorgeous -- but strenuous -- 3.2 mile hike leads you past 18 waterfalls! Is it doable for children and families? Yes, but probably not toddlers, unless you're prepared to carry them. The trail leads you straight down and then back up the mountain, hence the 18 waterfalls, along trails that often include stone steps. 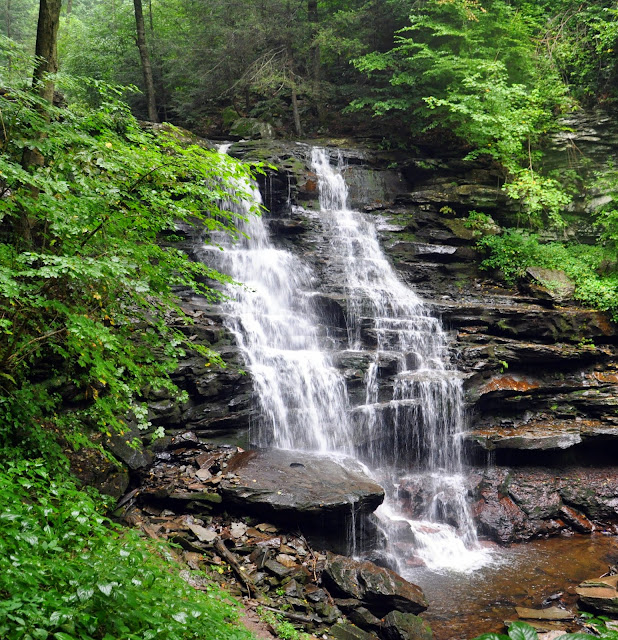