Appreciating the Beauty of the Blackwater River

We arrived for our holiday weekend in Canaan Valley a few hours earlier. We unpacked the car and get settled into the cabin. The kids decided to hang out there, rather than come along with us as we re-explored Davis and traveled down memory lane a bit.

We'd spent several summer vacations several years in a row in Canaan Valley -- but that was several years ago. This year we returned to one of our favorite cabins, a cozy three bedroom vacation home in Northpoint. We'd explored the area fairly well during those vacations, and I've occasionally drawn upon some of our favorite activities for blog posts, such as the Canaan Valley trail rides. But it's been several years since we'd visited for more than a couple of hours, and we decided to spend Memorial Day Weekend up there. 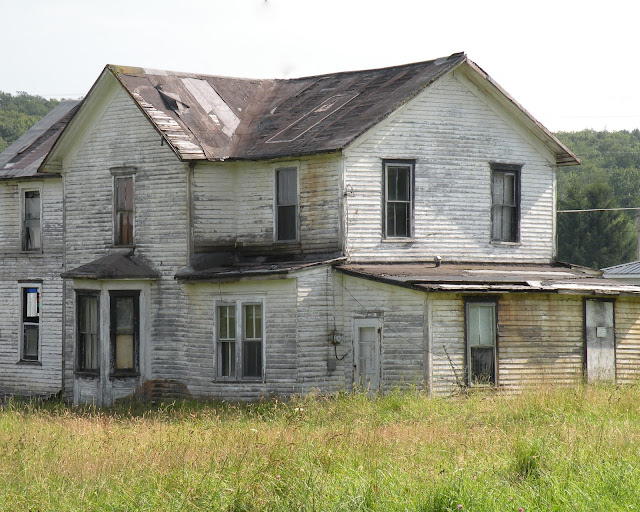 During our after dinner exploration, we drove past an old farmhouse in town, right across from the Shop N Save. I'd photographed it multiple times (see above), back when it still had its original doors and stained glass windows. Someone had loved that old home, and it made me sad then that it was falling into ruin. In the years since, it's descended even further. I suspect that one of these years I'll come back to Davis and it'll be gone, or else, a pile of rubble. 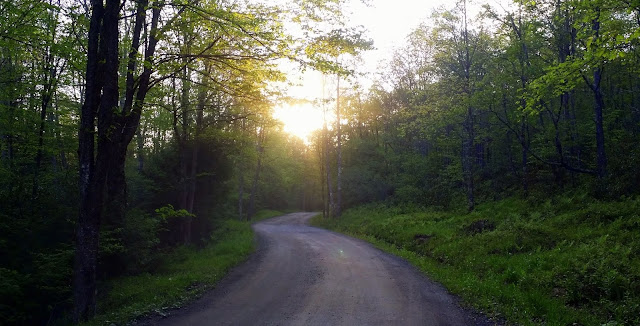 However, instead of turning around at the house, we continued down the road past the old house, over a bridge, and found ourselves in a part of the Blackwater Falls State Park we've not yet explored.

It's a campground (very rustic -- no amenities but nature itself). Apparently it offers great fishing, as we noticed a number of folks fishing, even that late in the day! We noticed a woman bicycling, and we commented that next time we come, we should bring our bikes for a ride. The road is packed gravel, but a hybrid bike could definitely handle it. 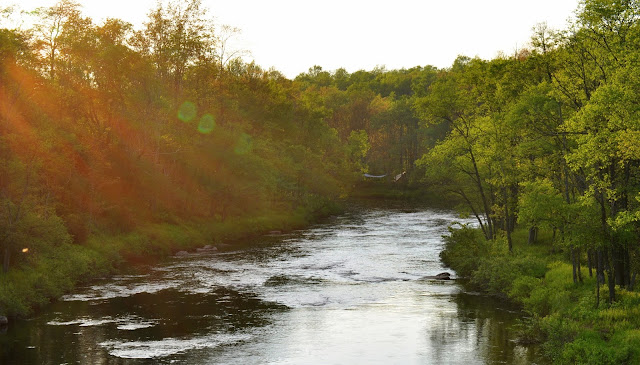 Blackwater Falls State Park is located in the Allegheny Mountains of Tucker County, just outside of Davis, WV. The Blackwater River, named for its tannins-darkened water, travels some 34 miles in the Allegheny Mountains of eastern West Virginia. Via the Black Fork, it is a principal tributary of the Cheat River, and via the Cheat, the Monongahela and the Ohio rivers, it is part of the watershed of the Mississippi River and drains an area of 142 square miles. It is a true blackwater stream: the spruce and hemlock trees in its watershed supply tannins which impart a tea or amber color to its water. 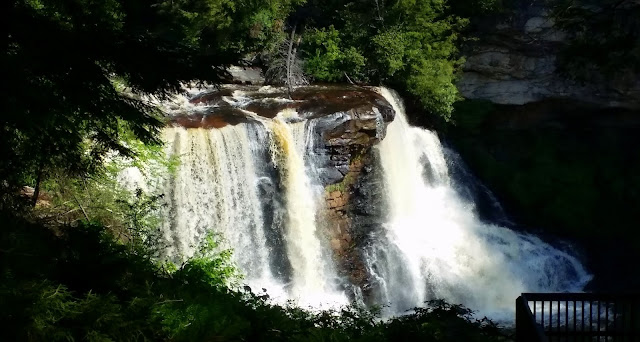 The following morning we headed over to Blackwater Falls. You can really appreciate the color of the water as it tumbles over Blackwater Falls, on the other side of Davis.


To see the falls overlook, you travel down 219 stairs -- that's about 20 flights. But otherwise, the walk is short, and along the way you get several dramatic views of the falls from different vantages. 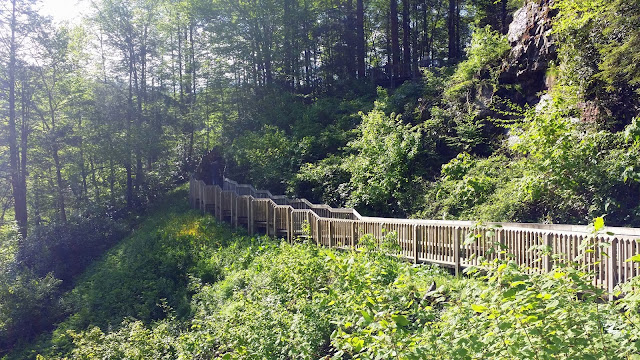 After checking out the falls, we decided to go on a very short hike out to Lindy Point, which overlooks the Blackwater Falls Canyon -- far below you can see the Blackwater River. The first time we went out there -- about 6 years ago -- a golden eagle soared ever so close to the lookout platform. This time, we only spotted what we hoped was a golden eagle from a distance. It never got close enough to photograph (and I'd left my good telephoto lens at home).

For more photos from a previous trip to Blackwater Falls, click here. 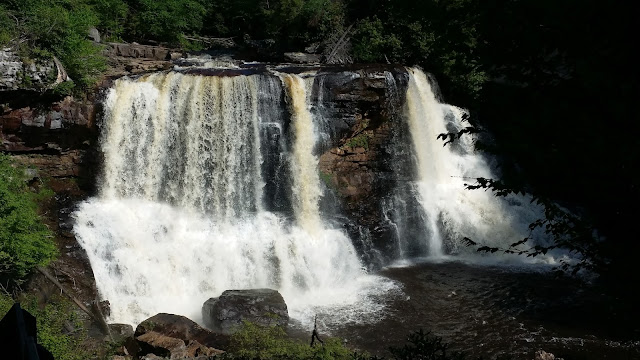