Like countless others, I've watched the ghost hunting shows that have visited the Trans-Allegheny Lunatic Asylum (TALA), in Weston, WV. When I realized it was just 1 1/2 hours away from Canaan Valley, where we recently spent a holiday weekend, I added it to our weekend plans -- a fortuitous decision because most of the activities for Canaan Valley depend on pleasant weather. One day it rained, and rained and rained -- a perfect day to visit TALA.﻿


Ultimately, the story of TALA is a sad story. The original hospital, designed to house 250 patients, opened in 1864 and reached its peak in the 1950s with 2,400 patients in overcrowded and generally poor conditions. Thus, although it was built and opened with the intent of providing humane treatment for the mentally ill -- somehow through the years, it didn't maintain those high goals.

The large central building of TALA was designed by renowned architect Richard Andrews, who also built the south wing of the U.S. Treasury Building in Washington DC and the Maryland Governors Mansion in Annapolis. Andrews followed the Kirkbride plan, which called for long rambling wings arranged in a staggered formation, assuring that each of the connecting structures received an abundance of therapeutic sunlight and fresh air. 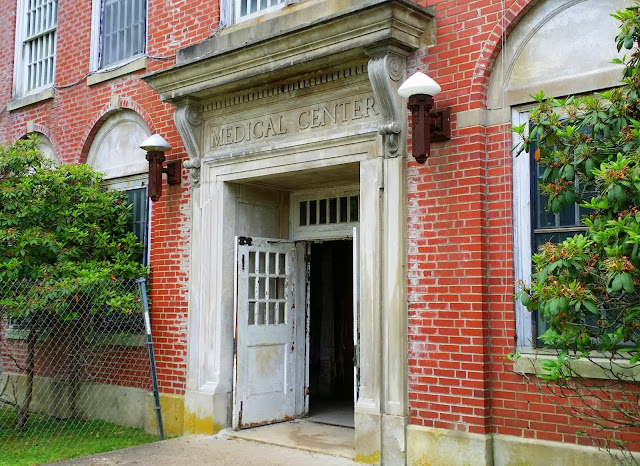 In the early 1850s, Dr. Thomas Story Kirkbride theorized that the insane could be treated and cured, if they were only removed from the sordid, cramped and inhumane surroundings in which they often found themselves -- usually alms houses and city jails where they were mixed in with criminals without access to any treatment or real care and even were often chained to walls, unclothed regardless of temperature, and mired in their own filth. In other words, he believed in the "moral treatment" of the insane, and published a book advocating for changes in how the insane were treated in 1854. He, along with other reformers, had a profound influence on how the mentally ill were treated for the latter half of the 19th century. 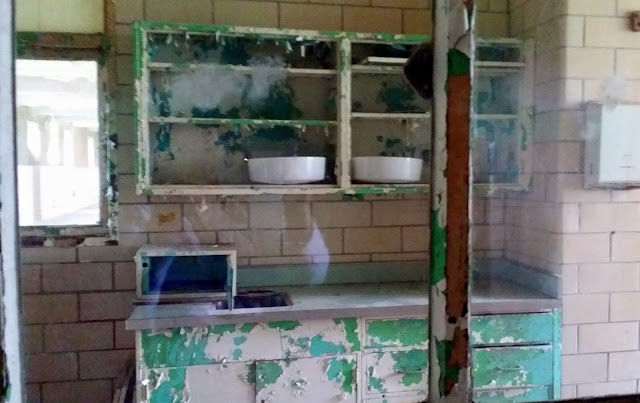 Kirkbride advocated building hospitals for the mentally ill in a style which he believed promoted recovery and healing -- with grounds that were "tastefully ornamented" and buildings arranged in a shallow V, if viewed from above. Thus, the Trans-Allegheny Lunatic Asylum was built with long, rambling wings that provided sunlight and air to comfortable living quarters so that the building itself promoted a curative effect, or as Kirkbride put it, "a special apparatus for lunacy." These facilities were designed to be entirely self-sufficient -- including developing a self-sufficient working farm on the grounds and coal mines for fuel -- providing the patients with a variety of outlets for stimulating mental and physical activities.

Construction, which began in 1858 by the state of Virginia, was interrupted by the outbreak of the Civil War in 1861. Following its secession from the United States, the government of Virginia demanded the return of the hospital's unused construction funds for its defense. However, the 7th Ohio Volunteer Infantry seized the money from a local bank, delivering it to Wheeling, where it was helped fund the establishment of the Reorganized Government of Virginia -- a precursor to the state of West Virginia -- which sided with the northern states during the war. The Reorganized Government appropriated money to resume construction in 1862. Following the admission of West Virginia as a U.S. state in 1863, the hospital was renamed the West Virginia Hospital for the Insane. The first patients were admitted in October 1864, although construction continued into 1881. 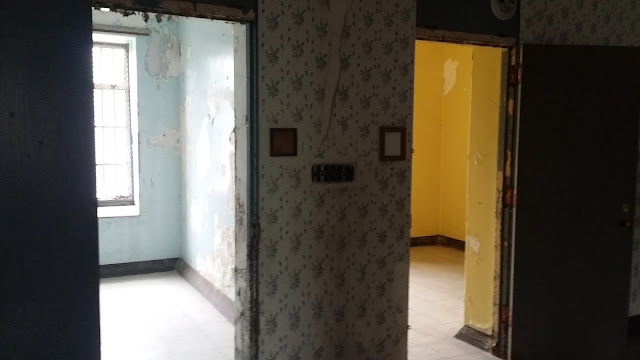 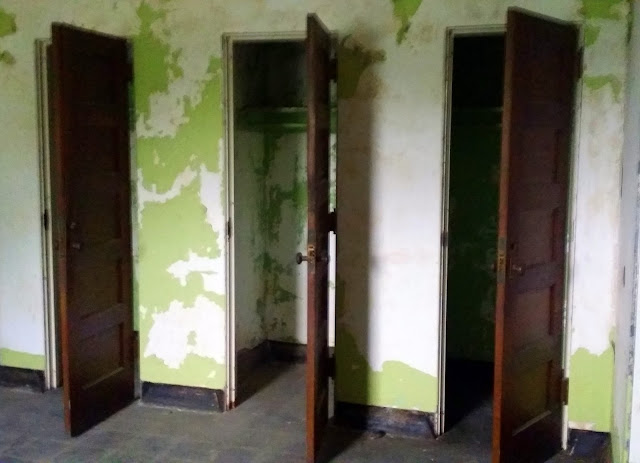 Designed for 250 patients, the hospital held 717 by 1880; and 1,661 in 1938. A 1938 report by a survey committee organized by a group of North American medical organizations found that the hospital housed "epileptics, alcoholics, drug addicts and non-educable mental defectives" among its population. By 1949, the population had grown to more than 1800, and a series of reports by The Charleston Gazette that same year found poor sanitation and insufficient furniture, lighting, and heating in much of the complex. Finally, the population grew to 2,600 in the 1950s in overcrowded conditions.

The use of the procedure increased dramatically from the early 1940s and into the 1950s; by 1951, almost 20,000 lobotomies had been performed in the United States. Following the introduction of antipsychotic medications in the mid-1950s and under the influence of the anti-psychiatry movement, lobotomies were quickly and almost completely abandoned. 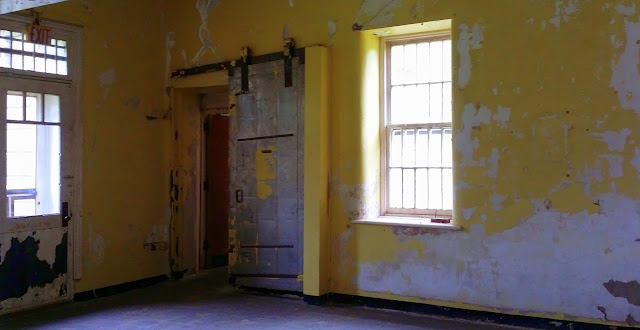 By the 1980s, the hospital had a reduced population due to changes in how those suffering from mental illness received treatment, although patients that could not be controlled were still often locked in cages.

Finally, ongoing changes in how the mentally ill were perceived and treated by society, as well as the physical deterioration of the facility, forced TALA to close in 1994; the closure devastated the local economy, from which Weston has yet to recover -- the town looks depressed. The hospital was bought by Joe Jordan in 2007, and partly opened to tours and other money raising events for its restoration. All the funds raised by the tours goes back into restoring or stabilizing the grounds or buildings.

The tours are conducted by individuals dressed as traditional nurses, in white dresses and the funny little nurse cap. We went on the four-floors tour -- recommended -- because it brings you throughout the asylum and to interesting and creepy places such as the morgue, the barber shop, patients' rooms, the violent women's wing, doctors quarters, the auditorium, and staff rooms, among others.

We also tried to go on the Farm and Cemetery Tour, but got rained out -- or rather, we went anyway, but the bus couldn't make it up the steep, muddy hills and we had to be driven back to the main building in a pickup truck driven by one of the employees. Although we were very disappointed, the staff refunded the entire amount for the tour, and even offered us items from the gift shop as an apology, which was extremely kind! 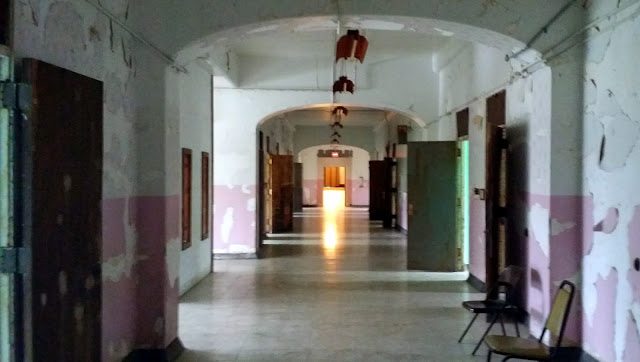 I have to admit, touring TALA was one of the more interesting experiences I've had while writing this blog, and I whole-heartedly recommend adding it to your daytripping bucket list. Although the place is supposed to be extremely haunted, we didn't experience anything untoward during our 90-minute tour, much to my personal disappointment. (But yes, going on the paranormal tour is on my personal bucket list!) My son and his friend were fully entertained throughout the four-floor tour, as well -- this is something that older kids will enjoy.

Getting there: 71 Asylum Drive, Weston, WV. If you're GPS won't recognize Asylum Drive, then punch in any address on 2nd Street or River Drive, which are adjacent streets. 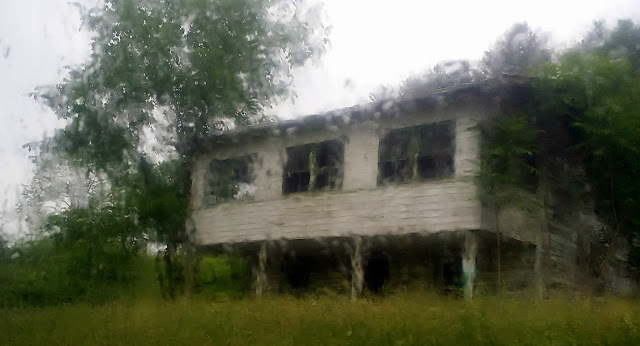 If you enjoyed this blog, please share it with your friends and family!