Haunted Pittsburgh: Stories of the Undead, Ghosts, and Bandits 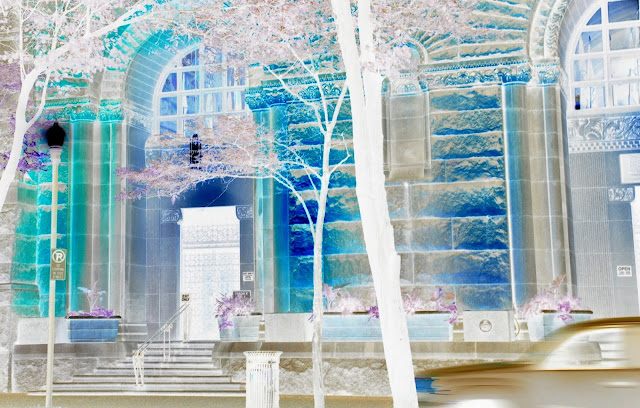 Ghost tours aren't terribly scary, but they can be terribly entertaining, and the Haunted Pittsburgh tours didn't disappoint. Never mind the Northside, or the Southside -- as the Ghost Tour promises, it takes you to the dark side. Our guide for the evening was Haydn Thomas, a vivid story-teller who emphasized all the right words and held the pauses for the perfect, most frightening effect.

The ghost tour started at the City Building at 414 Grant Street, and led us through downtown Pittsburgh, past the Old Morgue, where young men of old had faithfully followed the somewhat morbid tradition of bringing their Prom dates. There's actually a pretty funny story about a corpse that refused to act dead...

We then walked over to the Old Jail, a lovely old stone building that's considered among the finest examples of the Romanesque Revival style. In 1902, condemned brothers Jack and Ed Biddle escaped from the jail with the aid of the warden's wife -- the warden and his family lived in a corner of the jail complex. Eventually they were caught, the warden divorced his wife, and she died, lonely and miserable. She sometimes can be seen. As can several other ghosts....

As with most of the other ghost tours, you really need to wear comfortable shoes. I don't know how far we walked, but the tour lasted at least 90 minutes and we walked all over the downtown area -- from the Old Jail over to where we could see the Federal Court Building and the Gulf Building, then past Randal's Toy Store.

Our next to last stop was near "Papa J's," an old building that Haydn claimed was Pittsburgh's "most haunted." (But, that didn't make sense -- he recounted many more ghosts at the William Penn Hotel... but oh well -- just don't stay on floors 22 or 23 there, just sayin'.) But back to Papa J's, a now-closed bar/restaurant in a building that hails back to the 1860s.

We also got a preview of the new Mount Washington ghost tours, with a really frightening story about a dark presence on a corner near the Monongahela Incline. No thanks, I'll pass on taking that incline up the bluff!

Despite the stories of death and mayhem and the undead, ultimately ghost stories are stories about the thwarted hopes and cut-short dreams of real people, and in hearing these stories, you're hearing about local history, of the people who lived and died in the city where you're now walking.

Getting there: Haunted Pittsburgh will be adding ghost tours in the future, so check the website for the location of the tours.

Dogs: I don't see why not, but you should ask when you reserve your tickets.

Hours: Check the website for dates and times of the offered ghost tours.