This year is the 40th annual Maryland Renaissance Festival, where for 9 weekends between August and October. My husband and I have been attending, at least every other year, for about 20 years -- it's crazy that it's been that long! 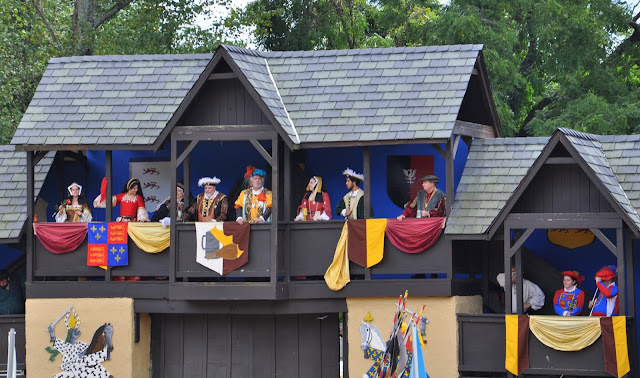 There's nothing quite like a Renaissance festival, whether it's in Maryland or Virginia or Pennsylvania. Maryland's is quite extensive, and maybe I'm playing favorites, but it's big enough that there's plenty to see and do, year after year. I prefer to go in the mornings -- I've noticed that as the day progresses, the number of folks standing around the various -- and numerous -- pubs increases, to the point where it can seem like an gigantic open air bar by dinnertime. But really, there is something there for everyone. 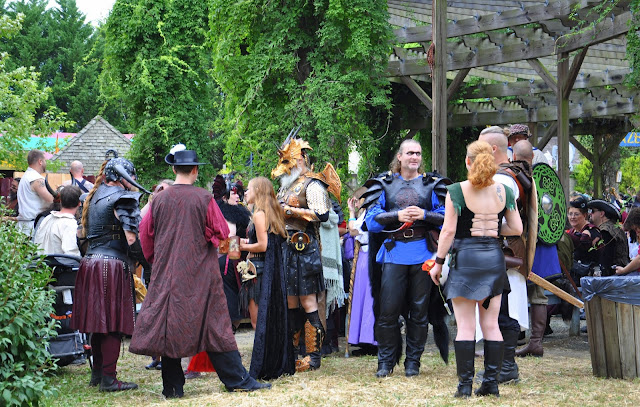 The setting is lovely -- open woods with quite mature trees, under which permanent structures have been built. We noticed this year that there were quite a few new vendors that hadn't been there two years ago, but there were also our old favorites. There's everything from jewelry to period (sort of) clothing and accessories to hammocks and wood furniture. 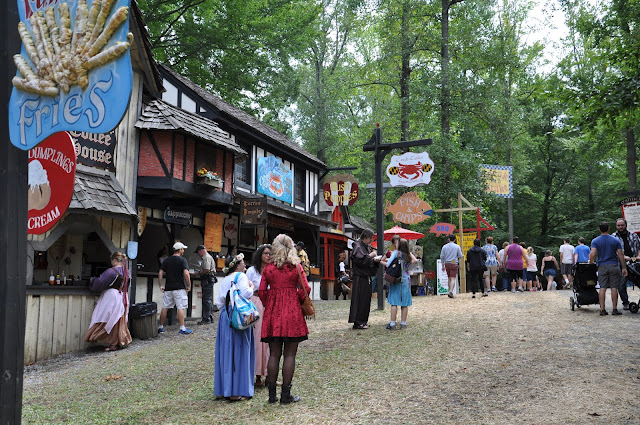 If you go in the morning at 10 a.m., when it opens, it's quite family friendly, and there's lots for the kids -- from the long wooden slide to wall climbing, to numerous games and shows. Between the jousting and the sword-swallowing, they'll find plenty to keep them amused! 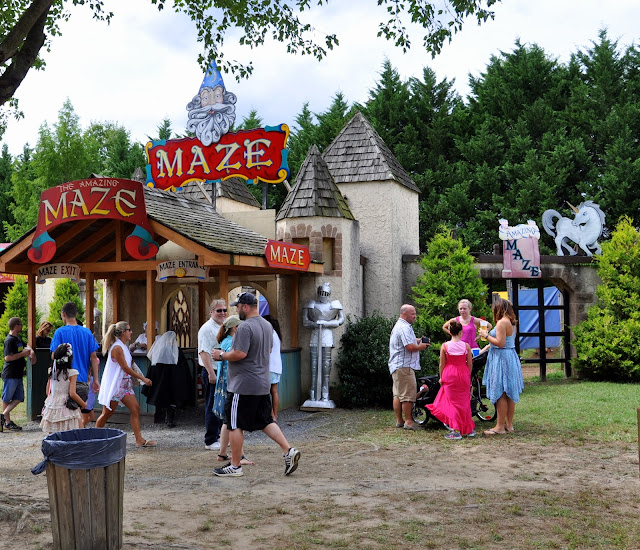 There are 11 stages, including several in taverns, featuring comedy acts such as the long-running "Puke and Snot," juggling in "The London Broil," and improv comedy in "The Bloody Drama" to feats of daring (and comedy) such as "Johnny Fox, Swordswallower Extraordinaire" to a variety of music. 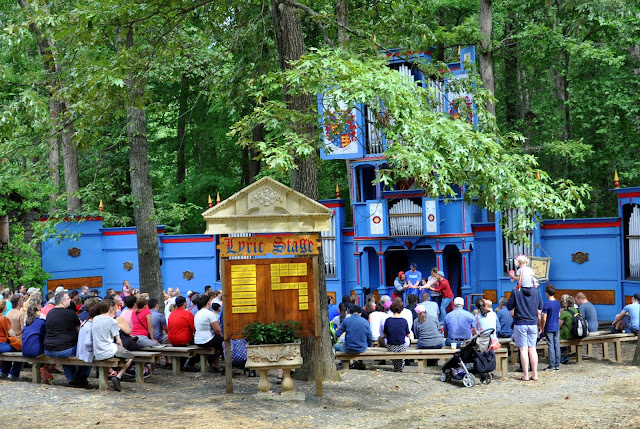 This year I was particularly impressed by the Wheel of Death. We didn't attend the festival last year, so I don't know whether this year is a repeat performance, but I don't recall it from years previous. It was a fun 20-minute performance of some pretty awesome feats of daring involving a revolving contraption. 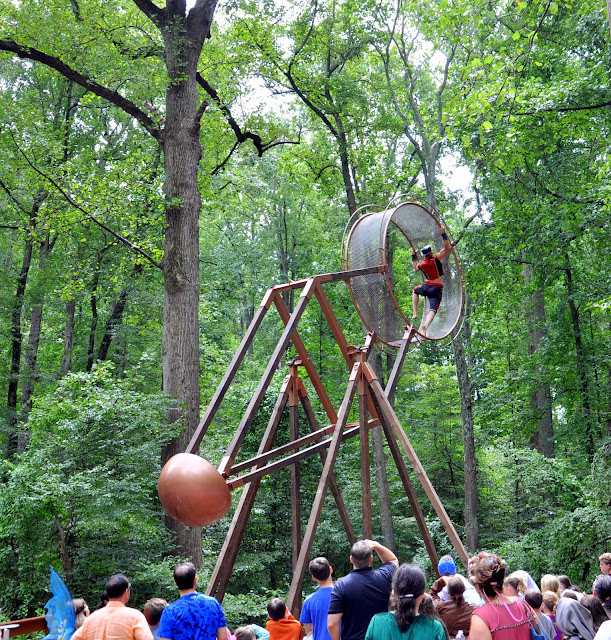 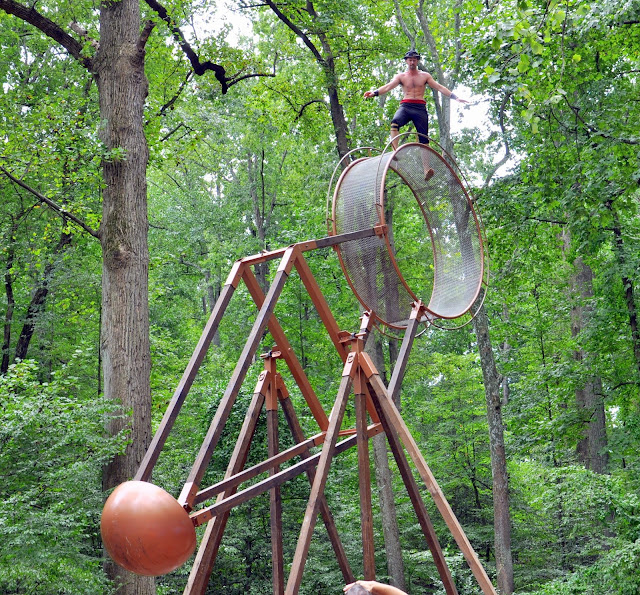 Probably the most fun is to people watch, and enjoy other attendees' costumes. Lots of little girls are dressed up as princesses and lots of little boys turn into wee pirates, while their parents parade around in what we modern-day folks think of as Renaissance clothing. But there are also big pirates, a surprising number of elves, an increasing number of Steam Punk, and Renaissance-ish clothing that runs the gamut from realistic to laughably not so. But it's all in fun. Although fairies and elves have nothing to do with the actual Renaissance, it all adds up to the overall fun, anything-goes atmosphere. 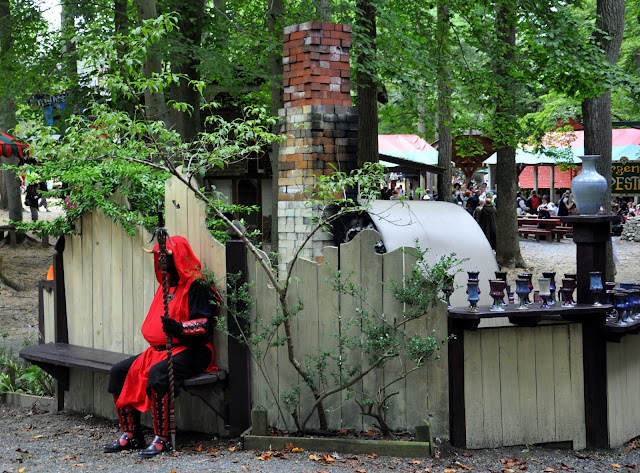 There is a wide variety of food. First off, if it can be put on a stick, it will be stuck, from cheesecake to steak to macaroni and cheese to corn cobs -- and even meat pie on a stick. You can also find loaded baked potatoes, empanadas, the ubiquitous turkey legs, knave sandwiches, pork pockets, quesadillas, Yakitori chicken, shepherds pie, soup in bread bowls, to list a few. 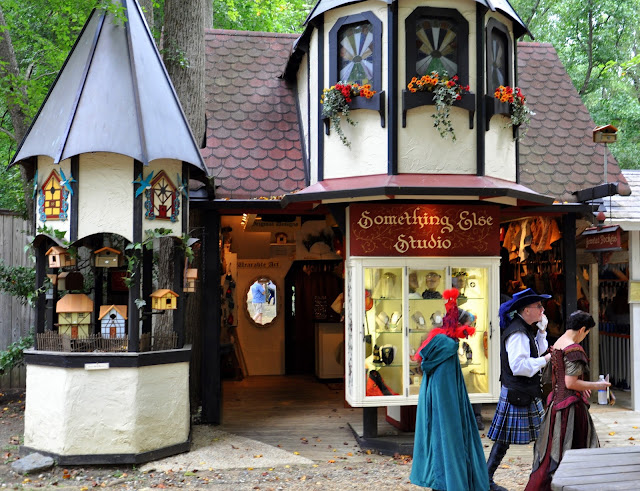 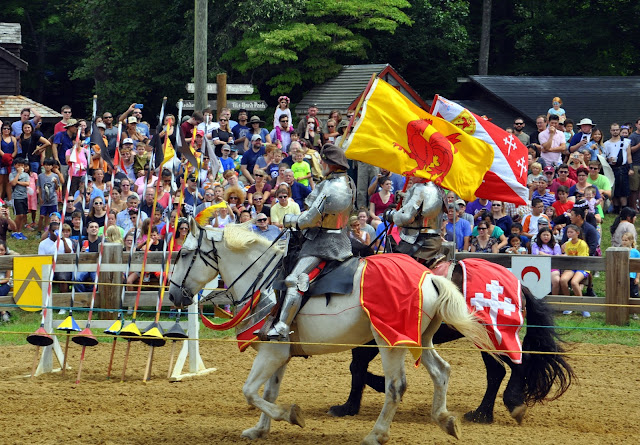 Know before you go: Don't have a Renaissance-appropriate costume? The Maryland Renaissance Festival's "Renaissance Rentals" Costume Rental Booth is the first booth on the left, just inside the entrance of the fair. Costume rentals are on a first come, first serve basis. 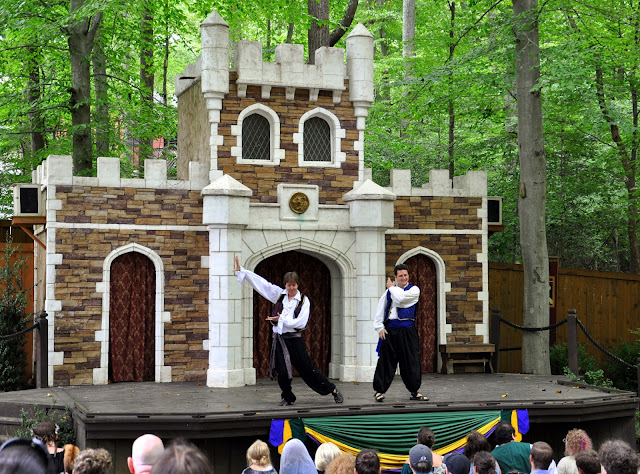 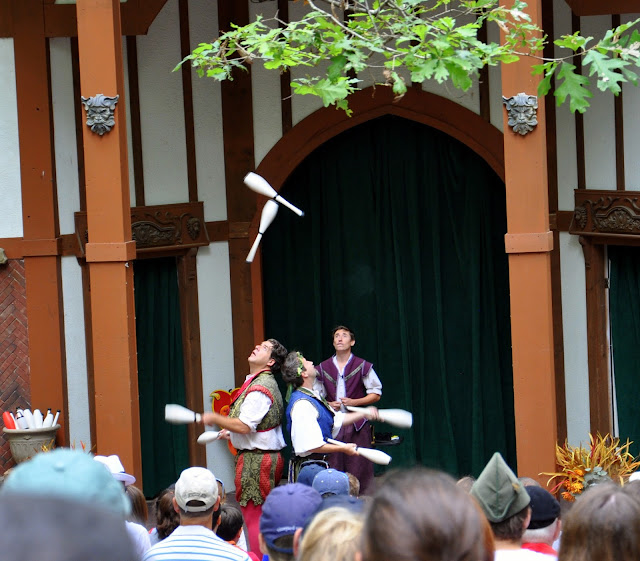