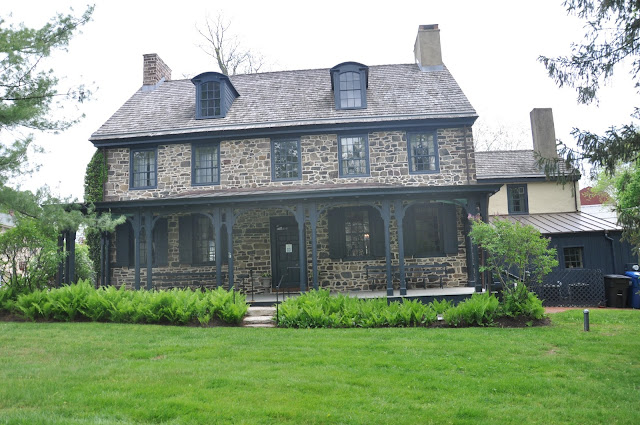 Right in the center of New Hope is a conspicuous and lovely stone mansion -- clearly an old building (and therefore, incredibly interesting to me!). We were visiting Bucks County and staying across the street in the Logan Inn, so I was excited when I realized that the Benjamin Parry Mansion was open to the public.

Benjamin Parry played a big part in New Hope's history -- including eventually helping the town gain its own name. He was a third generation Quaker, born on March 1, 1757. He came to the town, then called Coryell’s Ferry, in the early 1780s from Upper Moreland Township (at the time it was part of Philadelphia). He purchased the Hope Flour Mill from the Todd family after Dr. Todd’s death in 1785. (The Bucks County Playhouse now occupies that site.) Parry expanded the mill operations along the river, adding a lumber mill, saw mill and flaxseed oil mill. When the Hope Flour Mill was destroyed by fire in 1790, Parry rebuilt it within a year and named it the New Hope Flour Mill, thus giving Coryell’s Ferry its new name. New Hope Borough was incorporated in 1837.

Parry invented a process for preserving corn and grain for long distance shipping in 1810, and in 1812 he led a group of local businessmen and investors in the construction of the first bridge to Lambertville. Shortly after that he and his investors opened the first New Hope bank.
Parry also operated a flour exporting business in Philadelphia.

Benjamin Parry dominated the New Hope community for more than a half century. He was well respected for his integrity. When he died on November 22, 1839 his obituary noted that he was esteemed by a large circle of acquaintances and revered as an honest and good citizen.

Benjamin completed the construction of the Parry Mansion in 1787, the year of his marriage to Jane Paxson. The Parry Mansion is a must-see if you want to understand New Hope. Tour guides are trained to offer historical information along with the "stories" that have been passed through generations.

The furnishings of the eleven rooms reflect 125 years of decorative changes. Each room represents a different time period during which the Parrys occupied the Mansion, making the tour that much more interesting.

The tour took the group through the entire first and second floors, starting with the center hallway, and taking us through the lovely formal dining room and into the colonial kitchen, which is almost totally furnished with pieces made in New Hope, Solebury Township and Bucks County.

In the Empire bedroom, visitors can see the American Empire influence in the heavy, dark and massive furniture. The black walnut bed belonged to the Parrys and was found in the attic. It had to be trimmed slightly to fit in the room.

The Colonial bedroom represents the earliest period of the house and incorporates some furniture from even earlier dates.

The floor is unpainted and was frequently washed with sand and lye. The plaster walls are merely whitewashed. The painted trim closely approximates the room's earliest paint color. The fireplace is the only source of heat and hot coals would be used in the footwarmer and bed warmer.

There is sparseness and severity about the chamber that is relieved by the red and white George Washington toile hangings on the bed and at the windows. Although examples of this pattern were not found here in the Parry Mansion, this fabric was especially reproduced from an original fragment for this particular room.

It is thought that Benjamin probably used this room as his office since it overlooks the Parry Mills across the street (now the Bucks County Playhouse). Benjamin and Jane's canvas and leather traveling trunk still sits patiently at the foot of the bed. 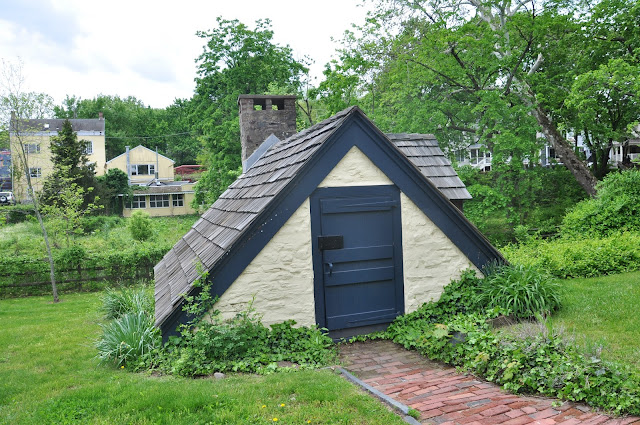 Hours: Tours of the Mansion and its grounds are conducted on Saturday and Sunday starting at 1:00 until 5:00 pm from May to November. 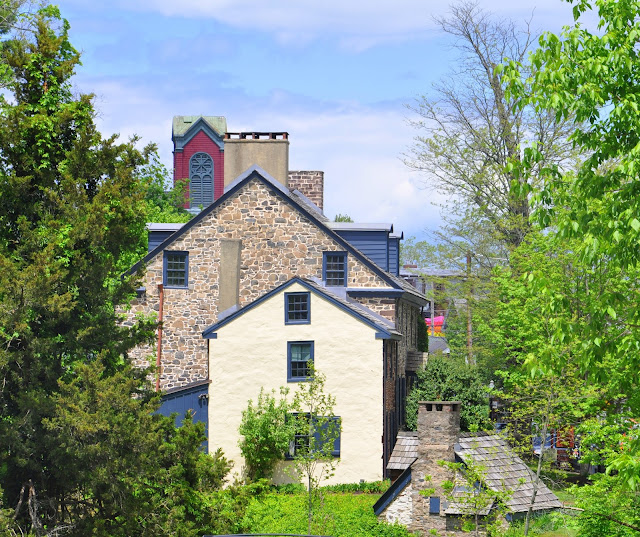