Starting 2017 with a Delightful First Day at Soldiers Delight

I love the idea of the First Day Hikes that have become popular over the past few years -- what better way to start a new year than by getting out into our local parks and going for a hike?

In October 2016, we adopted our third beagle, Charlie, from the Baltimore Humane Society. Getting to the BHS from our home took us past this odd area called Soldiers Delight. Despite living not even 15 miles away for the past two decades, I'd never heard of it.

As we drove past, I googled it and discovered that it was a serpentine barrens, was a popular hunting ground for Native Americans in Maryland, and was heavily mined in the early 1800s for chromite, and, in fact, for those years, was the dominant supplier of chromite in the world. It is now protected as a natural environmental area by the state of Maryland, and has 7 miles of hiking trails. 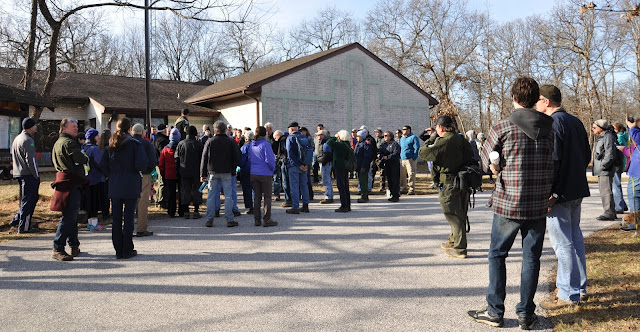 When I discovered that there was going to be a first-day hike in Soldiers Delight, I immediately informed my husband we were going on it! So sure enough, we arrived at just after 1 p.m. on New Year's Day, joining the growing throng of people. Ultimately it looked as if there were about 75 people ho went on the hike. 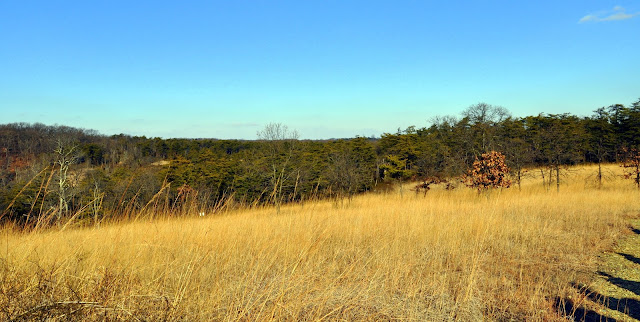 Soldiers Delight, standing in the midst of a high-density growth area in suburban Baltimore, is the largest and most diverse of the disappearing serpentine barrens on the East Coast. There are open fields, pine forests, rocky gorges, streams, swamps, and rolling meadows, each with its own natural flora and fauna; more than 39 rare, threatened and endangered species call it home, making the barrens a Maryland jewel as well as an ecologically important area to preserve. 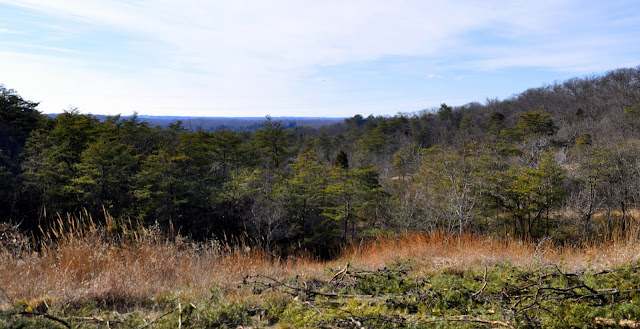 A number of Native American tribes hunted in the Solders Delight up until the European Invasion, but the primary ones were the Susquehannocks and the Piscataway, whose members traveled through the Patapsco Barrens (location of Soldiers Delight) and flushed out wild game with enormous fires sometimes miles in diameter. Arrival of the European settlers in the 17th and 18th centuries displaced and decimated the Native Americans in Maryland and effectively stopped the large-scale fire hunting. Patents were issued to colonists for land parcels in what was known originally as Soldiers Delight Hundred, an extensive area from Elkridge Landing on the Patapsco River to the Pennsylvania border. 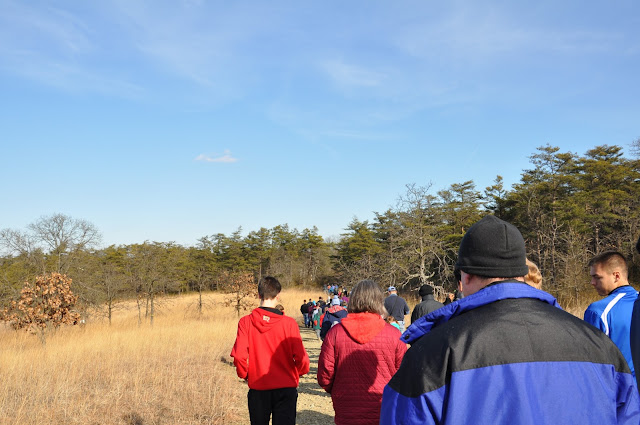 In 1995, Maryland developed a Master Plan for Soldiers Delight that involved restoration of the serpentine grasslands to their pre-colonial status. Controlled burnings, tree cutting and girdling, and clearing the land of invasive species have helped in the process of returning a part of the area to its original condition. Along the hike we saw many waist-high stumps, of the invasive fir trees that are being cleared out in favor of the original scrub oaks that populated the barrens. 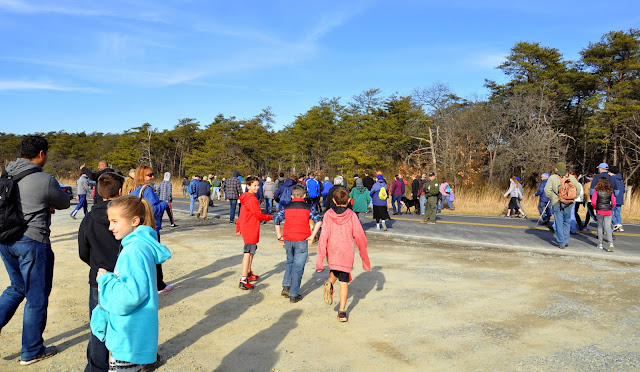 The First Day Hike we chose to go on was along the Choate Mine Trail, which leads hikers past two remnants of former mines in Soldiers Delight; I definitely want to return to explore the other trails. Chromite ore, used in the manufacturing of chemicals, paints, and dyes, was first discovered in this country in the serpentine area of Bare Hills in Baltimore County by 1810. A Baltimore Quaker chemist, geologist, abolitionist, and businessman, named Isaac Tyson, Jr., developed the Bare Hills mines and by 1825 extended his mining activities to Soldiers Delight. 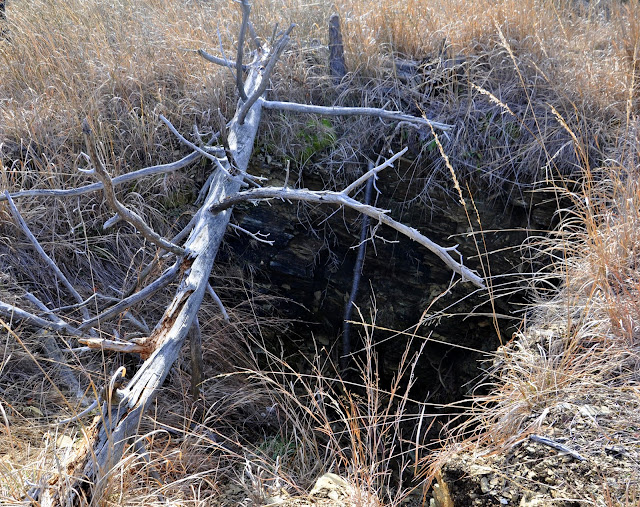 This trail, although muddy, wasn't otherwise strenuous, although there were small ups and downs. Even in winter, it provided lovely vistas and a lot of interest. 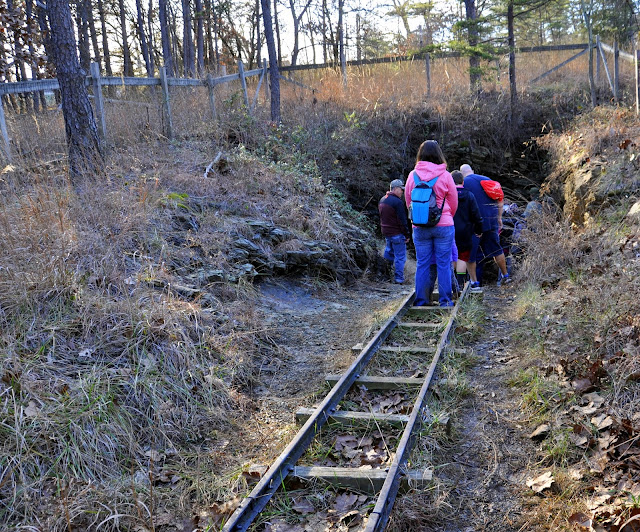 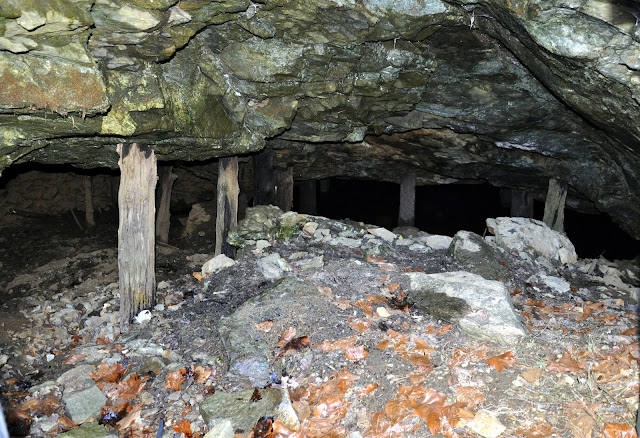 The First Day Hike was quite popular, and lots of families joined in, as well as couples of all ages. It won't be our last, but next year we vowed to go on an earlier hike, perhaps one of the "sunrise" hikes offered, which promises to be less crowded. 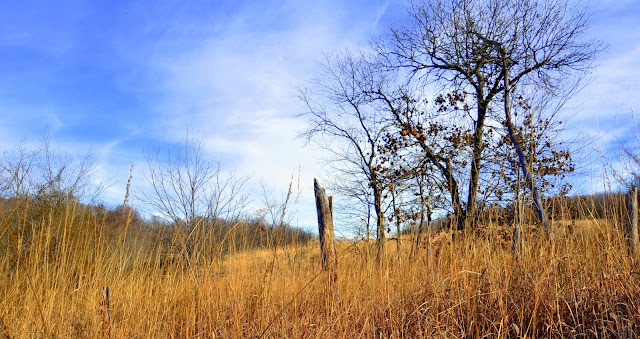 Hours: The visitors center is open most weekends, 11 a.m. to 3 p.m.; the trails are open dawn to dusk. Update: For 2020, the Visitors Center will be under renovation. Check the website for more information. 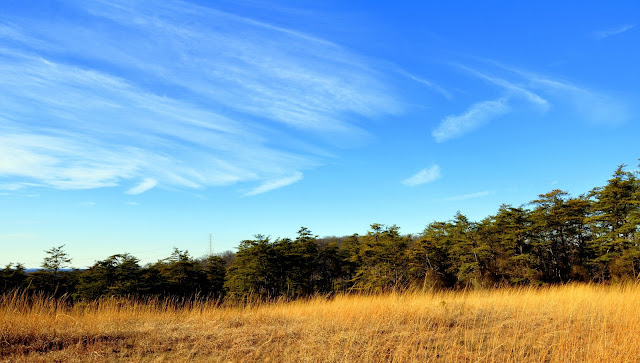 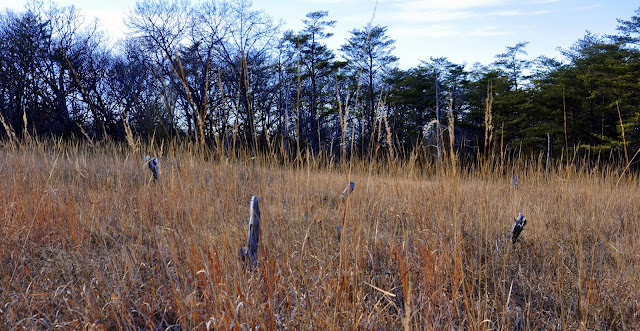