On a recent Sunday afternoon, I went on the Tubman Trail Ghost & Graveyard Bus Tour, offered by Chesapeake Ghost Tours. I've been wanting to go on one of Mindy Burgoyne's ghost tours for a while -- I learned of her blog and her ghost tours shortly after I began blogging in 2013. A sunny but cold Sunday afternoon seemed like the perfect opportunity to finally make good on my promise to myself to explore haunted Eastern Shore.

It also was an opportunity to further explore a region that frankly fascinates me. I'm intrigued by Maryland's Eastern Shore: the desolate but beautiful marshland scenery, the lives of the watermen who fish the Bay, the history of the region.

The Eastern Shore holds hundreds of square miles of mostly flat farmland, scrub forest, and marsh, and as Burgoyne points out during the tour, is the least developed contiguous piece of agricultural land between Maine and Florida. Much of the land is barely a foot or two above sea level, and there are signs that, like many of the disappearing Chesapeake Bay islands, much of the Eastern Shore will soon sink into the waters and join the Bay itself. With such a flat landscape, the sky becomes very big, visually. We feel so very small beneath it.

Thus, even on a bright sunny and cheerful afternoon, the landscape can seem mysterious and even ominous.

It's worth noting that, aside from a very few more houses, the landscape has largely remained unchanged since times goneby. Ditches dug by enslaved Africans in the 1800s to drain the fields so they could be tilled and cultivated still drain the same fields. Many of the old farm houses also still stand, although some tilt precariously and more than a few lack a complete roof overhead. The fields where Harriet Tubman toiled are still there. 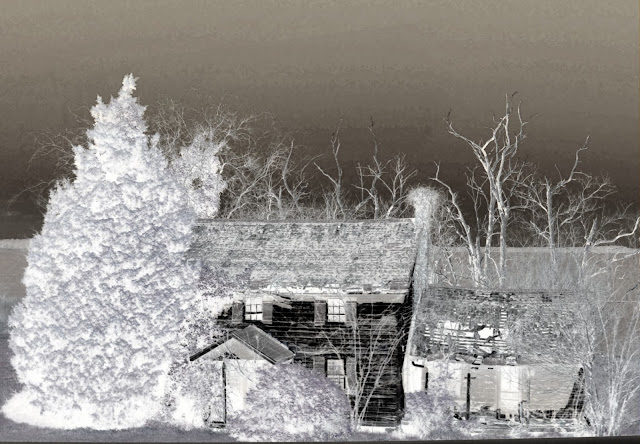 It is in this landscape, of the marshes and the scrub woodlands and farm fields, that Burgoyne spins her stories about Big Liz, an enslaved African American who was quite probably a Union spy; she was murdered by her master -- who sympathized with the South -- to make an example of what happens to slaves who dare defy the plantation owners.

Big Liz, or so the story goes, was forced by her master to dig a hole in which to safely store his money. After the money was safely buried, he murdered her. To this day, she can be seen, roaming the local marshland, enticing gullible individuals to follow her into the swamp to find the money. Only, if you follow her into the swamp, they warn, you will never emerge alive.

The bus tour brings us through the depths of Dorchester County, down along Smithfield Road and to Hoopers Island. While traveling along Smithfield Road -- known locally as the most haunted road in the county -- we hear about a little girl ghost, who haunts her family home where she died. Seems she was a sickly little girl and when she died, her family buried her in their family plot, out back beyond the house and the barn, as was common at the time. (In fact, as you travel through Dorchester County, you'll note many small graveyards -- family plots, although the homes are now gone, the graves yet remain); Seems that years after her death, the area was badly flooded, and as sometimes happens, her coffin, not being buried as deep as the others in the family plot, got lose and floated up to the door of her former home. The lid of the coffin was ajar, and as her family lovingly adjusted the coffin lid, they stole one last glance at their little girl. They noticed, to their horror, that there were marks on the inside of the coffin lid: she'd been buried alive. Her ghost can be heard faintly crying inside the house where she once lived. 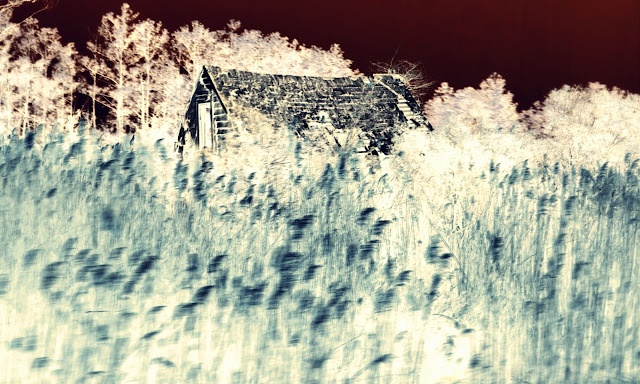 We also hear about two individuals who disappeared, never to be seen or heard of again, on the very same day of the year, seven years apart from each other in 1953 and 1960 -- amazing in a village with just 50 or 60 inhabitants. On Hoopers Island -- and note, if you want to say it like the locals, you'll pronounce it "huppers" -- you'll hear about the best crabcakes that can be found in Maryland and about "Mary's ghost," both of which can be found at Salty's Restaurant. The ghost is called "Mary's ghost" because it first haunted a waitress named Mary. What's so cool about this stop is that Mary, a long-time waitress at Salty's, comes out to tell you about the ghost which haunts the restaurant, which is in a former school building. Mary is an excellent and animated storyteller, with a fine sense of humor and a flair for the dramatic! It is so rare that you actually get to hear a ghost story from someone who's actually experienced it. On this tour, you get to! 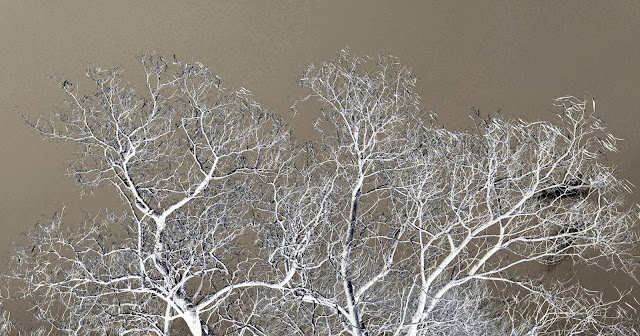 In all, you make three or four stops at various haunted locations, and hear 38 ghost stories over the four hour (plus) bus tour, that takes you from Cambridge to Trinity Church cemetery to visit Anna Ella Carroll's grave to Hoopers Island then through the Blackwater Wildlife Refuge and finally to Decoursey Bridge where Big Liz haunts the surrounding swamps. During lulls in the storytelling, folks on the bus generally chat and exchange pleasantries, a fun way to spend an afternoon!

Mindy Burgoyne is a Maryland State Government employee, a mom, grandmother, and wife, but also a prolific writer, blogger, and business woman. Pretty amazing, actually. This is what someone can do with talent, a little imagination, a lot of curiosity, and a lot of energy. 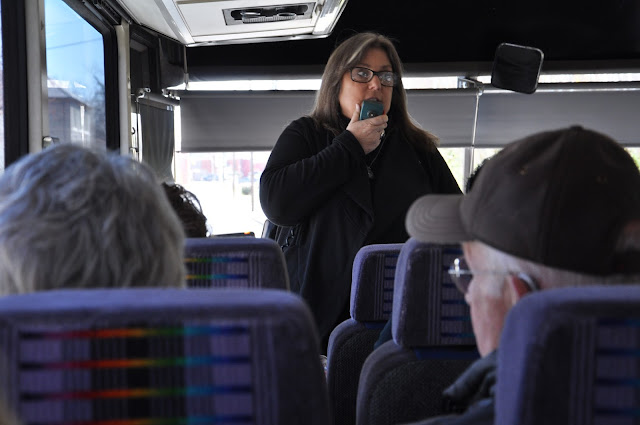 Burgoyne said she started researching local ghost stories because she lives in a haunted house, and from her ghost stories and her blog, she received requests for tours. During the bus tour, when she was describing some of the activity in her home, she referred to it as the Delmarva's Amityville Horror.

Getting there: Check the website below for tour times and locations. 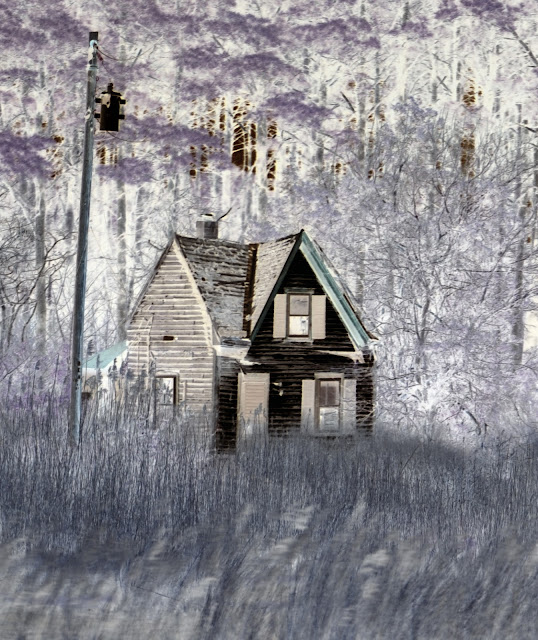