Born in Maryland in 1820, Harriet Tubman escaped slavery in 1849 to become a leading abolitionist. She led hundreds of enslaved people to freedom along the Underground Railroad.

During the Civil War, she helped the Union Army, working as a spy, among other roles. After the Civil War ended, Harriet dedicated her life to helping impoverished former slaves and the elderly, establishing her own Home for the Aged. She really was an amazing woman -- not just for her time, but for all time.

That's why I was really excited when the Harriet Tubman State Park opened up in early April in Church Creek, MD -- just below Cambridge in Dorchester County. 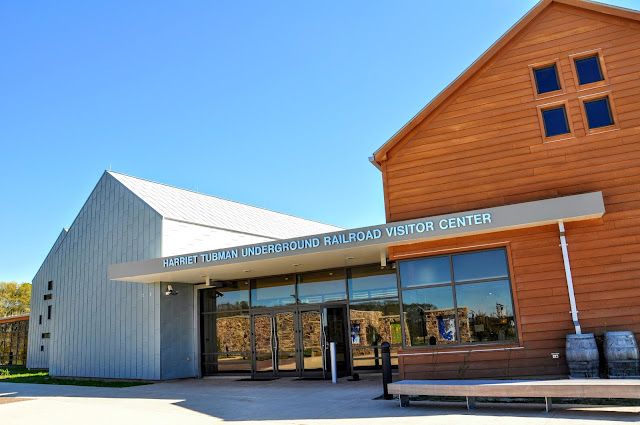 The Harriet Tubman Underground Railroad Visitor Center immerses visitors in her world through informative, evocative and emotion-provoking exhibits, explaining how the landscape of the Choptank River region shaped her early years and the importance of her faith, family and community. 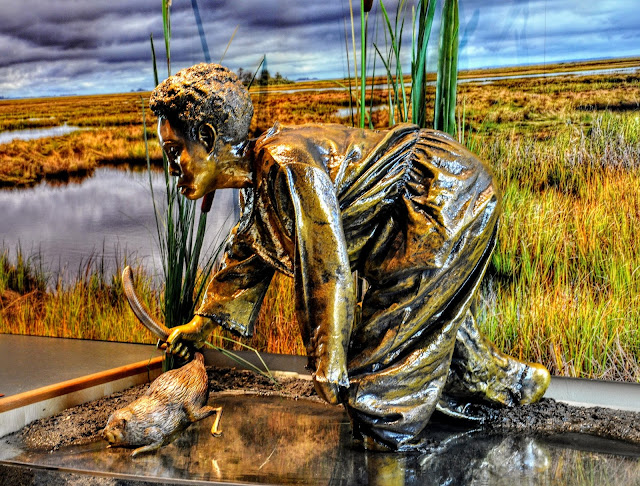 The exhibits also feature information about Tubman’s life beginning with her childhood, her escape to freedom, her time as a conductor on the Underground Railroad and her continuous advocacy for justice. By the time Harriet reached adulthood, around half of the African-American people on the eastern shore of Maryland were free. It was not unusual for a family to include both free and enslaved people, as did Tubman’s immediate family. In 1844, Harriet married a free black man named John Tubman. Little is known about John Tubman or their marriage; it is notable that he chose not to go with her North when she escaped, and that he quickly remarried another, local girl.

Harriet escaped from slavery in 1849 via the network known as the Underground Railroad to travel the nearly 90 miles to Philadelphia. She crossed into the free state of Pennsylvania with a feeling of relief and awe, and recalled later: “When I found I had crossed that line, I looked at my hands to see if I was the same person. There was such a glory over everything; the sun came like gold through the trees, and over the fields, and I felt like I was in Heaven.” 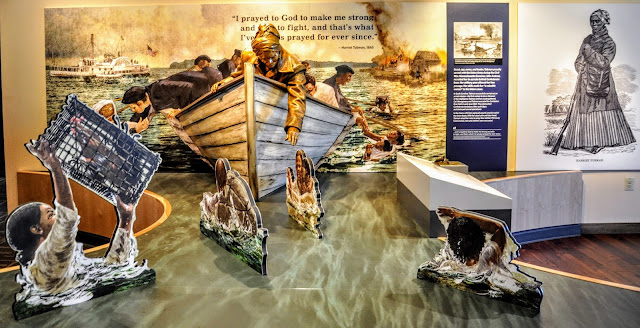 After exploring the visitors center, we headed toward Hoopers Island to Old Saltys Restaurant for what I believe may be the best crab cakes in Maryland (although admittedly, I have not surveyed every last crab cake). The crab cakes were notable for truly NOT having much filler -- unusual even when some restaurants claim they use little filler. The crab cakes were incredible. I definitely will be heading back. Although it doesn't look like much from the outside, if you're in Dorchester County, you should drive the few extra miles down Hoopers Island Road to go to this restaurant. 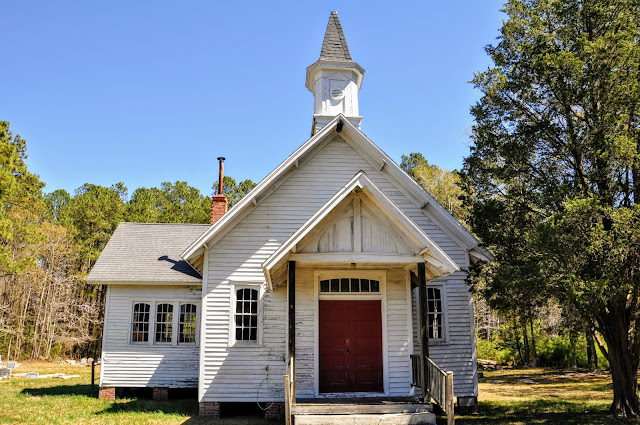 After lunch, we started the Harriet Tubman Byway, admittedly not in the order of stops listed. Incredibly, Harriet returned to the area repeatedly, risking her life and freedom to rescue both family members and other enslaved individuals in the Dorchester County region. In fact, she was the most famous "conductor" on the Underground Railroad, an elaborate secret network of safe houses organized to help enslaved individuals escape to freedom in the north.

Years later, she said of her time as a conductor for 8 years on the Underground Railroad, "I can say what most conductors can't say -- I never ran my train off the track and I never lost a passenger." 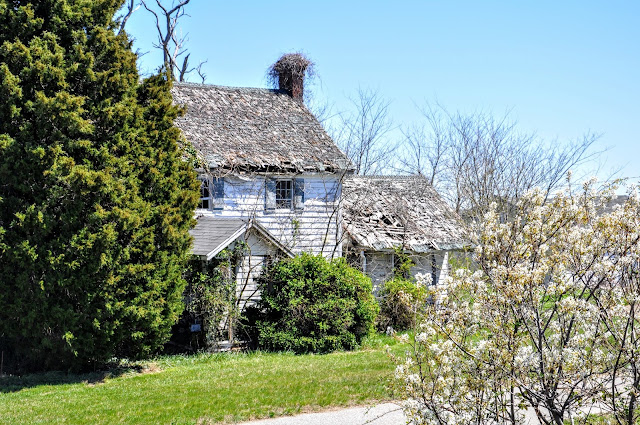 Because we were coming from Hoopers Island, to start our driving tour on the Harriet Tubman Byway we headed up Smithville Road to stops 11, 10, 9 and 8 first. First, and noteworthy, the drive through the marshy countryside is beautiful and amazing. The swamps and marshland of Dorchester County are some of the loveliest, and as I've noted before in this blog, also eerie in their desolate beauty. 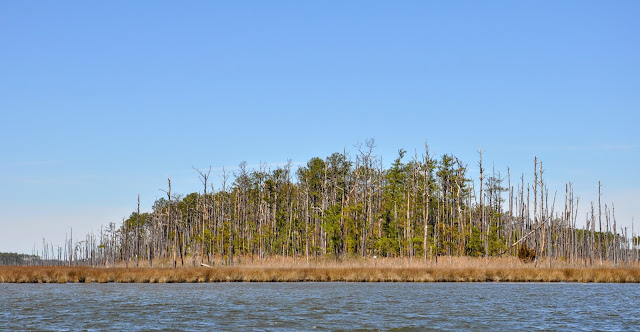 We also saw the remnants of Dorchester County's history -- old and faded churches, abandoned old homes now crumbling into the earth. Being me, I stopped to photograph almost every one of them, as I wondered who had lived there, what their lives had been like... 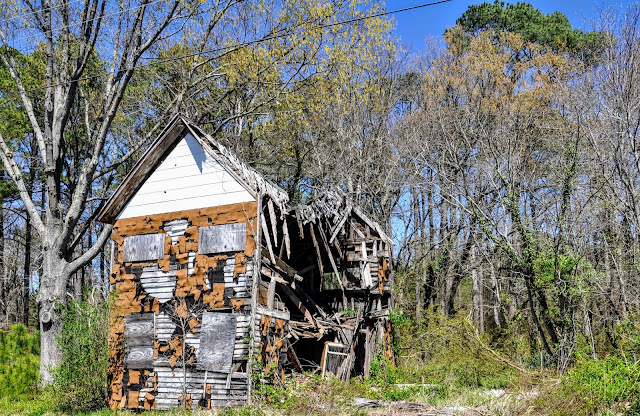 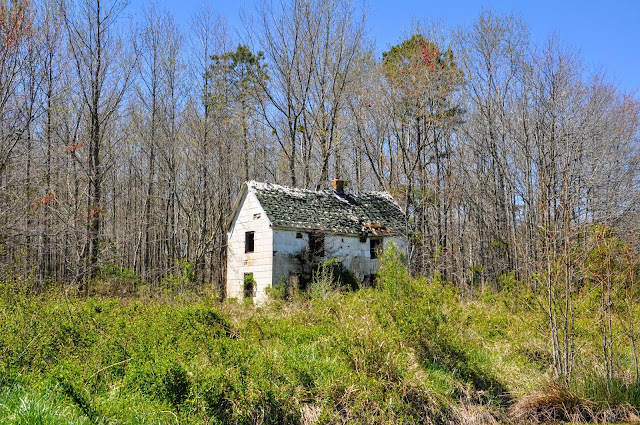 We easily found the New Revived Church (stop #11), which wasn't even there in Harriet's time. However, it is noteworthy because it exemplifies the life of faith -- and the community and support that that religious faith provided African Americans both during and after slavery. Following the Civil War, several Methodist churches, such as the New Revived Church, opened in the area, although after World War II, they shut down one by one, and now form the congregation at the New Revived Church.

Sometimes the driving tour was frustrating. Stop #10, Parsons Creek, is inaccessible completely unless you wish to canoe or kayak to it (a possibility for another blog post).

At Malone's Church (stop #8) we got out to take photos, noticing some very old gravestones in the back of the church yard, and made our way back. We saw there were Tubmans buried there: Moses and Evelina. We wondered whether Harriet had known Moses and Evelina, whether they too had been enslaved or free, like John Tubman. Were they related to her husband? What were these people to her? Before her escape to freedom, did she laugh and dance and gossip with them? I wanted to know more. 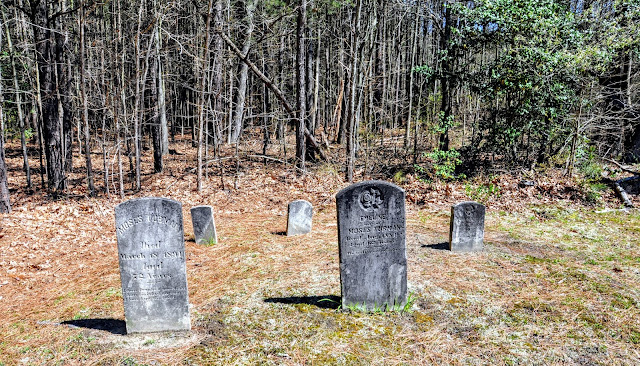 Then too, the guide notes that Harriet had probably been born on a farm on "nearby Harrisville Road" but that the farm is currently private property. I wondered why -- since the driving tour takes us past other sites on private property -- they didn't at least have a drive by? I was tempted to look for Harrisville Road ourselves, but then figured, without knowing the location of the farm, it was pointless. Furthermore, any buildings that she would have been in back then have long since disappeared. It's only recently that Maryland has been interested in preserving the physical artifacts of its enslaved community.

NOTE: After this post was published, a Harriet Tubman Underground Railroad Byway representative more fully explained why Harrisville Road is not on the driving tour: "The site is on private property down a rutted dirt road, and for privacy and safety reasons, we don't feel we can safely send tour buses and visitors down that road." So disappointing as it is, the explanation is reasonable.

We looked at the surrounding fields. Were these paths here when she trod this ground? What thoughts went through her mind? Of course, there's never any answer to questions like these, although I've added her biography to my already too long reading list.

We took a few wrong turns. The byway will lead you through the Blackwater National Wildlife Refuge (stop #14). Keep your eyes peeled -- you're almost guaranteed to spot a bald eagle. We watched this amazing and dramatic scene of an adult bald eagle harassing and then chasing away two juvenile bald eagles, which I will feature in next week's post.

The forests, marshes, and waterways that comprise the refuge are pretty much the same landscape Harriet would might have seen during her lifetime.


We headed home after stop #24, Choptank Landing. We certainly learned more about Harriet Tubman, but I still felt she was a mystery. How did she come by that force of will that led her to her freedom, and then back into the extreme of danger so many times? What indications were there as a child that this woman would become the American hero she turned out to be?

The Harriet Tubman Byway is well worth your time, however. The beauty of Dorchester County reveals itself, as do some of the experiences of the African American community that lived in the county throughout this country's history. The history of the enslaved individuals in America, and their lives and communities post-emancipation is a history that has been sadly neglected by our history books.


Know before you go #1: Download the Harriet Tubman Byway app before you leave home (when you can download all the data on your wireless internet)! Cell service was spotty at the visitor's center and it all but disappeared several times along the drive - which means, you'll definitely want a hard copy of the Underground Railroad driving tour!

Know before you go #2: Bring a navigator to help spot those hard to find turns and Tubman Byway sign posts.

Hours: The visitors center is open 9 a.m. to 5 p.m. daily, except for major holidays.

Do you love to day trip? Share this blog with your family and friends on FB -- here's the link: www.MidAtlanticDayTripsBlog.com