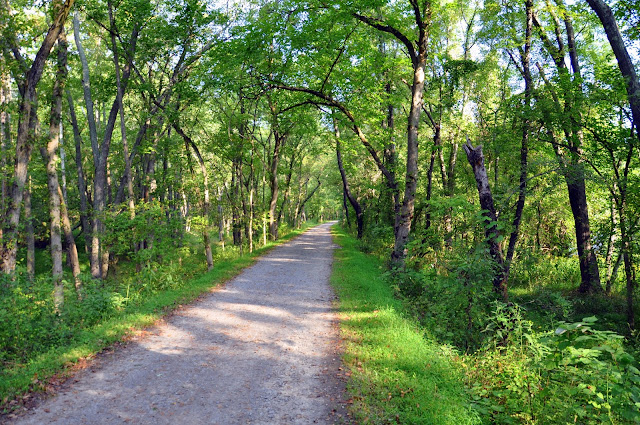 Our destination on this lovely, late summer Sunday morning was 20 miles of the C&O Canal between the Paw Paw Tunnel (mile marker 156.2) and Lock 56 (mile marker 136.2), which is the terminus of the Western Maryland Rail Trail, which we've biked several times. 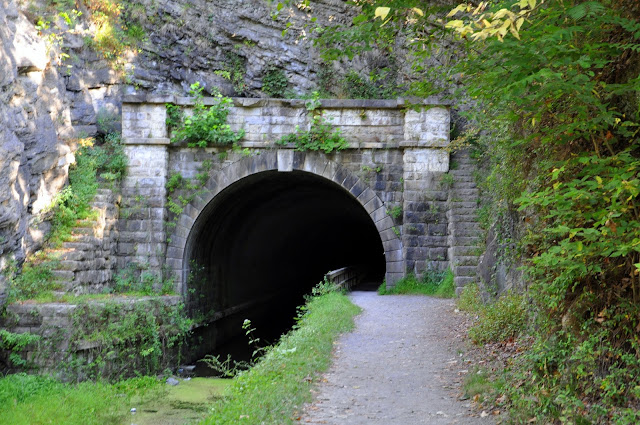 The Paw Paw Tunnel cuts 5 miles length off of the C&O Canal, but cost the canal 12 years in its building and nearly bankrupted the C&O Canal Company. It is a remarkable structure, three-fifths of a mile long. In the center, it is pitch black, although you can still see light from each entrance. It is eerie in the darkness, even with flashlights and lights from our phones. Halfway through the tunnel, my camera suddenly stopped working. It was too dark to fiddle with it, and when we emerged, it resumed taking its photos, and I breathed a sigh of relief: I'll have photos for this blog post after all! 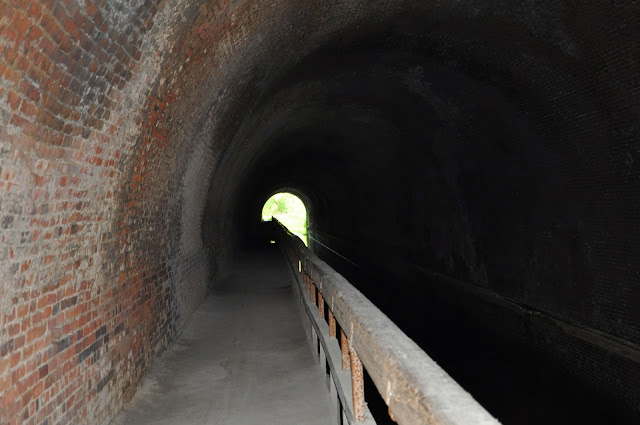 In the tunnel, the towpath is quite uneven, and very narrow, as is the canal itself. There are potholes and water has created a washboarding effect that makes the path through the tunnel quite bumpy and unpleasant. We opted to walk our bikes through the tunnel, since there were several groups of hikers also walking through at the same time. Walking our bikes through also enabled us to appreciate the length of the tunnel and the workmanship. At one point, I noticed a hole in the wall, revealing layers of bricks, and it was then I started appreciating just how much labor went into the building of the tunnel. 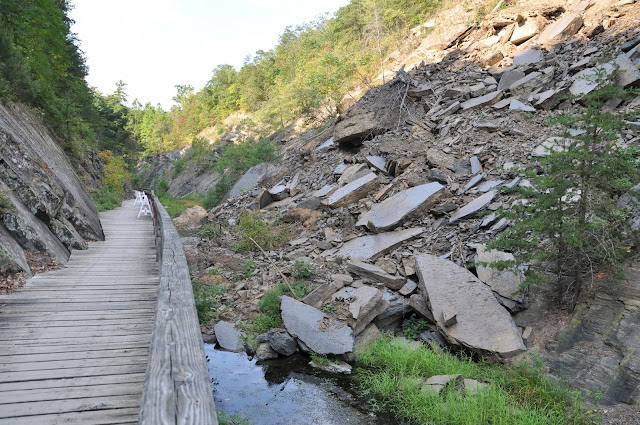 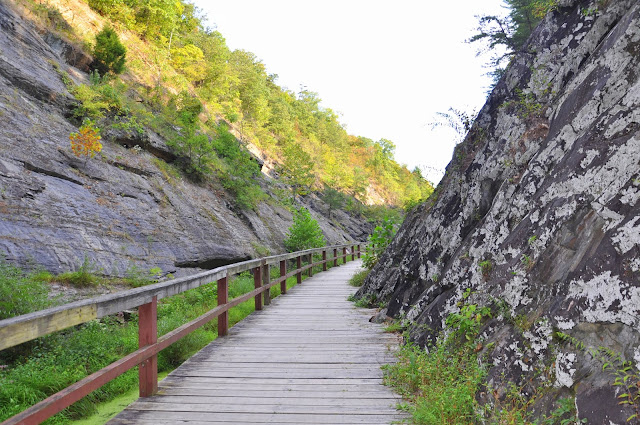 We noticed that there had been a recent rockslide as we exited the tunnel, effectively damming the canal, which had water in it through the tunnel, and off and on throughout our ride down to Lock 56. As you exit the tunnel, you pick up a board walk for a few hundred feet that will jar your innards. After the boardwalk, the towpath again became hard-packed fine gravel, but in two tracks. 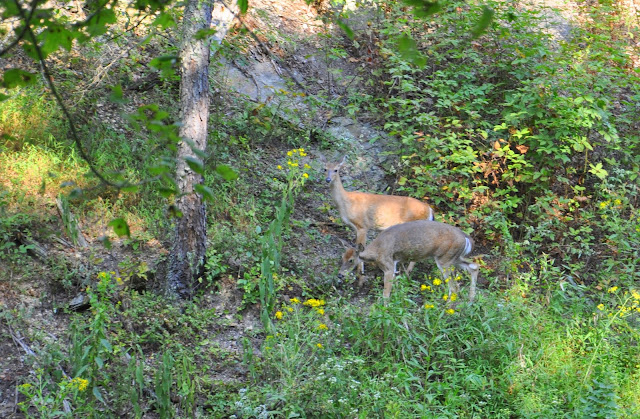 Once we left the immediate area around the tunnel, we found we were quite alone, only passing one or two other cyclists -- headed in the opposite direction -- until we got close to Fifteen Mile Creek, when we began seeing hikers and cyclists regularly. This is the section to head to if you're seeking some interesting, and often spectacular, scenery and solitude. We saw a variety of large birds -- hawks and heron and ducks. We also encountered several groups of white-tailed deer in the canal or near the towpath. 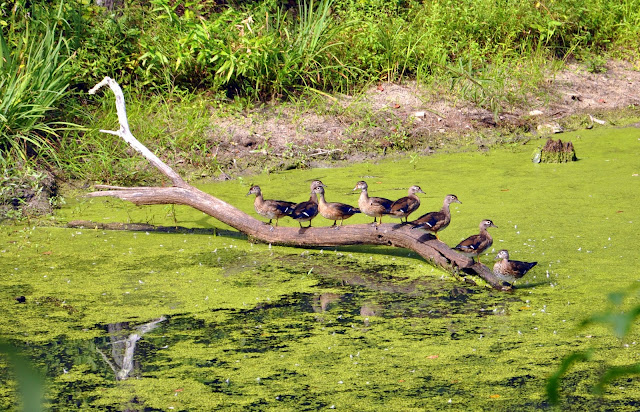 The first thing we noticed were Locks 66, 64 2/3, and 63 1/3, a series of three composite locks quite close to each other. The strange numbering is due to the canal company discovering it needed one less lock than it had planned, so it covered the difference by numbering two locks with fractions -- I guess it made sense at the time. Apparently, newly hired park employees are often gently hazed by their more-experienced colleagues by being sent on errands to Lock 65. That will teach them to read up on the history of the park they're working in! 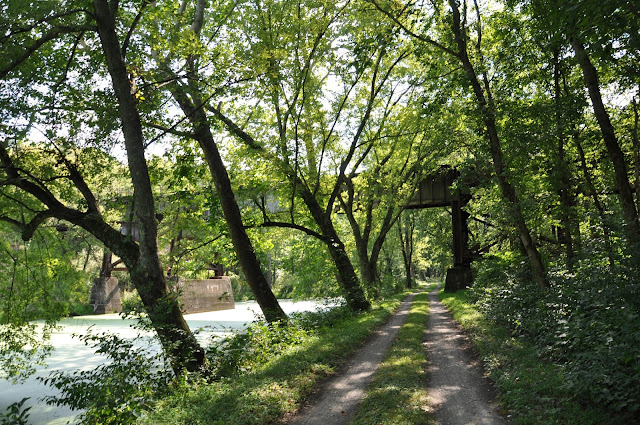 The occasional locks and lockhouse ruins further down the canal and the Western Maryland Rail Road trestles passing overhead as the WMRR took a more direct route than the canal through the Paw Paw Bends, crossing the Potomac River several times in and out of West Virginia and Maryland.

Once we were through the Paw Paw Bends, the canal more closely paralleled the Potomac, affording some lovely vistas during the ride. 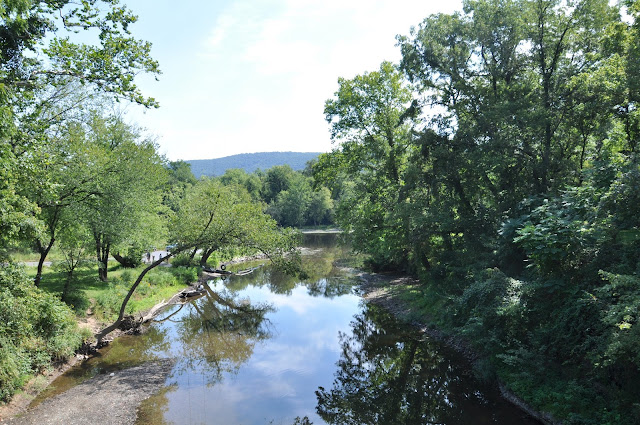 Getting there: There are no good addresses for the small parking lot at Lock 56, where we ended our ride. We used the information available via www.candocanal.org/access.html to find directions to access points on the canal. 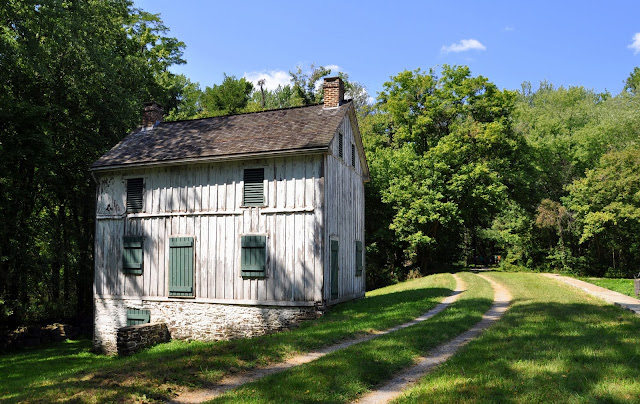 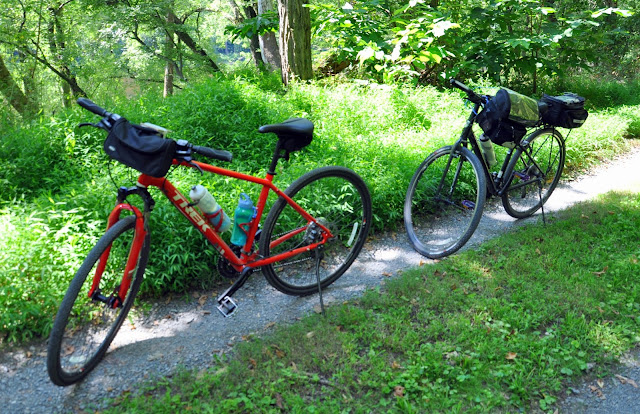