Lovely Urban Oasis at the US National Arboretum

I'm always excited to discover an urban oasis -- a place to retreat far from the madding crowd! In fact, I spent this past Sunday morning exploring just such an oasis: the U.S. National Arboretum. The National Arboretum is a garden, a park, and a research institution, part of the USDA. Its 446 acres include world-famous collections, such as its azalea, bonsai, and Asian plant collections.

It is green and lush and colorful. There are wooded walks and expansive meadows and quite a bit in between. 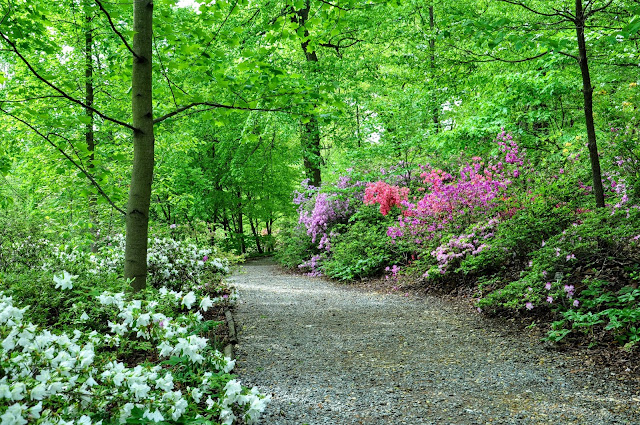 Because it's about to be the peak for azaleas, I headed first to the lovely Azalea Walk. Many of the azaleas hark back to the late 1940s, when Arboretum staff planted more than 15 thousand azaleas on the south side of Mount Hamilton, the highest point in the Arboretum. These first azaleas were all hybrids developed by B.Y. Morrison, first director of the Arboretum. He bred these azalea varieties for larger flower size, a wider range of plant color and bloom times, and hardiness for the Washington, DC area. A landscape architect by trade, he arranged the bushes into large sweeps of overlapping color and times of bloom. The "back part" of the Azalea Walk is cordoned off at the moment, to allow two bald eagles some privacy to raise their young. 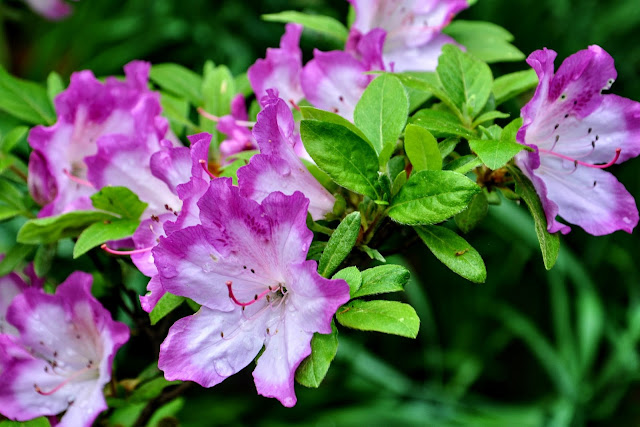 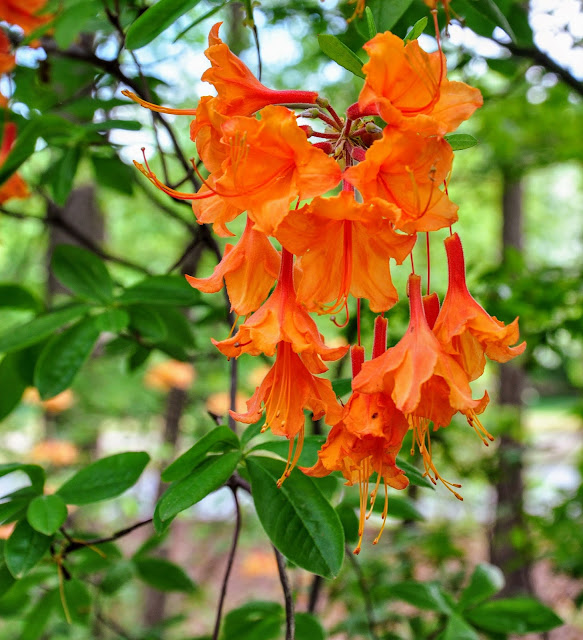 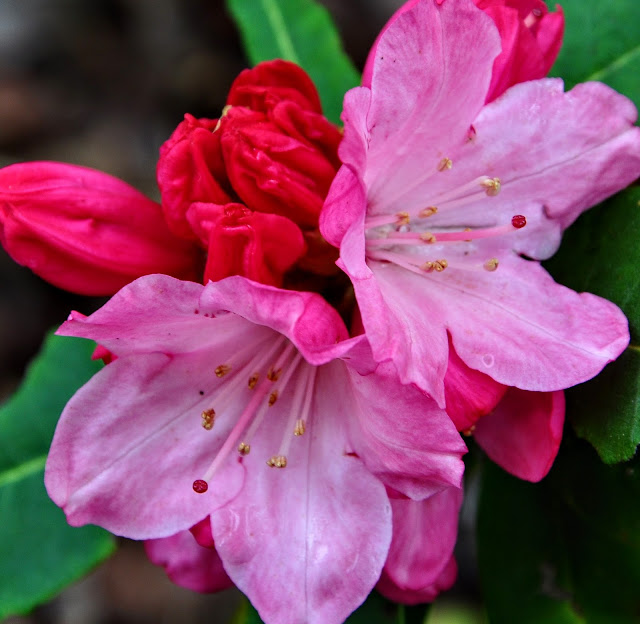 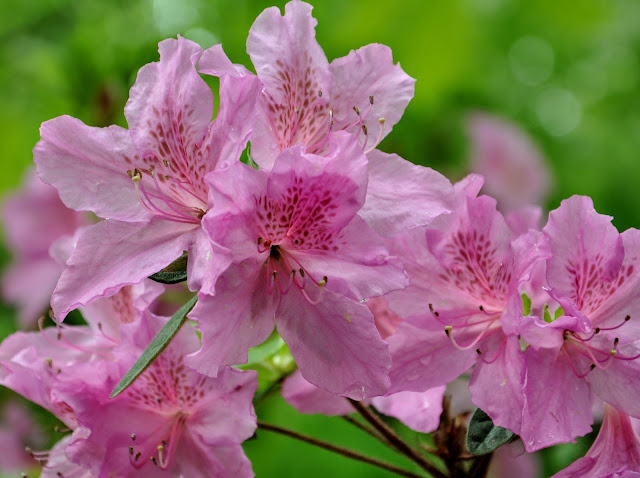 There is both a woodland walk through the azaleas and a formal, hardscaped garden, dedicated to Morrison. Throughout both, there are thousands of azalea bushes, which will bloom through June. 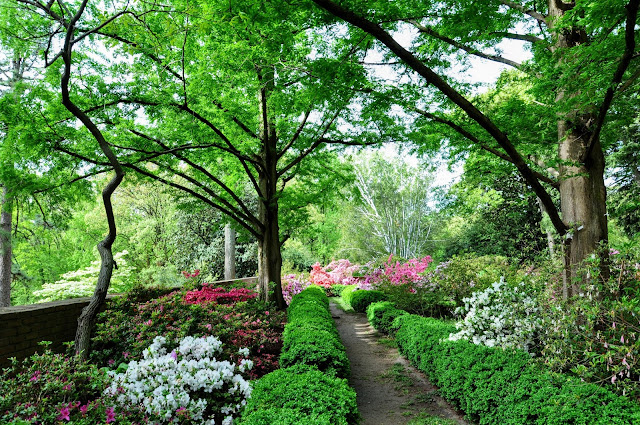 The Arboretum offers some surprises -- stately and mysterious columns rising out of the meadow, like Greek temple ruins. As you travel around the grounds, you enjoy different views of the columns. The arrangement of 22 Corinthian columns, originally from the US Capitol building, are placed amid 20 acres of open meadow, known as the Ellipse Meadow.

The columns were originally built as part of the east portico of the Capitol in 1828, long before the familiar Capitol dome was completed. However, when the dome was completed in 1866, it appeared inadequately supported by the columns, because the iron dome was significantly larger than the dome that the designer envisioned. To correct this visual illusion, an addition to the east side of the Capitol was constructed in 1958 and the columns were removed.

On the grounds is a camillia row, featuring a variety of camillia hybrids. In the 1970s, there used to be more than a thousand camellias there, but a series of really harsh winters killed all but a few. Arbortetum research geneticists recognized this as an opportunity, and crossed the survivors with the more showy but fragile camillias, to develop more winter-hardy cultivar, which now grace camillia row. 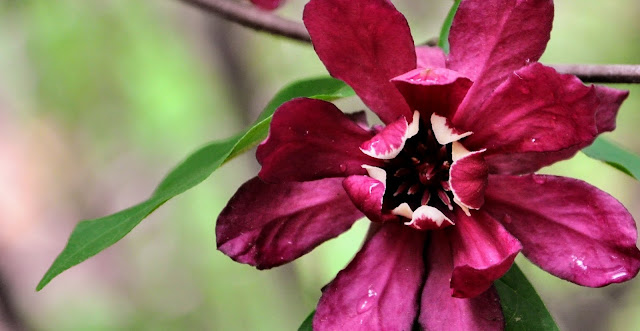 There is the Asian Collections, leading down to the Anacostia River along a dramatically landscaped hillside. I noticed several iris, many varieties of hosta (one of my favorite garden plants), and more
than a few trees and flowers I do not know the name of, but which added to the overall beauty of that particular area of the Arboretum. In fact, the hosta is an example of one ornamental plant that was introduced to the United States from Asia and has now become commonplace. The original hostas were planted in the sheltered slope of the Asia Collections to determine its "garden worthiness" for this country. 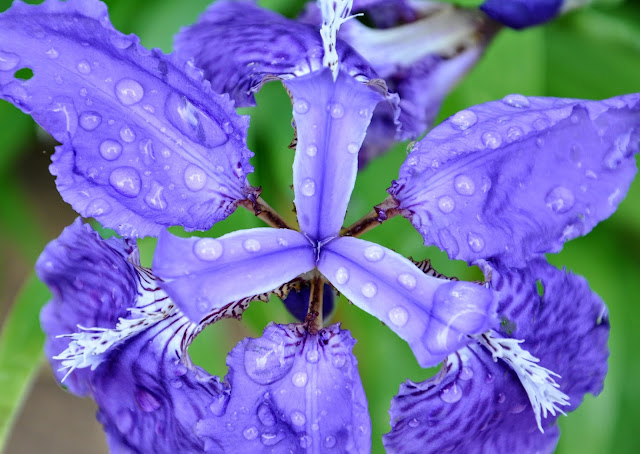 In addition, there is Fern Valley, dedicated to native plants, and planted with native wildflowers, ferns, trees and shrubs. This is where many of the smaller wonders hid -- a fern still unfurling, delicate wild flowers. 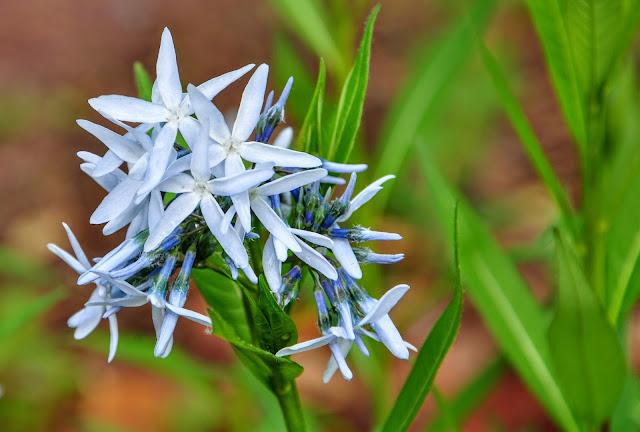 Ultimately, I made my way to my goal: Dogwood Alley, an expansive lawn surrounded by a variety of pink and white dogwoods. Here, as elsewhere in the Arboretum, there are benches strategically placed to offer a few moments of rest and solitude, an opportunity to contemplate and appreciate the tranquility of the grounds and the beauty surrounding you. 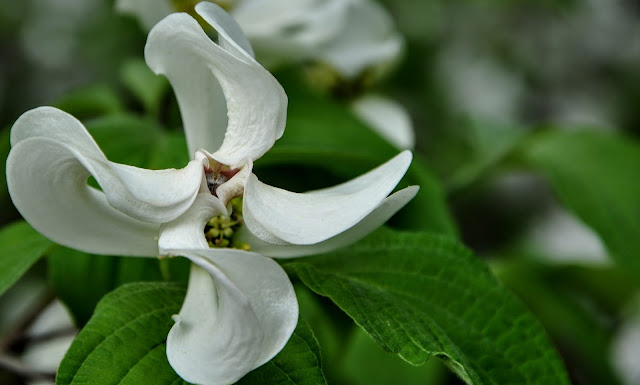 Know before you go 1: Bring a bike, but if you do, bring a lock because there are a few trails that don't lend themselves to being biked over, and you'll want to park it and know it'll be there when you return! Or wear good walking shoes. And a hat, because not every path is shaded. Also, there are several places that are great picnic sites, so bring a cold picnic as well (there is no place to grill or barbecue).

Know before you go 2: So, when is the best time to go? Just about anytime in the spring, summer and fall -- there's always something blooming. Find out is in bloom on the What's Blooming page. 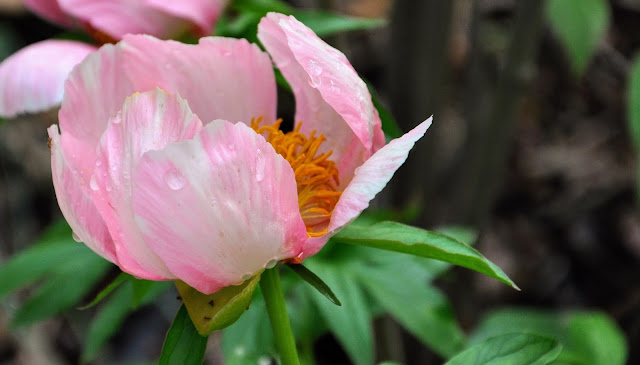 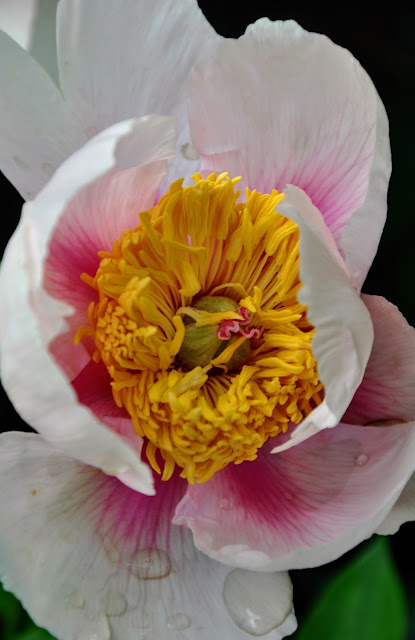 Hours: 8 a.m. to 5 p.m. almost every day except Federal holidays; admission is free.

Dogs: Yes! (Just not in the Bonsai museum.) 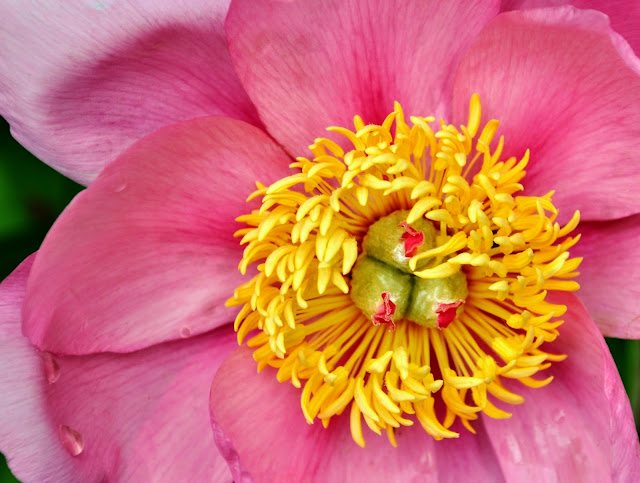