A Fort Not to Miss: Fort Delaware

Over the course of several years of writing this blog and just because of a natural curiosity about any potential day trip destination, I've visited the major forts in the immediate Maryland vicinity. It is true that each fort has something special about it -- Fort McHenry has that magnificent historical attachment to the foundation of this country's patriotism -- the Star Spangled Banner (both the anthem and the flag). Fort Washington is just an incredible fort that combines ironic war-time failures with an imposing presence. Fort Foote is all about its ruins. Fort Necessity recalls the early days of our nation's history, before we even were a nation. And Fort Frederick is an imposing site that served a valuable role in our nation's history, when Western Maryland was on the frontier, but offers unique proximity to the C&O Canal.

Fort Delaware, like many of the other forts in the U.S., never saw a shot fired during a war. Its working life spanned from before the Civil War through the Second World War, but mostly served as a prisoner of war camp during all three major conflicts (most of the Confederates taken prisoner during Gettysburg were confined at Fort Delaware).

Fort Delaware, now a Delaware state park, is located on Pea Patch Island, in the mouth of the Delaware River. It served as defense for one of our country's most important cities in the early 1800s: Philadelphia. The walls stand surrounded by a moat of brackish-looking water, but the fort is an imposing and awesome structure to behold. 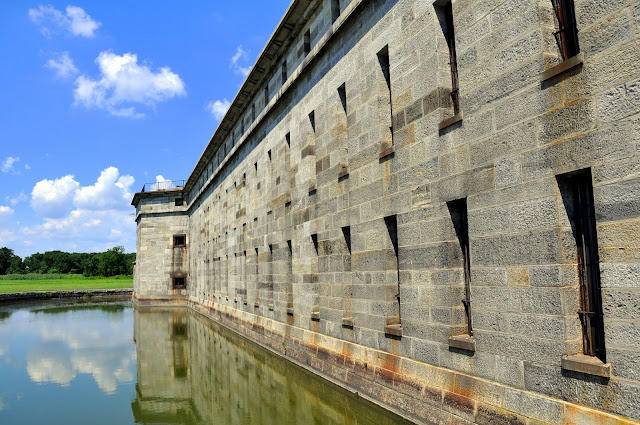 I don't know how I first learned of Fort Delaware, but I brought my two sons there several times throughout their childhood, the first when they were just toddlers. The combination of the fort, the ferry ride and Delaware City itself made it a favorite destination. They always enjoyed the cannon and musketry demonstrations, although a variety of programs are held throughout most weekend days, including "Feeding Fort Delaware," a "Living History Tour," and a "Behind the Scenes Tour." It was this last that caught my attention the day my husband and I recently visited.

This 90-minute tour took us into spaces and places in the fort normally off limits to the public, which is free to browse most of the first floor spaces, the grounds, and some of the second floor rooms -- former officers' quarters -- that have been restored to the late 1800s period. In short, the tour took us into all the spaces I'd wondered about and had wanted to investigate over the years. The tour took us above the gatehouse, where enemy officers had been quartered. 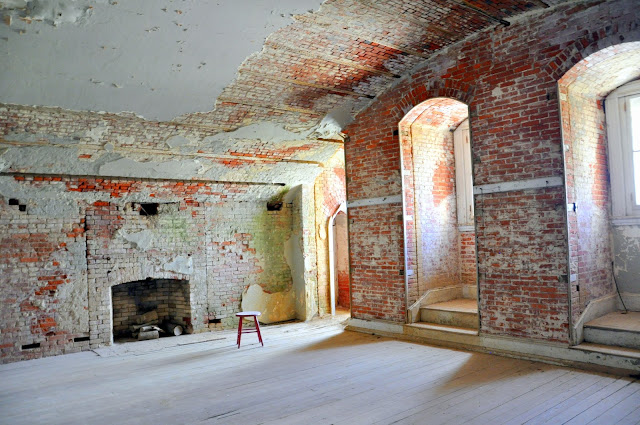 Then we walked back through the sally port into the restored kitchen to see a back stairwell that was missing stairs, which I just found eerie, for no obvious reason. We curled out through the mess hall and up some stairs to the sleeping quarters -- vast whitewashed halls in various stages of preservation and restoration -- and up into the third floor where we got to explore some of the individual rooms, many of which are now filled with supplies for construction projects. Dust covered the supplies, and our guide noted that some of the projects never quite got going due to limited funds. It drove home the fact that this historical fort -- one of America's castles, if you think about it -- is really on the verge of ruin. 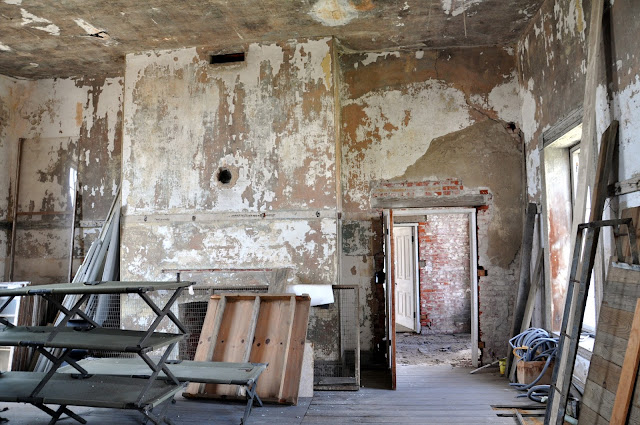 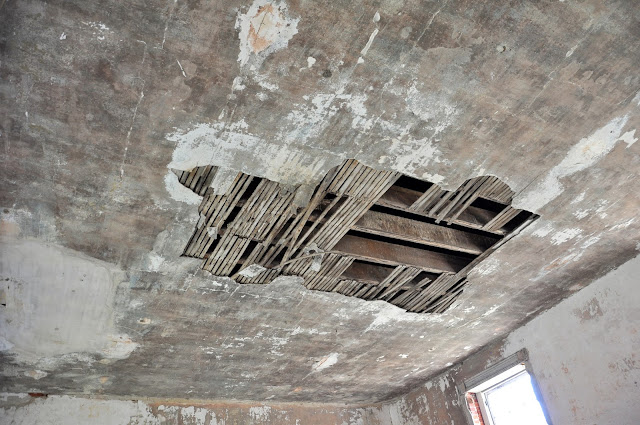 One of the coolest aspects of seeing these third floor rooms, though, is the graffiti scratched into the walls by WWII German POWs. 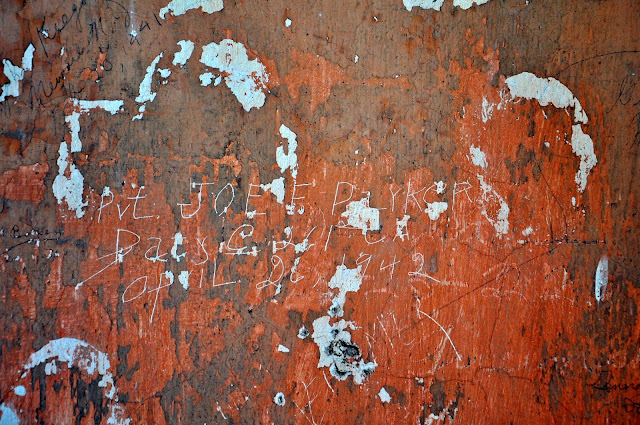 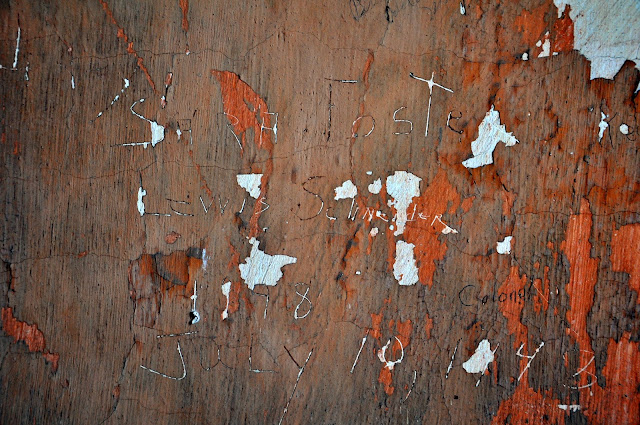 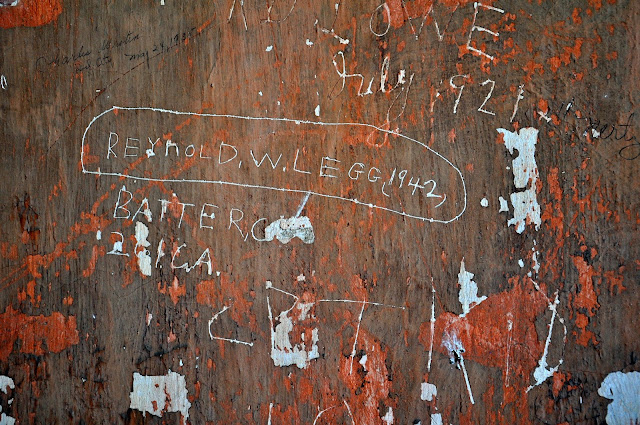 After seeing these rooms, we made our way up a short flight of stairs and emerged onto the roof of the fort, gaining a perspective on the later addition to the fort, the modern disappearing guns on Battery Torbert (also referred to as the Endicott Section), which is the more aesthetically displeasing concrete section of the fort. This portion was built on the eve of the Spanish-American War in 1898. 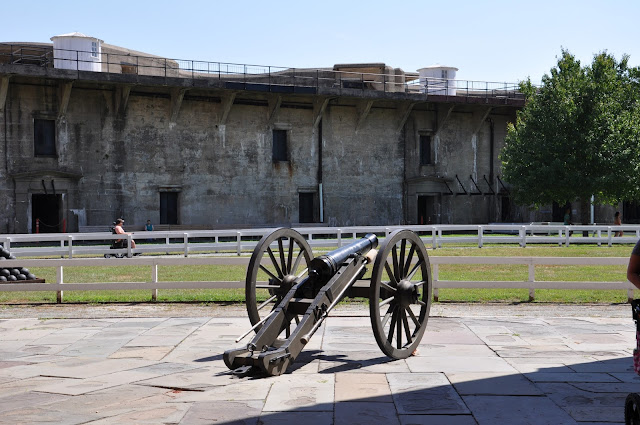 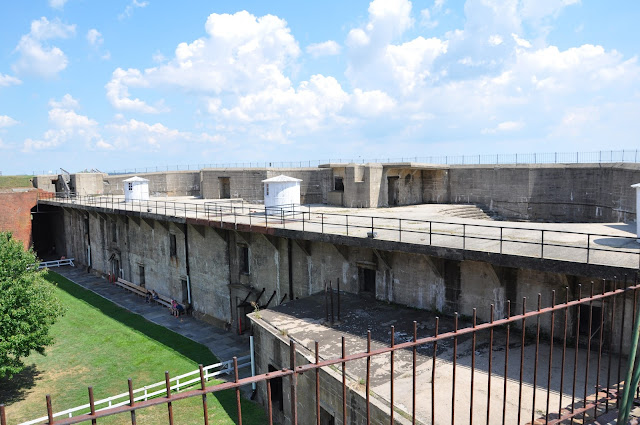 Eventually we made our way back down to the second level, and got to walk THROUGH the officers quarters -- normally the public is only allowed to look through the doors INTO the rooms. The quarters are furnished with period antiques that correspond to what the officers, who had to supply their own furniture, might have used. They lived quite comfortably, in contrast to the fort's other inhabitants. 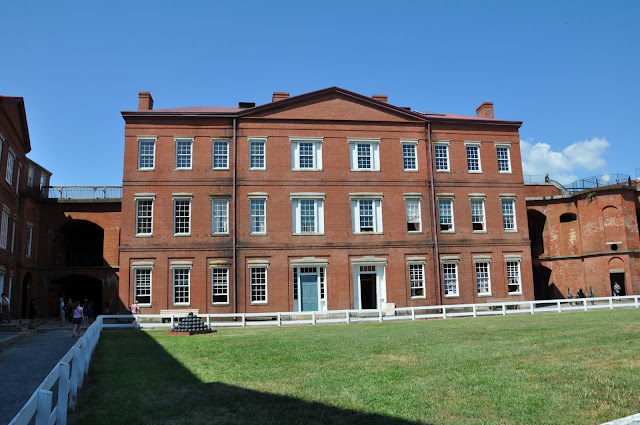 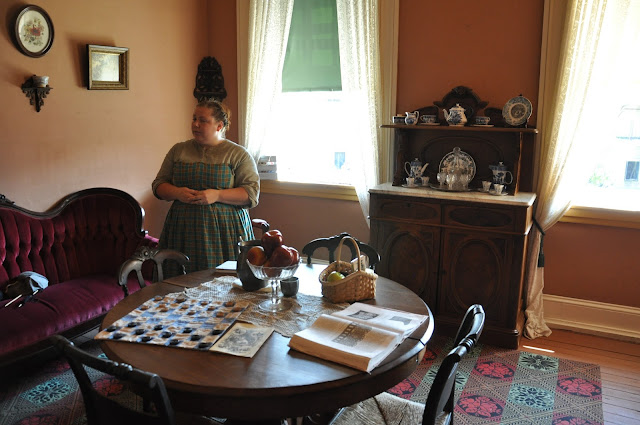 And with that, the fascinating 90-minute tour was over. Yes, I'd definitely recommend this tour!

Know before you go: Wear bug spray and sun screen, because you need both on Pea Patch Island. There is no food concession on the island, although light snacks are available from the gift shop. I recommend packing a picnic if you're planning a lengthy stay, and there are picnic tables located conveniently under some trees in front of the fort. Bonus: bathroom facilities are on the island as well. 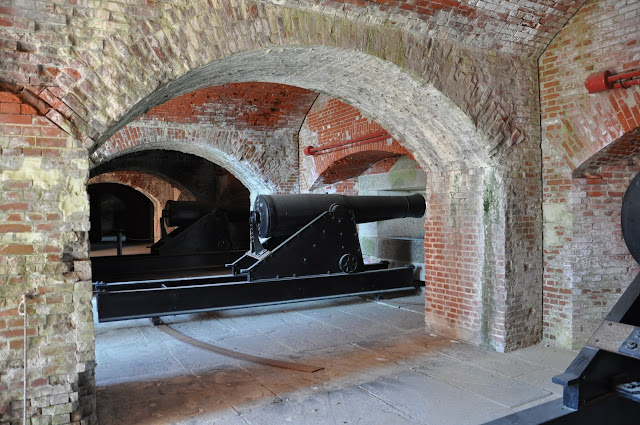 Dogs: Service dogs are welcome on Fort Delaware, but pets must be left at home. 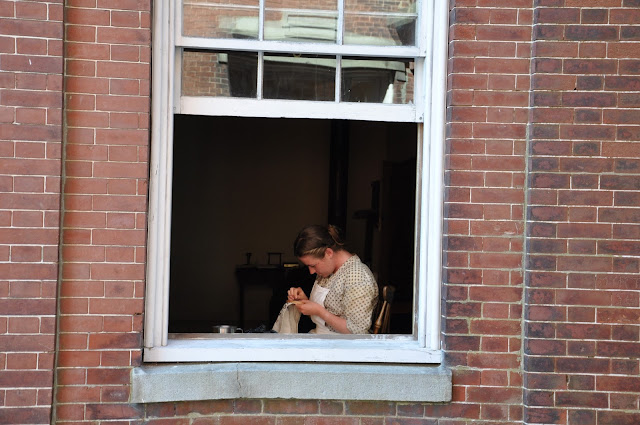 Have you traveled somewhere I haven't blogged about yet? I'd love to hear what you're doing! Email [email protected] if you're interested in being a guest-blogger! 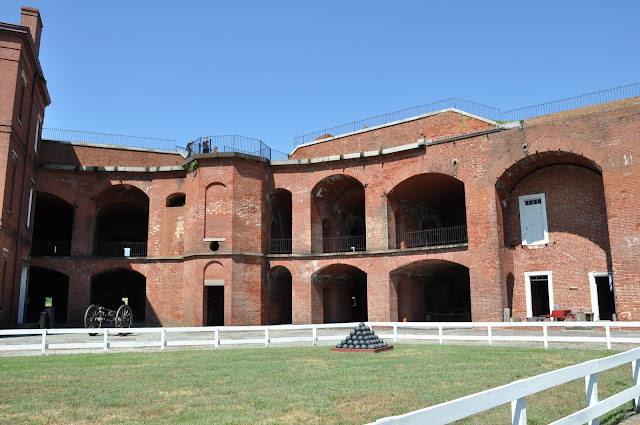